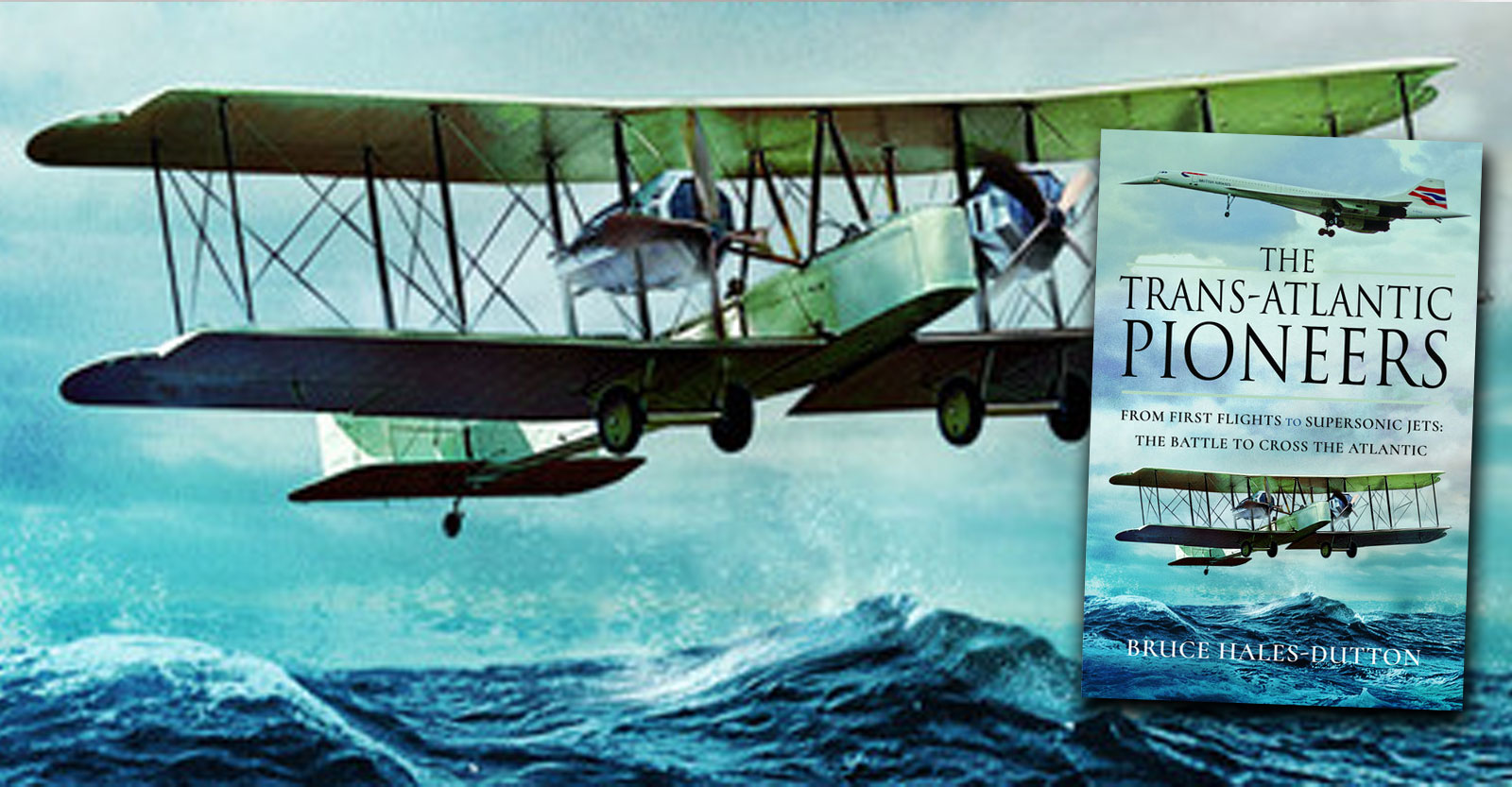 Flying across the Atlantic between Europe and North America has become as normal as taking a car journey.

For millions of people each year, a journey between the two continents can take as little as six hours, and the aircraft used are efficient and cheap to run.

In fact, as Bruce Hales-Dutton explains in the overview of his new book, “Every day up to 3,000 aircraft fly across the Atlantic Ocean. If each one carries 250 passengers, that could mean as many as 750,000 people on the move between Europe and North America.” An incredible statistic.

But roll the clock back a hundred years and the world was about to witness the very first trans-Atlantic crossing.

In June 1919, John Alcock and Arthur Whitten Brown won a £10,000 prize by successfully crossing the ocean in their Vickers Vimy aircraft, battling the elements and a long, circuitous route. But their achievement paved the way for the development of technology and comforts in passenger travel across the Atlantic. 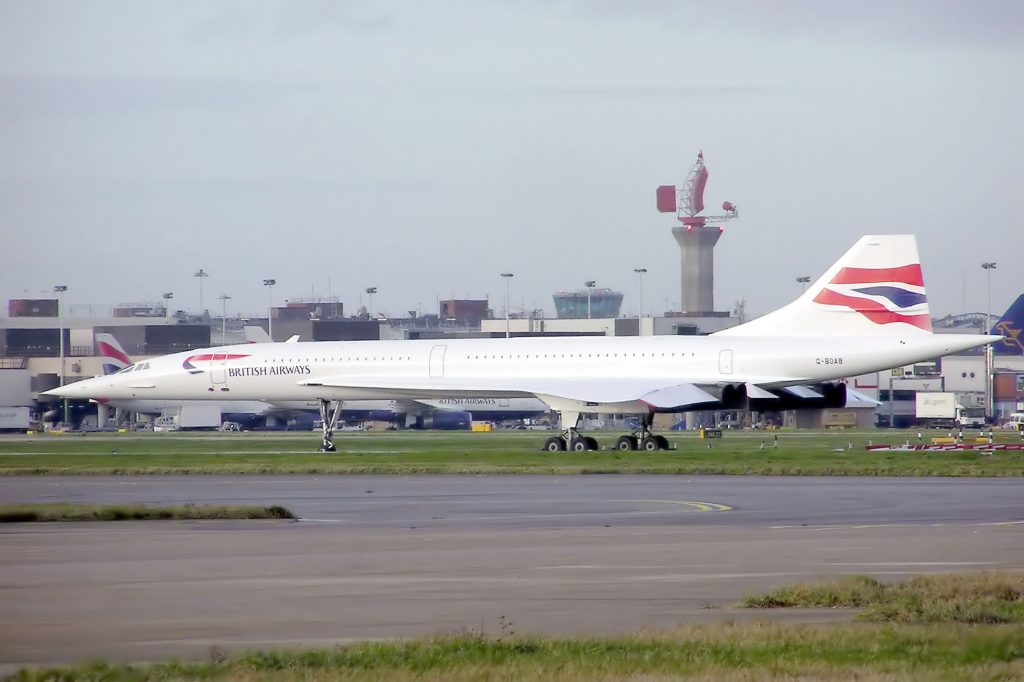 This book, titled The Trans-Atlantic Pioneers, has just been released and offers a fascinating history of air travel across this ocean.

It starts with the background to the first flight and the prize on offer, and goes on to look at the history of the attempts to develop aircraft and air routes, through to the first non-stop flights, introduction of larger and luxurious airliners, jet airliners like the Comet, 707 and 747, and naturally the supersonic Concorde which brought the two continents closer than ever until its retirement in 2003.

The book is bang up to date, even mentioning the fastest subsonic flight between London and New York which was achieved by a Norwegian 787 only last year. 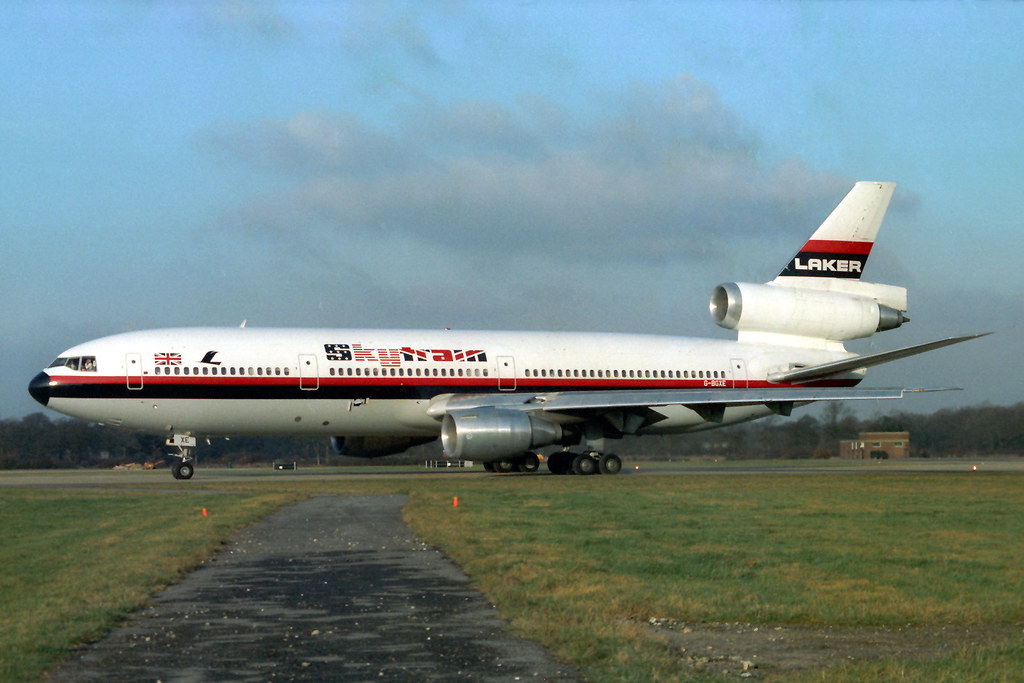 Later chapters look at two of the most significant developments – that of the introduction of low-cost travel across the Atlantic, pioneered by Freddie Laker’s Skytrain in 1976, and the development of a extended twin-engine operations (ETOPS) which reduced the reliance on three- and four-engine airliners from the 1990s onwards.

This is an easy to read and informative book without being too much to trudge through. Fans of airlines and classic airliners will enjoy many of the chapters. 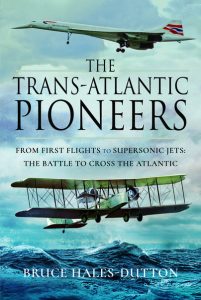 What happened to the 787 “Terrible Teens”?