It’s only a week until one of the most exciting events on the aviation calendar begins.

The Farnborough Air Show 2022 is the first in four years, with the 2020 show being cancelled due to the Covid-19 pandemic.

It is also the first since the controversial scrapping of access to the public over the weekend days, which was announced in 2019 (prior to the cancelled show).

This year’s Farnborough Air Show runs from Monday 18 to Friday 22 July at the airfield in Hampshire.

Thankfully the organisers have relented slightly, and will allow the public into the generally trade-only event on Friday 22 July.

So, with Farnborough traditionally a place to see brand new aircraft and technology, as well as witnessing important airline announcements, what should you expect at this year’s show? First off, if you’re in the UK at the moment you’ll know the weather is hot. And for Farnborough and the south of England, the forecast during the show is only expected to get hotter, with temperatures on Monday potentially reaching over 40 degrees Celsius (104 Fahrenheit).

This is unprecendented, and will set records for the show and potentially the country, and it could affect both the flying display, and the health of those visiting (and wearing the mandatory business attire!).

Later in the week the temperatures will remain hot, but hopefully not as excessive. 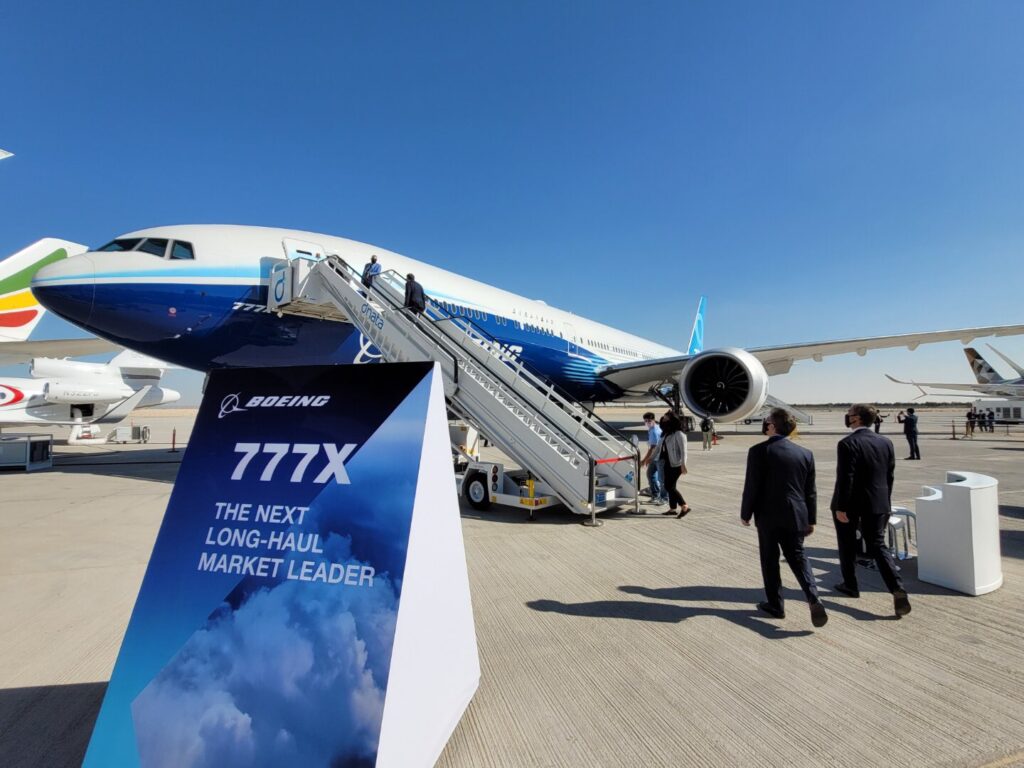 This year’s show promises the latest in aircraft developments and prototypes, hoping to wow customers into orders by showing them round their interiors and dazzling them with incredible flying displays.

Among the civil aircraft at this year’s show, we should expect to see the following:

Plus lots of biz jets and military types. 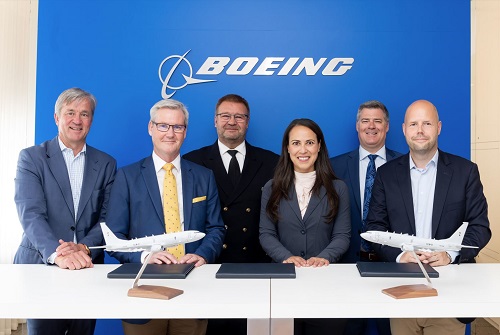 Since trade air shows returned after Covid-19 last year, airlines have been quick to make their future fleet requirements known by placing large orders for the latest types.

Farnborough has always been a place where big business takes place, and this year should be no exception.

4. A Focus on Freighters

Following on from the last point, the presence of Embraer’s new E-Jet freighter options is perhaps a hint that we may see plenty of orders for freighters and passenger-to-freighter conversions.

This has become big business lately, with many other passenger airliners finding a new life as converted freighters.

Boeing has set up various workshops around the world which are working on converting 737-800s into freighters, and it’s also proving popular with older Airbus A321 and A330 types.

As mentioned, many of the aircraft present will perform death-defying displays to show off to the potential customers in the crowd, and great YouTube-worthy footage to go viral online.

There will also be plenty of displays from crowd favourites, like the Red Arrows, Black Eagles, RAF Typhoon and USAF F35A Lightning.

I know from previous visits how impressive it is watching the show being orchestrated on the ground, often with one aircraft departing for its display just as the previous one is landing.

6. The Future of Aerospace

This year’s Farnborough Air Show is all about the Pioneers of Tomorrow.

The aviation industry today is rightly focussed on sustainability, emerging (clean) technologies, and reducing its impact on the environment. It is also looking to inspire the aviatiors and engineers of the future.

According to the air show website, Pioneers of Tomorrow is “an exciting showcase of the very best in science, technology, engineering, arts and mathematics (STEAM) is designed to give students, apprentices, graduates and young professionals considering a career in aerospace unprecedented access to the industry.”

The Space industry will be given its biggest ever showcase at Farnborough this year.

It’s a chance for the leading figures and companies in this space to show off their latest designs, technologies and opportunities.

We’ll be attending Farnborough Air Show this year, and will bring you all of the important news and announcements, as well as a report from the show. Keep visiting AirportSpotting.com to find out more, and keep an eye on our Facebook Page.