Saudi Arabia’s national carrier, Saudia, has this week introduced two special livery aircraft which will delight spotters and photographers around the world.

The special schemes are to celebrate the airline’s 75th birthday. 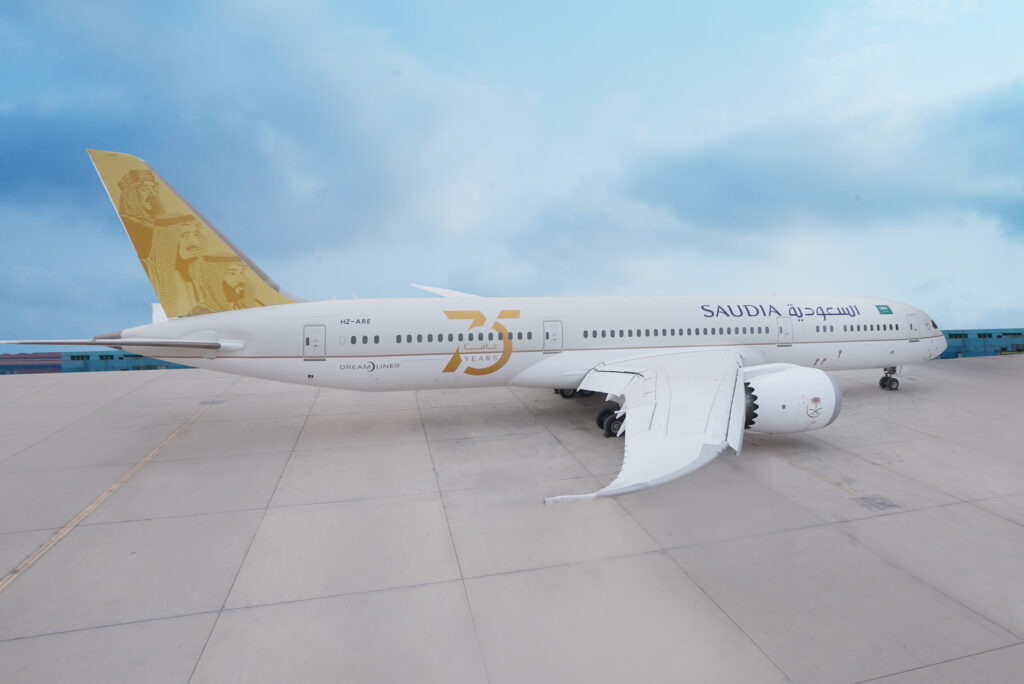 Entitled ‘Flying With Our Leaders’, Boeing 787-9 Dreamliner HZ-ARE is now wearing this special gold livery to celebrate the 75th anniversary of Saudia.

It is adorned with images of the country’s visionary leaders on the tail. 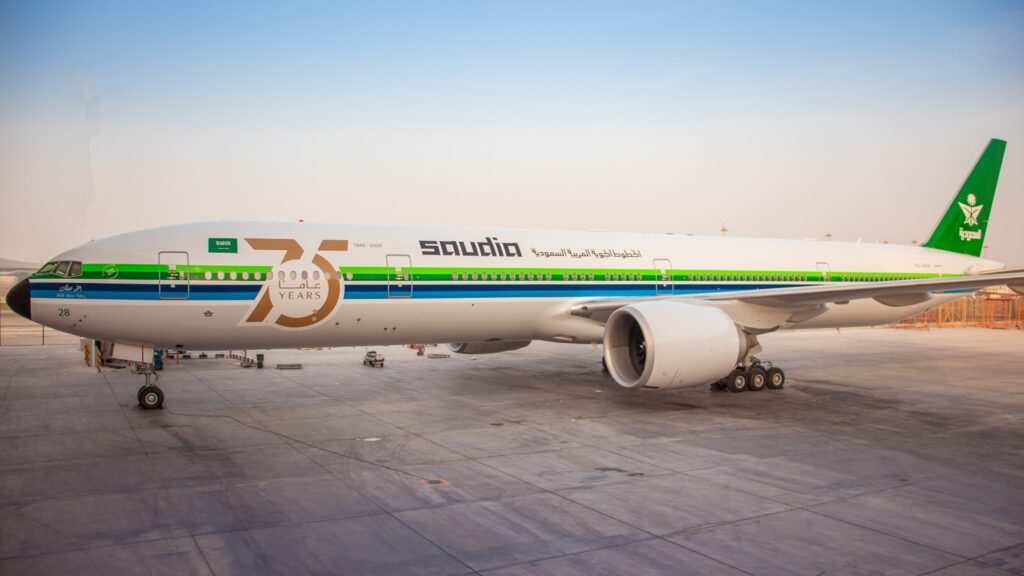 Second, Boeing 777-368ER HZ-AK28, has this week been unveiled in a special retro livery depicting how Saudia looked in the 1970s, 80s and 90s prior to the current livery being introduced.

It looks great on a modern airliner like the 777, and is finished off with ’75 Years’ titles on the forward fuselage.

Both of these long-haul aircraft will be flying on the airline’s widespread network, so there’s a good chance of seeing them without needing to travel to Saudi Arabia.

“the country’s visionary leaders” – is that your editorial opinion, or the opinion of some PR company whose gushing prose you copied and pasted?

That’s the title of the livery.

‘Flying With Our Leaders’ is the quoted title, nothing about ‘visionary’.