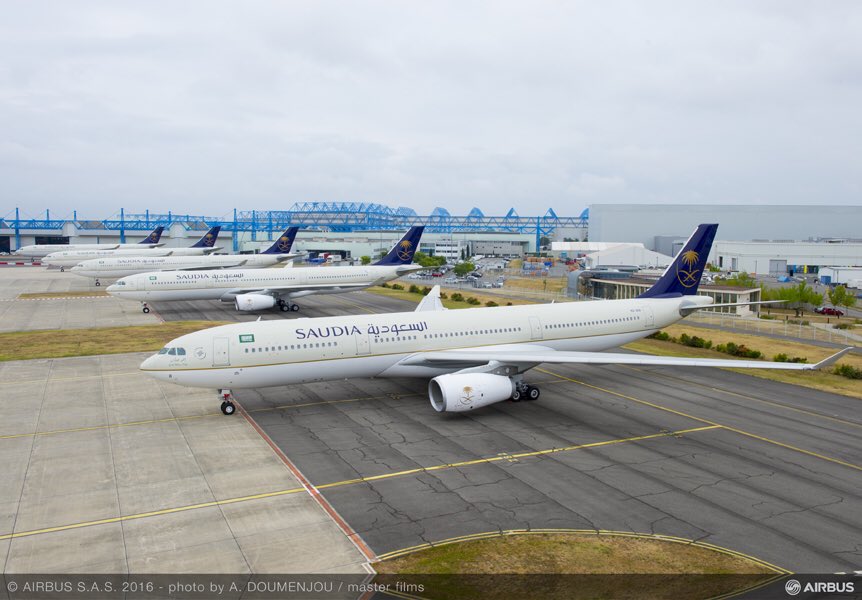 Saudia has become the launch customer for the new Airbus A330-300 Regional sub-variant.

Saleh bin Nasser Al-Jasser Director General Saudi Arabian Airlines, said: “We are excited to welcome the first A330-300 Regional to our fast expanding Airbus fleet. It is a step forward in recognising our commitment to a family of aircraft which has contributed immensely to our market growth. The advantage of operating the new regional version of such a popular aircraft with proven operational flexibility and lowest cost per seat means unbeatable economics for our business and our customers.”

Saudi Arabian Airlines will lease the A330-300 Regional fleet from the International Air Finance Corporation (IAFC), a leading lessor in the Middle East.

The A330-300 Regional is optimized for missions up to 2,700 nm (5-hour flight) covering short to medium haul routes and offers significant cost savings through a reduced operational weight of around 200 tons. The reduction in fuel burn per seat and maintenance costs will result in an overall cost reduction of around 20% compared with today’s long-range A330-300.