California is an amazing place for plane spotting.

As one of America’s busiest regions, with large populations, business and a huge amount of tourism, major cities like Los Angles, San Diego and San Francisco and their hub airports all attract lots of interesting air traffic.

There are also many other regional, general aviation, military and storage airports to visit, as well as some great aviation museums.

If you’re visiting California on a spotting trip, it makes sense to try out a hotel that allows you to continue spotting early and late in the day from the comfort of your room.

We’ve put together this guide to the best plane spotting hotels in California.

Long Beach Marriott
4700 Airport Plaza Dr, Long Beach, CA 90815 | +1 562 425 5210 | www.marriott.com
Situated alongside the runway and N Lakewood Blvd at the south eastern corner of the airport. This hotel is fairly tall, so rooms on higher floors facing the airport will have a view of movements on the main runway, particularly when arriving from the south. Distant views of other parts of the airport may be possible. 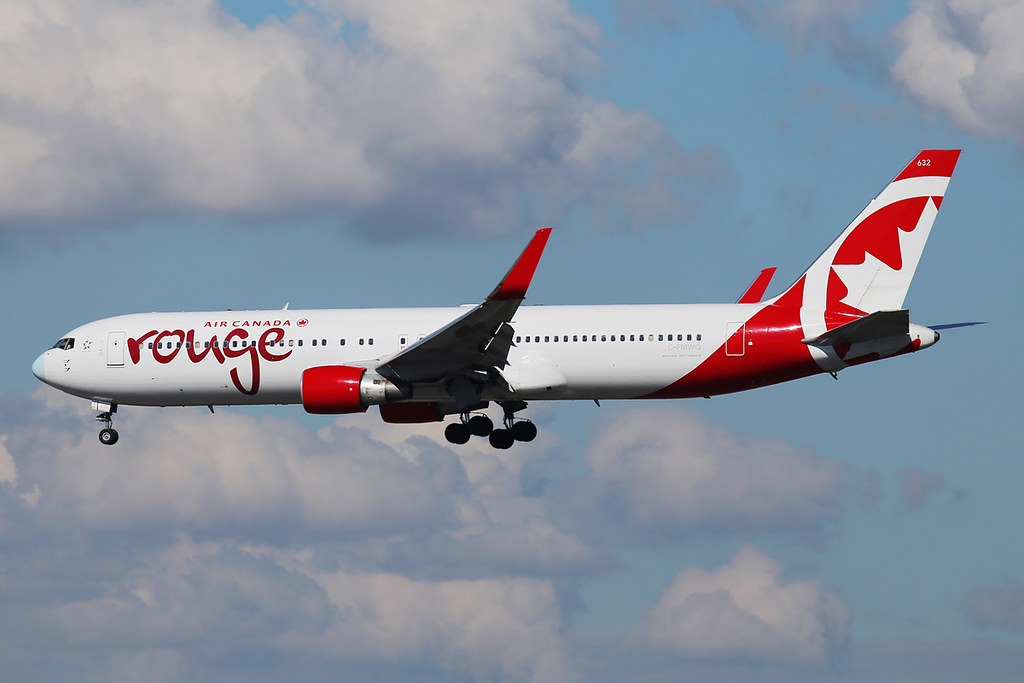 Crowne Plaza
5985 Century Blvd, Los Angeles, CA 90045 | +1 310 642 7500 | www.ihg.com
This tall hotel to the east of the terminals has views over the southern part of the airport and its runways and cargo area. Ask for a room facing the airport and you’ll be able to log registrations easy. It is not a great hotel for photography. The hotel’s multi-storey car park also has good views.

Embassy Suites LAX South
1440 E Imperial Ave, El Segundo, CA 92045 | +1 310 640 3600 | www.hilton.com
A favourite at LAX. Rooms on the 5th (top) floor looking towards the southern runways and nearby cargo and biz jet aprons can be requested. Photography can be difficult due to obstructions outside, but viewing is fine. You’ll need tracking software for aircraft visible on the northern runways. Suites 580 and 581 are reportedly good, but a new building partially obscures views of the biz jet ramp. It’s a short walk to Imperial Hill from here. Be careful not to book the other Embassy Suites, which doesn’t have views. 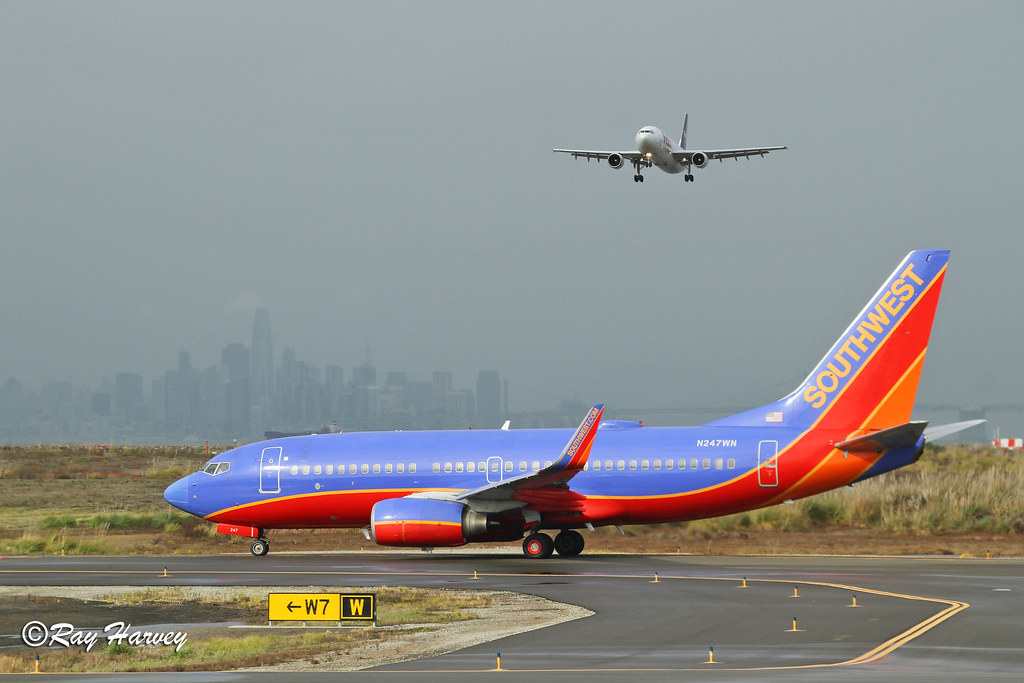 Hampton Inn & Suites Oakland Airport – Alameda
1700 Harbor Bay Pkwy, Alameda, CA 94502 | +1 510 521 4500 | www.hilton.com
Situated to the west of the airport. Rooms facing south look out onto the threshold and approach to runway 12, so you will see plenty of airliner movements if they are using this direction. The rest of the airport is not visible, however. 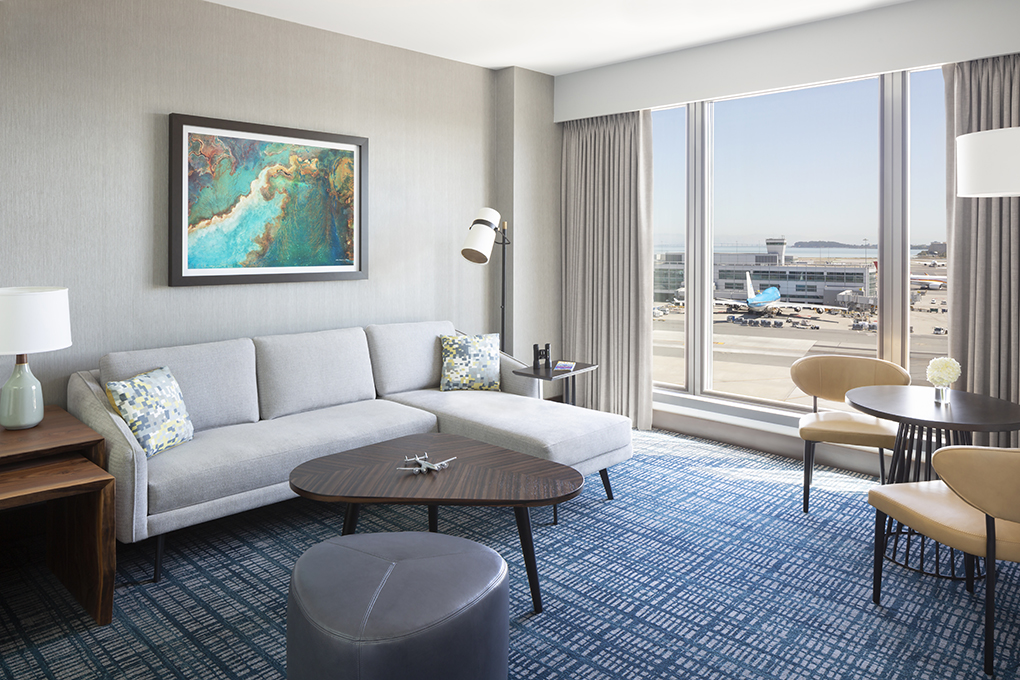 Grand Hyatt at SFO
55 South McDonnell Road, San Francisco, CA 94128 | +1 650 452 1234 | www.hyatt.com
A fantastic new hotel at the entrance to the terminal area at SFO, just off Hwy 101. Many of its modern, stylish and comfortable soundproofed rooms overlook the terminal parking gates and aircraft taxying by. You can get some good photographs. Distant views of runway movements are also possible.

Marriott San Francisco Waterfront Airport
1800 Old Bayshore, Burlingame, CA 94010 | +1 650 692 9100 | www.marriott.com
The best-known hotel for spotting at SFO, with higher rooms facing the airport offer views over runways 1L/R and 28L/R. Ask for a Waterfront room to get the views you need, and explain that you want to take pictures of aircraft. Bayview rooms only face part of the approach path. You’ll need a long lens for photography. 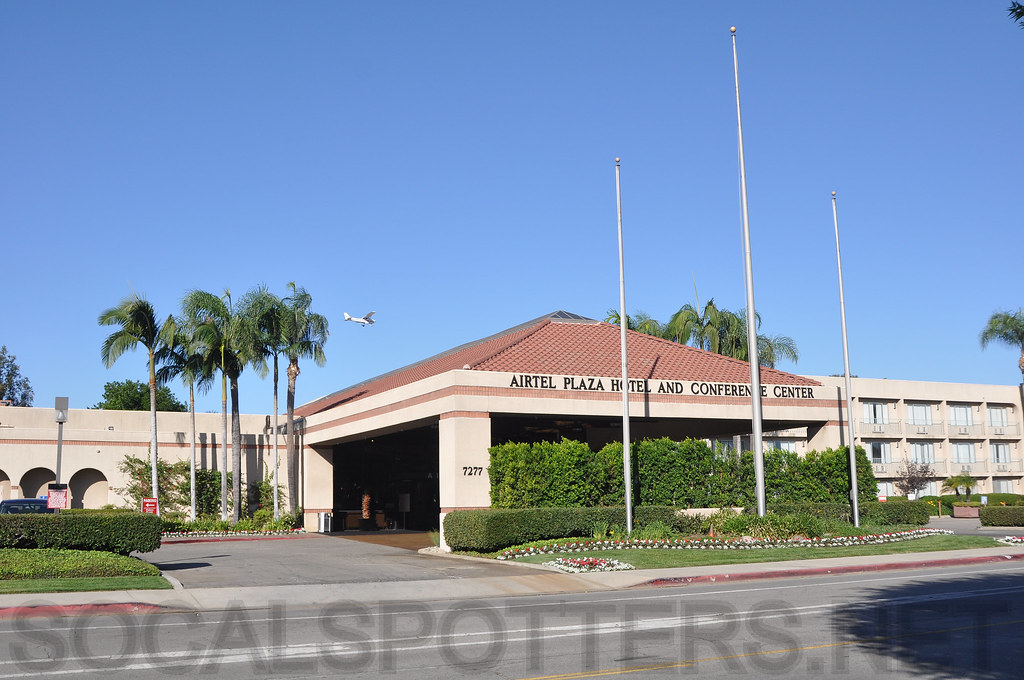 Airtel Plaza Hotel
7277 Valjean Ave, Van Nuys, CA 91406 | +1 818 997 7676 | www.airtelplaza.com
The more expensive ‘terrace’ rooms at this hotel have nice viewing balconies which overlook the airport. Make sure you specify this is the view you want, as some may face other directions. You’ll be able to take good photographs and log all movements. 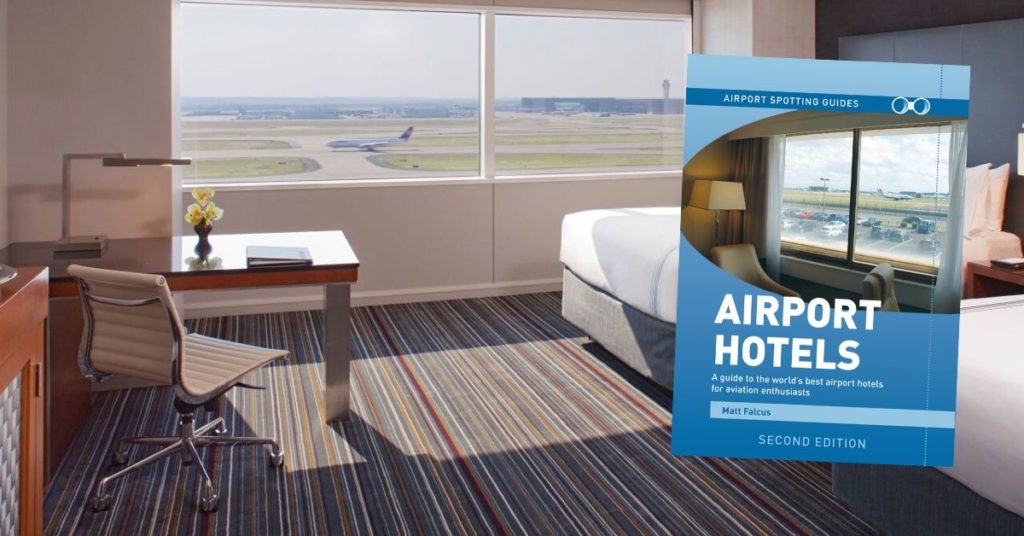 Our book, Airport Spotting Hotels, was recently updated. It includes the best hotels for spotting at airports around the world, including these and more at California’s airports.

Wind Across the Camber – Stories of a Young Spotter in Ireland

One if tve best is the Doubletree downtown San Diego ask for 22 floor facing the airport. Aircraft on approach will be level with your balcony!

Thanks for the tip Steve! Hadn’t heard of that one!

IMHO the best spotting hotel at LAX is the H Hotel at LAX. https://www.hhotellosangeles.com/

The other good hotel at LAX is The Embassy Suite LAX NORTH. Ask for the north facing rooms. Have a good view of LAX north runway landing. You can sit in your room with the balcony door open and unobstructed view of the planes coming down wind and landing.

Note: parking at both hotels are expensive. H Hotel has no own parking but uses a contracted parking garage nearby and charges USD$60/night. (2019 price when I visited)

Marriott San Francisco Waterfront Airport is quite expensive (pre COVID19) compared to other hotels around the SFO airport area. Since you are hiring a car, you mind as well stay in a lower cost hotel somewhere else drive to the Bayfront Park about 500M from this hotel and spot for free open air. Drive to In n Out Burger nearby for lunch.

Here is a link to some San Diego shots – all the approach shots are from the Doubletree Hotel, on that occasion around the 15th floor, the next time around I got higher and better views from the 22nd floor. https://flic.kr/s/aHsjR9B7FB