Wardair was a Canadian airline which operated from the 1950s until the 1980s, and became popular as a low-cost way of travel for both Canadians and Europeans wanting to visit Canada on vacation.

Wardair was founded in 1952 by Max Ward with a de Havilland Canada DHC-3 Otter aircraft based out of Yellowknife.

In 1962 the airline acquired its first big aircraft – a Douglas DC-6B which allowed the airline to begin its long association with passenger charters.

The aircraft was used on flights from Canada to destinations in California and Mexico. 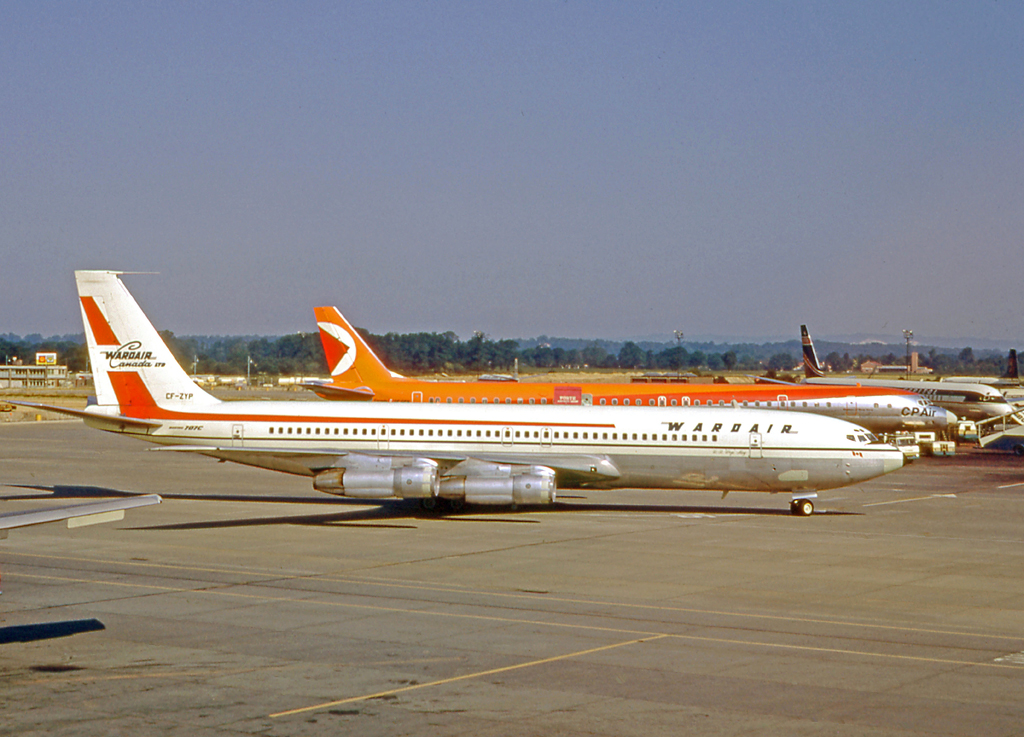 It was joined in 1966 by Wardair’s first jet aircraft – a Boeing 727-100. Incredibly, this aircraft allowed Wardair to begin flying to Europe, adding a fuel stop en-route owing to the aircraft’s limited range.

The Boeing 707 was added in 1968, allowing non-stop flights to Europe, and in 1973 the first Boeing 747 arrived – a type which would long be recognised with the carrier. 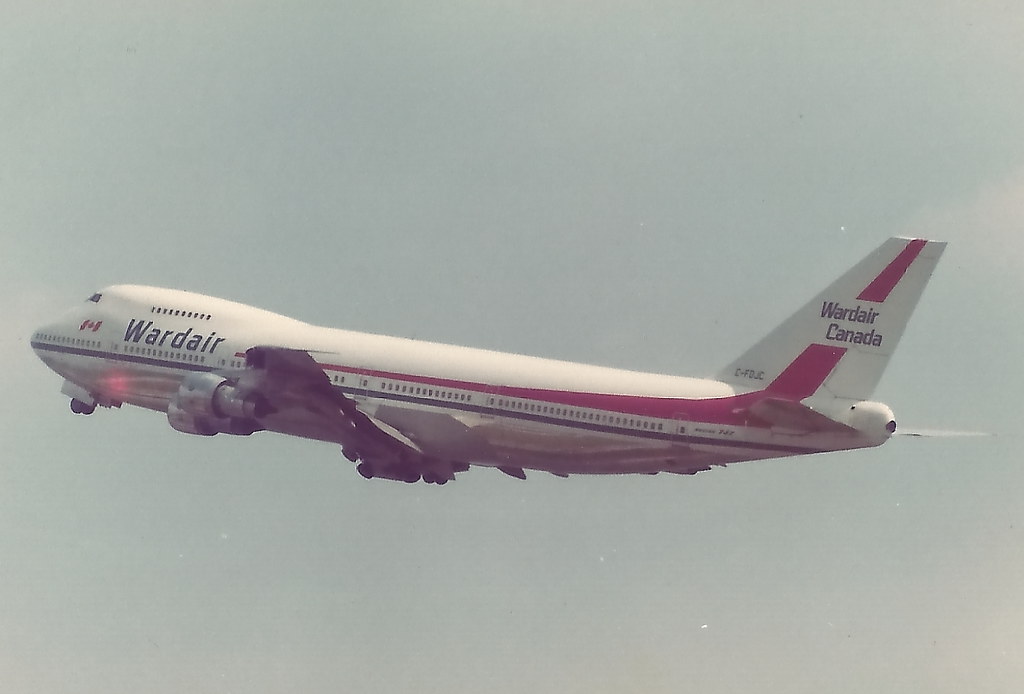 With Wardair’s growing presence in the charter market, adding the Boeing 747 allowed the airline to grow its revenue significantly by carrying more passengers on flights across the Atlantic compared to the smaller 707 and 727-100 aircraft.

These aircraft were common to see, particularly in the summer months, at major and even regional airports across countries like France, Germany, the Netherlands and the UK right up to the airline’s demise in 1989. 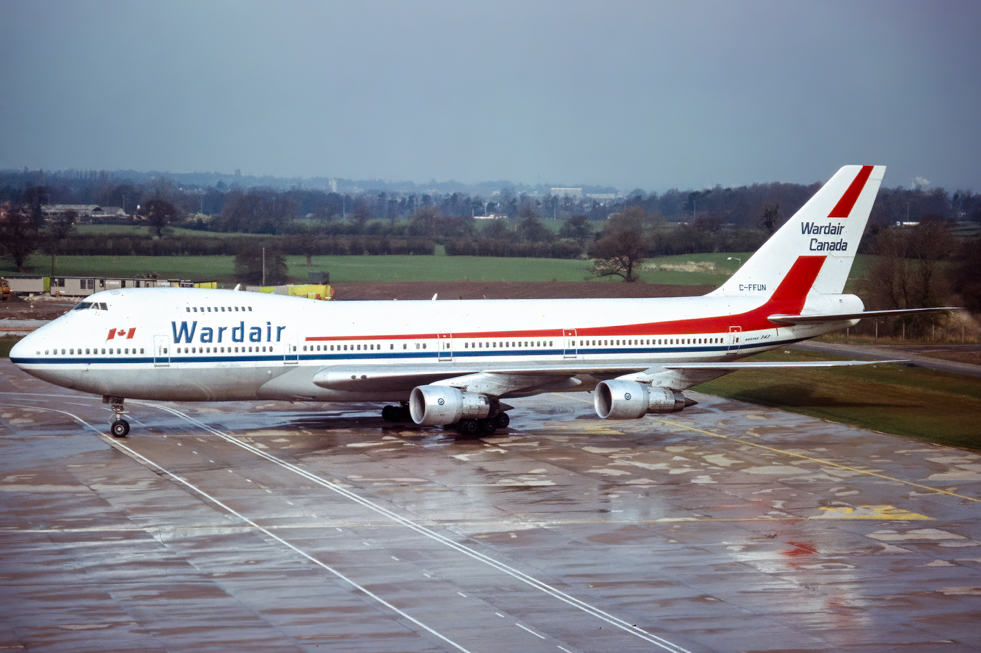 Do Any Wardair 747s Survive? 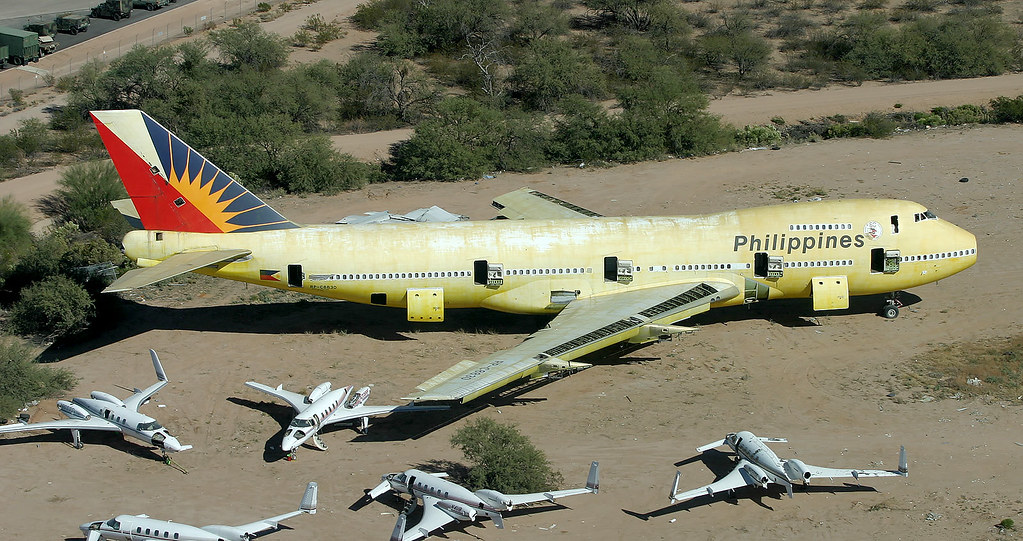 All of Wardair’s Boeing 747s went on to fly with other airlines following the airline’s closure, including Philippine Airlines (as seen in the picture above of the former C-GXRD), and some became freighters to end out their days.

However, sadly, none of the former 747 fleet still survives today. All aircraft have been scrapped. 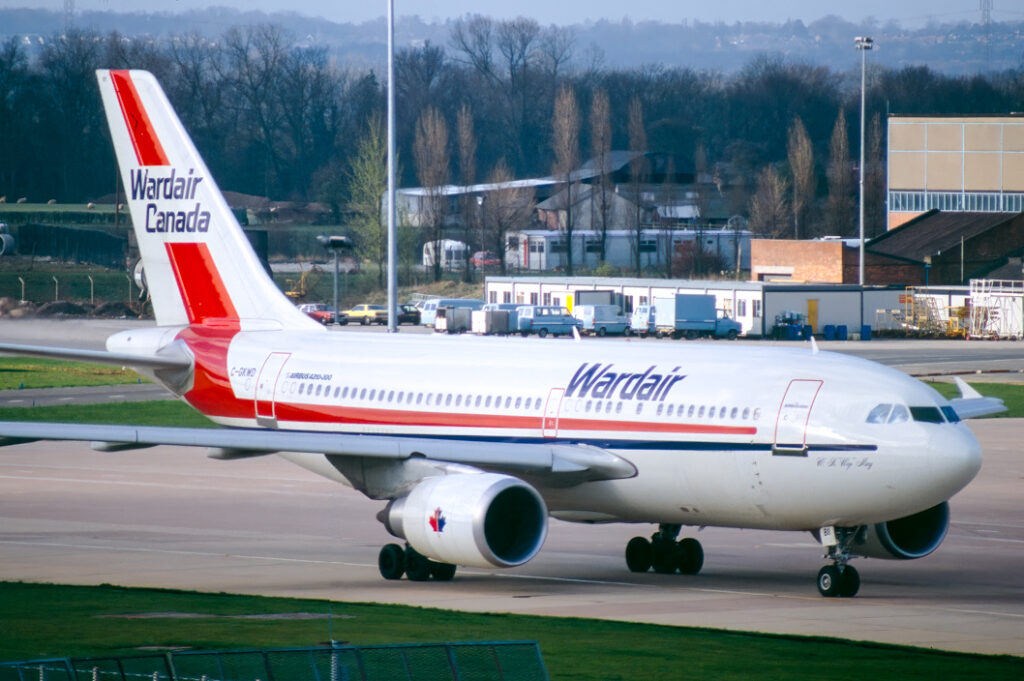 A Wardair Airbus A310-300 at Manchester. Photo (c) Martyn Cartledge

Wardair continued to look to expansion through the 1970s and 80s. It added the McDonnell Douglas DC-10-30 to supplement the 747s and replace the 707s, and in the 1980s ordered modern widebody Airbus jets.

The airline also ordered the McDonnell Douglas MD-88 and Fokker 100 to increase its short- and medium-haul fleets, allowing a growth in domestic, US, Mexico and Caribbean flights.

Sadly, such intense growth over a short period would prove fatal, with the airline’s finances crippled, and a new system to coordinate its growing scheduled services network failed to work as planned.

Wardair was acquired by Canadian Airlines in 1989. Much of its fleet was retired or sold on, and orders were cancelled, following the merger. 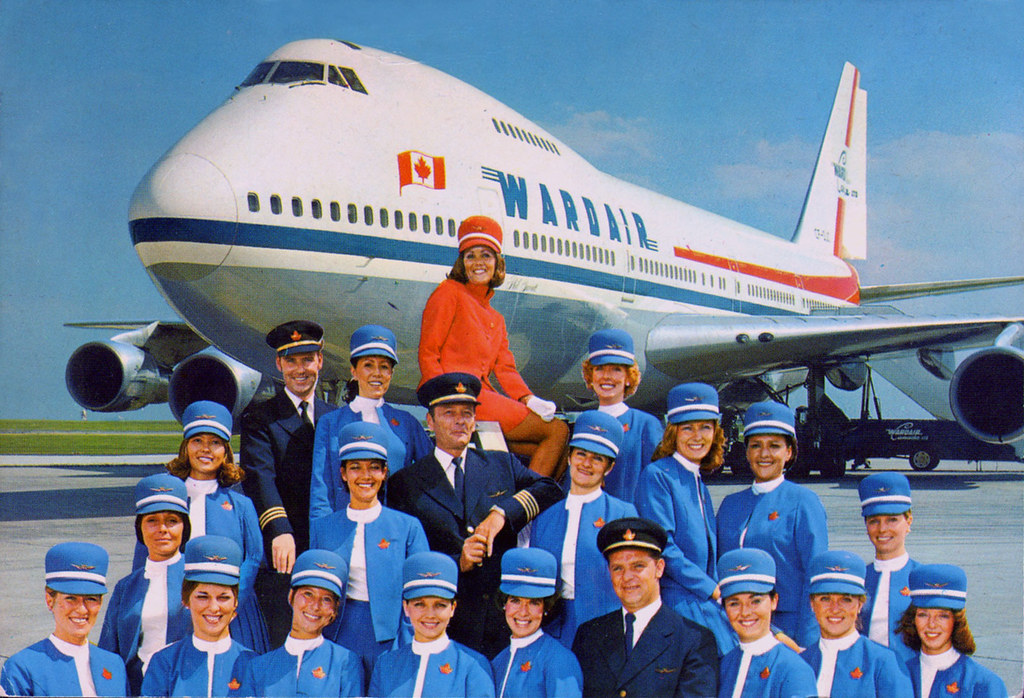 Did you ever fly on a Wardair 747? What are your memories of the airline? Leave a comment below!

I flew on CF-FUN from Birmingham (BHX) to Toronto in 1988. Back then the runway at BHX wasn’t so long as it is now and I remember at the end of the runway the captain putting up the engine power with the brakes on, and he released the breaks and we catapulted off down the runway. It was all one class and I was placed in the nose section just in front of the stairs where first class would be on a “normal” airline. It was so spacious and the crew were amazing. The flight back four weeks later was in the main cabin, ten abreast but I can still remember the quality of the seats. An absolutely fantastic airline.