In the United Kingdom there are still a number of opportunities to fly on rarer and older airliner types.

In some cases they fly in and out of some unusual and scenic airports.

Here are the special enthusiast flights to take in the UK.

There are two airlines flying the Twin Otter in the UK.

Loganair flies both -300 and Viking -400 variants out of Glasgow Airport to destinations like Islay, Campbelltown and Barra (where you’ll land on the beach!)

Here’s a video of my trip to Barra on the Twin Otter.

Eastern Airways uses Jetstream 41 aircraft on many of its routes in the UK, particularly between Aberdeen and English regional airports.

These can be quite expensive. A cheaper option is to fly the type on the public service route between Cardiff and Valley in Wales.

Way up in Scotland you can easily take a flight on the bus-stop routes of Loganair between the mainland and the various Orkney Islands. The most famous for any enthusiast’s bucket list is the world’s shortest scheduled flight between Westray and Papa Westray, which is usually less than 2 minutes in length!

Loganair still uses the Saab 340 on various domestic routes out of its Glasgow, Edinburgh and Aberdeen bases. But be warned, the airline is soon to replace this fleet.

It will also soon replace its small Saab 2000 fleet, which are used mostly on oil routes to Aberdeen and the Shetland Islands. These are set to retire in March 2020.

Eastern Airways, however, also has Saab 2000s which is uses on flights to Aberdeen. It also operates the type out of Teesside Airport to both Dublin and London City.

Sadly there are no scheduled Bae 146 operators or routes in the UK today.

In fact, the Avro RJ is also now a rare beast, having once been very common.

At the moment, the best option is to fly the Aer Lingus (operated by CityJet) route between Dublin and London City which uses RJ85s. 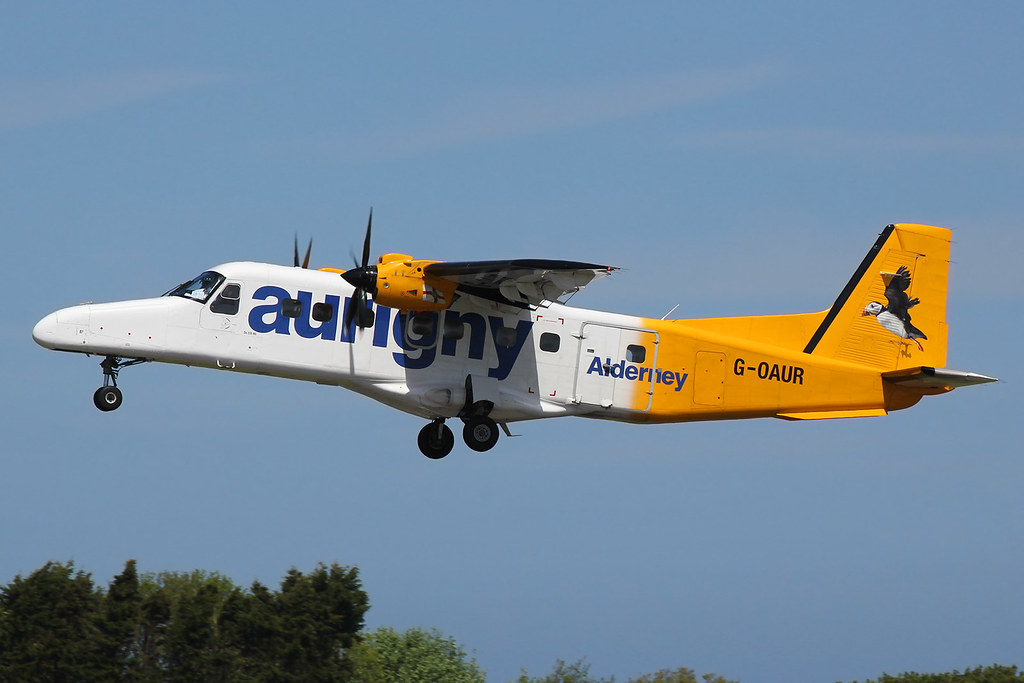 Aurigny in the Channel Islands flies the fairly rare Dornier 228 on flights between Guernsey and Jersey and some flights to the mainland UK. The airline operates both the classic and NG variants of the aircraft.

Sun-Air of Scandinavia operates as a British Airways franchise. As such, you can easily jump on its daily routes from both Manchester and London City to Billund in Denmark. The airline operates the JET variant.

This vintage biplane is still in use in the UK for enthusiast flights. You can usually book a pleasure flight from Duxford (an amazing museum near Cambridge) with Classic Wings.

Another one for London City. Air Antwerp currently flies the rare Fokker 50 on its route to Antwerp from the Docklands airport.

Like it or not, the Boeing 747 is becoming a rare beast – especially the -400 variant. In the UK both British Airways and Virgin Atlantic operate the type still, so find out where you can fly them on our Boeing 747 Routes Page.