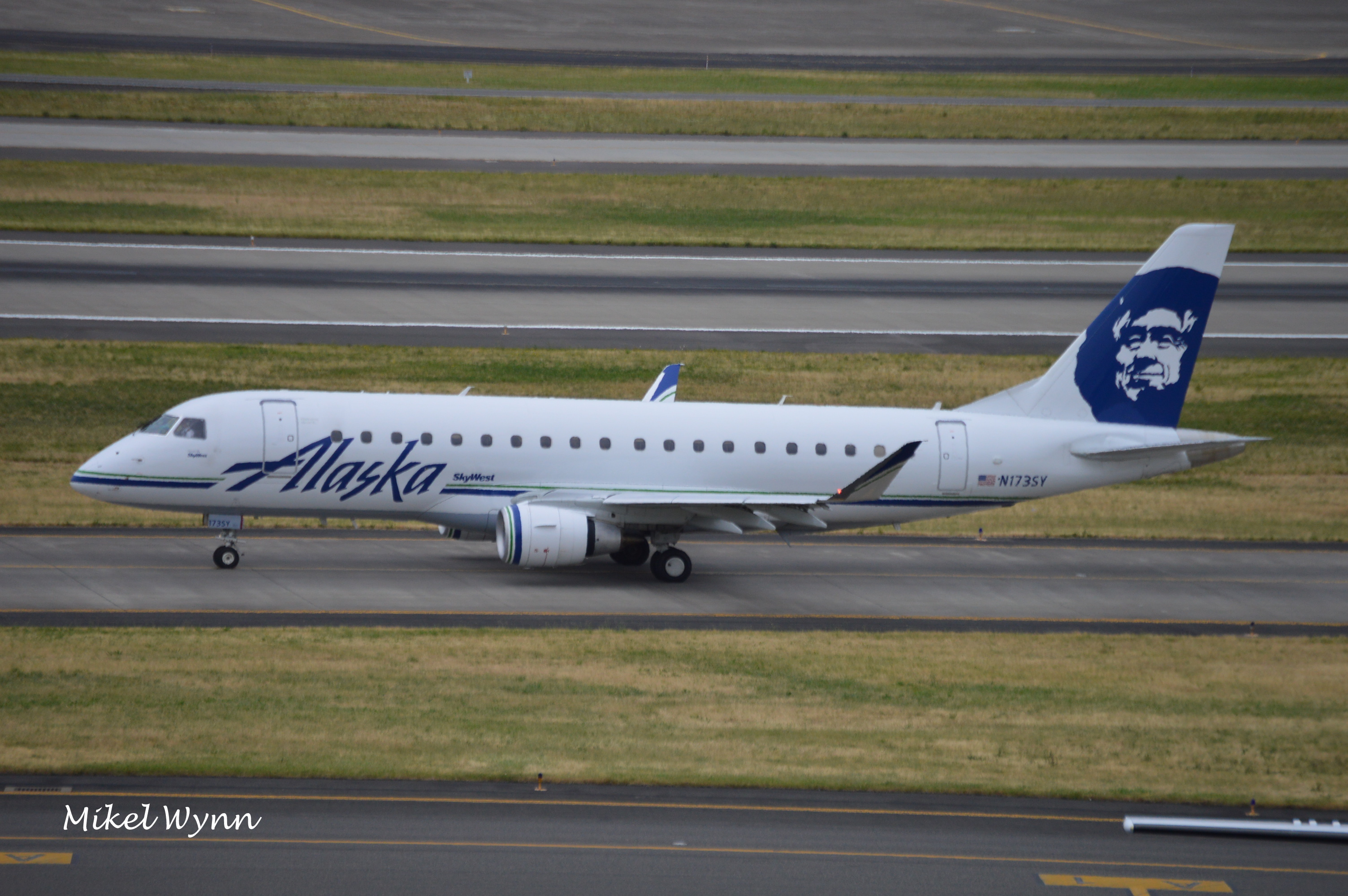 Portland International (PDX) is the largest airport in Oregon, and one of the main gateways to the US West Coast. It handled almost 17 million passengers last year, and is a major hub for Alaska Airlines and Horizon Air.

The airport has one passenger terminal which is split into five concourses. To the south is a cargo terminal complex and aprons, and south east of that is the Oregon Air National Guard base. There are three runways at Portland – two parallel and one cross runway.

This guide to spotting at Portland has been provided by Mikel Wynn to give you the best information on the airport and where to see aircraft.

Driving – From Interstate I-205, follow the signs until Exit 24 to Airport Way. Take Airport Way west bound; the road will terminate at the airport terminal before it turns around (there are signs to direct you so access to the terminal by road shouldn’t be too much of an issue; just beware of Portland’s morning and afternoon/evening rush-hour).

Public Transportation – The TriMet MAX light rail Red Line’s northern terminus is at the Portland International Airport Station adjacent to the baggage claim area. From the train station it is a short walk to the main terminal and parking garage. Note that TriMet does have delays in their entire network from time to time whether it be due to construction, maintenance issues, special events, etc. The best place (that I always use) to view aircraft movement is on Level 7 of the Short Term Parking Garage (follow the signs as you approach the terminal while driving on Airport Way just before coming up to the main terminal). This vantage point offers a full view of the north runway (10L/28R) with a gorgeous backdrop of the Columbia River, and ramp area around Concourse E. This vantage point also offers a partial view of the south runway (10R/28L) with a view of the Portland Air National Guard Base as well as the Alaska Airlines/Horizon Air ramp area at Concourses A & B.

Another area that’s great for the north side of the airport is Marine Drive, which runs along the airport’s northern perimeter and the Columbia River. Along Marine Drive is a pedestrian and bike lane which is utilized by outdoor recreationalists. Near the Runway 10L threshold, the pedestrian/bike lane elevates onto a berm and this offers a pretty decent view over the fence of aircraft arriving and departing on 10L. There seems to be plenty of room to hang around there so long as you’re not obstructing pedestrian/bicycle traffic, so keep spotting and logging activities off to the side of the lane when stopped there.

Avoid all Fixed-Base Operator (FBO) areas and their respective parking lots; they don’t like anyone other than general aviation crews being there.

Avoid all cargo and freight areas and facilities; FedEx especially doesn’t like people soliciting around their facilities.

There are three hotels to the east of the airport near runways 28R & 28L; while it might be possible to get a room with a spotter-friendly view, probably best to avoid using their parking lots because they’re most likely reserved for hotel guests only.

In any case, just use common sense and don’t spot from areas you know you shouldn’t be hanging around! In addition to the common aircraft mentioned above for scheduled service, PDX also occasionally sees Boeing test flights coming to and from Paine Field up in Everett, Washingtonand Charleston, South Carolina. Many Boeing wide-bodies such as the 767, 777, 787, and 747-8 come to PDX to get painted at the Boeing paint hangar. One interesting thing to note is that the Boeing test flights always seem to do one touch-and-go as a tradition prior to arrival to get painted and again after departing post-paint.

The Oregon Air National Guard’s 142nd Fighter Wing consisting of F-15C and F-15D Eagles maintains a base in Portland. F-15s frequently launch on sorties on most weekdays. In addition to the locally-based fighter group, the Air National Guard base often hosts other military cargo and fighter aircraft from all branches of the U.S. military and on occasion, to foreign military (although U.S. Navy and foreign military aircraft often use the Fixed Base Operators frequently as well).

Law enforcement and airport security shouldn’t bother you too much on the Short Term Parking Garage; if they do stop and question your activities, make sure you’ve got personal identification on you, be cooperative and respectful. Because of this possibility, it is highly recommended that you drive to the parking garage since you pay to get in there ($3/hour) and since you pay to get in there, they really can’t tell you to leave since you have vehicle there utilizing the parking service. But whether you drive or take the light rail to spot from the parking garage, it shouldn’t be too much of an issue because families bring children to watch airplanes at the parking garage regularly, and airport workers have also been known to take their work breaks at this spot too.

If you’re considering publishing your photos or writing about plane spotting at PDX for an aviation magazine or some other official aviation publication, it might be best to notify the Port of Portland about this and ask for permission. In the past, the Port of Portland wasn’t too happy about a magazine article on spotting there in a June 2005 issue of “Airliner World” magazine because the author apparently did so without the port’s permission.

Hello. I’ll be in Portland from March 6th to March 8th and would like to know more about the photo locations.

Truth b told. that is not true for I’ve been up their a few times taking photos and I’ve never had a negative run in with anybody. I always stick to the top of the short-term parking garage.