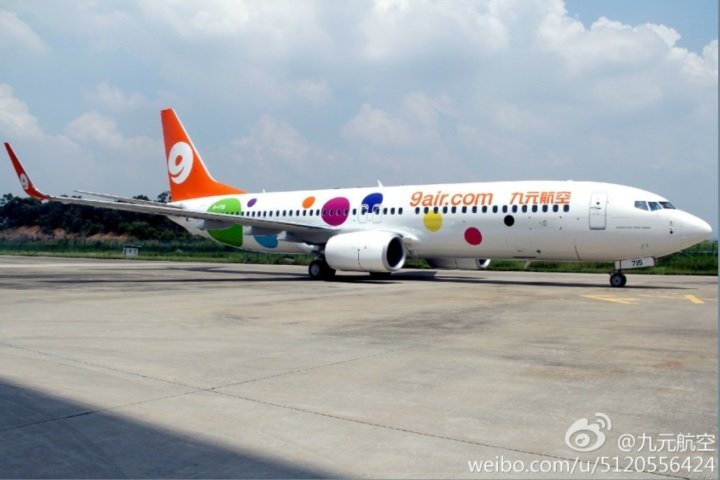 9air is a new airline based in Guangzhou, China. It has taken delivery of its first aircraft – Boeing 737-800 B-1715 – in an attractive and colourful livery. The aircraft is leased from Lion Airlines.

The airline will offer low cost flights, and begin flying next month once its second aircraft has arrived. Initial routes are from Guangzhou to Shanghai, Chengdu, and Jieyang.

The airline is a subsidiary of Juneyao Airlines, and will eventually have 50 Boeing 737-800s, some of which will be the new MAX models.