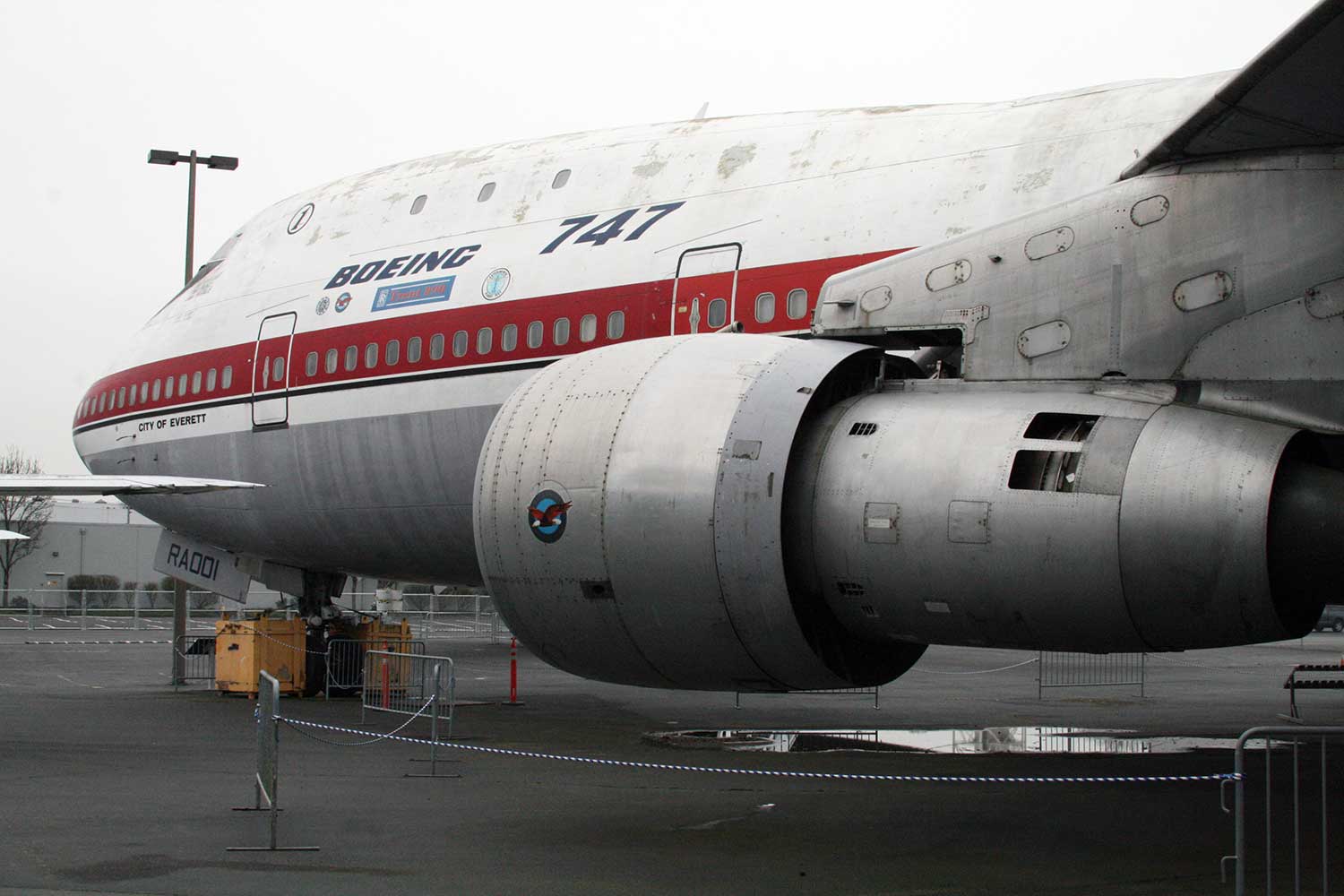 That day was a great celebration for Boeing and the thousands of onlookers at Everett Paine Field north of Seattle.

The first aircraft to be delivered was N733PA to Pan Am as “Clipper Young America”, which entered service on 13 December 1969.

The 747 has gone on to become one of civil aviation’s biggest success stories, with over 1,500 examples built to date over a number of variants.

We thought we’d take a look at the oldest Boeing 747s still in existence, and even the oldest ones still flying. The Oldest 747s in Existence 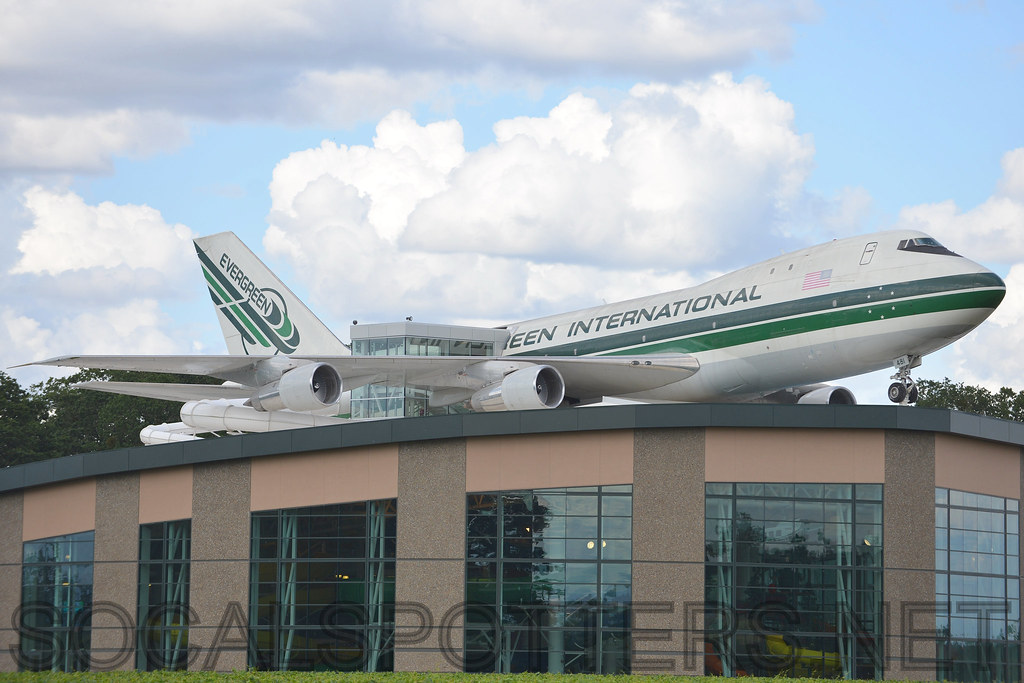 What about later models?

N303TW (20116/112) is the oldest -200 model still in existence at the time of writing. It is stored at Victorville, CA, and interestingly has the older style of three windows on the upper deck which was increased with later -200s. 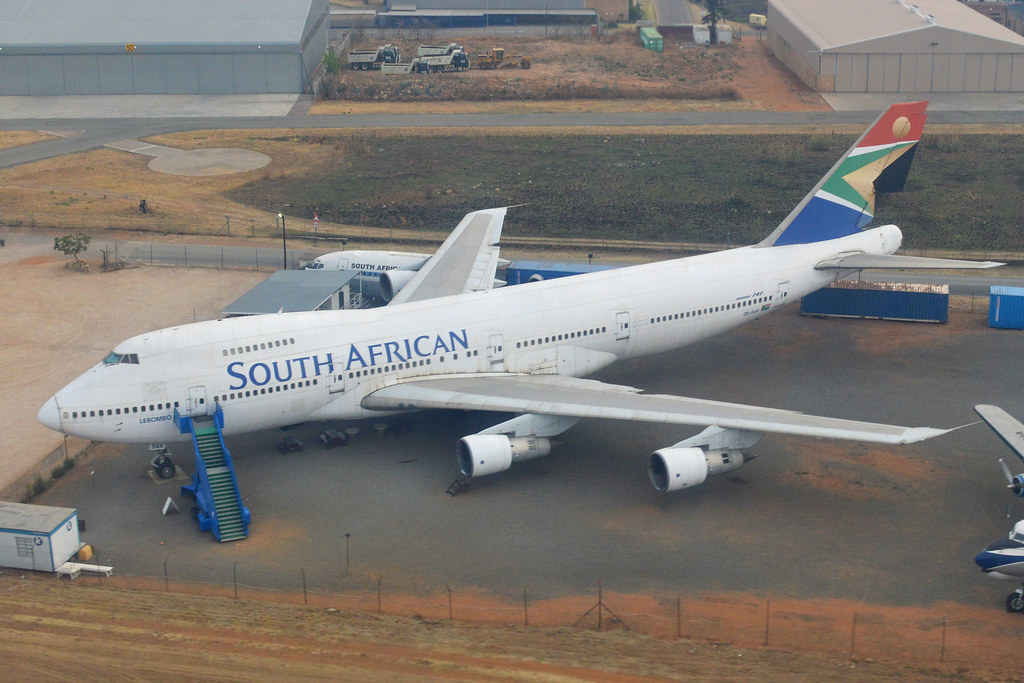 The oldest preserved example of a -200 is ZS-SAN (20239/160) of South African Airways. It is on display at aviation museum at Rand, South Africa. 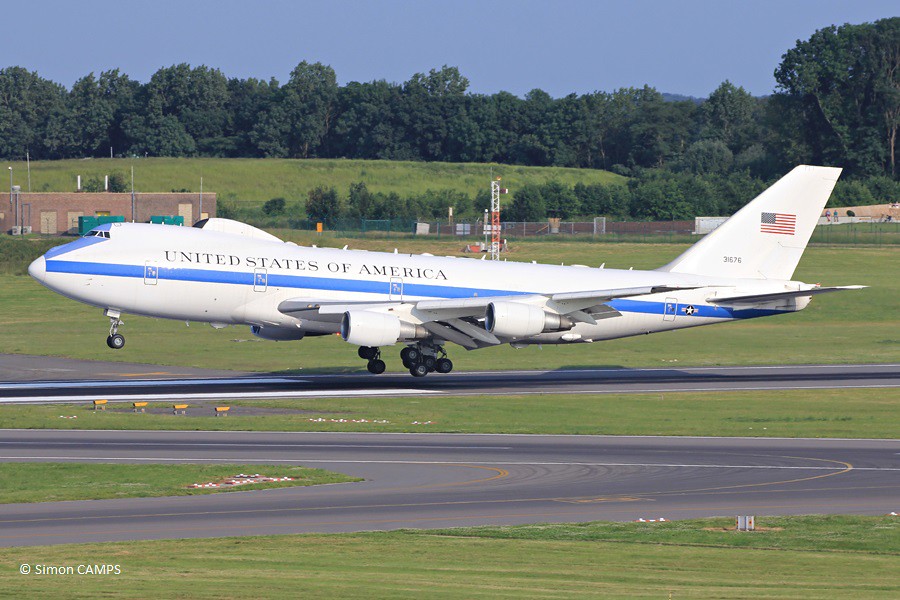 At the time of writing the oldest 747-300 still in existence is N792BA (23026/580) which previously flew with Ansett Australia and is now stored at Marana Pinal Airpark in poor condition. The smaller ‘Special Performance’ version of the 747 was built in much smaller numbers, but continued operating for a long time. 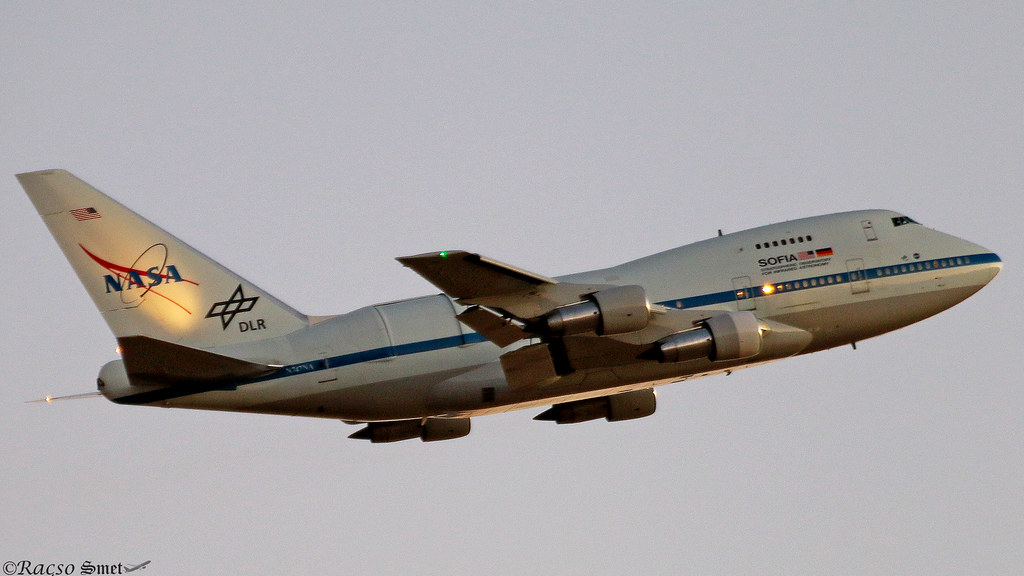 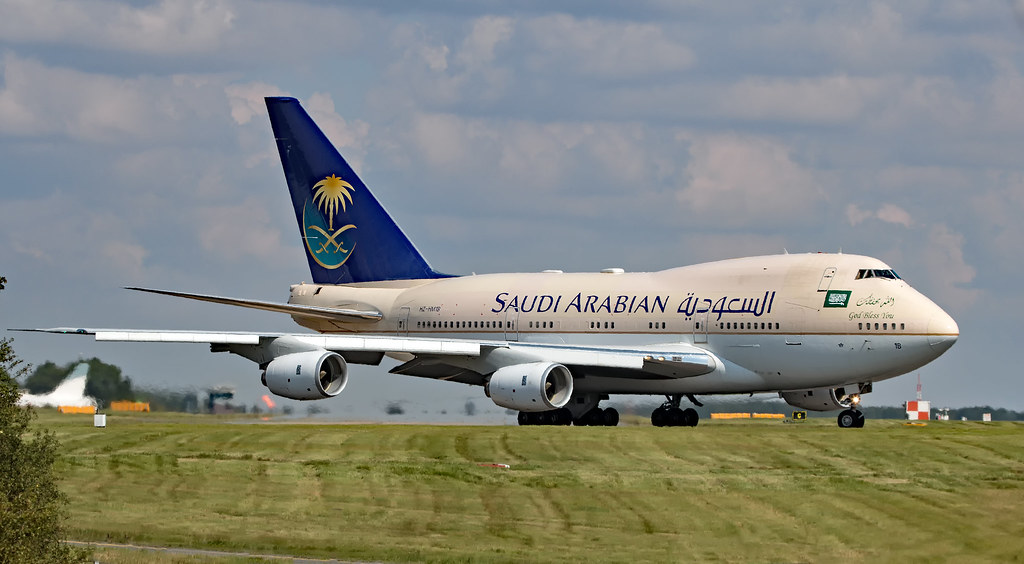 Still in widespread use around the world, airlines are steadily reducing and retiring their fleets of 747-400s. Many find new life as freighters. 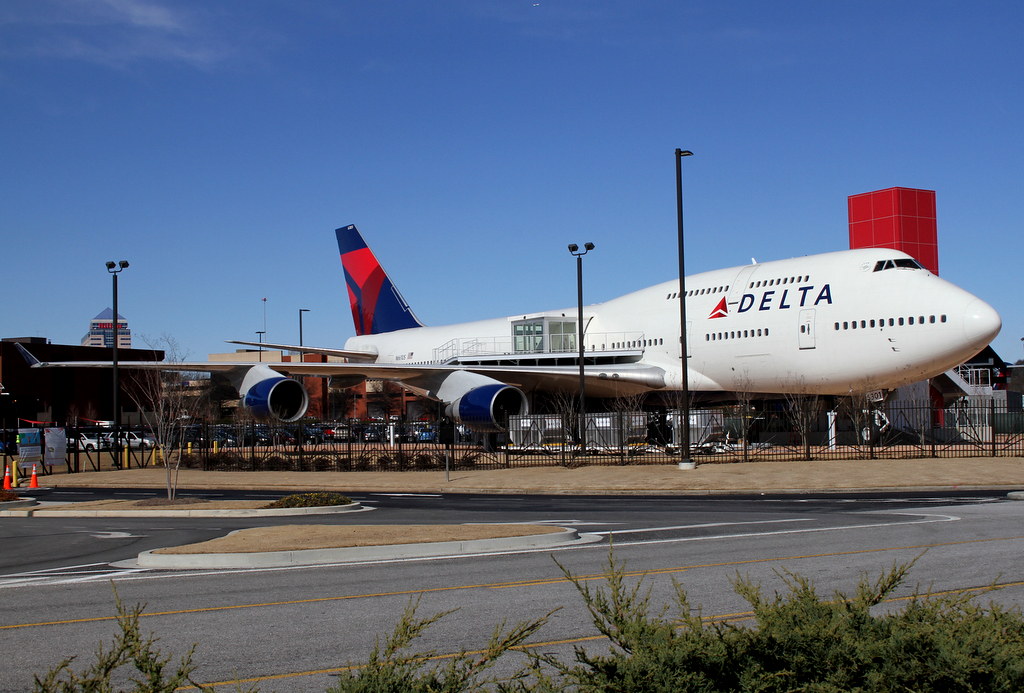 The oldest example in existence is the prototype, N661US (23719/696) which originally flew for Northwest Airlines and later Delta Airlines. It is now on display at the Delta Heritage Museum in Atlanta, GA following retirement in 2016.

British Airways recently announced it would retire its 747-400 fleet by February 2024, but not before it paints some examples in historic liveries to mark its 100th birthday.

Today the Boeing 747 remains in production in the -8 model, mostly built as freighters for the world’s cargo airlines, but at a much reduced production rate compared to days gone by.

I understood from airliners.net that the Iranian B747SP were all scrapped in 2018.

Thanks David. Can anyone confirm? I saw a picture of them all at Tehran recently.

Thanks for your wonderful articles!
Just FYI: Years ago I came across a company called MAX AIR (VM) in Nigeria that operates 4 B747’s – I am not sure which type. I heard that they had bought them from JAL and that they use them mainly for Hadj flights (to Mecca). Their website states that they still operate them.

Matt, pl publish a book of photographs on the 747 for its 50th birthday.

Dont forget the Qantas 747-200B at Longreach,Queensland,Australia!

VP-BAT was built in 1979 was in service for qatari Amir until 2018. Now it is in Arizona for c-check, looking for a potential buyer.

Sheldon Adelson’s private SP based out of Las Vegas is another.

My 1st flight was United 747 Ord to hnl named the original 8 after the first 8 flight attendants does anyone know what happened to the plane. Much thanks

Three of the oldest 747-400BCFs are being flown by Kalitta Air.

Admittedly this isn’t recent but I flew on a QUANTAS SP in ’98 from Perth to Sydney. Much more exciting than the – 400 used to get to Oz as the upstairs was for economy passengers and IFE on that deck was a projector displayed on the bulkhead! Gotta love old tech!

I am South African and flew scores of times on the 5 SAA 747-200 SUPER B, one if which,the Lebombo, is located at the SAA Museum at Rand Airport.
Sadly , a SAA 747-200 COMBI,the Helderberg, crashed near Mauritius , from a fire in board.
I flew on the HELDERBERG a few times from JNB to TPE, return to JNB.
I also flew frequently on the SAA 747 SP,s.
All beautiful, all the best aircraft ever built.
Then , SAA was the showpiece of world aviation.
Sad how the ANC destroyed a great airline in a few years.
Like they are doing to my beloved country.

I was a customer service agent for Northwest Airlines up until the NWA/Delta marriage in 2007. There was nothing like watching the plane take off everyday for the Detroit-Tokyo flight twice daily.

The only time I flew on BA 747’s was LHR to BOS and return in 1991. Is there anyone that keeps records of which planes flew which flights back then as I’d like to know which 747’s I flew on.

Flight test program 747 back in1969,
Great plane. First flight for me was on 002 to New Mexico for brake testing. Fully loaded three touch and goes with full stop no thrust reverser and no flaring. Passed with flying colors

You may have forgotten JumboStay in Stockholm Arlanda, a former SQ & Pan Am 747-200 built in 1976 is converted into a hotel

Geo Sky in Tiblisi, Georgia is operating 2 747-200 cargo conversions on a daily basis. Very well maintained and in mint condition.