Prolific aviation author Graham M Simons has been hard at work again, with his latest works now published and available to buy.

Lockheed Constellation – A History is published by Pen & Sword and, like his other books, seeks to provide an authentic, detailed and often unheard history of this well-known and popular aircraft. 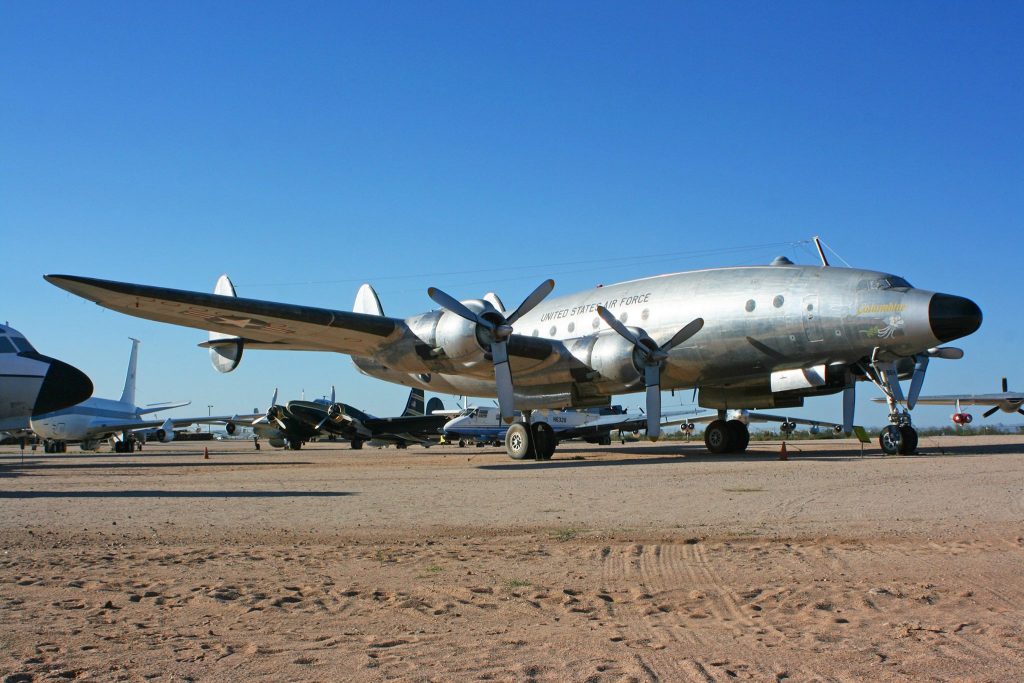 Developed in the 1940s, the Lockheed Constellation was a four-engine piston transport which was ahead of its time and pioneering in many respects.

The designers were tasked with creating a comfortable, fast and reliable airliner which would set new standards in terms of speed, range and onboard comfort.

While initially developed in secret, in collaboration with Trans World Airlines (TWA), once announced it was also ordered by Pan American. In fact, due to World War II, the first aircraft off the production line would be requisitioned by the war effort before they could enter scheduled service (but not before setting a new transcontinental coast-to-coast speed record on 17 April 1944).

Following the war the Constellation came into its own. By generating interest from stars and celebrities, it became the focus of attention for the flying public in the face of its competitors like the Douglas DC-6 and DC-7.

There were a number of subsequent variants produced, each offering upgrades in performance, comfort or economics over previous versions. It also went on to fly for many airlines around the world. 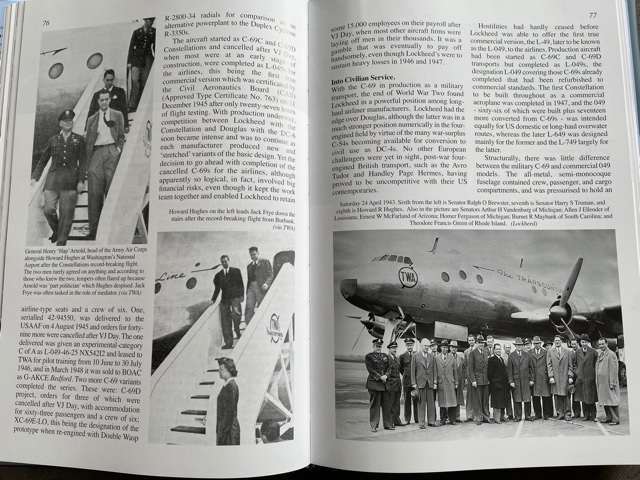 This hardcover book covers 13 chapters and two appendices, and 318 pages.

As with all of Graham M Simons’ books it is very well researched and seeks to tell its own version of events rather than simply rehashing what has been printed before or said on the web.

Purists will be pleased to read the truth about the initiation of the Constellation project and the true set of events, where accepted wisdom has always believed that the aircraft was solely down to Howard Hughes (the enigmatic owner of TWA). The reality is that Hughes was one of many people both at TWA and Lockheed responsible for this new aircraft.

What is interesting in this book is the account of the lengths Hughes and Lockheed went to to keep the development secret from the world and other airlines to try and maintain a competitive advantage for TWA. 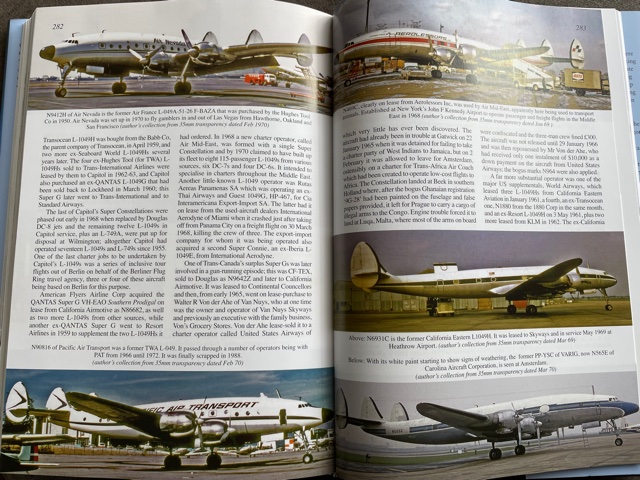 The book looks at the entire story of the Constellation, from its origins through its design, first flight, military service, airline operators, variants and final days.

The end of the book covers known Constellation survivors. 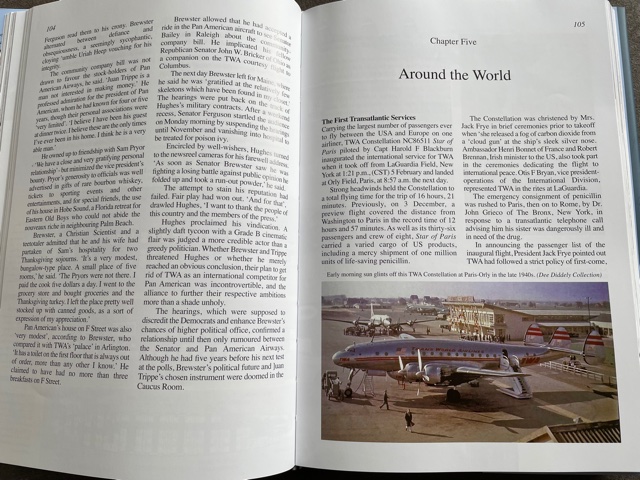 The book is heavily illustrated by both black & white and colour photographs and plenty of diagrams. These are often rare and unseen and will delight propliner fans.

Some are naturally a little grainy or lower quality, but as the author comments in his introduction “At the time of writing… we have all been spoiled by the ability to take hundreds of pin-sharp digital images whenever and wherever we want.” However, many of the images in this book date from the days of ‘Instamatic’ cameras where pictures were printed on ‘orange-peel’ textured paper which often appeared out of focus. Yet the images are all historic and all that are available, and certainly do not detract from what is a fascinating story of an amazing aircraft. 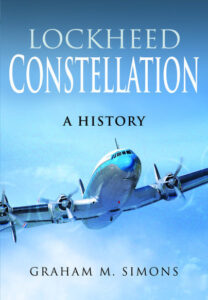 Lockheed Constellation – A History by Graham M Simons is out now, published by Pen & Sword.