The newest airline in the US has launched today, announcing 16 destinations and flights now on sale.

Breeze Airways is the latest startup from prolific airline entrepreneur David Neeleman, who has been responsible in the past for airlines like WestJet, JetBlue and Azul Linhas Aereas in Brazil.

Breeze is a low-cost airline which is based at Salt Lake City, but also has focus cities in Tampa, FL, Charleston, SC, Norfolk, VA and New Orleans, LA.

With fares starting at $39, its initial route network includes the following destinations:

The first flight, from Charleston to Tampa, and then Tampa to Hartford, is expected to happen on 27 May.

The airline is expeted to add more destinations, routes and frequencies over coming months. It apparently has 100 cities under consideration.

You can book flights today at https://www.flybreeze.com/ 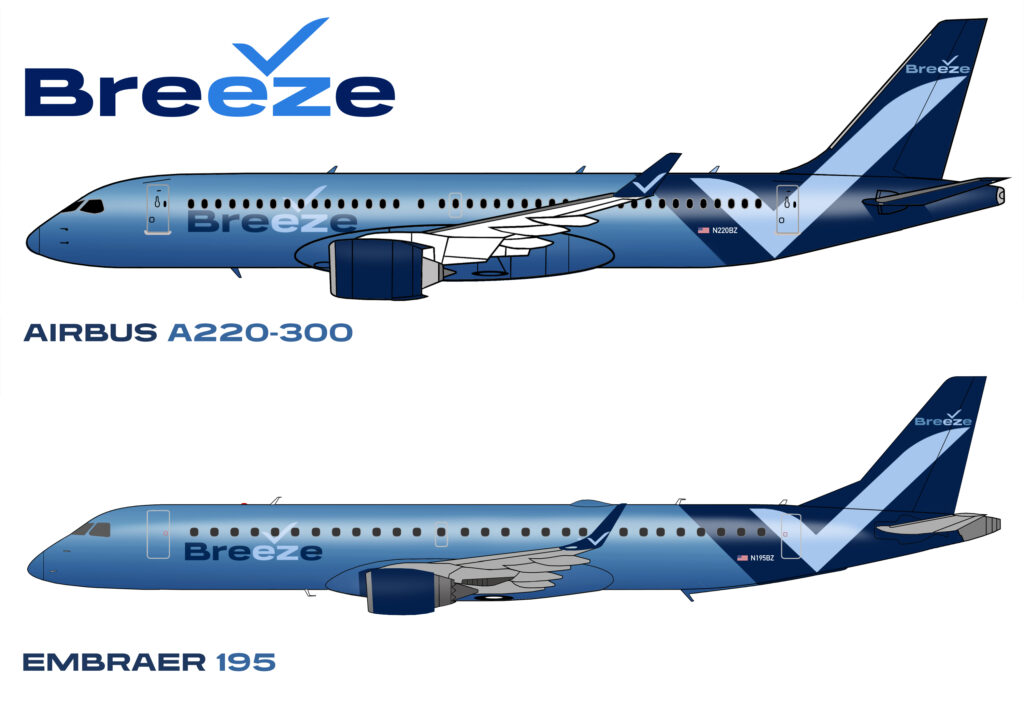 Breeze Airways is initially operating a fleet of second-hand Embraer 190 and 195 aircraft. These have come from previous operators Air Canada and Azul respectively, with more examples to be added over coming weeks and months.

Breeze also has an order for 80 Airbus A220-300 aircraft, with deliveries expected to commence in October this year. It will take one per month for the next five years.

While starting with its core low-cost offering, Breeze is planning to add premium cabins and experiences. Its three tiers of services are called “Nice”, “Nicer” and “Nicest” in an example of how the airline, and Neeleman, are out to disrupt the airline industry and challenge the existing players.

All flights will feature free in-flight entertainment—TV shows and games—that will stream to personal devices. The Airbus A220 planes will also have in-flight Wi-Fi.