In the 1950s the days of jet airliners were still very much in their infancy. The post-war growth in airlines was creating a rising demand for aircraft, as surplus types like the Douglas DC-3 were snapped up by new carriers.

The war had also led the way in technological advances, and the de Havilland Comet was a major step forward in bringing jet air travel to the forefront, allowing destinations to be reached much faster and still in luxury.

Rival developments from Boeing and Douglas in the United States made jet travel mainstream, and Sud Aviation in France were also soon joining the club.

Britain’s British European Airways (BEA) wanted a new jet airliner to take over their domestic and European routes from London, and de Havilland won the contract to build this new aircraft, which was given the name DH.121 Trident, owing to its three-engine layout and triplicated systems. 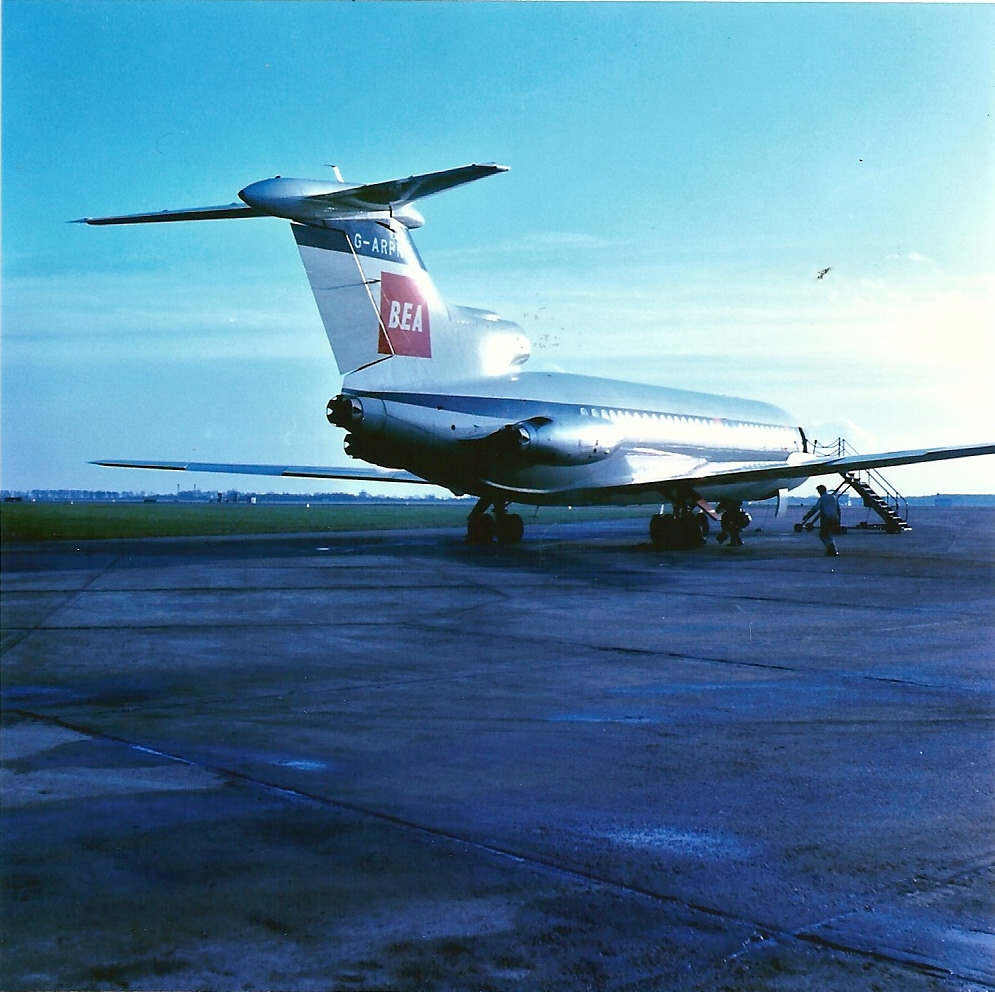 Shortly after development started, de Havilland was merged into the new Hawker Siddeley company and the Trident was redesignated the HS.121.

This was the original, smaller Trident 1C model, which had seating for 90-100 passengers and a range of a little over 1,000 nautical miles.

While it looks very similar to the Boeing 727, the Trident actually came first and reportedly inspired Boeing as they developed their own short- to medium-haul airliner, which was ultimately more successful. 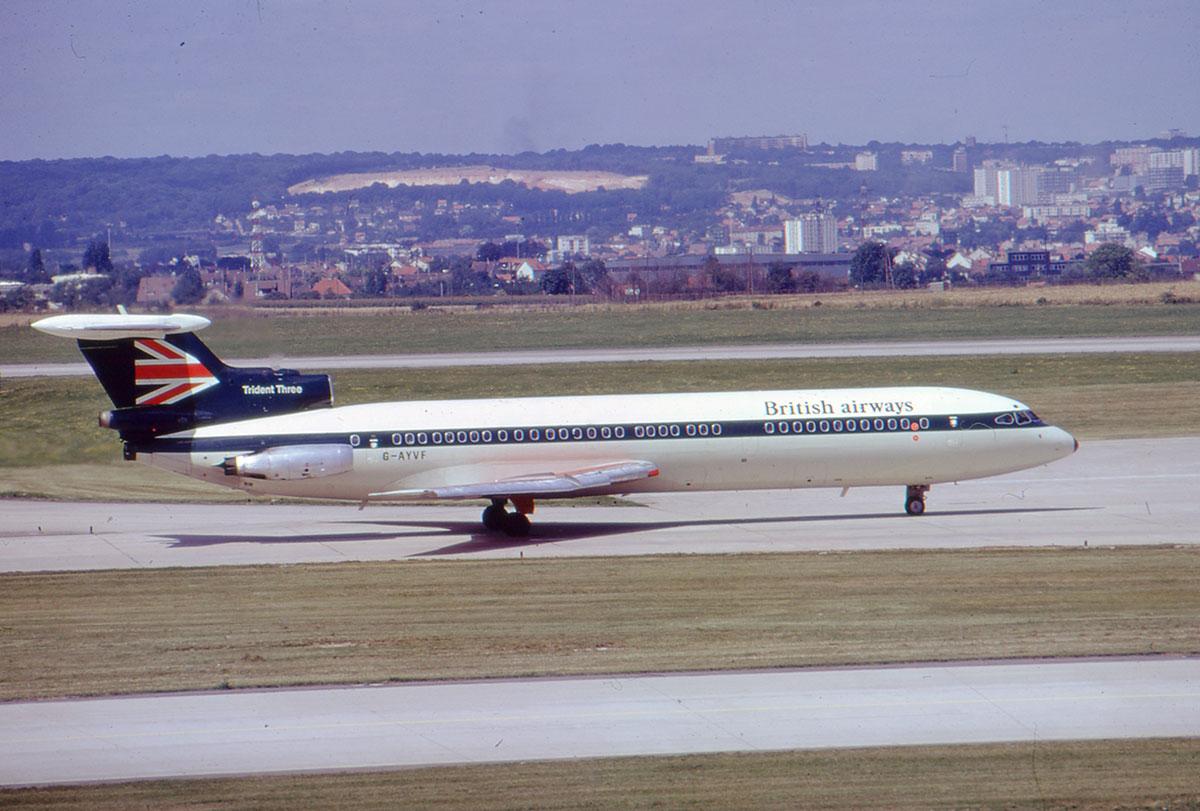 As the Trident entered service, it was found that it did not quite meet all the requirements of the day. An export version, the 1E, was developed with more seating and aerodynamic improvements.

The Trident 2E variant was developed with the same fuselage, but a much greater range.

The Trident 3B variant was a stretch, giving it greater capacity and range. It also had a fourth, booster engine to help with performance on takeoff.

BEA and the Trident 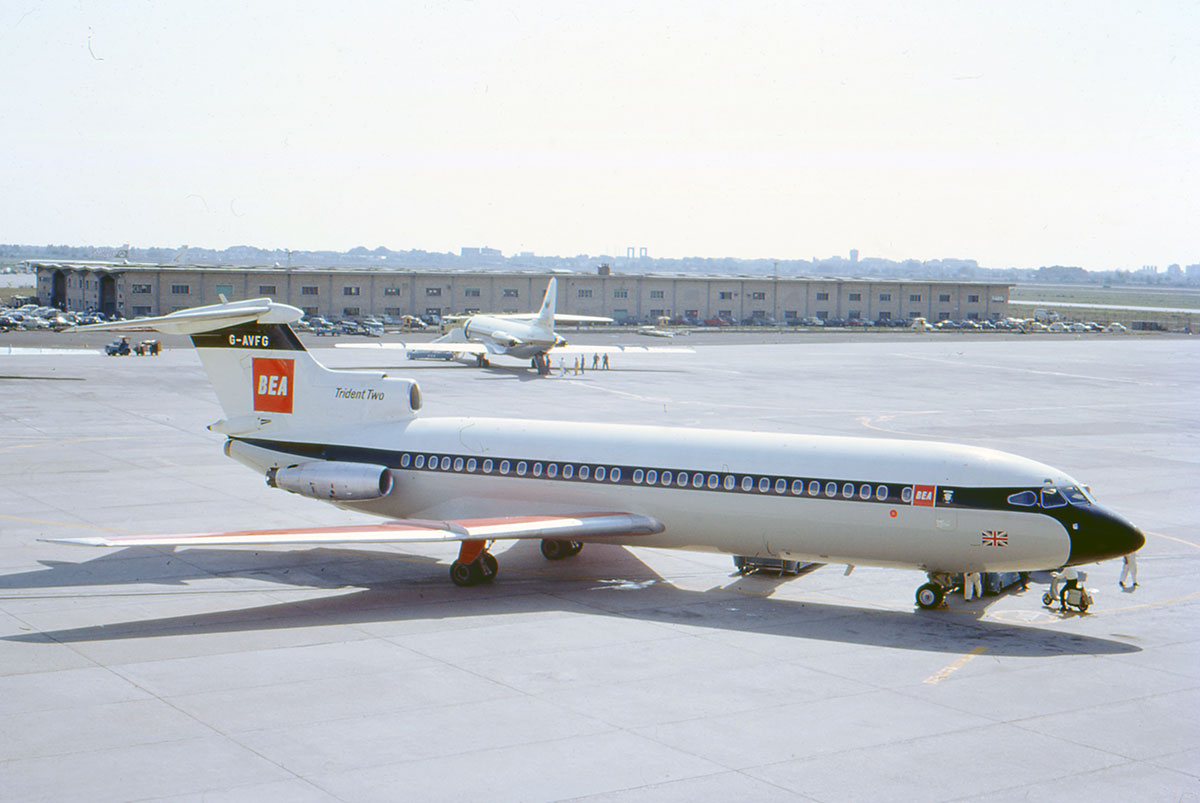 They also ordered and operated most of the 2E models that were built, as well as a significant number of 3Bs.

For many enthusiasts growing up in the UK during the 1960s and 1970s, seeing Tridents was a common thing when plane spotting at London Heathrow in particular. The type therefore has a fond place in the hearts of many spotters of this era (and even into the 1980s when BEA had become British Airways).

Where did BEA fly its Tridents? 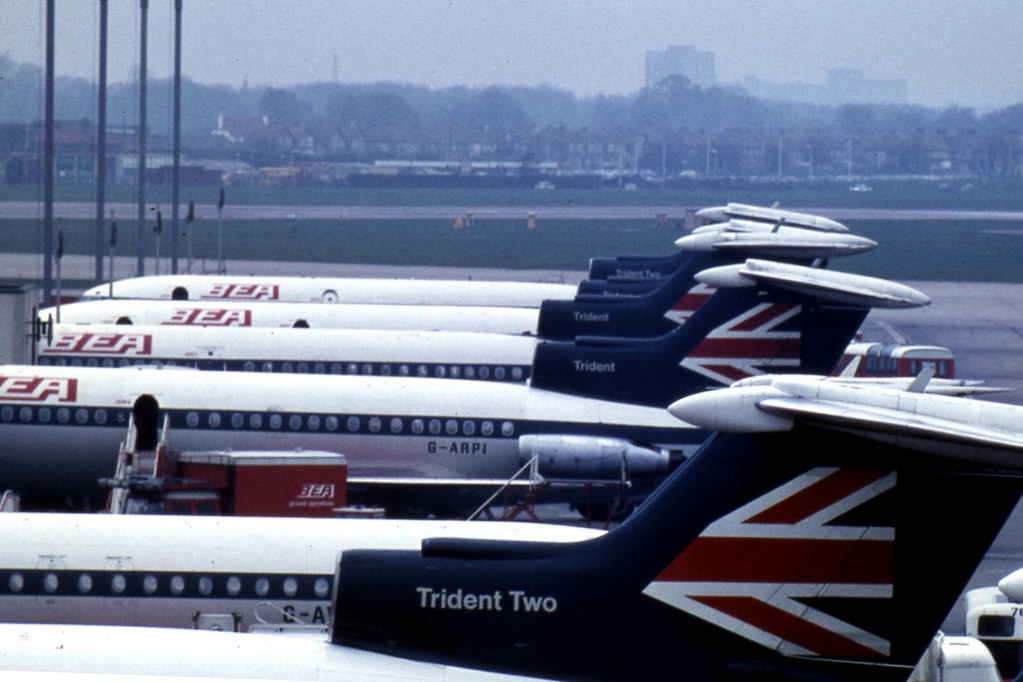 BEA ordered the Trident to fly on its European network.

All of its aircraft were based at its London Heathrow base, and flew to domestic points around the UK, as well as hubs and leisure airports throughout Europe.

The aircraft was destined for Brussels, but came down at Staines west of London, killing all 118 on board.

It has long been concluded the leading edge droops on the wings were retracted early, reducing lift and causing the aircraft to stall. However, a heated atmosphere among the crew and even the potential of a heart attack for the captain have all been cited as possible reasons the accident happened. 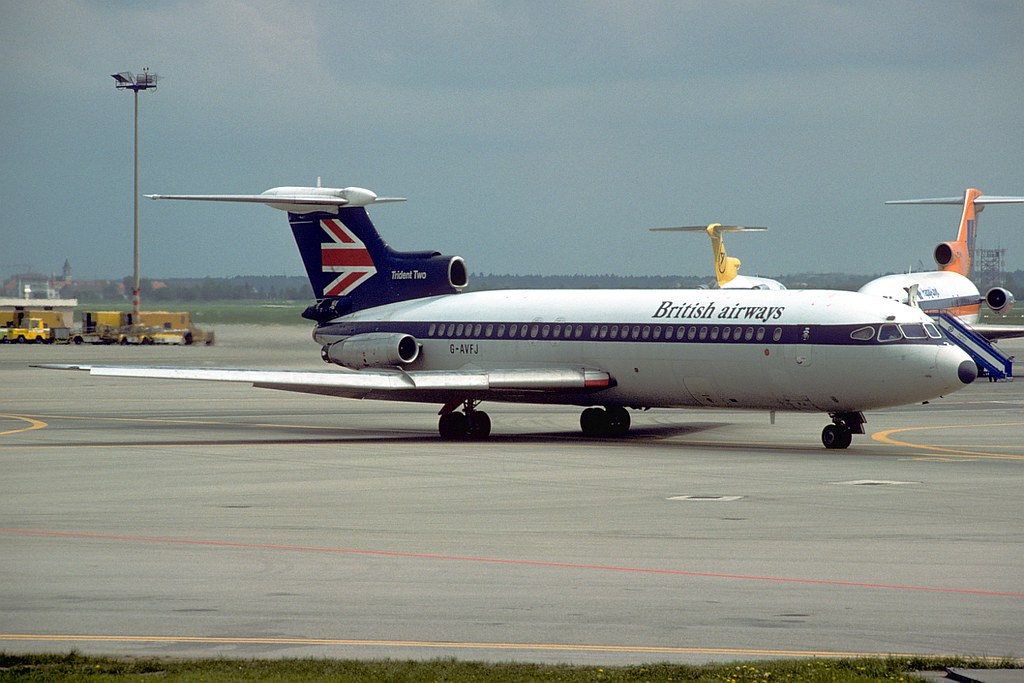 What Happened to BEA’s Tridents? 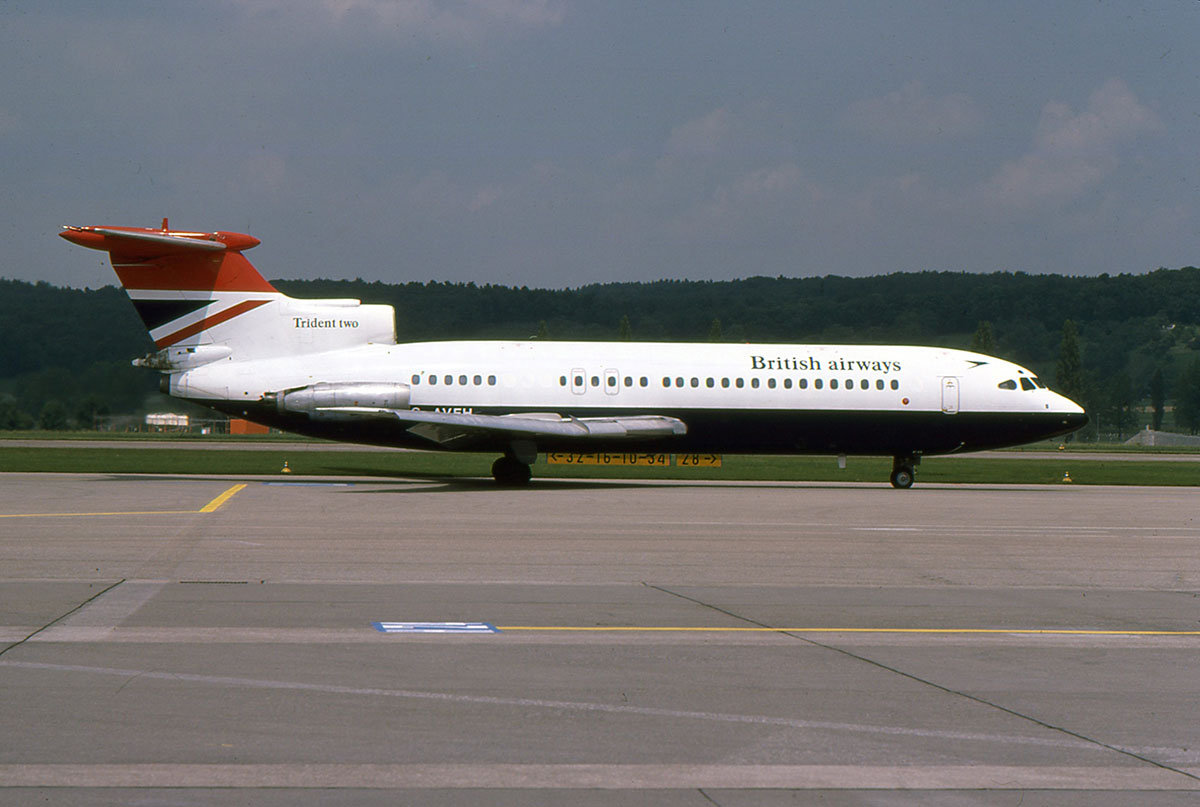 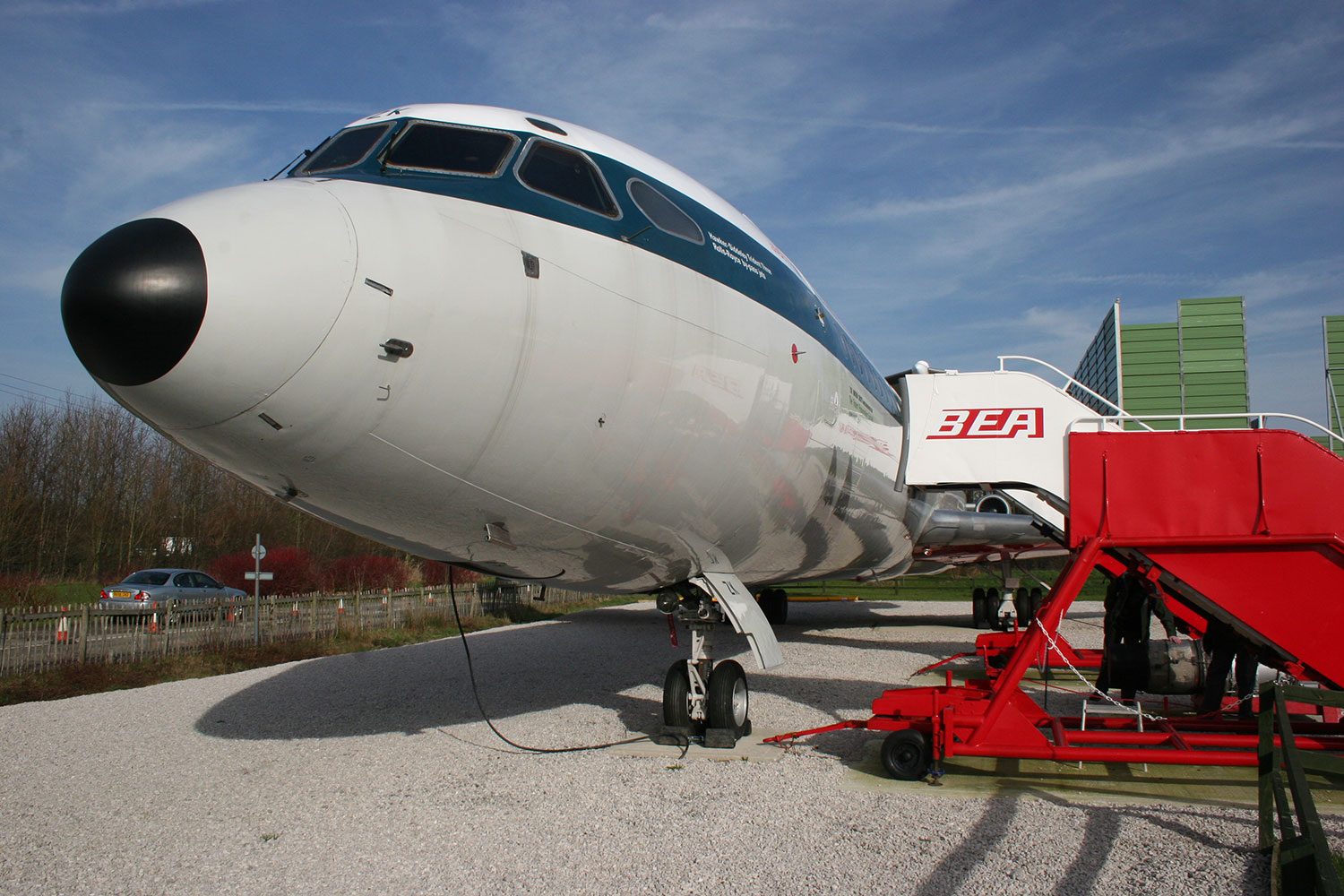 British European Airways (BEA) and British Overseas Airways Corporation (BOAC), plus two smaller carriers, were merged in 1974 to create what we know today as British Airways.

The Trident fleet were painted gradually in the colours of the new carrier and carried on in regular service as before.

Gradually new types were taking over the routes of the Trident, including the BAC One-Eleven, the Boeing 737-200, and in the early 1980s the Boeing 757. With the Trident being so noisy and underpowered, its days were numbered.

Much of the Trident 1C and 2E fleets had gone by the early 1980s. The final Trident flights in the UK were operated on 31 December 1985, the day before new noise regulations came into force.

There are, however, a number of preserved Tridents (and parts of Tridents) around the UK. They include:

True, a very sad loss of a Trident. Came just after the BEA era however.

I managed to fly on the T1/T2 and T3 over the years, first flight on G-ARPA incidentally and my last one was on G-AWZZ., 29 flights in total.
Have been through VFB at Duxford and WZK at Manchester, and years ago on G-ARPH at Cosford.
Loved the Trident, what a super machine it was, pity it was so tailor made for BEA that it didnt appeal to other airlines.
Ref fatal accident to WZT, my wife and I flew on it, just weeks before, LHR/BFS. Also flew on the ill fated G-ARPI a short time before its shocking demise. Jinxed !

A very lucky escape on both counts Mervyn!