As the revamped, new iteration of UK regional airline Flybe makes progress towards establishing itself, the first aircraft has been spotted after painting.

Like its predecessor, it will focus on the de Havilland Canada DHC-8 Q400 turboprop aircraft, and the first example – G-JECX – was previously flown by the first Flybe. It has been painted at Maastricht. 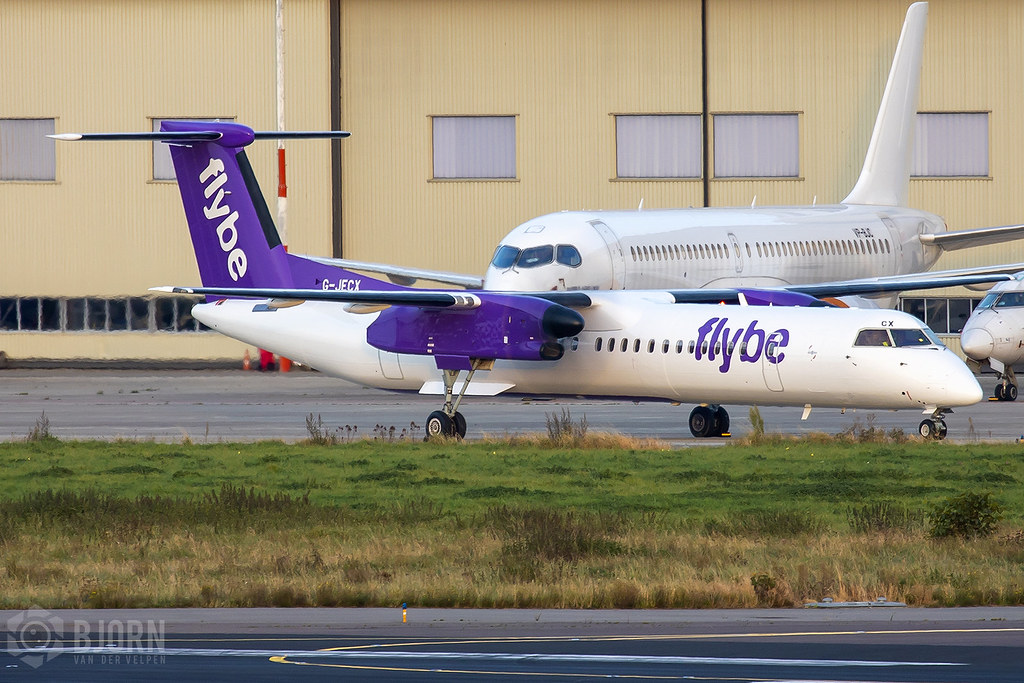 The livery is mostly purple-and-white, and includes a variant on the logo used previously.

Some might think this ill advised given the failure of the first Flybe, however familiarity with what was once one of the world’s largest regional airlines may in fact help with customer acquisition.

The airline has not yet announced any routes or start dates, but it has recently appointed David Pflieger as its CEO. Well known as an aviation turnaround specialist, he previously worked with Delta Air Lines, Ravn Alaska, Virgin America and Fiji Airways.

Pflieger said his team would soon “launch a new, better, and stronger company that will build on a respected and well-known brand, create valuable industry jobs” and again “connect regions and communities across the UK.”

Wind Across the Camber – Stories of a Young Spotter in Ireland

Yes I like the simplified purple scheme, flew on CX in Sep 2015 BHD/MAN.
Wish FLYBE 2.0 well….providing they change their ridiculous and overpriced baggage rates.!