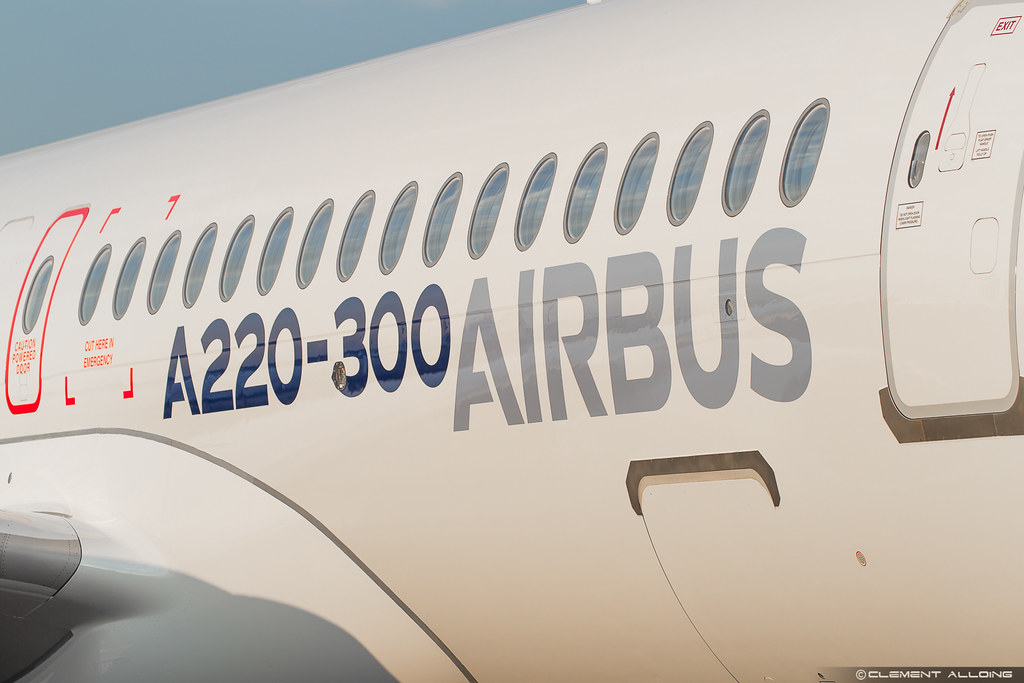 Bombardier hailed a triumph this summer as its fledgling CSeries aircraft was rebranded as the A220 after a partnership with Airbus was announced.

Whilst already in service with a number of airlines, the type should now see a resurgence in orders and a boost in the production process to allow more airlines to take delivery quicker.

If you want to add the aircraft to your flying log books, here’s where to see and fly the Airbus A220… The national carrier of Latvia, airBaltic is revitalising its fleet and network around the A220-300 variant, gradually replacing its Boeing 737 and de Havilland Canada Q400 fleets. It may even order the smaller -100 as it continues growing.

Based out of Riga, the type is currently flying a range of destinations, including Amsterdam, Barcelona, Frankfurt, London Gatwick, Milan, Moscow, Paris CDG, Venice and Zurich. Asian travellers have been able to get close to the A220 since 2017 when Korean Air started taking deliveries of the type. Based at Seoul Gimpo, it currently flies to destinations Busan, Daegu, Jeju, Jinju, Ulsan and Yeosu.

The airline will eventually fly a total of ten A220-300s and gradually expand its network. The aircraft are based in Geneva and Zurich flying on trunk business routes like Amsterdam, Birmingham, Budapest, Dusseldorf, Frankfurt, Lisbon, London Heathrow, Luxembourg, Madrid, Manchester, Milan, Nice, Oslo, Paris CDG, Stuttgart, and even recently started flying the steep approach to London City, which would be a special trip to take for any first flight on the type.

Not yet flying the type, Delta aims to have its first Airbus A220 join the fleet before the end of 2018. Initial reports state that it will be deployed on the longer, more prestigious routes of its Delta Connection network – in particular the longer routes, owing to the type’s range and comfort.

Expect it to be based initially at New York, but ultimately be found at all of the major hubs like Atlanta, Detroit, Minneapolis St Paul, New York LaGuardia and Seattle/Tacoma.

A future major operator of the A220 is home airline Air Canada, who will take 45 examples to replace its older Embraer 190 fleet on domestic and some international routes from hubs across the country.