Lhasa airport stands at an elevation of 3,570 meters above sea level, and it is one of the highest in the world. The airport was built in 1965. 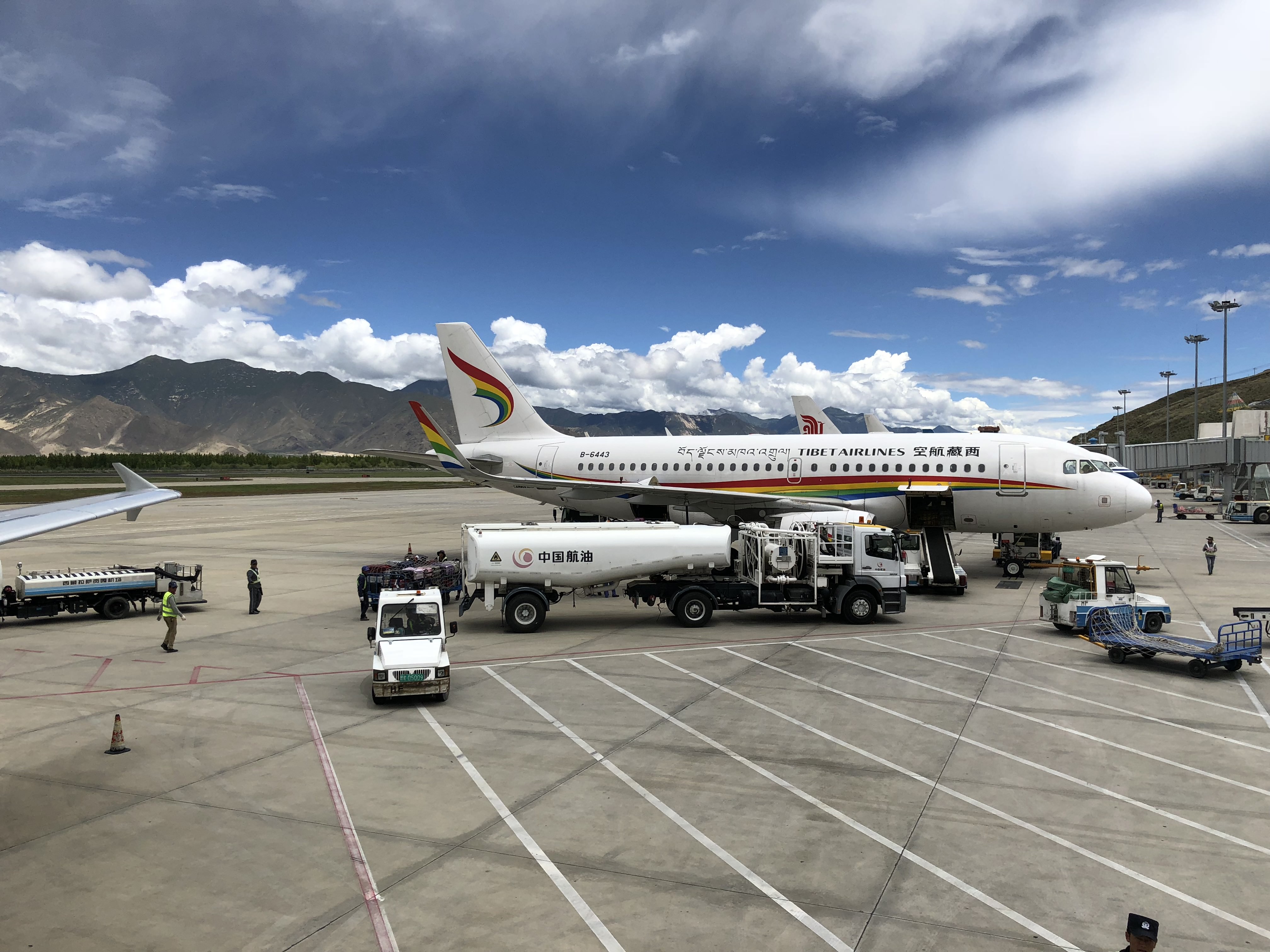 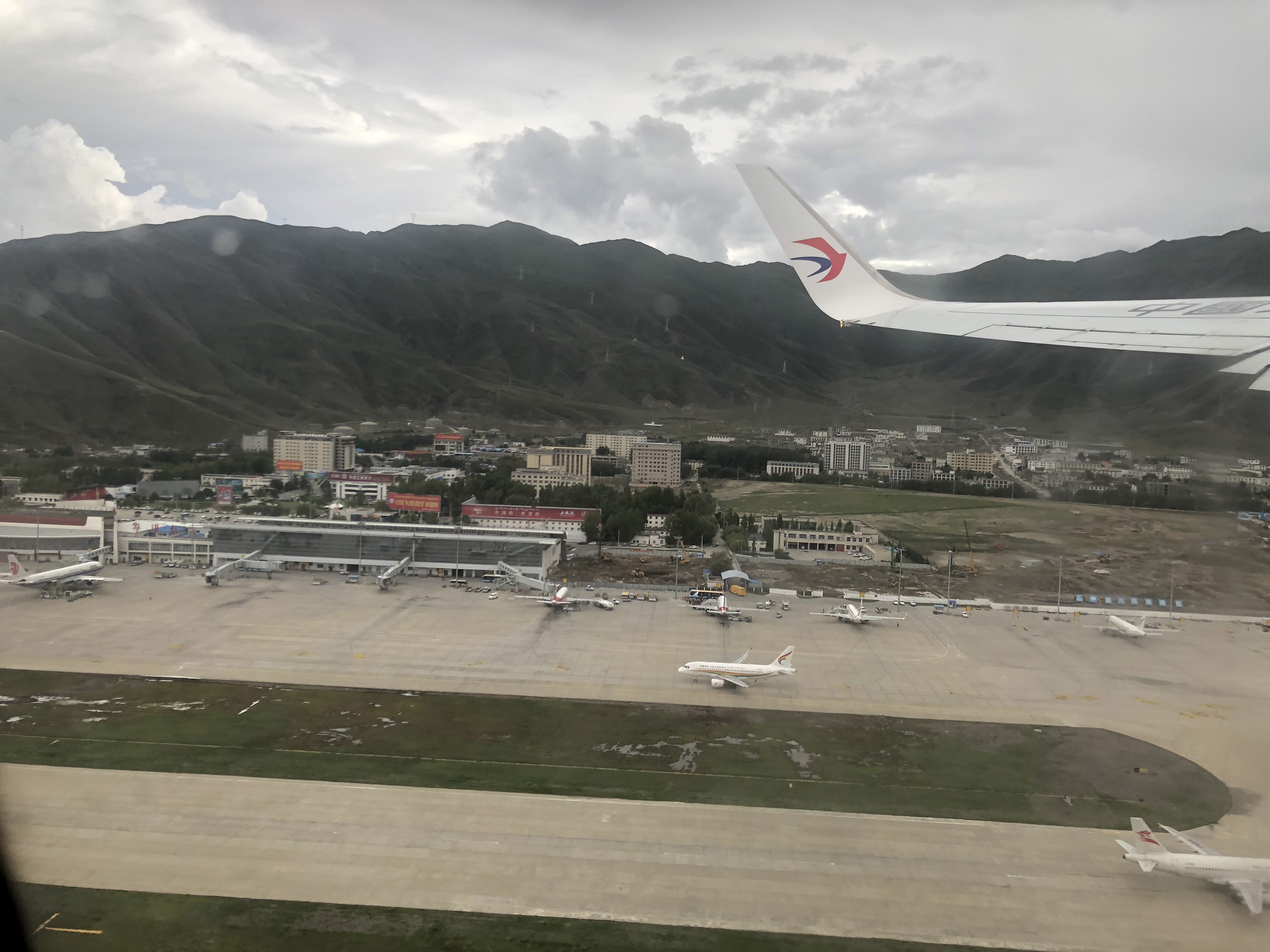 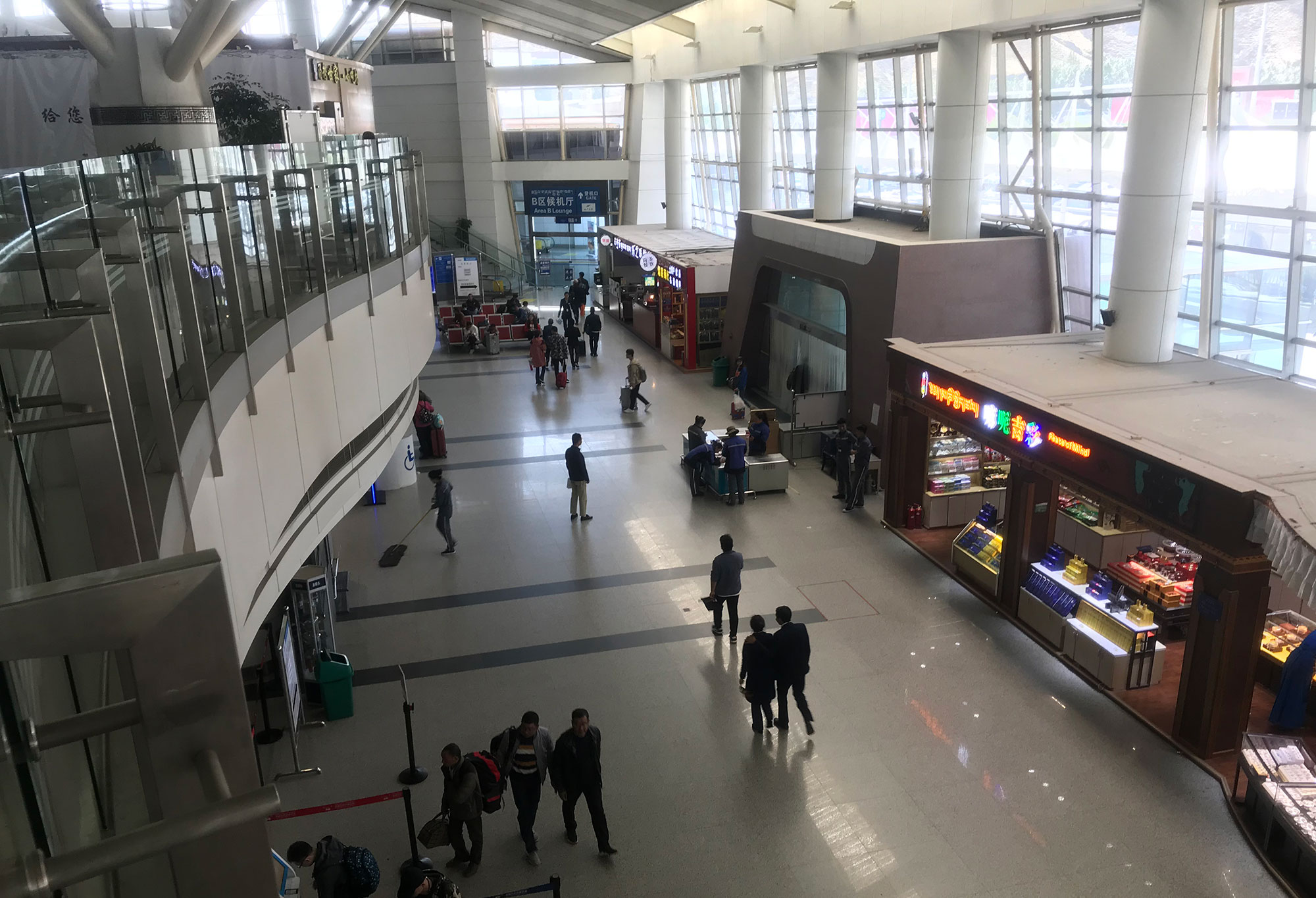 Nowadays it serves mostly domestic flights from a number of cities in China, and flights from Kathmandu, Nepal. All of the planes landing and taking off in Lhasa belong to one of the several Chinese airline companies, and pilots operating them have to go through special training on landing planes at high altitude.

Lhasa airport doubles as a military airport. When landing or taking off from it, you can see military helicopters along the runway.

The Tibetan Plateau, with an average altitude of 4,500 meters, is home to the highest mountains on the planet. The thin air leaves no room for mistakes in case of cabin decompression. Increased air pressure at high altitude causes turbulence. Strong winds also make it more difficult to land the plane. That’s why the high elevation made Tibet a no-fly zone for many years.

The first flight over Everest was in 1933. During WWII, there were many attempts to fly over the Himalayas. Pilots even coined a special term – “The Hump” for the Himalayan range that they were trying to conquer. The first airport in Tibet was built only after establishing safe routes above the peaks. That airport was in Damshung County at an elevation of 4,200 meters.

Later, Lhasa Gonggar airport was constructed at a more favorable location and it became the main air hub in Tibet.

The second runway was built in 1994, and terminals were upgraded in recent years. 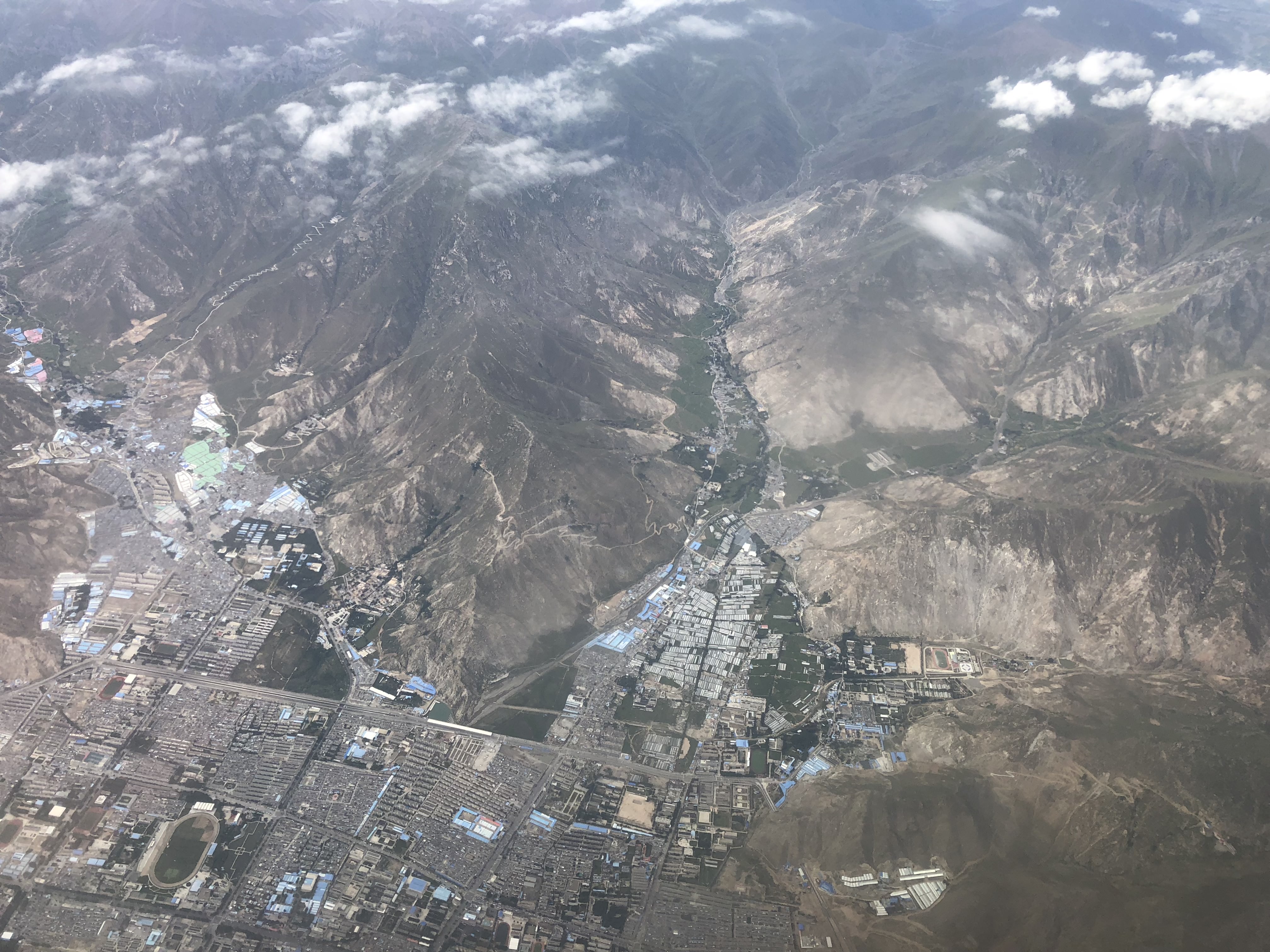 Lhasa Gonggar airport was built on the bank of the Brahmaputra River, where the valley becomes wide enough to land planes safely. High mountain ranges surround the airport.

The airport is 68 km to the South West of Lhasa. There is a highway connecting Lhasa with the airport. It takes about one hour to travel to the capital.

The airport is the main entry point into Tibet Autonomous Region. In order to travel there, you have to present a Tibet travel permit (here’s how to get one). You will need to arrange this permit through one of the Tibetan agencies.

From Nepal. When flying from Nepal, you will also need a Chinese group visa that you can get in Kathmandu. There is a daily flight from Nepal only about 90 minutes long. On the flight to or from Lhasa, you can enjoy incredible views of the Himalayan mountains.

Within Tibet. Lhasa airport is a connecting hub between other airports in Tibet:

Our thanks to Wonders of Tibet for compiling this information about Lhasa Airport.

Where to Spot at Birmingham Airport