New Icelandic carrier PLAY Airlines has received its first aircraft, painted in its bold red livery which is sure to stand out.

The airline is based at Keflavik International, serving the capital Reykjavik, and will begin flying to destinations across Europe including Alicante, Barcelona, Berlin, Copenhagen, London Stansted, Paris Charles de Gaulle and Tenerife South.

The airline received its Air Operator’s Certificate in May 2021, and intends to begin flights later this month. 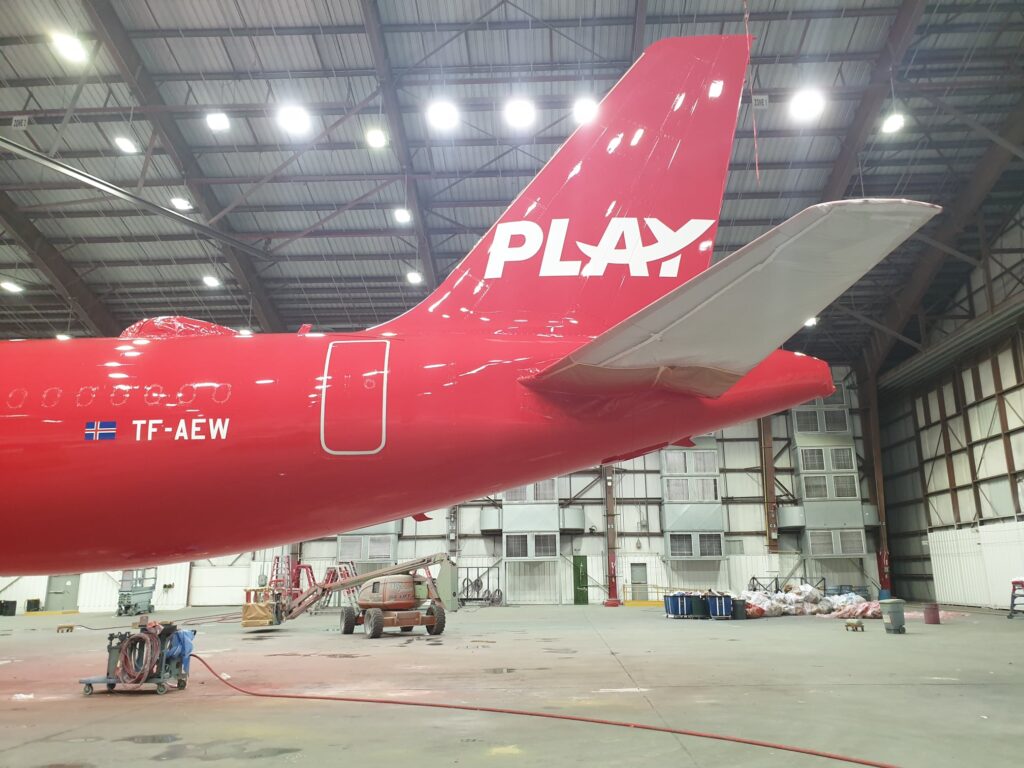 PLAY Airlines plans to operate up to six Airbus A321 aircraft. Initially, two will be used to launch operations.

The first aircraft is A321neo TF-AEW, which was previously operated by Interjet in Mexico. As you can see in these pictures and video, the aircraft was recently painted and delivered to Keflavik ahead of the commencement of flying.