Australia has a fascinating history of aviation, with some of the best-known pioneering airlines and organisations, and fleets of aircraft over the years.

Thankfully it is a country which values its aviation heritage, and you can find plenty of preserved aircraft at museums and in collections all over Australia.

Located at Albion Park regional airport, about an hour south of Sydney, HARS is a “living museum” where most of the aircraft fly regularly.

Military heavies here include an ex-RAAF Orion, 2 Neptunes, 2 DHC-4 Caribous, 2 ex-RAAF Douglas C-47s, a beautiful Catalina, and non-flying Hunters, Canberra, Sabre, Harvard, and a stack of smaller types like an ex-RAAF Auster, dh Drover and a dozen others. 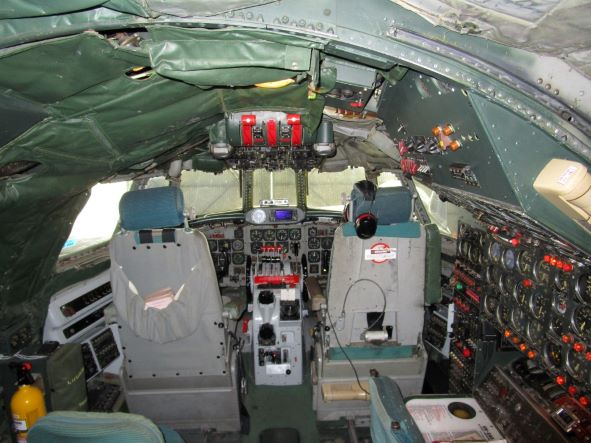 Among the airliners, they have the following:

The Super Constellation is the museum’s star attraction, as possibly the only airworthy example in the world – an occasionally available for pleasure flights! 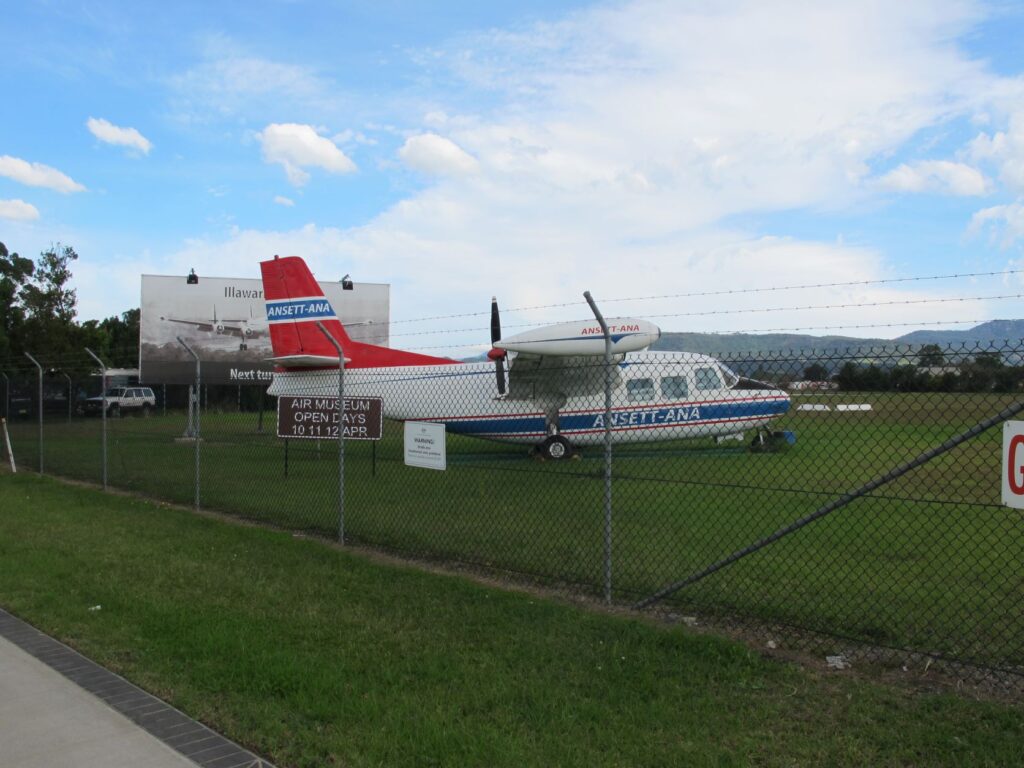 Their other star attraction is ex-QANTAS B747-438 VH-OJA (cn 24354), which ferried the short 15 minute hop from Sydney in March 2015. The engines were removed and replaced with blanks, and the interior and flight deck are complete.

Merv says: “A marvellous place to visit, and for $10 you have a fully escorted tour round the hangars and apron, climbing in through Neptunes, C-47s and of course the 747.”

HARS has also been donated ex-QANTAS B707-138 N707JT (ex VH-EBM), owned by John Travolta, who flew it regularly in the past. It was due to be ferried to the HARS site last year, but with COVID issues and the sad passing of Johns wife, it has been delayed. Watch this space! 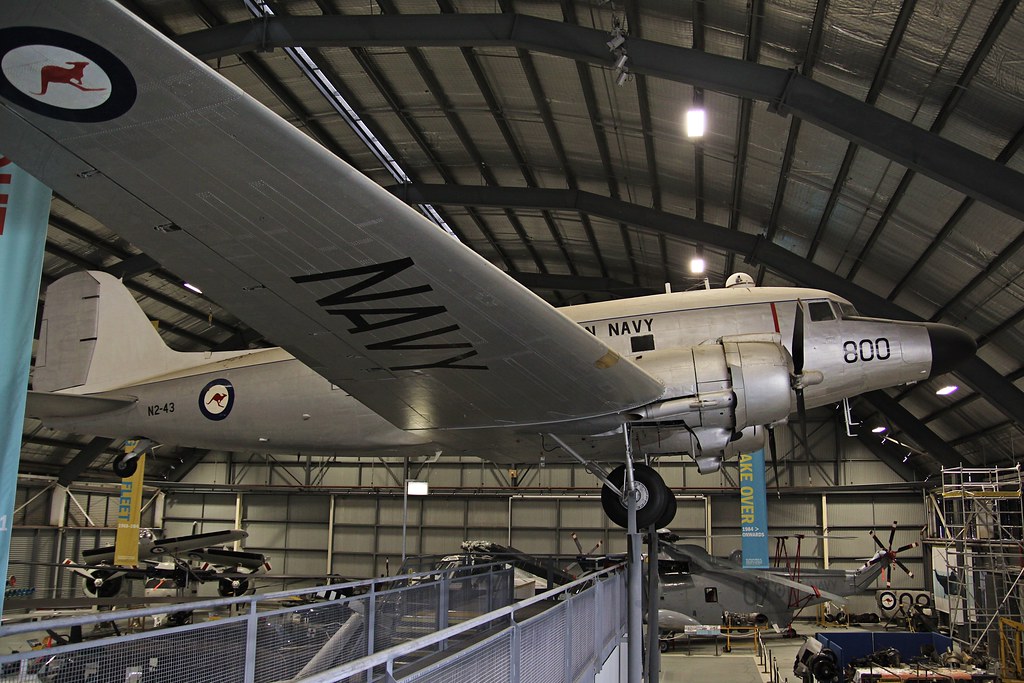 Located at HMAS Nowra airfield, the RAN Fleet Air Arm Museum is one of the largest regional aviation museums in NSW, containing over 30 aircraft and numerous aviation exhibits. It is packed with everything the RAN ever flew to the modern day.

Naturally these are all military aircraft, however among the transport types isa Douglas C-47A Dakota.

Merv says “Nowra is a fully operational military airfield, but with an observation area.” 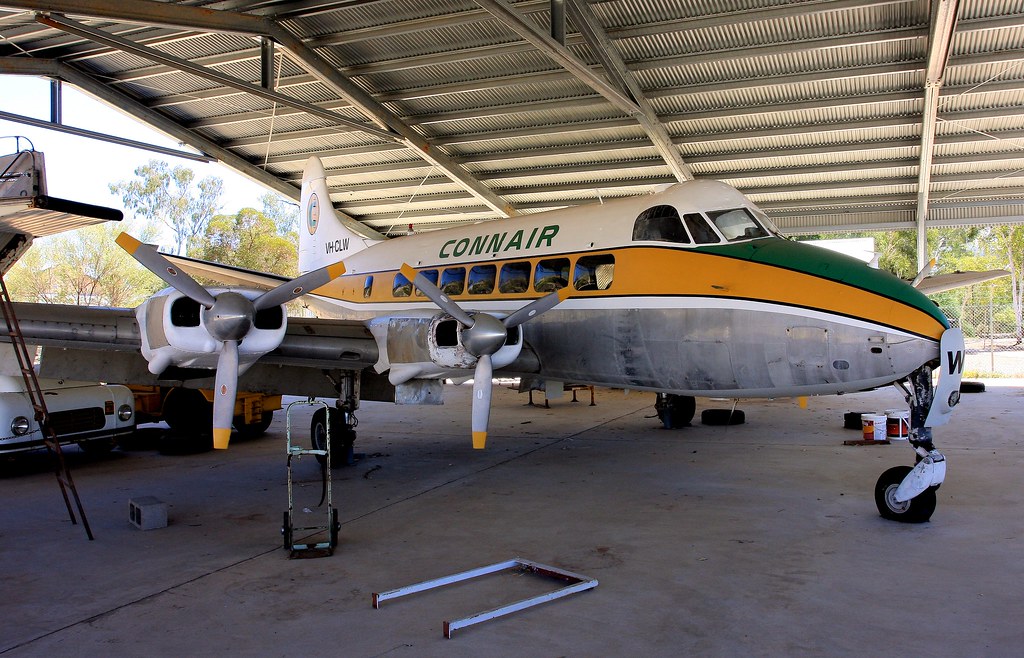 A small museum located at Alice Springs, located in the original hangars. The collection includes: 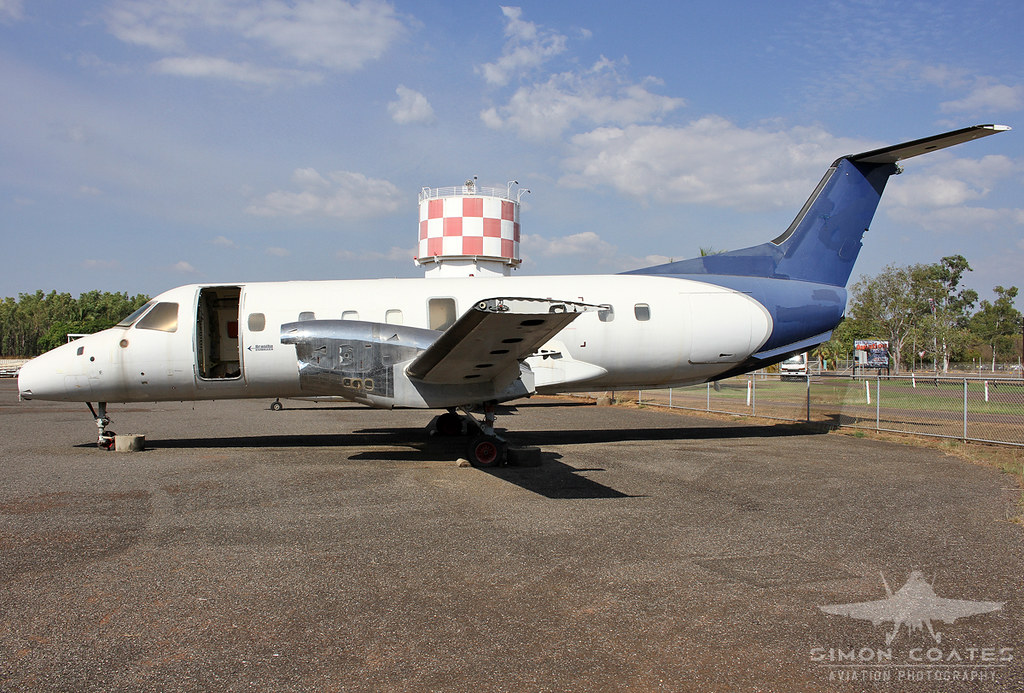 This mostly military museum has a few transport types on display: 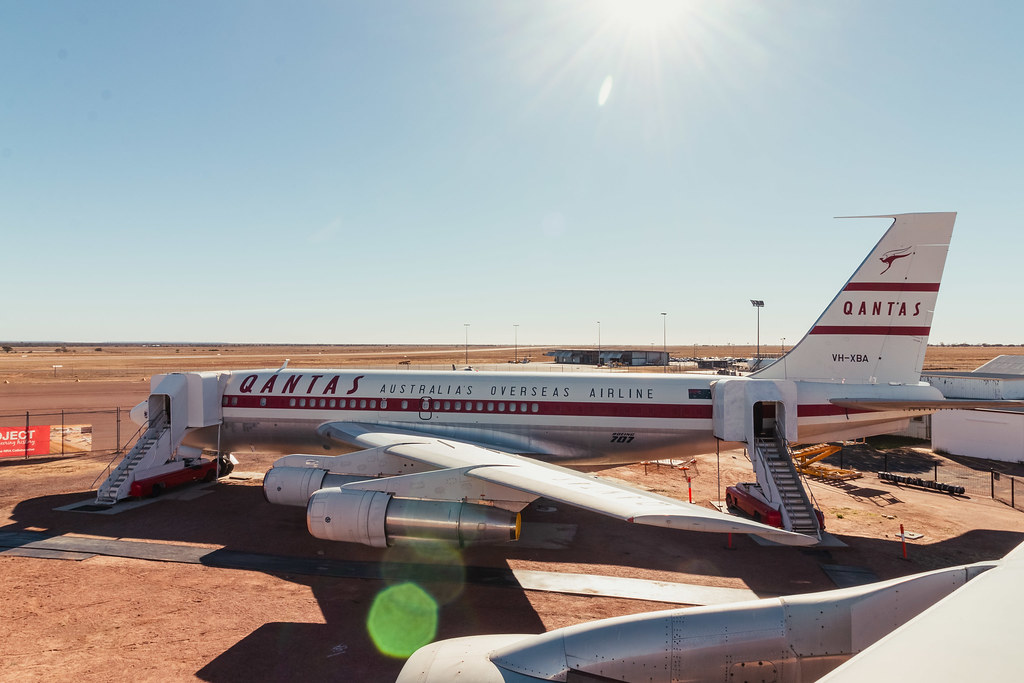 Located at remote Longreach Airport in northern Queensland, the QANTAS Founders Museum is dedicated to the heritage of Australia’s national airline – Queensland and Northern Territory Aerial Service, or QANTAS To you and me.

The museum is not affiliated with QANTAS, but today is home to a number of their historic former fleet members. 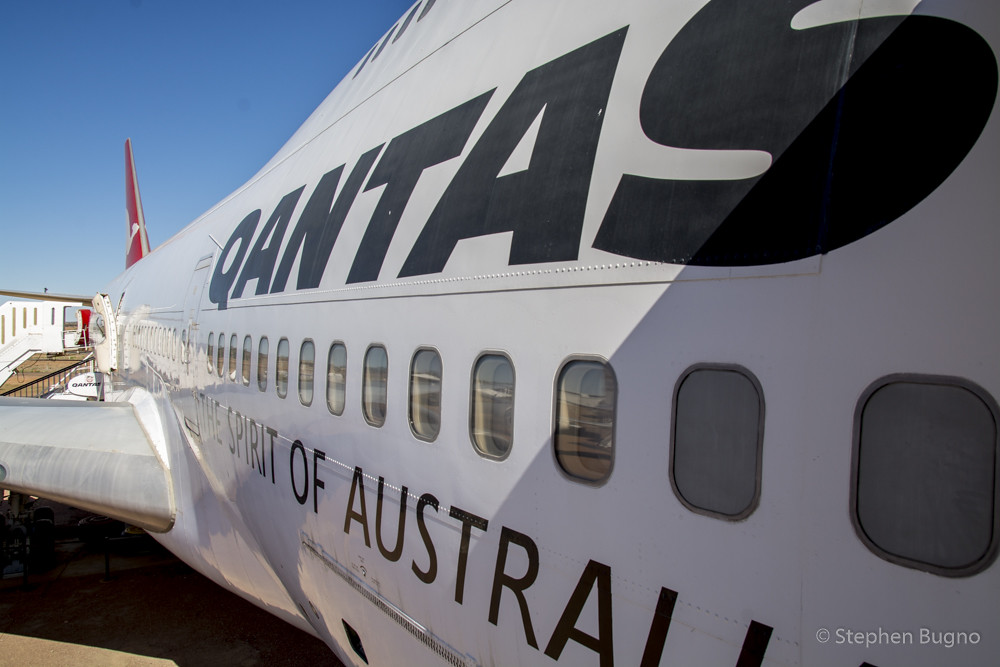 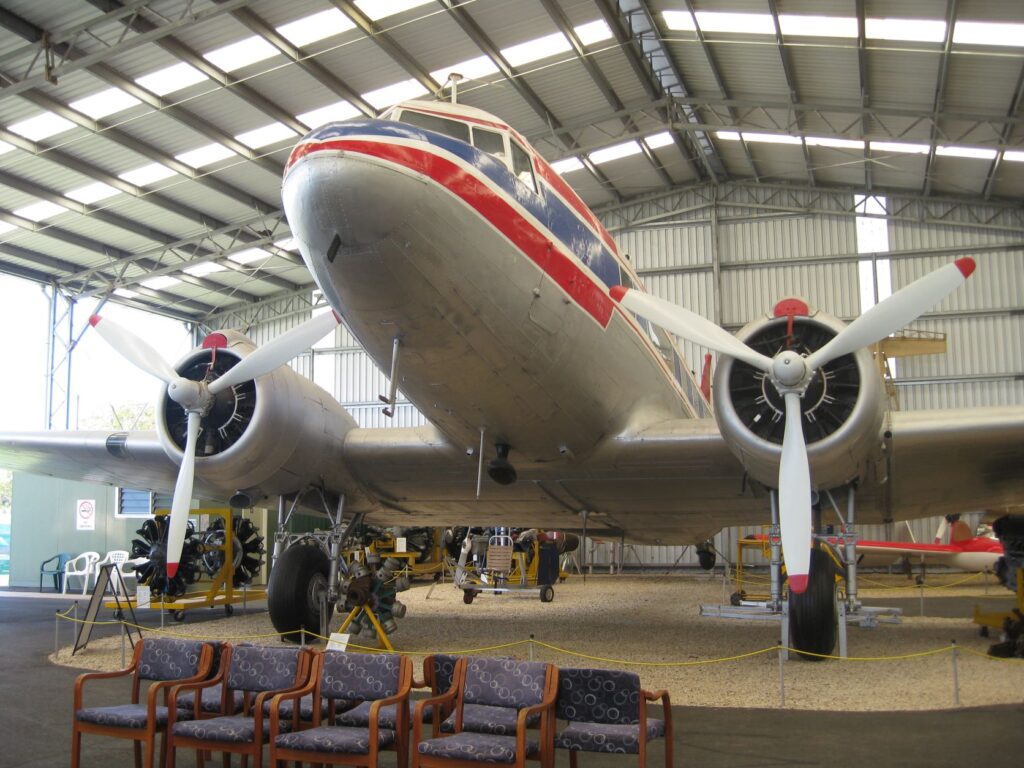 The QAM Queensland Air Museum at Caloundra airfield, an hour north of Brisbane, is an excellent location.

They have a good mix of military and civil, tiny single seaters to Lockheed Neptune, Orion, Caribou, helicopters, aero engines and more.

Caloundra airport itself is a busy general aviation airfield, so many of the exhibits, flew in – “but not the Orion or Neptune though!!” 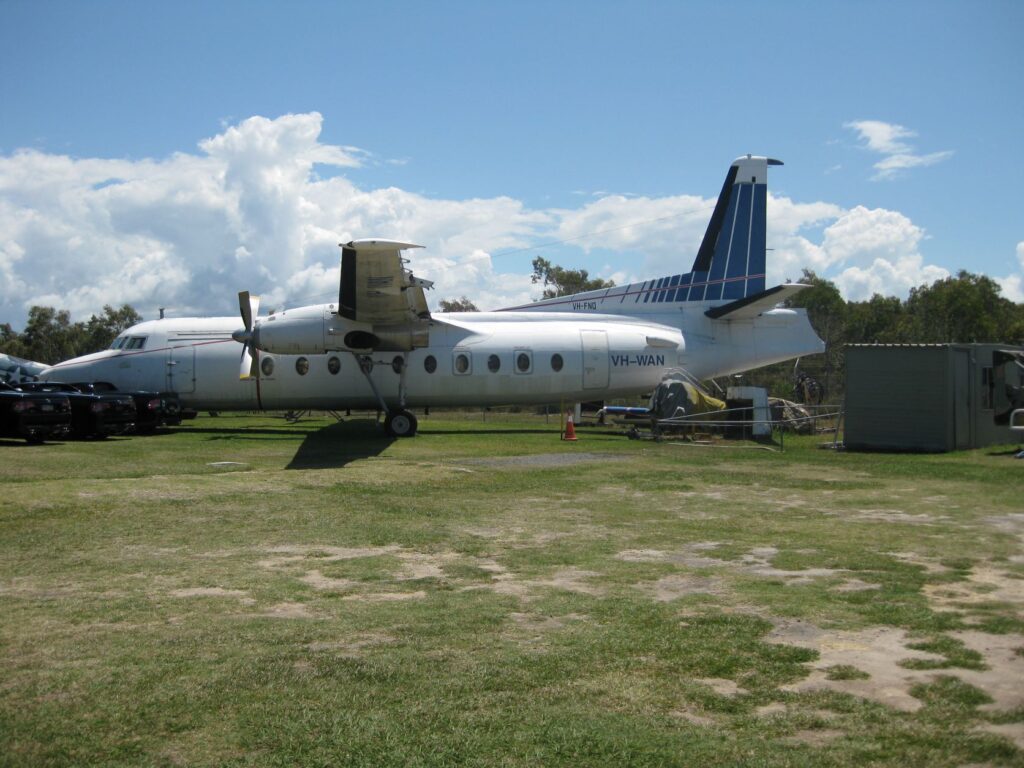 Among the many civil exhibits are: 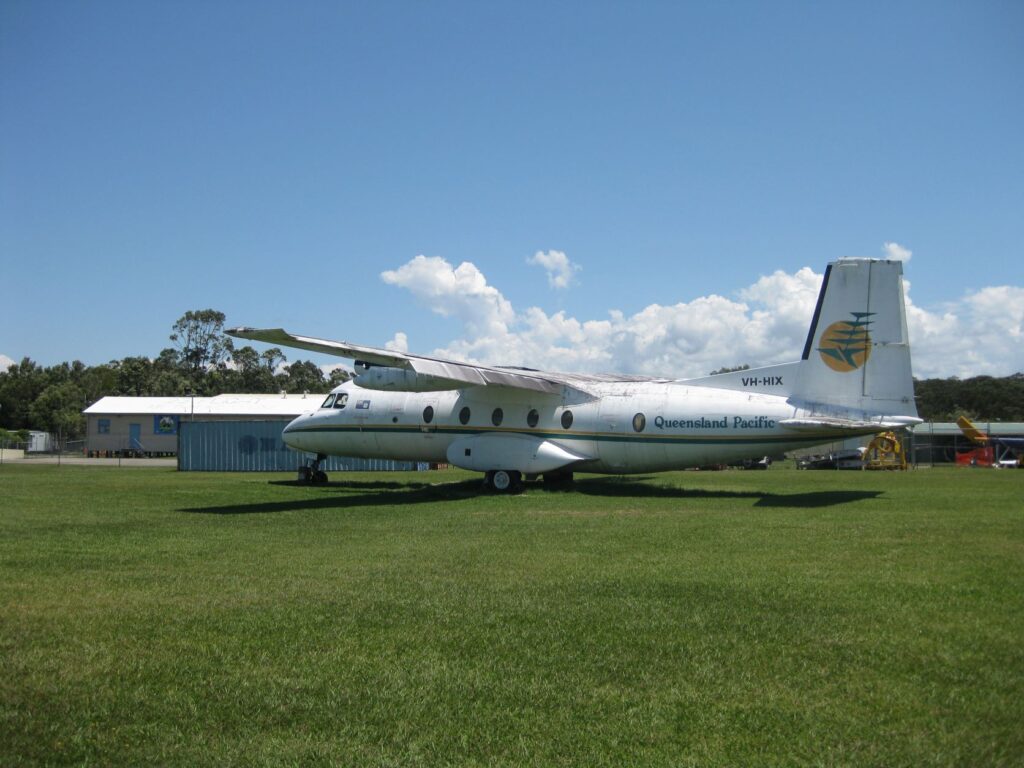 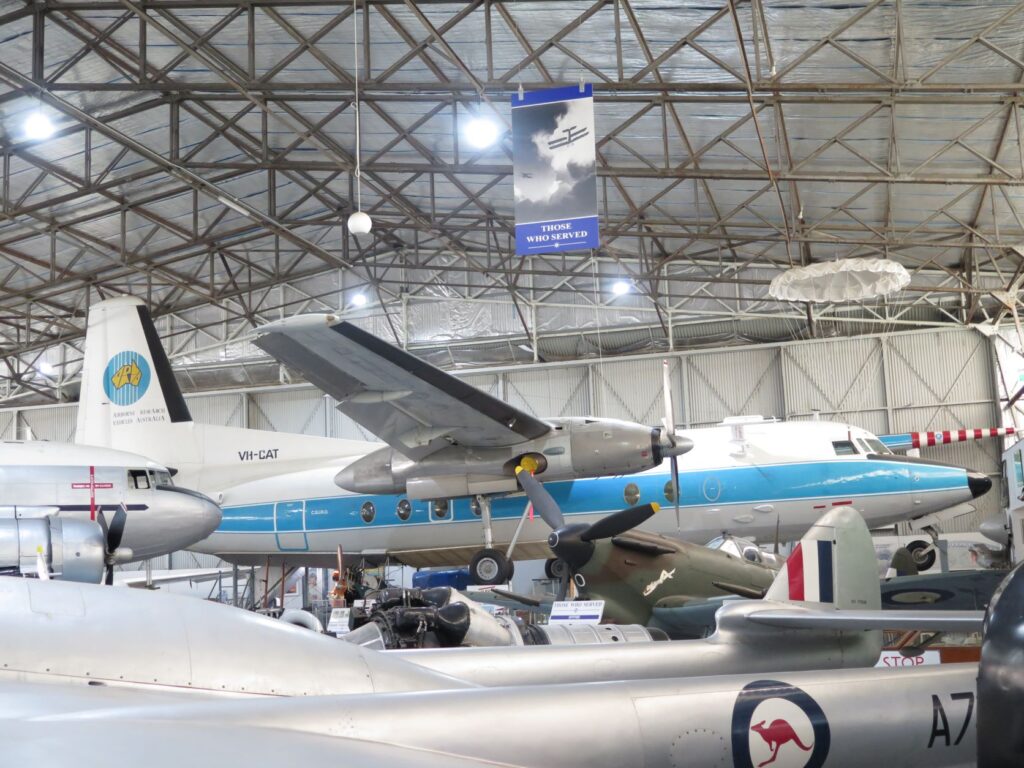 SAAM is a mostly military museum located in Port Adelaide. However they do have some civilian types. Namely: 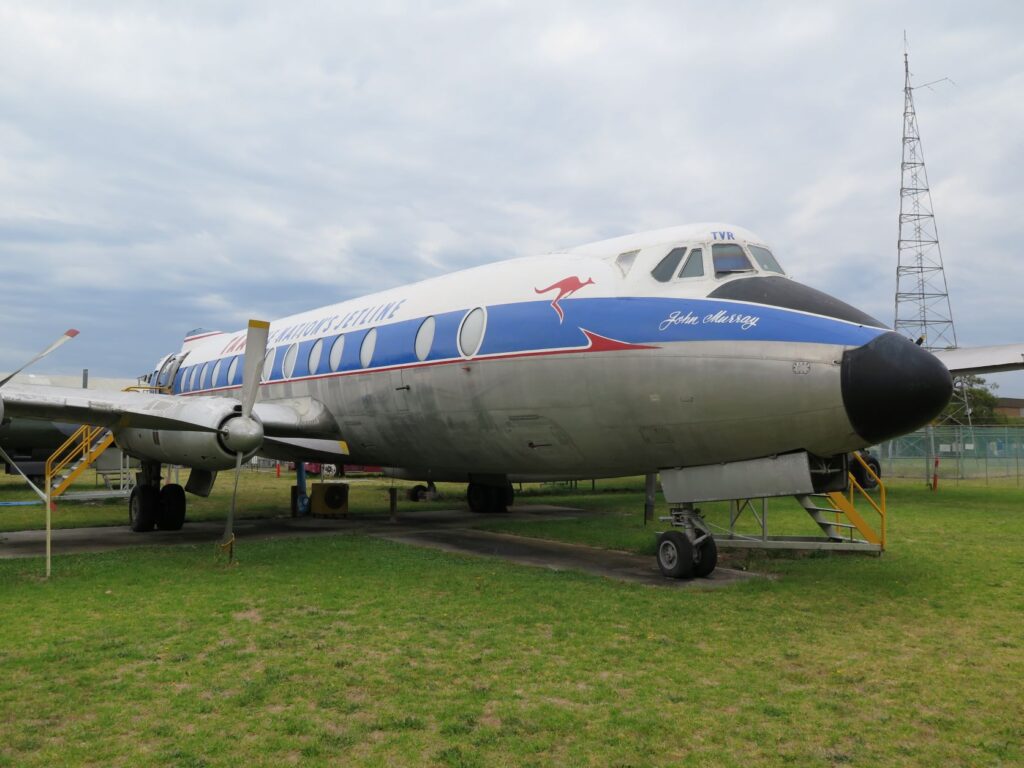 Located at Melbourne Moorabbin airport, this decent museum has “about a 50/50 military and civil split, with lots from the 1920s, 30s and 40s, including WW2 Beaufighter and Beaufort aircraft.”

Among the civil types are: 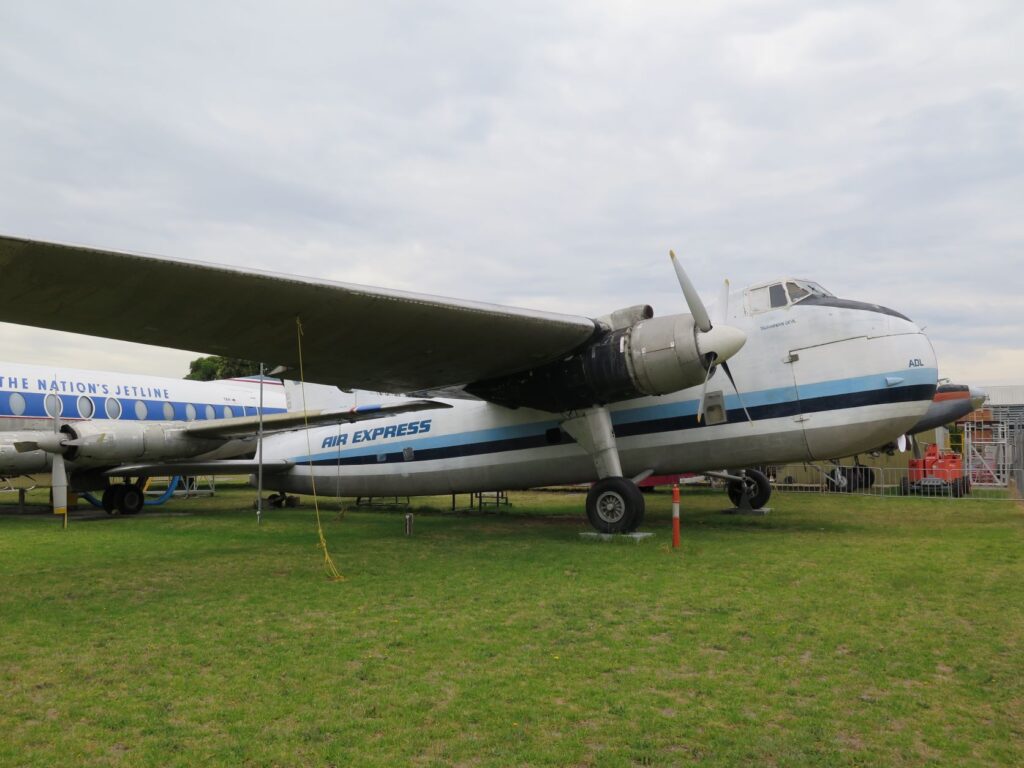 They also have the usual military types, like the Canberra, Hunter, Wessex, Sabre etc. Plus an ex-TAA DC-9 simulator

“Well worth a visit” says Merv. 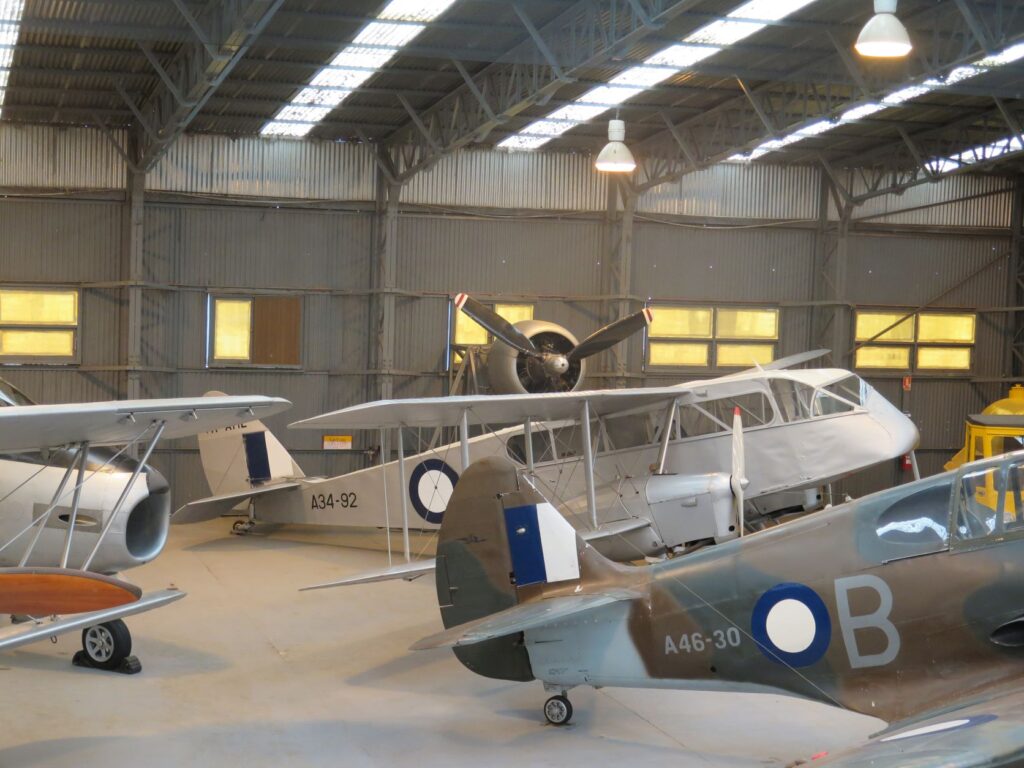 Located at Point Cook Airport, to the south of Melbourne, this is the official museum of the Royal Australian Air Force, the second oldest air force in the world. The airfield is the oldest continuously operating Military Air Base in the world.

While its collection is, naturally, mostly military, they do have 1943 de Havilland Dragon VH-AML on display.

Among the ‘heavy’ military aircraft located at the museum, you’ll find a B170 Bristol Freighter, Lockheed Hercules and P-3 Orion, de Havilland Canada DHC-4 Caribou and BAe Andover on display. 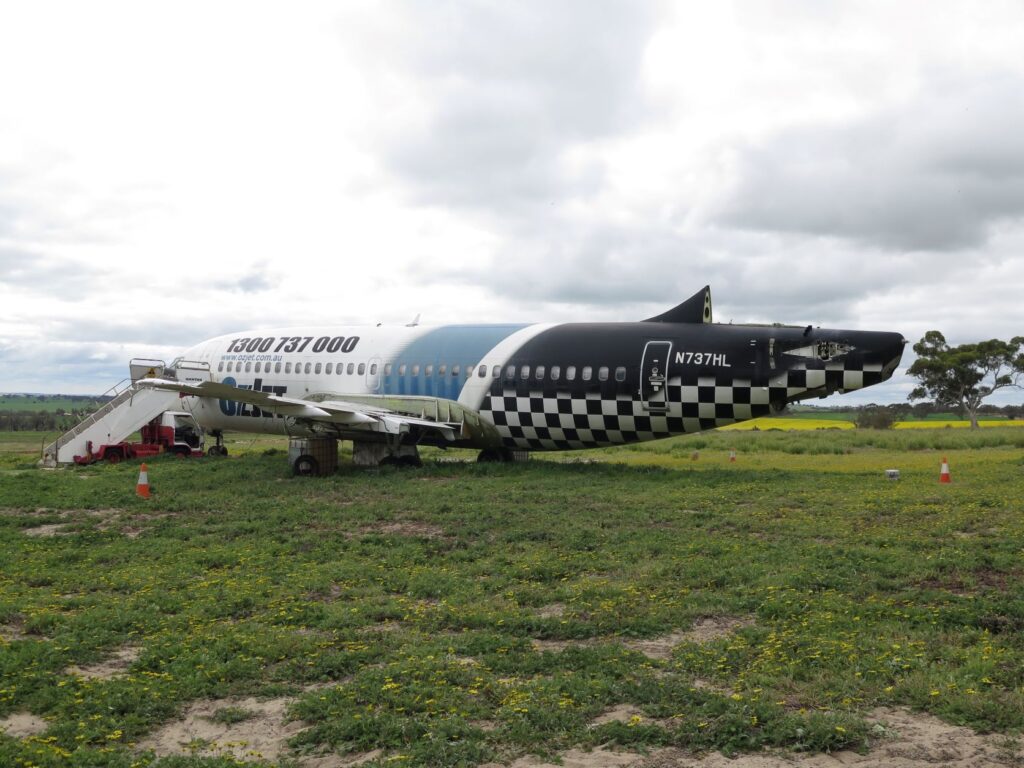 While not in a museum as such these ex OzJet Airlines B737-200s have found some kind of preservation. They operated out of Perth 2007-2009 then went bust.

Whitegum air park is a 90 minute drive east of Perth. It is a working farm with a light aircraft and auto gyro flying school off two gravel runways, and a camping and caravan site. 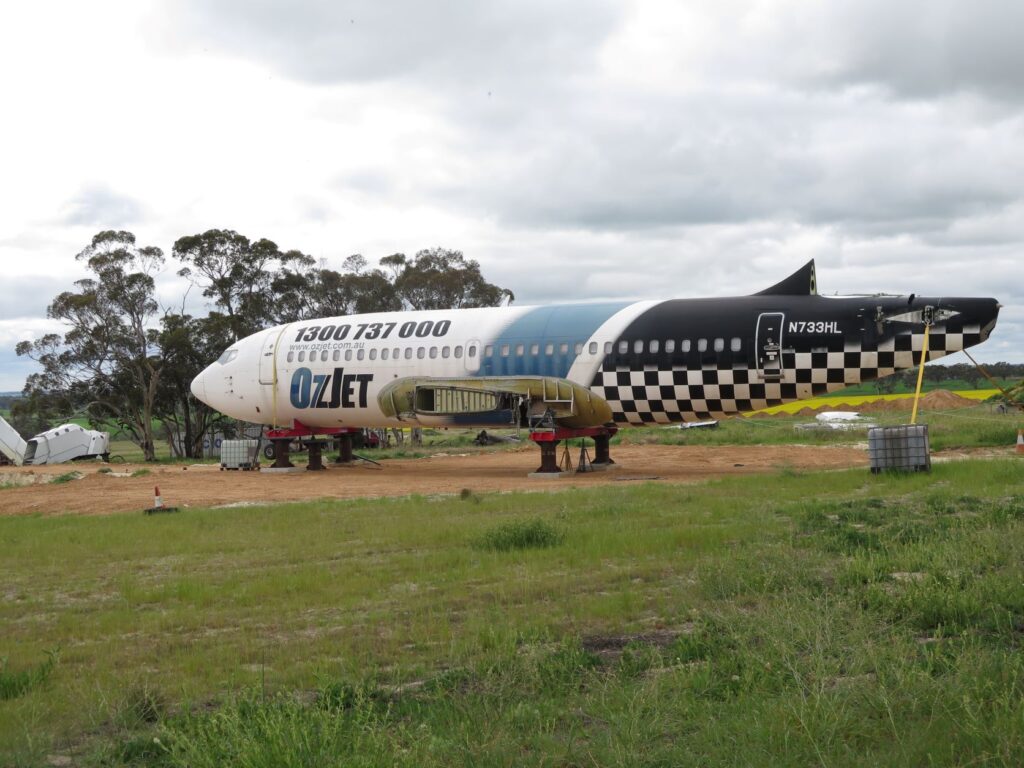 The third OzJet 737, VH-OBN, became N732HV and after a year parked at Perth, made a 7 minute wheels down ferry to Perth Jandakot (GA) airport where it is completely intact and used by engineering apprentices, including engine runs.

Merv concludes: “So that’s about it for museums here, yes we are lucky to have two 747s, will have two 707s, a flying Super Constellation and our DC-3s, Convair 440 and two Friendships.”

There are of course other smaller aviation museums around Australia, and each may have smaller civil transport aircraft on display. 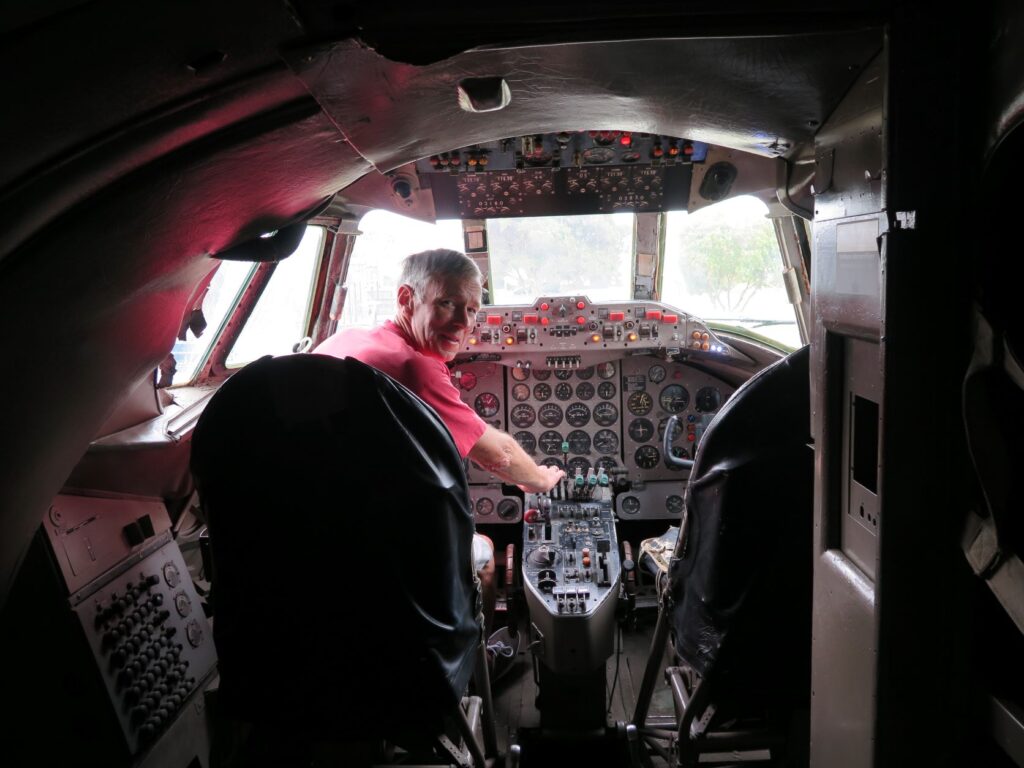 Merv inside Viscount VH-TVR at Moorabbin.

Our thanks to Merv for putting this guide together and supplying his pictures.

If you’ve enjoyed this, or have any updates, please leave a comment below!

Fascinating collection curated by passionate aircraft fans. Preserving the amazing history of air travel Well done to all concerned in the effort to salvage, restore and put on show these fine examples of Aviation in Australia.

I used to visit my parents at Moorabbin once a year. Never knew there is a museum at the airport.