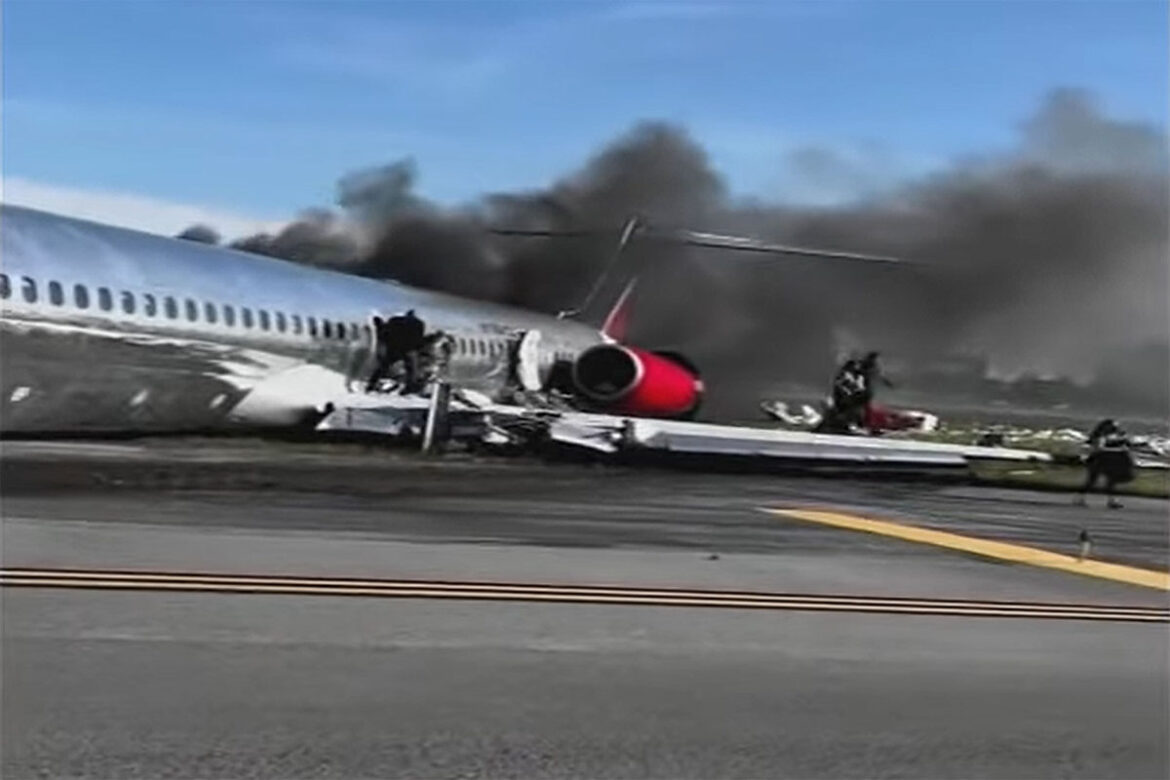 The aircraft, operating with 126 people on board, suffered a landing gear collapse during the landing rollout, which resulted in it departing the runway and coming to a halt with a fire developing on its right wing.

Red Air McDonnell Douglas MD-82 crashes on landing at Miami Airport in Florida. Of the 140 people onboard, 4 injuries are reported at this point. https://t.co/D4Lkhsezvt pic.twitter.com/LGkltD41xO

The aircraft travelled through some of the instrument landing infrastructure at the airport, and aircraft following it on approach were ordered to go around and land on alternate runways.

Note how many passengers put their luggage ahead of the safety of others.

I am amazed at how stupid or maybe selfish some people are collecting all their belongings before they get off. Glad it was a good result in the end