Long seen as one of the darlings of the aviation industry, Southwest Airlines is regarded as one of the most loved airlines, and the innovator which began the worldwide low-cost revolution.

Today it is one of the world’s largest airlines, focusing on a single fleet of Boeing 737 aircraft, and covers a wide-range of destinations across the United States, plus Mexico and the Caribbean.

Founded in 1967 be Herb Kelleher, a larger than life businessman and lawyer, the original idea was to link Houston, Dallas, San Antonio and Austin by low-cost air service. It was inspired by Pacific Southwest Airlines which had a similar model in California.

The airline initially flew Boeing 737-200 aircraft, operating with a ‘no frills’ strategy which meant seats were not assigned and catering was not provided, allowing costs to be saved. This went in the face of all other airlines at the time, which were still providing these extra services.

Following deregulation in 1978, Southwest Airlines was able to expand and bring its low-cost model to cities across the United States (however, it remained in the south western states for a long time before venturing east in any meaningful way).

The airline briefly included Boeing 727s in its fleet, but for the majority of its lifespan has focussed on the 737. It initially operated the -200s, then added a large fleet of 737-300s (it was the launch customer), with some supplemental -500s.

In December 1997, Southwest Airlines became the launch customer for the new Boeing 737 Next Generation range, adding many 737-700s and later -800s.

Southwest Airlines acquired rival AirTran Airways in 2011, giving it much more access to the east coast and a hub in Atlanta. The airline’s Boeing 737-700s were absorbed, but the 717s were disposed of.

Southwest Airlines was also the launch customer for the Boeing 737 MAX, introducing the MAX 8 in August 2017. To date it has acquired 34 of the type, with over 200 on order (plus the MAX 7 variant), however owing to the problems with the type and its worldwide grounding, they are all currently in storage.

Southwest Airlines has its main hub at Dallas Love Field. It also has hubs in:

The airline’s route network stretches across the United States, serving over a hundred destinations in 40 states. The airline pioneered flying into secondary airports serving major cities and tourist destinations but, as you can see from the list of hubs, this now covers many of the major US airport hubs.

It has recently been expanding to serve Hawaii, Mexico and Caribbean destinations.

Southwest Airlines aircraft flew with a standard sand-coloured desert livery from its early life to the early 2000s when the canyon blue ‘Spirit’ scheme was introduced.

In 2014 an updated livery was introduced, known as Heart. For the first time the airline name was moved from the aircraft’s tail fin and onto the forward fuselage.

However, of interest to aviation enthusiasts are the many special liveries worn by Southwest Airlines’ aircraft, mostly commemorating state flags, but in the past have been painted as killer whales and other unusual schemes. Each has a name, usually ending in ‘One’.

Here’s a list of the Southwest Airlines special liveries: 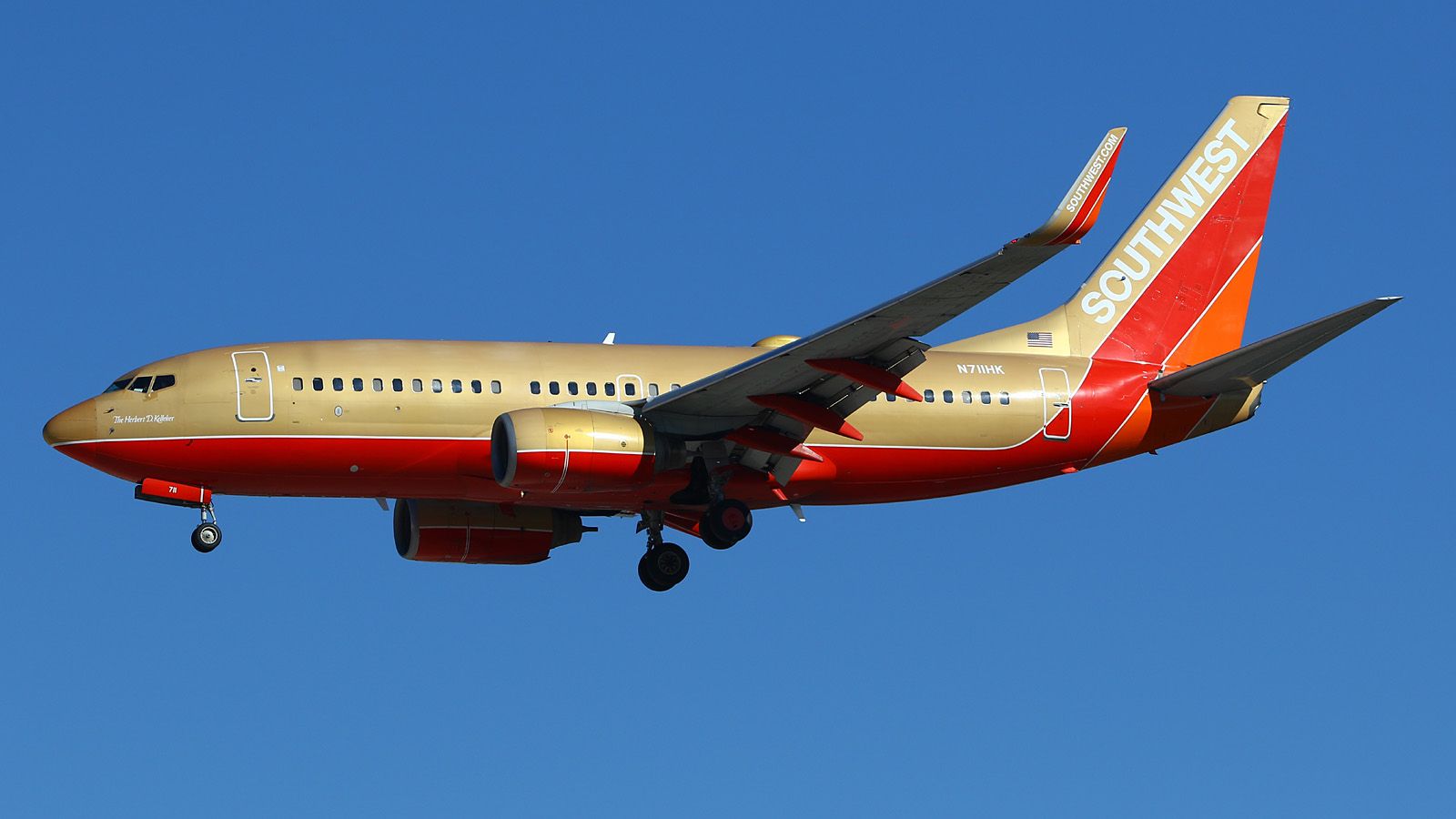 There are two preserved Southwest Airlines aircraft, both at the Frontiers of Flight Museum, Dallas Love Field. 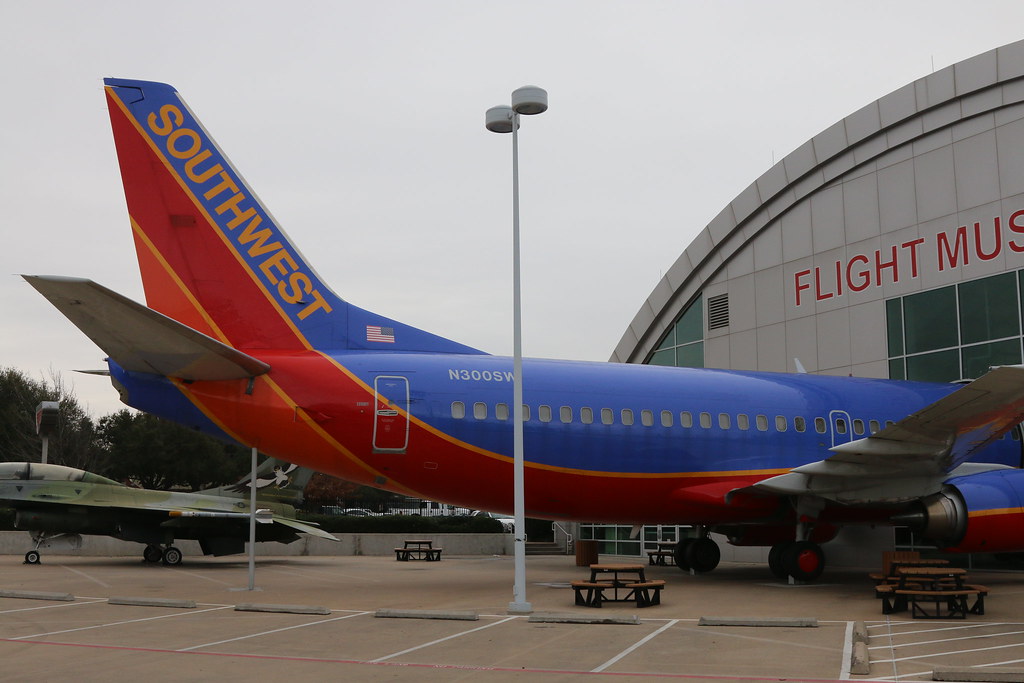 This aircraft has its forward fuselage and cockpit inside the museum building, with the rear fuselage and tail outside. This was the first Boeing 737-300 to enter commercial service, so is a special airframe.