Seattle is one of the greatest places on earth for fans of commercial aviation.

As the home of Boeing and three of its biggest production facilities, where thousands of new airliners and military transports roll off the line every year, it’s a place to see a great variety of new types in close proximity.

The area is also home to a major airport at Sea-Tac, and many smaller airports and GA facilities, as well as a thriving seaplane scene.

Seattle is in the northwest corner of Washington, the most north-westerly state of the United States. It is close to Vancouver in Canada, and also the Pacific Ocean.

In this article we’ll look at the different highlights for spotting in the Seattle area, and what not to miss. 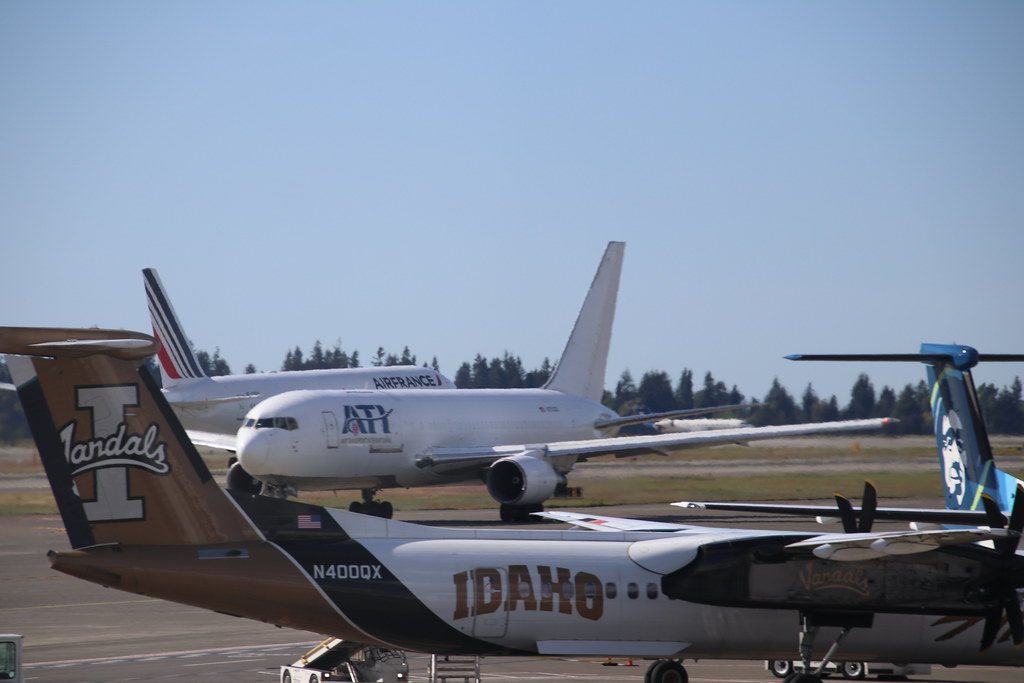 Known to most as Sea-Tac, this is the main airport serving Seattle and the surrounding areas of population.

Sea-Tac is the Pacific Northwest’s busiest airport, and is a major hub for Alaska Airlines/Horizon Air and Delta. It is also well served by other legacy carriers and sees international services from Asia and Europe. If you’re flying to Seattle, this is most likely the airport you’ll arrive at.

The airport has three parallel north-south runways, with a large terminal on the south-eastern side which has two satellites linked via an underground people mover. To the north of the terminal complex is the cargo apron served by FedEx, ABX, and a variety of Asian carriers.

This hotel has 12 floors and rooms facing the airport on the higher floors have partial views of the parking apron and runways beyond. You can usually see most movements, and closer aircraft can easily be read off. It is a little distant for photography, however.

Chances are you’re visiting Seattle for the Boeing airports, so waste no time in getting started.

There are three airports: Boeing Field, Paine Field and Renton Municipal. We’ll go into a bit more about each one here. Located just south of downtown, this airport is the finishing off and testing location for the Boeing 737, and occasionally sees other types flying in. It is where 737 deliveries take place. You’ll also find a busy cargo and bizjet scene at Boeing Field, as well as the excellent Museum of Flight. Paine Field, located to the north of the city in Everett, is the main production site for Boeing’s wide-body airliners – the 747, 767, 777 and 787 Dreamliner at present. In fact, the building in which they’re constructed is the largest building by area in the world. Outside you’ll see lines of these large airliners being towed around for painting, and prepared for delivery, which takes place at a special building on site.

Various other operators use Paine Field, from light aircraft to biz jets, and soon Alaska Airlines, Southwest and United will begin passenger flights from a new terminal.

The best spotting location is the roof of the Future of Flight building (1) in the north-west corner of the airport. It has a rooftop balcony which overlooks the runway 16R threshold and is perfect for photography. You can see the production lines at a distance. It holds a museum of Boeing, various aircraft exhibits, and a fantastic Boeing store selling all sorts of merchandise. The Future of Flight is also the place where 90 minute tours of the Boeing Production Facility begin (logging is fine, but photography is not permitted on the tour). Open daily 8.30am to 5.30pm. See www.futureofflight.org

There are a number of historic aircraft stored and under preservation at Paine Field. From the access road (or the observation deck with binoculars) you might see a de Havilland Comet 4B, a Learjet, and a B-52. There’s also a retired FedEx Boeing 727 hidden among the Everett Community College buildings. 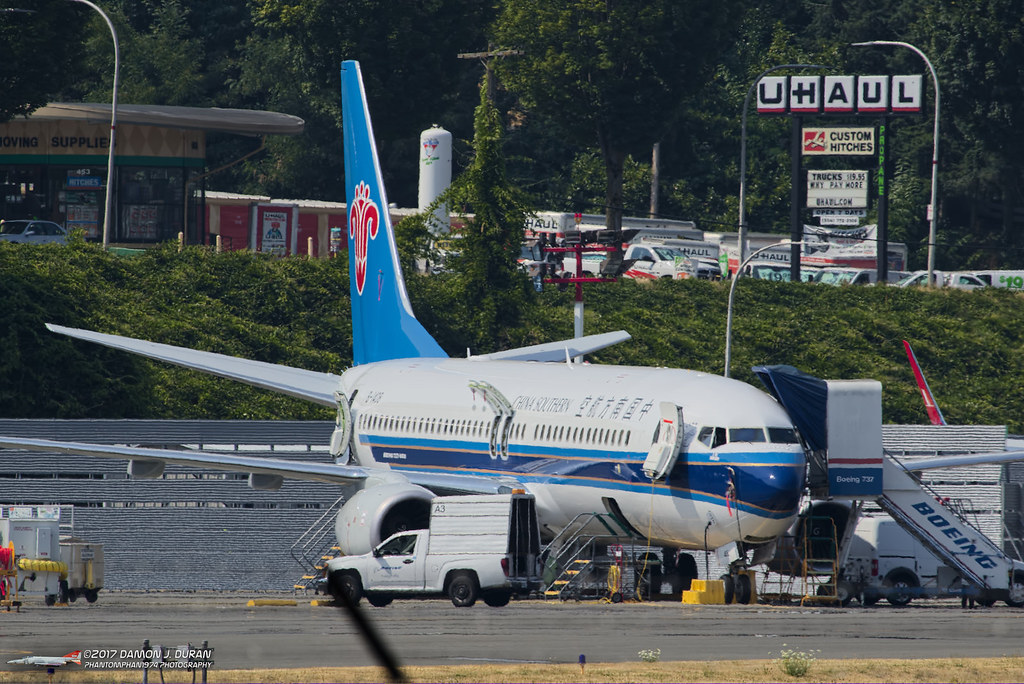 Quite a small airport 12 miles south of downtown, whose single runway ends abruptly at the shore of Lake Washington, this is where Boeing 737s are produced. Because of the hemmed-in nation of the site, you’ll find the airliners parked around all sides being finished off and readied for test flight, which usually sees them transfer over to Boeing Field. The production halls are in the north-east corner of the airfield.

Other aviation highlights in Seattle As already mentioned, the Museum of Flight at Boeing Field is excellent. Centred around the original buildings used by Mr Boeing when he started manufacturing airplanes, this collection covers all aspects of aviation from the earliest days of flight to the present day, both civil and military. The airliner collection includes the prototype Boeing 737-100, 727-100, 747-100 and 787-8, plus an Air Force One 707, Canadian Lockheed Constellation and British Airways Concorde. The ‘air traffic control tower’ part of the museum and the area outside the entrance are good places to spot aircraft movements on the runway. Open daily 10am to 5pm (9pm first Thursday of the month). Adults $20. Cheaper for concessions and under 5’s are free.

On the north shore of Lake Washington, to the north of downtown Seattle, is this busy seaplane base. It is the home of Kenmore Air which operates a variety of seaplanes to destinations all around Seattle, Puget Sound and even into Canada. You can usually see most of their aircraft from the car park and office building. 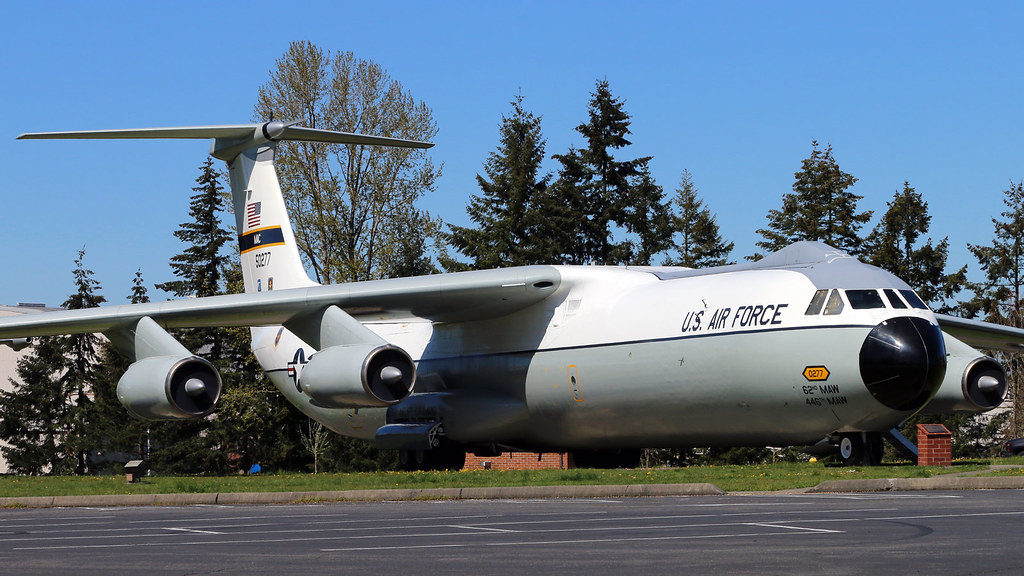 For those with a military persuasion, the largest air force base in the Seattle area is McChord, about 30 miles south of SeaTac. Naturally security is tight for general spotting around the airport, but there is a nice collection of preserved aircraft to see at the on-site museum.

McChord AFB Museum
517 Barnes Blvd, McChord AFB, WA 98438 | +1 253 982-2485 | www.mcchordairmuseum.org
Situated at the large air base near Tacoma, just off I-5. US citizen visitors only (unless you have a US military sponsor). You need valid photographic ID and should get a visitor pass from the main gate, then proceed to the main museum building. From here you can visit the outdoor aircraft park which includes a number of preserved transport types. Open Wed-Fri 12-4pm, free admission.

Getting Around Seattle Airports

Having a car whilst visiting Seattle on a spotting trip gives you a distinct advantage, helping you to reach all of the spotting locations and explore around the different airports for good vantage points. The road system around Seattle is pretty good and not too crowded compared to other American cities.

If you’re using public transport, you have the following options:

Take Bus 124 from the Seattle Greyhound Bus Terminal to the Museum of Flight. Journey time is 20 minutes.

Take Bus 512 from 4th Ave S & S Jackson St to Lynwood Transit Center (10 stops), then transfer to Bus 113 and get off at the corner of Hwy 525 & 84th St, which is a short walk to the Future of Flight Center & Boeing Tour. Journey time of around 1 h 45 depending on connections.

Our book covers over 430 US airports across all 50 states. Learn where to spot, what you’ll see and how to plan your trips. Packed full of detail for aviation enthusiasts. I really love the airport spotting blogs, from all over the world. Am a travel consultant based at Nairobi, Kenya.