Taiwanese carrier STARLUX Airlines has taken delivery of its first Airbus A350-941 aircraft.

To celebrate the event, it set up a formation flight using its three aircraft types – Airbus A321neo, A330neo and the brand new A350 – for a photoshoot. It resulted in these stunning pictures. 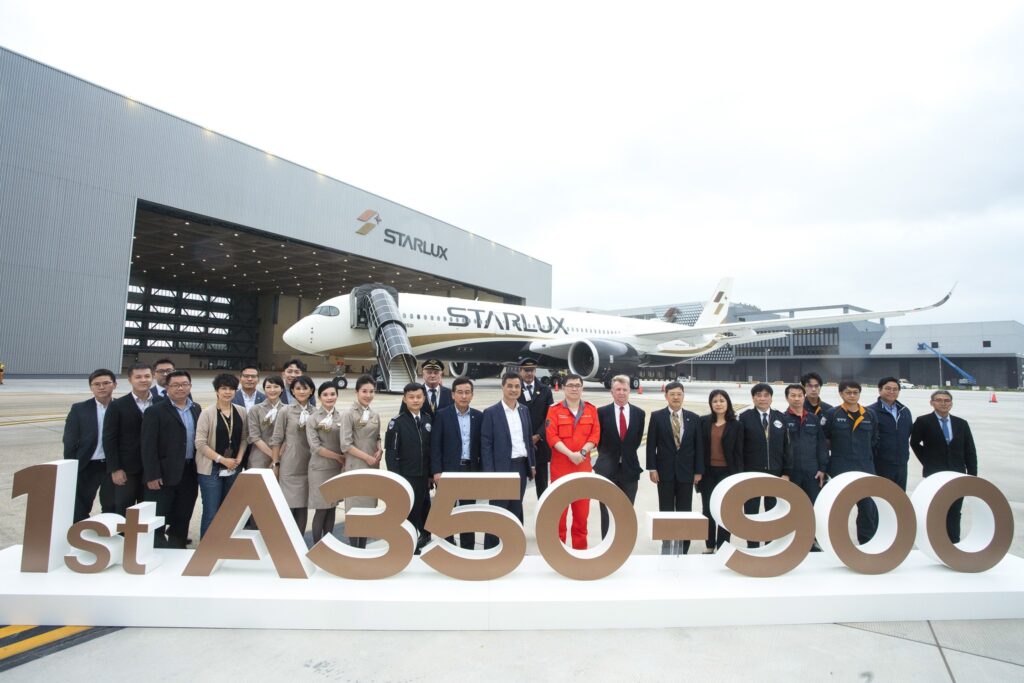 The first A350 is B-58501, which was delivered straight from the Airbus factory at Toulouse on 28 October.

It joins the airline as it looks to growth in its long-haul network based out of Taipei.

Here’s a video of the formation flight.