Once upon a time, airlines would keep their aircraft going for as long as possible. They were true workhorses which, if maintained correctly, were built to last.

Today, chances are if you go to an airport you’re going to see rows of modern airliners parked at the gates which all look the same, regardless of who built them.

For many enthusiasts it’s a real thrill to fly on an older plane, to relive the sights and sounds.

If you’re not such a fan, you may want to avoid these older types to make sure you get the latest in safety, fuel economy and comfort on board. After all, inflight entertainment and quiet engines were not always common in old planes! 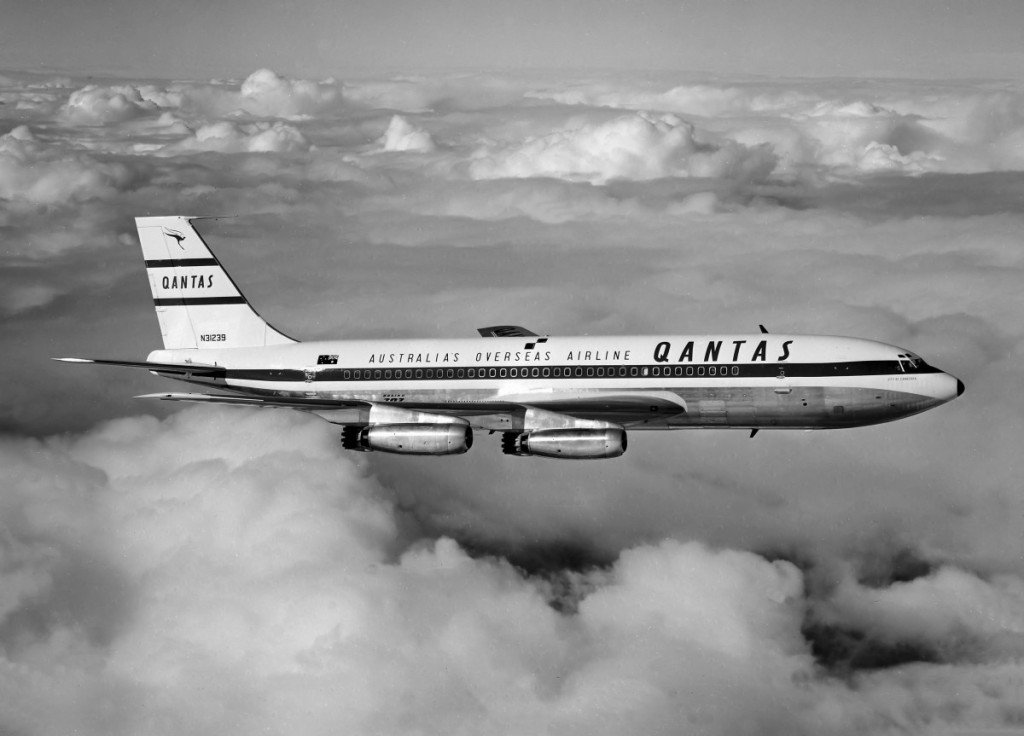 First of all, you’ll need to define ‘old’.

For me, any aircraft from before the 1990s is now definitely a classic. Maybe even some from the 90s would also fall into that category.

For you, it could be something much older – like classic propliners and first generation jets like the 707. Or it may be something younger, within the past 20 years.

Let’s look at some examples which fall into each category. 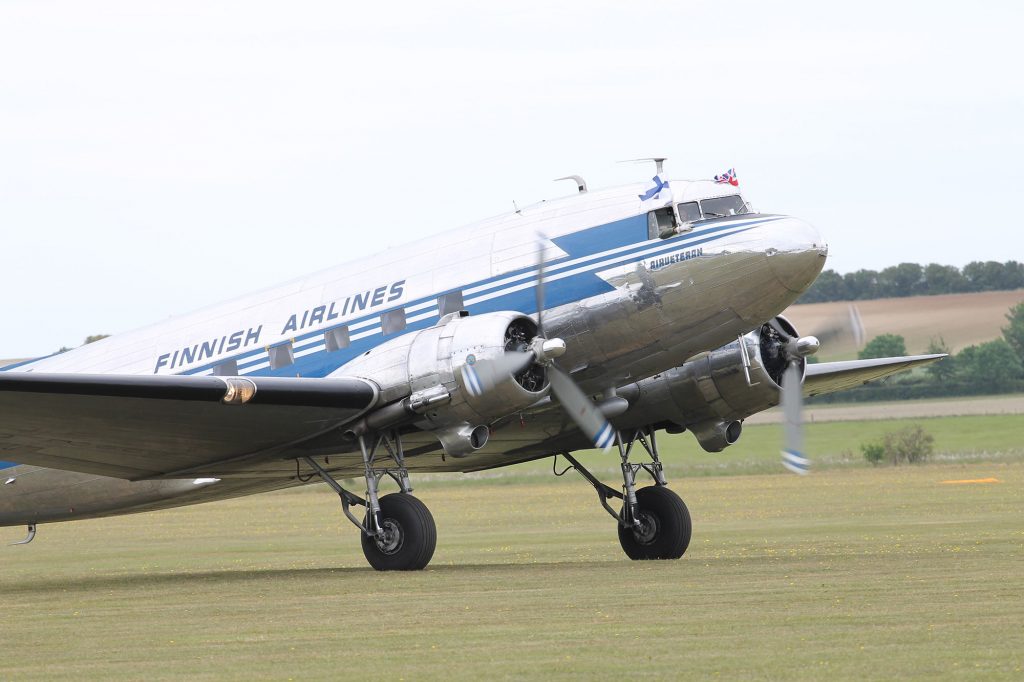 A heritage Douglas DC-3 at the Daks Over Normandy event in 2019.

Aside from a few heritage operators, the days of classic old propliners and first generation jets are mostly behind us.

I think we will always have the Douglas DC-3. It was built in the thousands, and certainly built to last! Buffalo Airways in Yellowknife, Canada, is perhaps the most famous operator of the type (and older propliners like the Curtiss-Wright C-46 and Lockheed L-188 Electra).

Sadly they don’t offer passenger services in these aircraft. I don’t believe any DC-3 operator does, apart from on pleasure flights.

First generation jets like the Boeing 707, Douglas DC-8, Comet, Convair 880/990, Sud Caravelle, Trident and Vickers VC10 are all consigned to history, apart from a few cargo and VIP 707s and DC-8s. 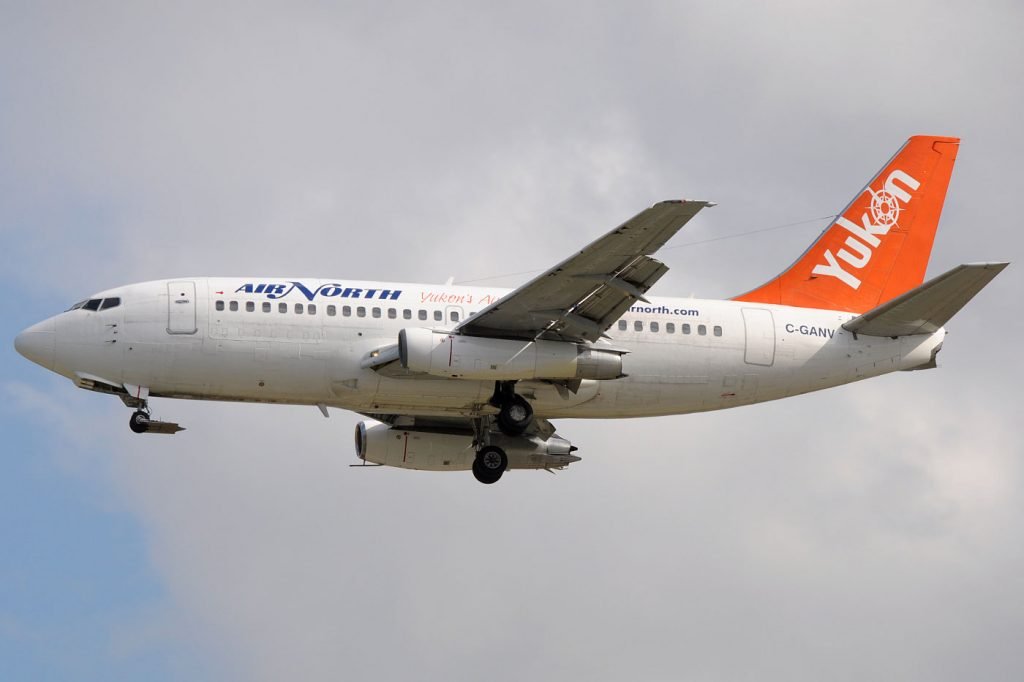 Even Concorde was quite a familiar sight if you visited certain airports.

I thankfully had the chance to fly on many of these while going on holiday each year.

Now it seems they’ve all just about disappeared.

Of the list above, the Boeing 737-200 is probably the most common today. You can still find them flying in Canada’s remoter regions with airlines like AirNorth, Canadian North, and Chrono Aviation.

Later ‘classic’ variants of the 737, such as the 737-300, -400 and -500 are still fairly common, but diminishing fast. You can still fly them with airlines like Air Inuit, Chrono Aviation, Canadian North and Nolinor in Canada, Boliviana in South America, Belavia in Belarus, ALK in Bulgaria, SCAT in Kazakhstan, Star Peru in Peru, Nam Air in Indonesia, Nauru Airlines in Australasia and some African and Asian carriers.

The -400 is in services with IAero Airlines in the USA, Flair Airlines in Canada, AlbaStar in Spain, Safair in South Africa, Yan Air in Ukraine, Air Mediterranean in Greece.

The shorter -500 is rarer, but you can still fly them in Ukraine with Bravo Airways and Yan Air, AeroRegional in Ecuador, SCAT in Kazakhstan, SmartAvia and UTair in Russia plus Bahamasair and various airlines in Canada, Iran and Africa.

The McDonnell Douglas MD-80 series was a development of the DC-9 which was quite popular for many years before largely dropping off the radar. American Airlines retired its fleet at the end of 2019, but you can still fly on them for the time being with Delta Air Lines in the USA.

Airliners that were considered fairly advanced when they emerged in the 1990s are also now fairly rare. I’m thinking of types like the Bae 146/Avro RJ, Bae ATP, Fokker 50, Fokker 70 and Saab 340/2000.

But many of these are still easy enough to fly on if you try hard enough – even in Europe and North America. Airlines like Eastern Airways, Loganair, Air Antwerp, Tus Airways, Alliance Airlines and PenAir fly some of the types.

Older Planes from the Past 25 Years 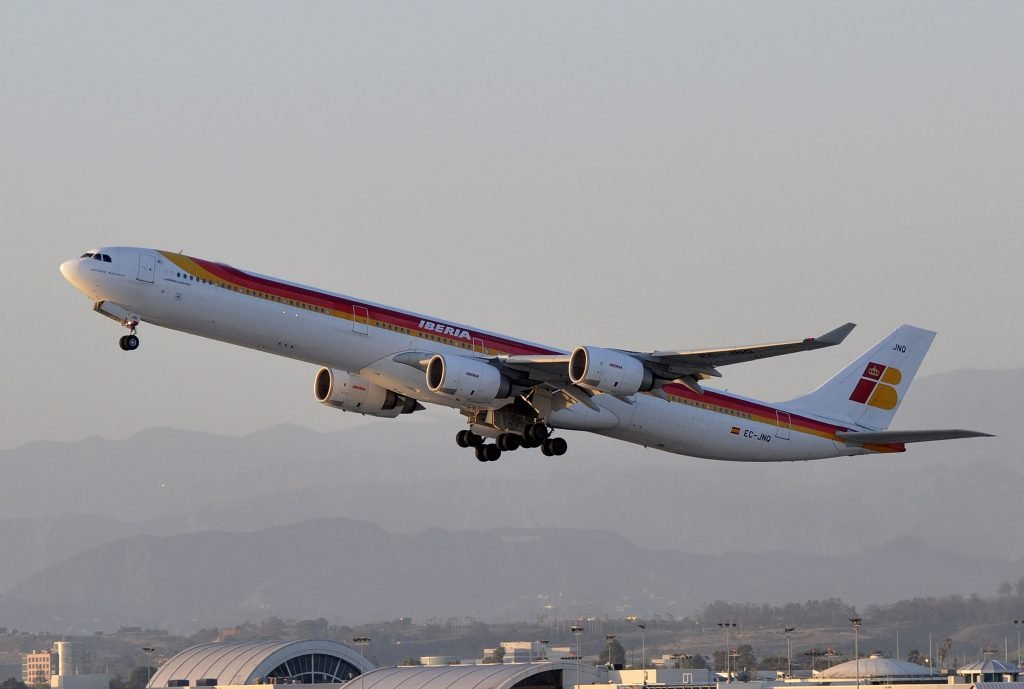 It can be argued that the late 1990s and the 2000s are recent for many of us, but there were still some airliner types produced in that period which are now considered rare and even ‘old’.

Airbus A340 operators are dwindling fast, with Virgin Atlantic recently retiring theirs. Iberia is still a large operator for now, as are Lufthansa and Swiss International, as well as some Iranian carriers.

The Boeing 747-400 is becoming very rare, with many being retired during the recent coronavirus crisis. You can find out where they still fly, and for whom, on our Boeing 747 Routes Page.

What about Soviet Airliners? 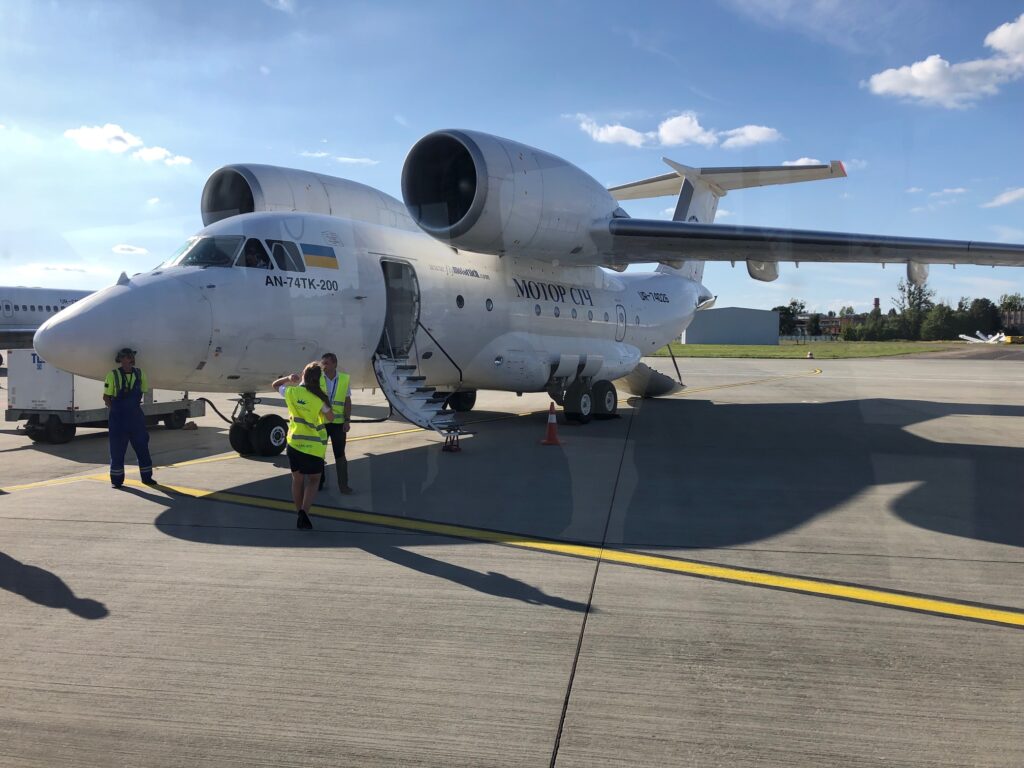 It’s true, there are still quite a few Soviet airliners flying, and this is one of your last chances to fly old planes today.

I had the amazing experience of flying the only Antonov An-72 in passenger service last year (see the video here), and I’ve also flown on a Tupolov Tu-154.

In Russia itself a number of airlines still fly older planes, particularly to remote regions away from the big cities. If you do your research you may be able to fly some of these, but it’s difficult to book online.

The Tupolev Tu-154 is now only flown by Alrosa, and the Yakovlev Yak-42 is still flown by Izhavia and KrazAvia.

Which Airlines Fly the Oldest Planes in Europe? 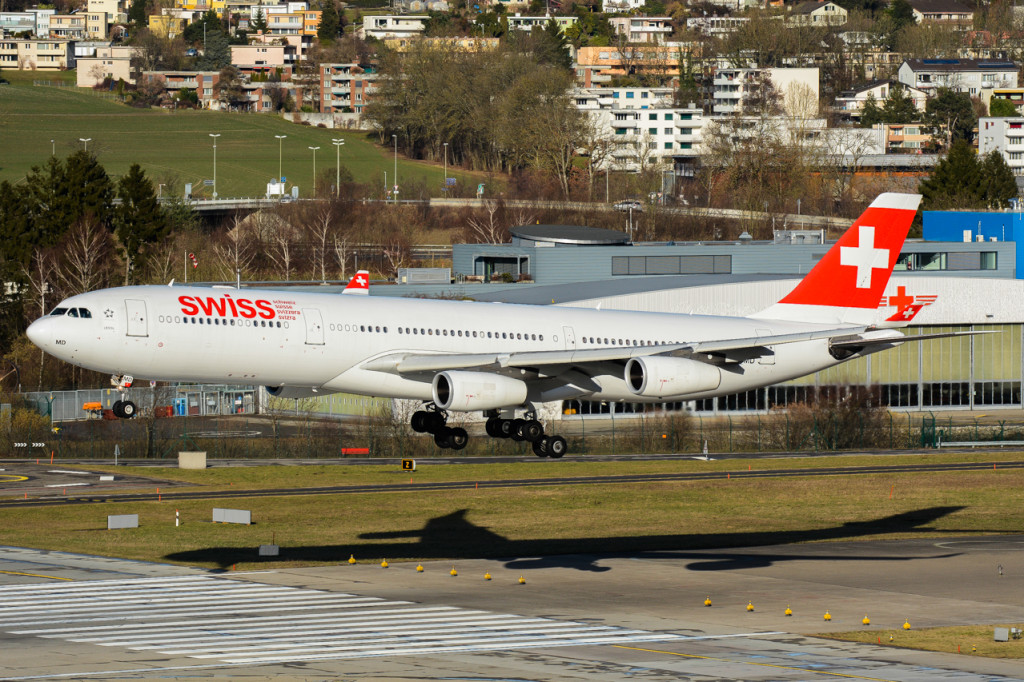 Some low-cost and charter airlines still also fly older Boeing 737 and A320 models.

Which Airlines Fly the Oldest Planes in the USA? 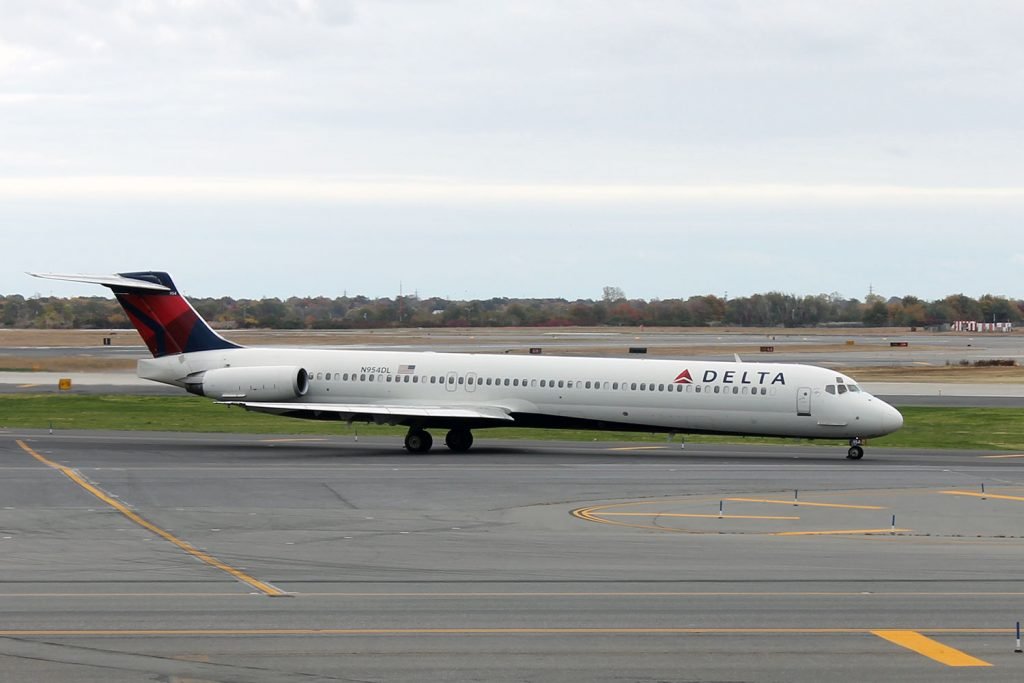 In the USA, the major airlines with the oldest planes include Delta (with MD-80s) and United (with older Boeing 757s, 767s and 777s). However, many of these are being actively retired now.

These aircraft are all, of course, well maintained and completely safe to fly on.

The recent coronavirus pandemic has led to many airlines prematurely retiring their older airliner types. KLM and Qantas both retired their Boeing 747s, while American Airlines retired its 757s and 767s. The outbreak will probably bring forward many more retirements of older planes.

Do you want to know more about the history of different airliner types?

Flying Firsts is a new airliner reference guide by Martyn Cartledge. It’s an excellent resource for fans of older planes (and new ones!). It details all airliners and their individual variants from the 1930s the present day, giving a brief history, statistics and important dates. It’s full of colour photographs of the aircraft.

what about air Chathams they have a dc-3, and twoconvair 580