7 of the Best Plane Spotting Locations in Los Angeles

Make the most of your time when spotting in the Los Angeles area – one of the best and most concentrated areas of airports and #avgeek fun in the world!

Here’s our guide to the 7 best plane spotting locations in Los Angeles. 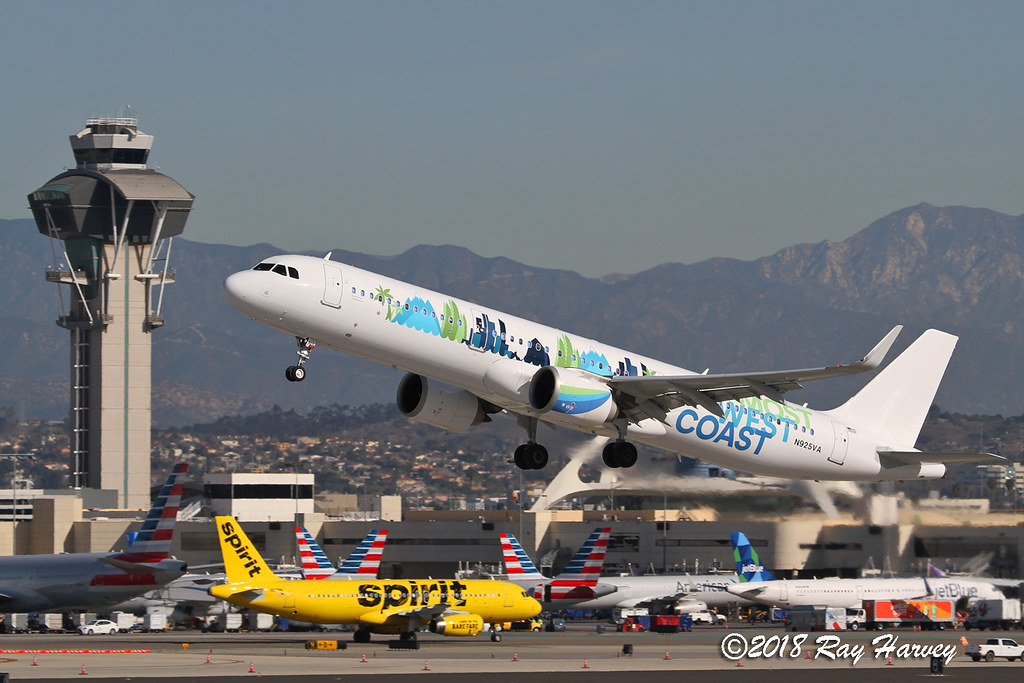 Situated on the south side of the airport off Imperial Highway, this hill overlooks LAX from a height which offers unobstructed photography of aircraft, and the ability to log all movements on the south side with good binoculars. Movements on the northern runways can be read with a pole, or tied up later with SBS or flight tracking sites. The park provides benches and the shade of trees, and a number of food concessions are located close by. 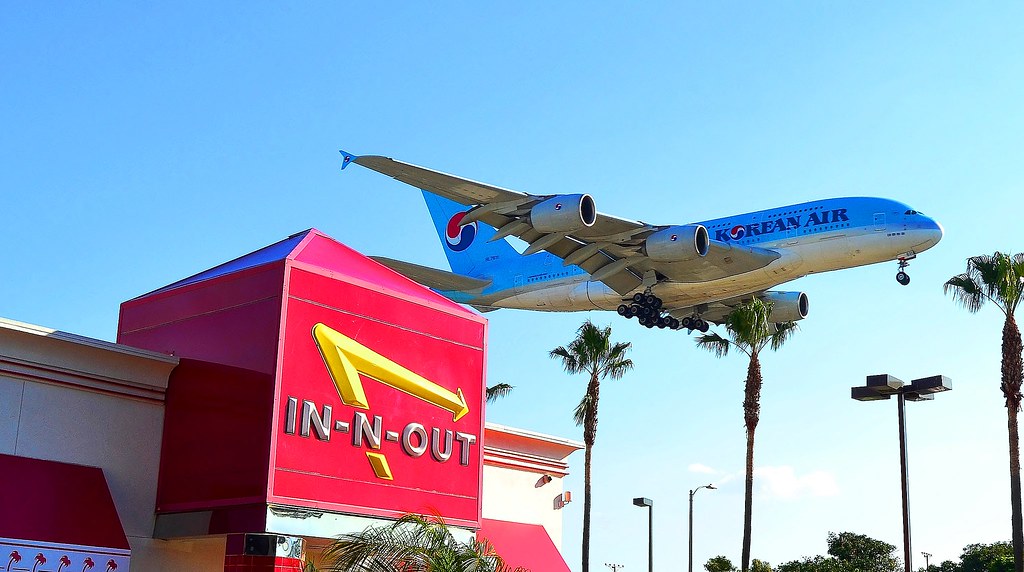 This fast food restaurant has gained a reputation amongst spotters due to its position under the approach to runways 24L/R. From the car park, this is a fantastic location for photographs; however, viewing aircraft on the ground is nearly impossible. It is also recommended that you purchase food if staying here for any length of time. The In-N-Out Burger is at Sepulveda Blvd and 92nd Street. This official parking area offers a place for enthusiasts to watch movements from alongside the taxiway and both runways, with ATC communications played through speakers. It is perfect for photographs on mornings. The spot is reached by turning onto Waterman Drive, off Woodley Ave.

[Read Our Guide to Spotting at Van Nuys Airport] 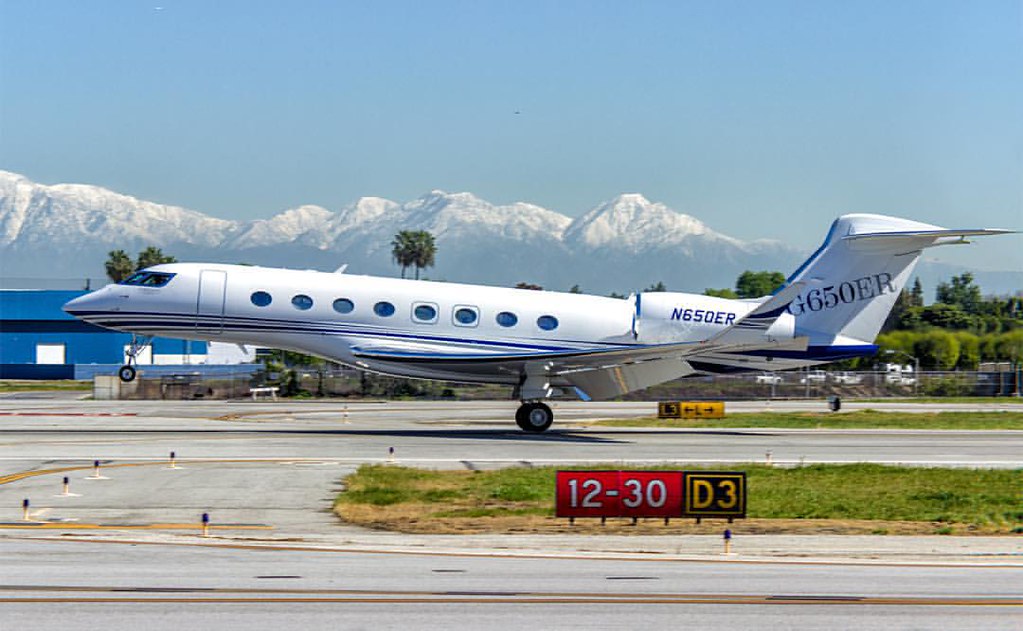 A large car park is situated outside the DeVry University building near Long Beach fronts onto the end of runway 30 and one of its taxiways. This is a great spot for aircraft landing or departing on runway 30. The car park is off Kilroy Airport Way. Staff are used to spotters here. 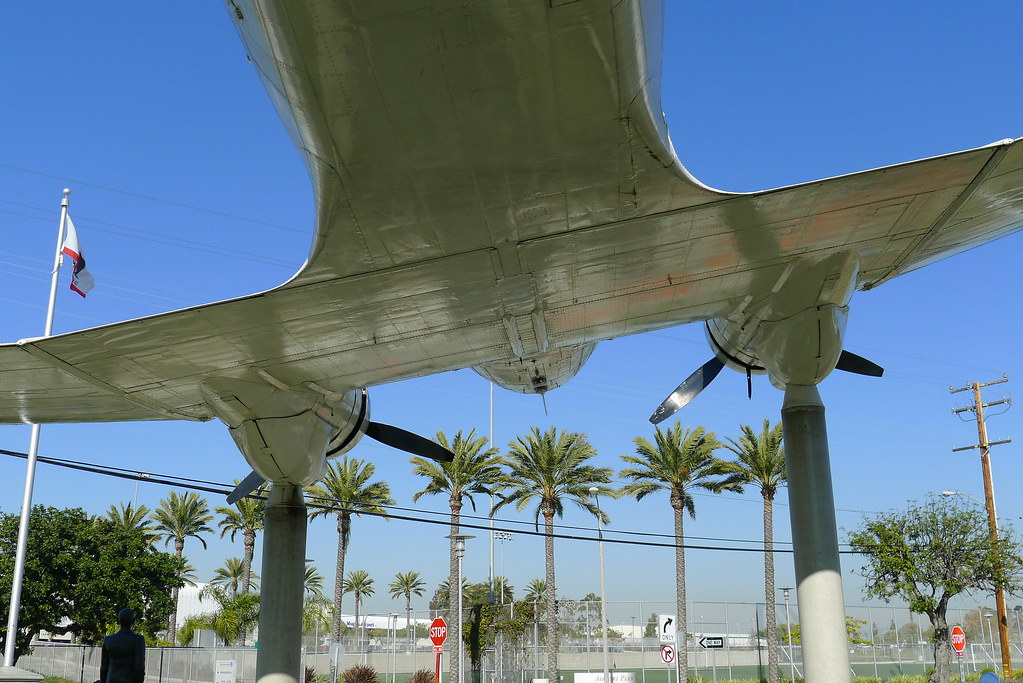 Despite the constant threat of closure Santa Monic is still fairly busy, and easy to reach from LAX and other attractions in the city. You can view from Airport Ave, where a preserved Douglas DC-3 is on display. Clover Park, on the north side, also has views.

[Preserved Airliners In & Around Los Angeles] 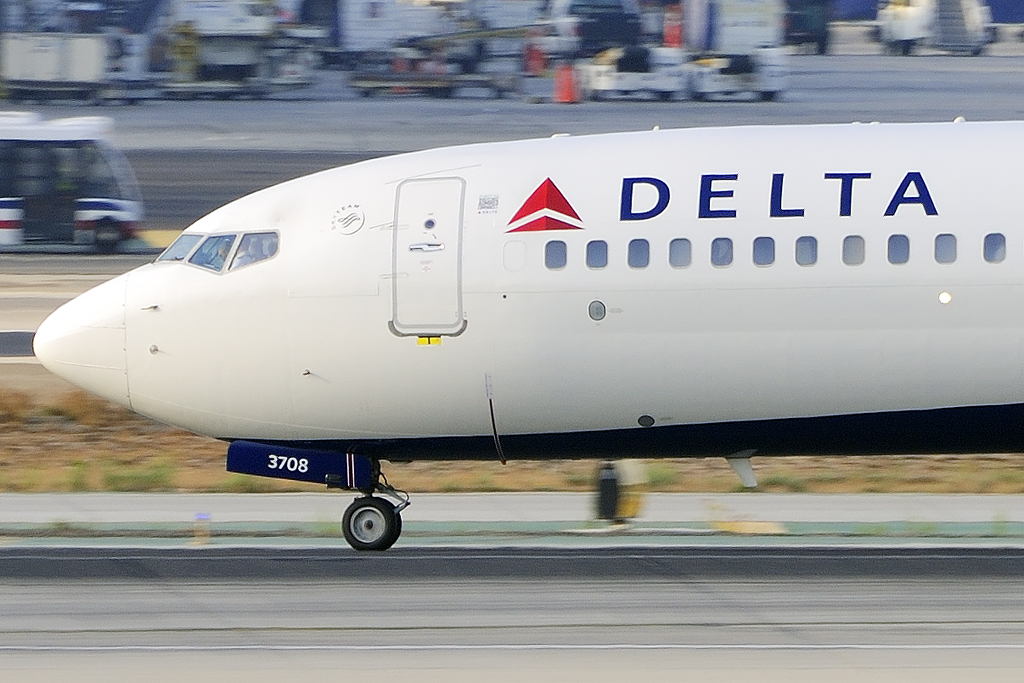 A favourite spotting hotel at LAX. Rooms look towards the southern runways and nearby cargo and bizjet aprons. Photography can be difficult due to obstructions outside, but viewing is fine. You’ll need tracking software for aircraft visible on the northern runways. It’s a short walk to Imperial Hill from here. Spotting at Burbank Airport, which is busy with Southwest Airlines and biz jets, is best from the top floor of the car park outside the terminal. All movements can be seen from here. A drive around the perimeter is also useful for picking off parked aircraft.

Further Resource for Spotting in the USA 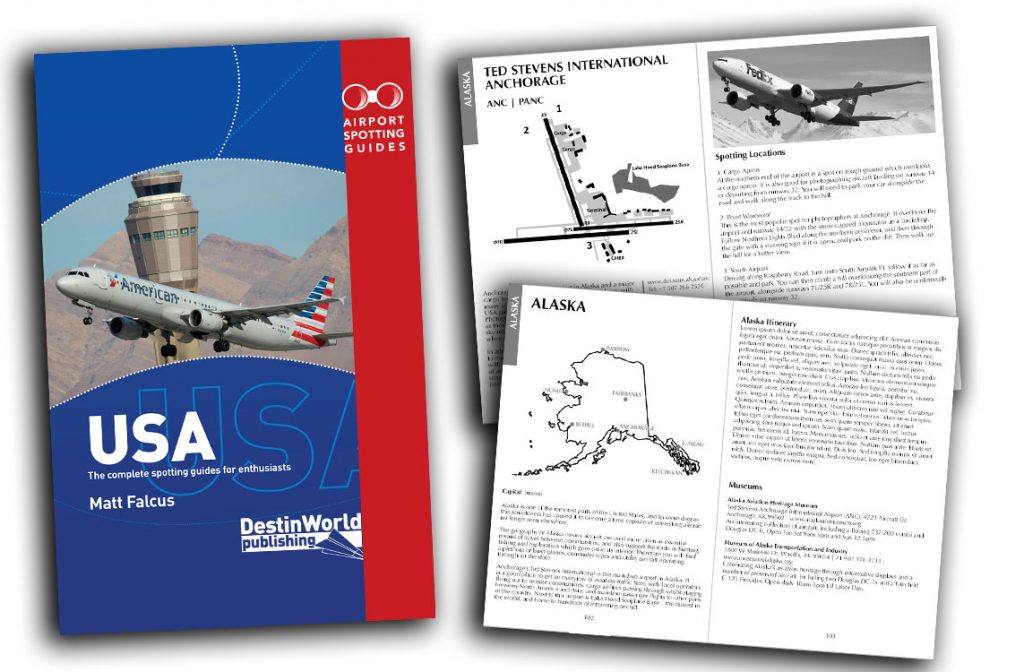 For more on spotting in California and all other airports across the United States, check out our book Airport Spotting Guides USA, out now.

It brings together all the details you need when planning trips and spotting on the go, including maps, spotting locations and details on what you’ll see.

Thank You, this is perfect timing for my upcoming trip to the LAX area. I will be using these tips.

Great! Enjoy your trip Matthew, and let us know how you get on!

How do you send pictures to you? Dave

Great info and will use when I am at LAX 17-19 January on a short visit from the UK. Will be going up in Star’s R44 between 1400-1530 – any idea where I can get a list of arrivals – including type of aircraft? Particularly interested in Airbus A350s.