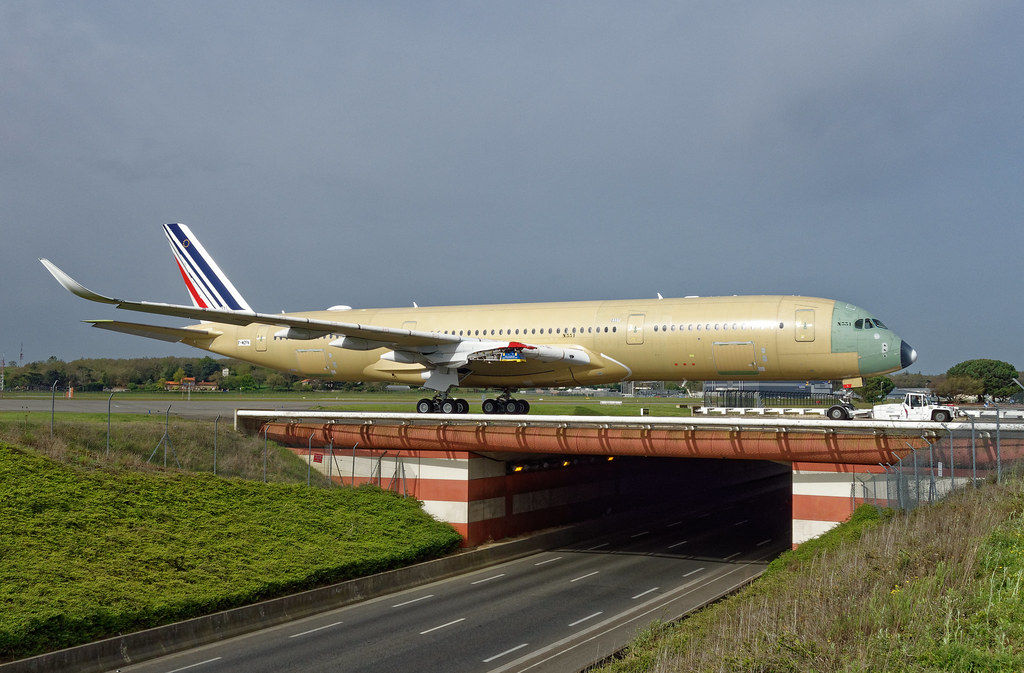 The first Airbus A350-900 for Air France has emerged at Toulouse, ready to enter the paint shop (the tail is already painted).

The aircraft will become F-HYTA (cn 331) when delivered.

Air France has announced it will serve the Paris CDG – Bamako – Abidjan route with its A350 aircraft from 23 September 2019, though it is expected to operate on some shorter sectors following delivery to aid in crew familiarisation.

The airline will also fly a one-off Paris CDG – Seoul Incheon service on 29 March 2020, according to Routesonline.

Air France-KLM has 28 A350-900s on order, with 21 due to be operated by Air France and the remainder by KLM out of Amsterdam.

Remember to keep an eye on our Airbus A350 Routes Page, which lists all known A350 routes around the world.