Having recently put together our updated Airport Spotting Guides Europe book – the third edition since it was first published in 2008 – it’s given me an insight into the good and the bad of plane spotting locations across Europe.

As part of the introduction to the book, I came up with a list of what I consider to be the 20 best plane spotting locations in Europe, based on my own experiences and what I’ve seen and heard from others. So I wanted to present that list to you here.

You may disagree. If you have a different suggestion, why not leave a comment below and tell us why? 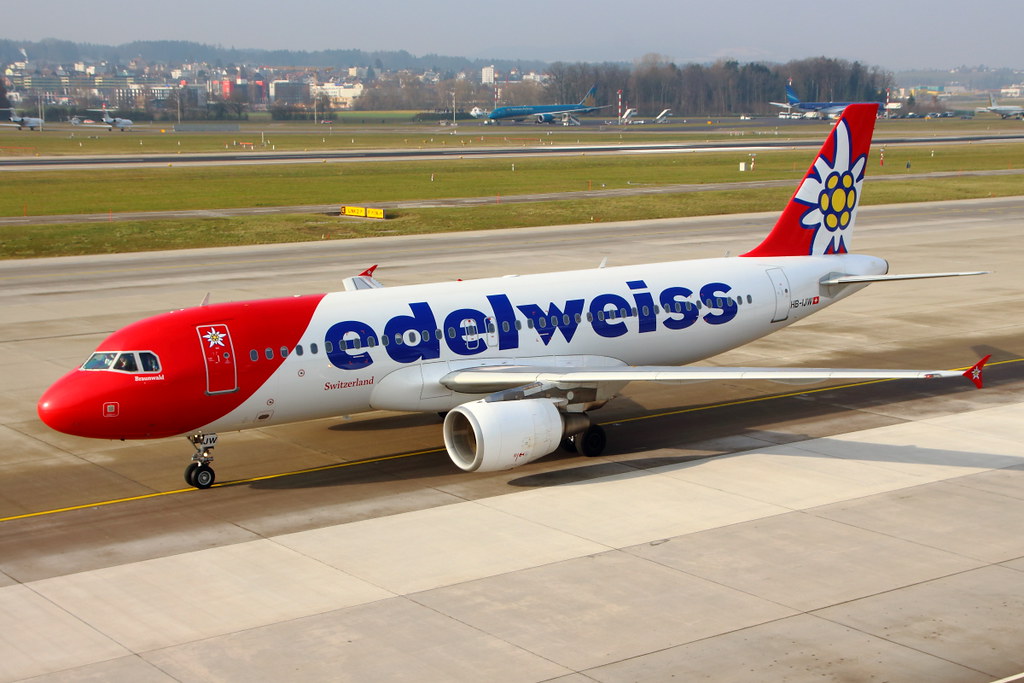 Zurich is one of the few major airports in Europe that has not given in to the pressure of taking away its public observation decks – whether that’s because of building works or the catch-all threat of “terrorism”.

As well as some official locations around the perimeter, Zurich provides the two observation decks on its E and B piers which takes you close to the action. You can take pictures of aircraft around the gates, as well as on the runways and taxiways. 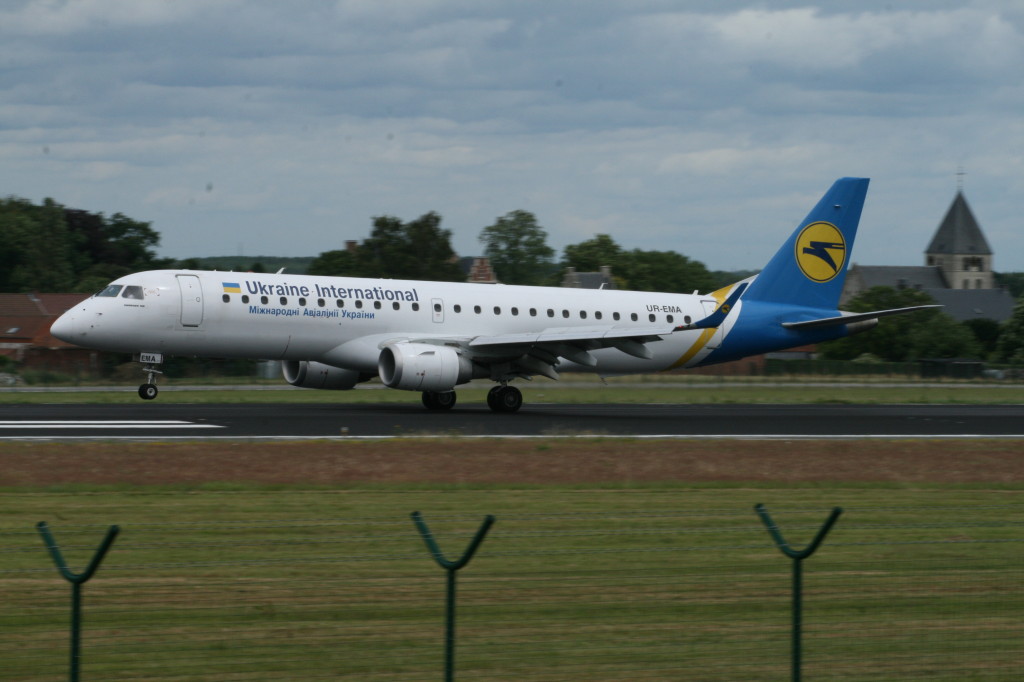 Brussels is an airport which has embraced its spotting community in recent years. Instead of pushing enthusiasts away, it has created two new official spotting locations in places that are actually useful. These new platforms can be found near the ends of runways 01 and 25L for great views of aircraft movements 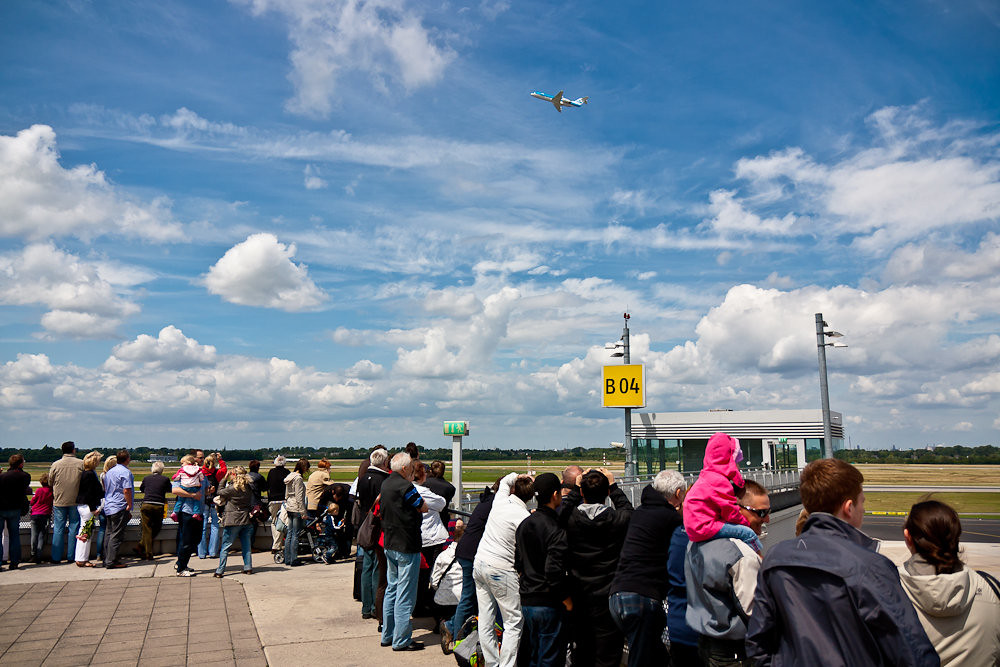 A long-time favourite in Germany is the viewing deck on top of Dusseldorf’s terminal. You can wander along the pier seeing aircraft close-up and using the runways beyond. While it’s not as busy as Frankfurt or Munich, Dusseldorf is still an interesting airport with some good aircraft to see.

Skiathos is far from a busy airport. It is one of the popular Greek holiday islands, but quieter than the likes of Corfu, Rhodes or Crete.

The appeal, however, is in the airport’s location. Much like St Maarten in the Caribbean, the runway here comes almost to the sea, with a road wedged in between. From this spot aircraft pass incredibly low just before landing, and when they take off the jet blast can send you flying! 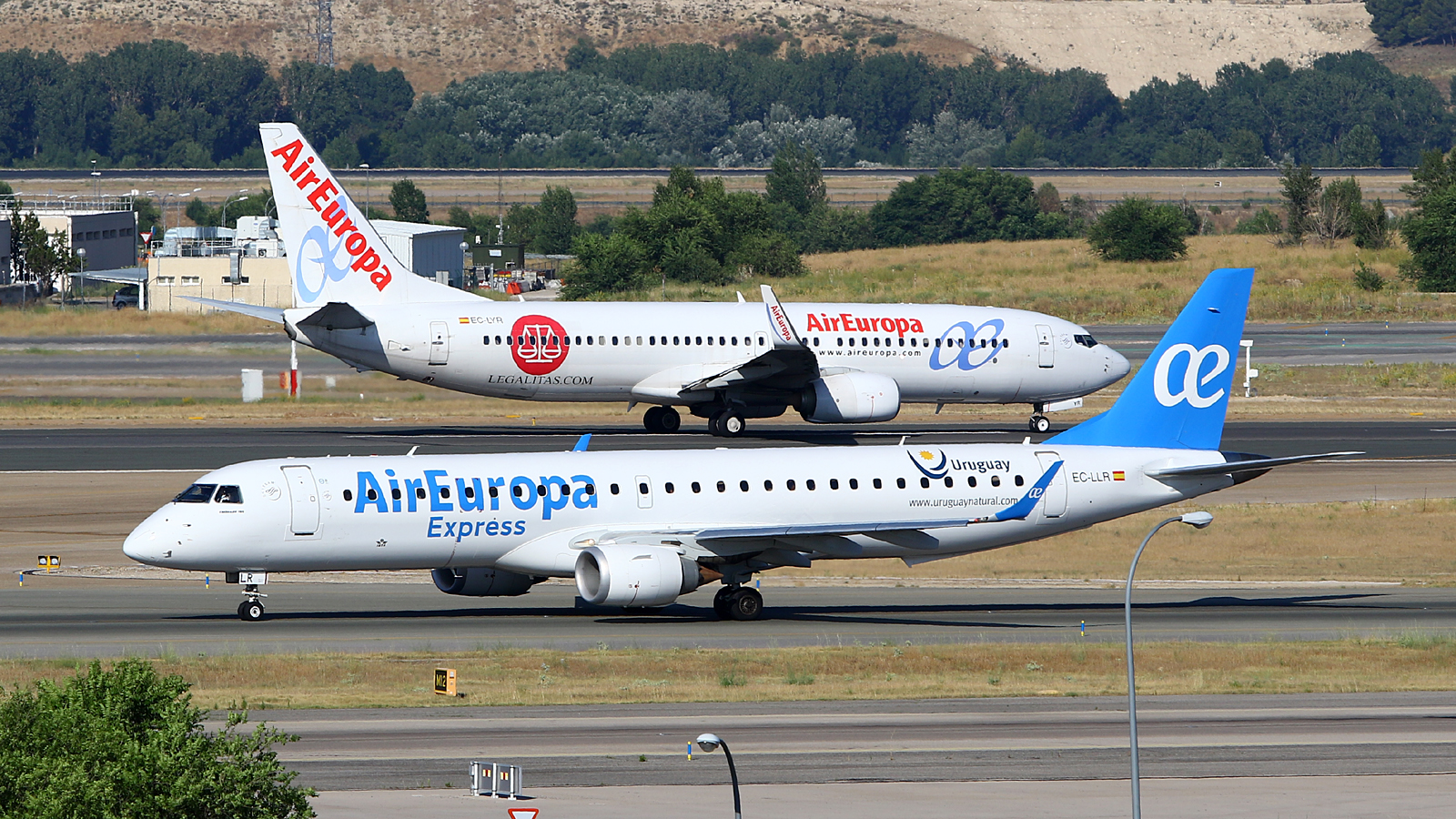 The Mound is the go-to location when spotting in Madrid. It can be a trek to get to if you don’t have a car, but it’s a short walk from the Barajas metro station.

This spot is in the centre of the airfield, between the older terminals 1, 2 and 3 to the south (plus the cargo and biz area) and the modern Terminal 4 and its satellite to the north. Many aircraft will taxi past you, and runway movements are easily visible. 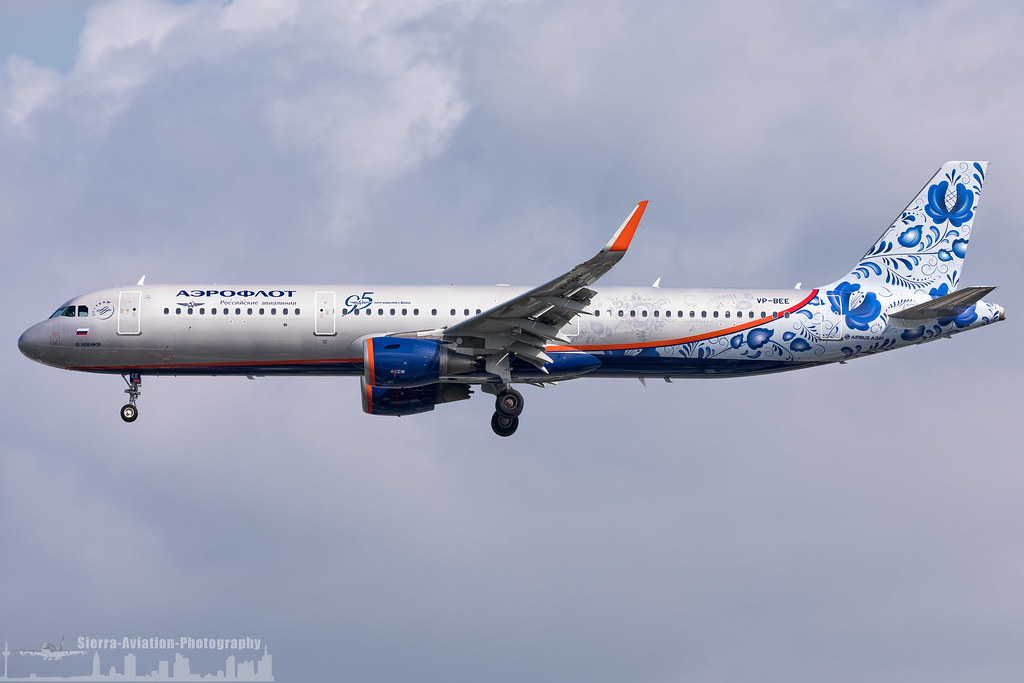 Frankfurt, like Brussels, has recognised this ‘unofficial’ spotting location and made it official by constructing a proper viewing area where spotters had gathered for years. The location is next to the final approach paths for runways 25L/R and is great for landing shots. You can also see Terminal 2 and parts of Terminal 1 in the background. Next to it is the site of the new Terminal 3.

It’s about a 20 minute walk from Terminal 2, or you can get the S-Bahn to Zeppelinheim and walk to the viewing platform through the forest.

The Berlin Airlift memorial aircraft are located nearby. 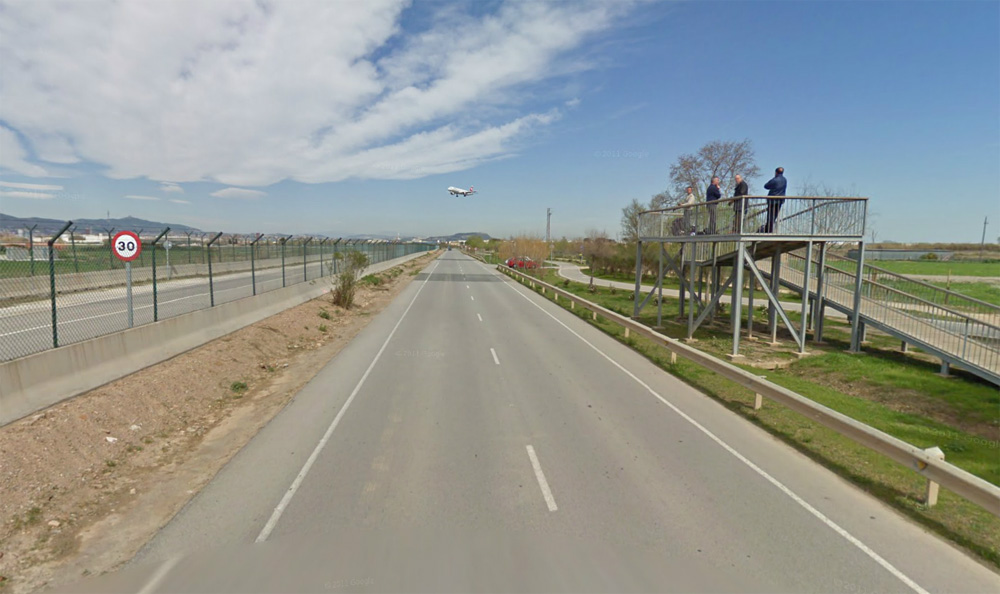 Spain’s second-busiest airport is worth visiting for its mix of leisure, low-cost and long-haul aircraft. A special viewing platform was constructed alongside the approach to runway 25R. It has an elevated position, plus benches and shade, and is good for photographs.

The location is off Platja de El Prat, with parking available at the nearby cemetery. Bus route PR3 will take you to the spot if you exit at Tanatori. 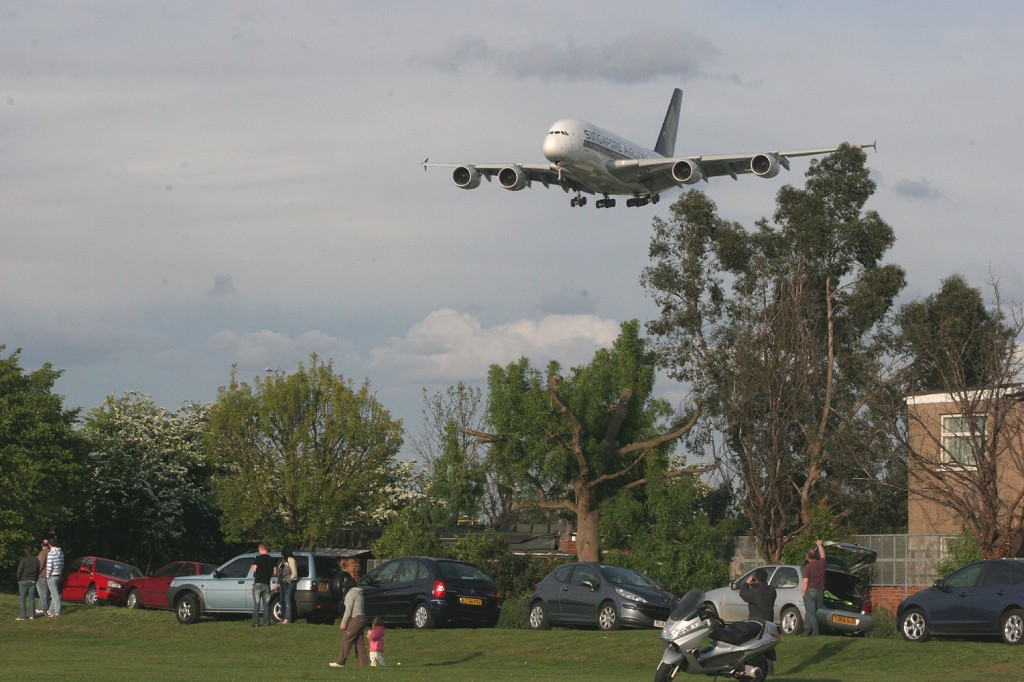 Heathrow is not the easiest airport to spot at these days, but the quality and quantity of movements make it a necessity for many spotters.

If arrivals are on runway 27L then Myrtle Avenue is the best location for spotting. This small residential street has a park at the end which is perfectly positioned for watching and photographing aircraft just before touchdown. Sadly parking is difficult, so try using public transport or walking from nearby Hatton Cross Underground station. 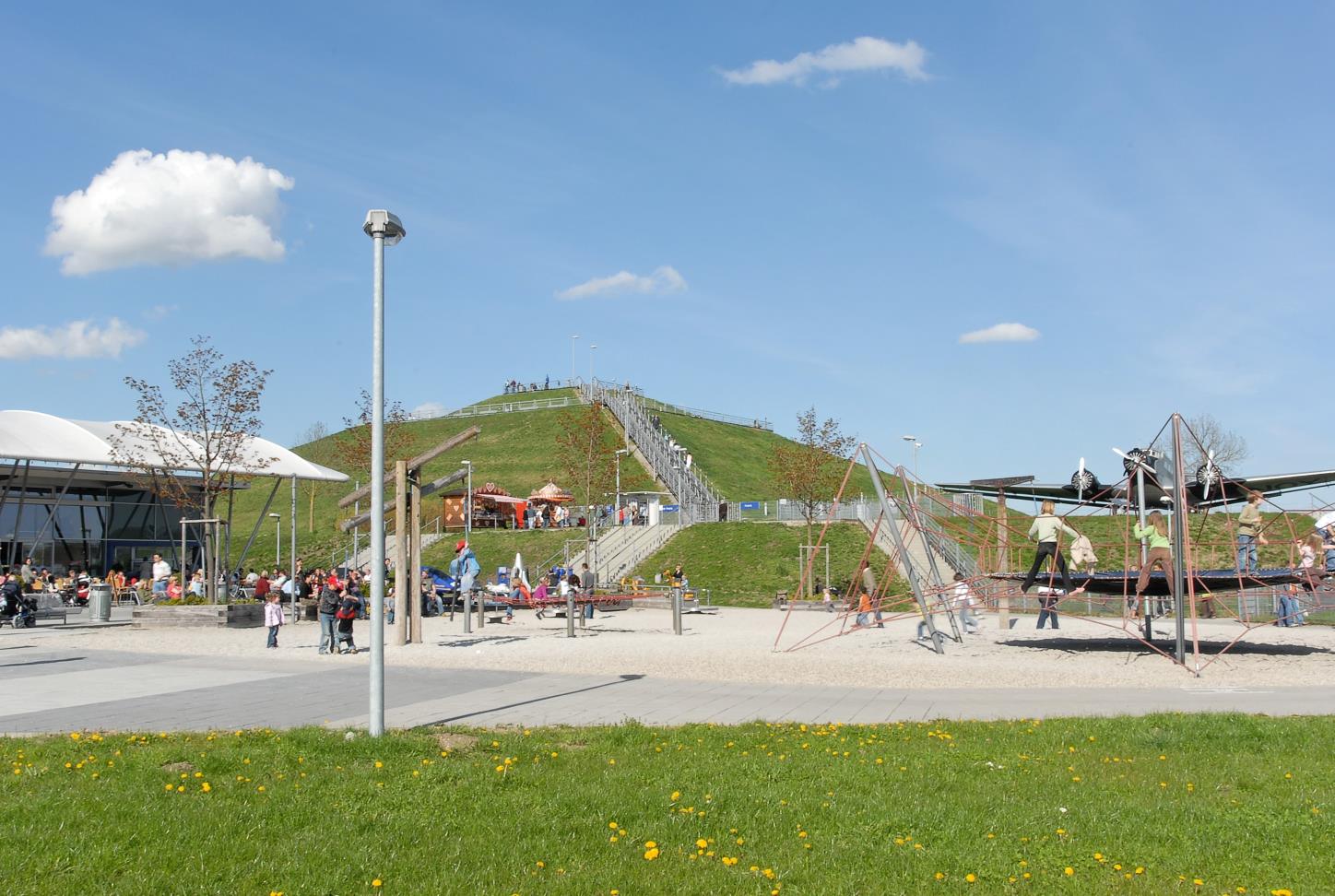 Germany’s second-busiest airport constructed this viewing mound close to the terminals (as well as a viewing deck on Terminal 2) which elevates you above the surroundings to watch and photograph aircraft movements.

What makes it special is that they’ve also placed a few preserved airliners alongside, including a Junkers Ju52, Douglas DC-3 and Lockheed Constellation. 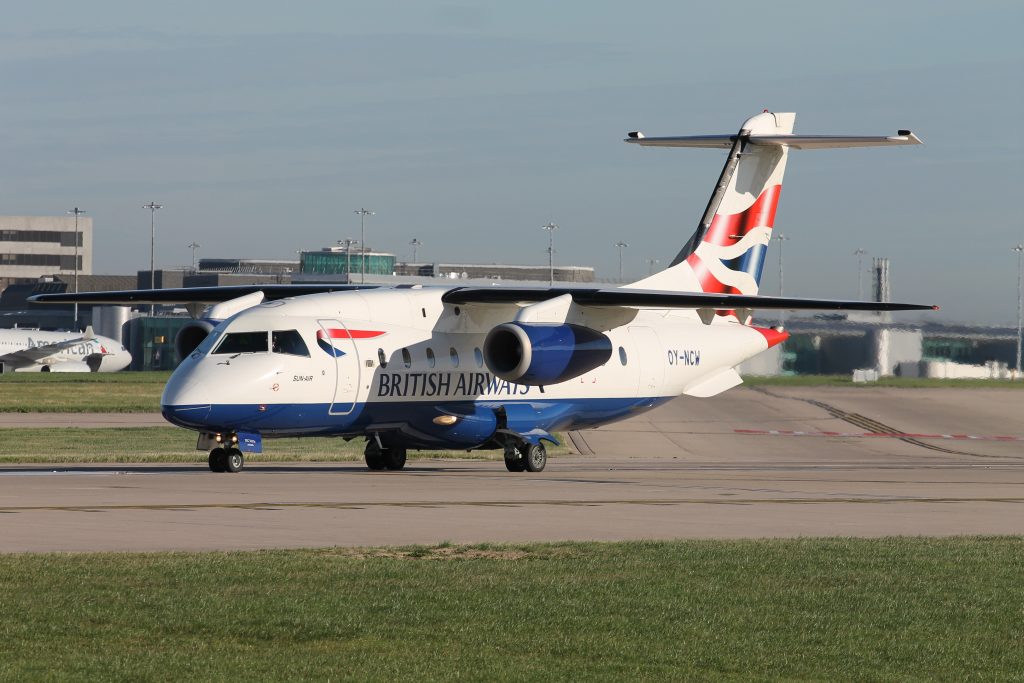 Although Manchester provides the official Runway Visitor Park, with preserved aircraft, café and aviation shop, its viewing mounds have recently been compromised by building work, and purists argue that its position facing the sun is not ideal for photography (logging aircraft is excellent, however!).

So, as an alternative, there’s a raised mound on the south side of the airport alongside the threshold to runway 23L where you can photograph aircraft at close quarters, with the sun behind you. You can also see movements on the other runway.

To get there, head under the runway road tunnels and turn left at the roundabout. Park and walk up the path through the woods to reach the airport perimeter fence. The hill is a little further along. 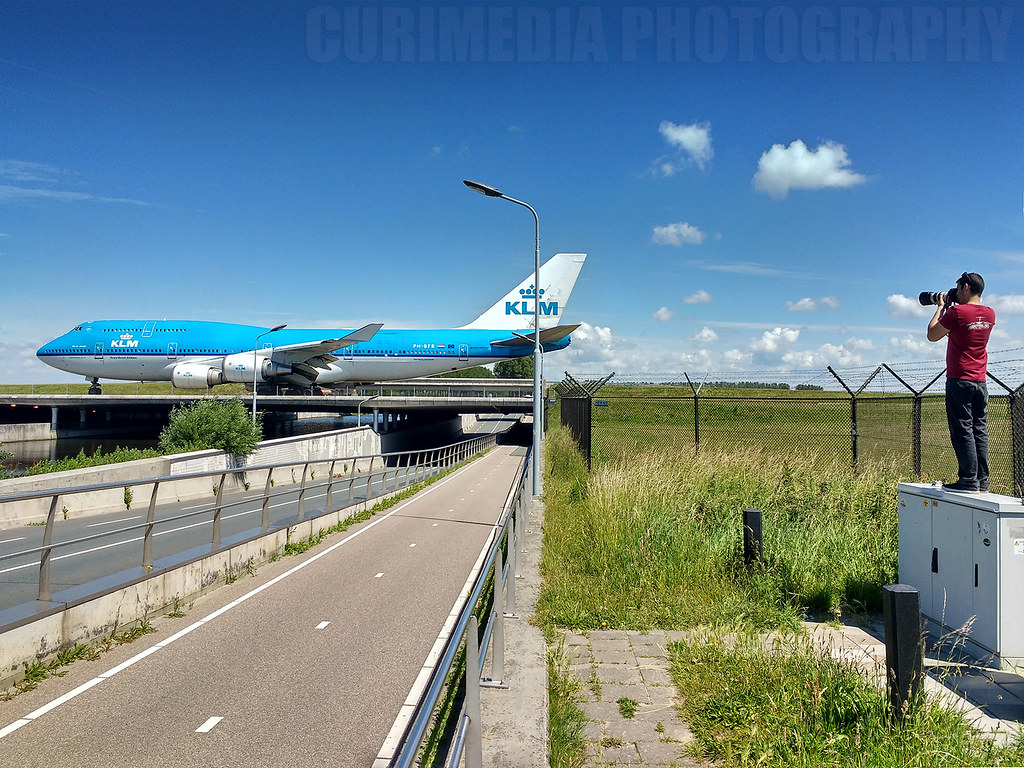 Schiphol has some excellent places to watch. There’s the Panorama Terrace on top of the terminal, and the viewing area next to McDonalds on the north side of the field. However, for dramatic landing and take-off shots, there are two spots alongside the newer (remote) Polderbaan runway (18R/36L) which is used for a good proportion of movements.

You will need a car or cycle to get there, but there is a car park to use. To get there head away from the airport on the A4, then turn north on the N201 towards Hoofddorp/Aalsmeer. Follow it until you reach a crossroads with a gas station on the left; turn right along IJweg and keep going until you reach the spotters car park. There are paths in either direction along the runway for you to find the best position. 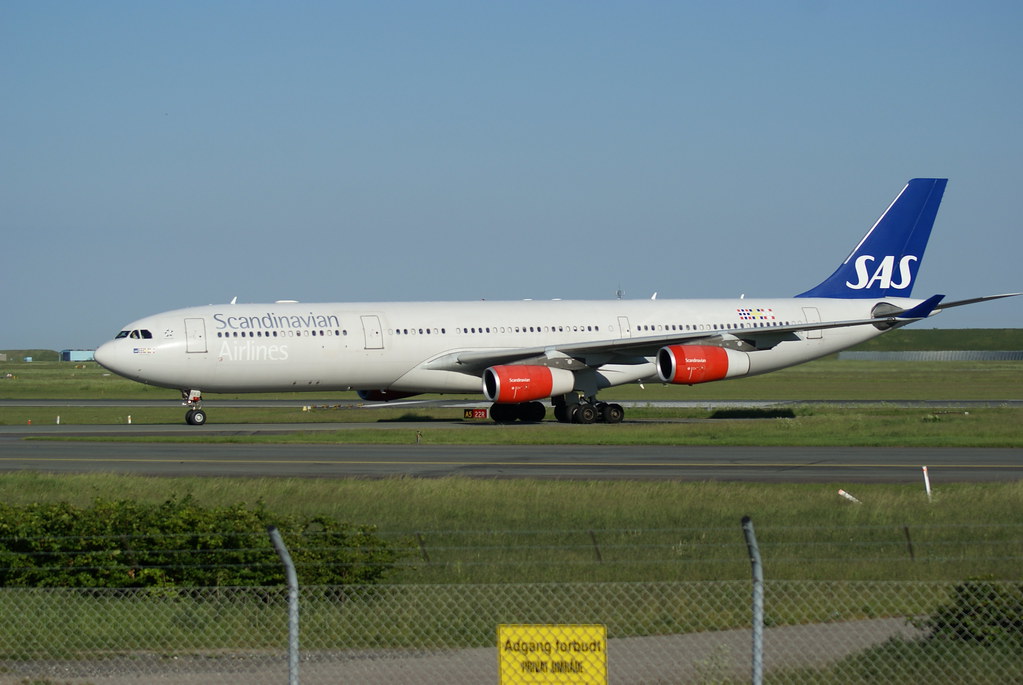 By far the most popular spotting location at Copenhagen is the Flyvergrillen alongside Runway 04L/22R. This is a café and burger bar which has a dirt mound alongside offering views of movements on the runways and taxiways. It is acceptable for photography on afternoons.

To reach the spot you can drive and park there, or take Bus 35 from the terminals. It takes 30 minutes to walk. 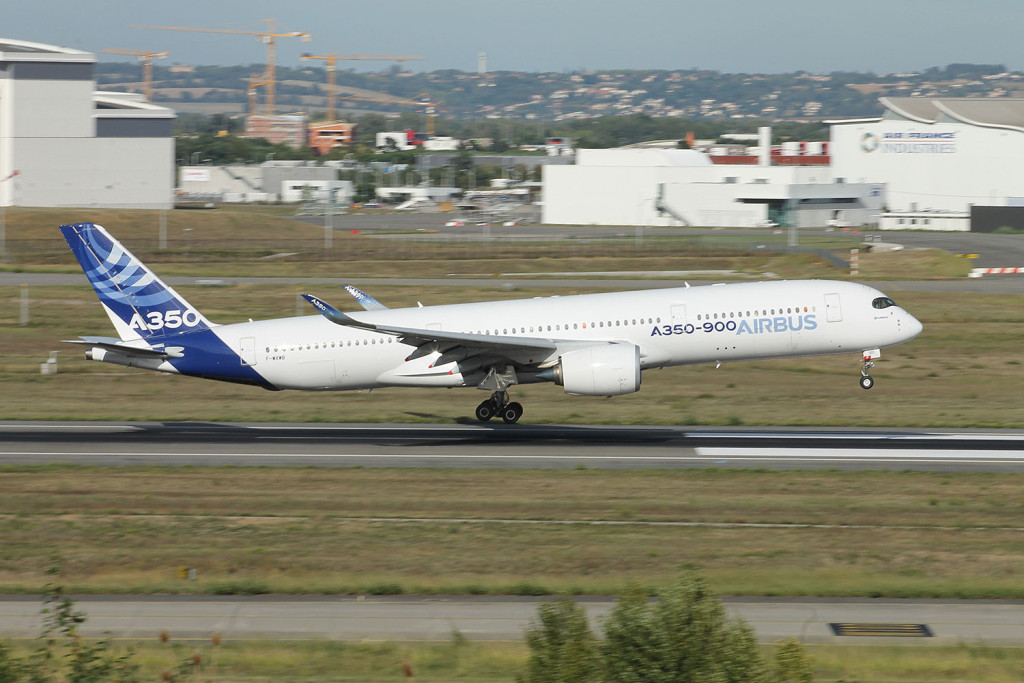 Many enthusiasts are drawn to Toulouse to see brand new Airbus and ATR aircraft being tested prior to delivery. It’s also quite a busy regional airport.

For the best overall view of movements on the two runways, with views of the delivery centre, taxiways and terminal in the distance, a hill to the west is the best spot.

To reach the spot, head north from the terminal building on the motorway, but leave at the first exit and drive along D1 under the Airbus taxiways. At the end of the airport, turn left at the next two roundabouts and on to Avenue Latécoere. When the delivery centre comes into view, turn right up a narrow road. At the top of the hill turn right and then right again onto the rough ground. Be careful when the ground is muddy. 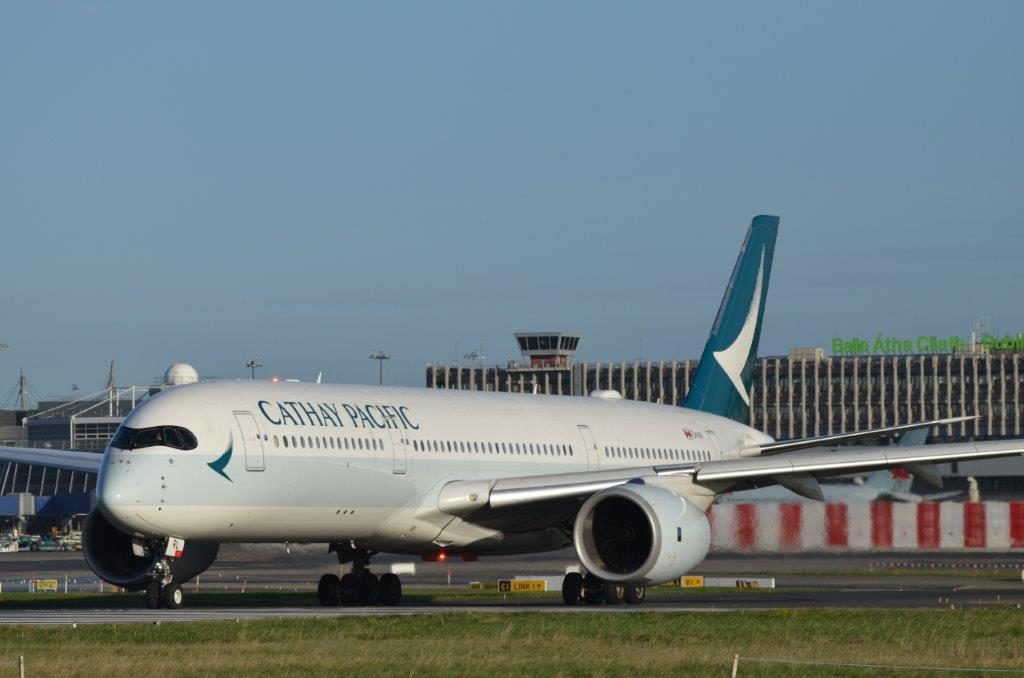 The best overall position for watching and photographing movements at Dublin (at least until the new runway is opened). Following the road away from the terminal, turn on to Old Airport Road, which follows the perimeter. You’ll soon be alongside the main runway, and depending on the direction in use you can find raised spots at either end of the runway which give you an elevated position for photography. Many spotters congregate here. Photography is good, and most traffic will pass you eventually. Follow the road around for spots on the northern side of the runway. Buses #16 and #41 heading for Dublin will drop you ½ a mile from this location (Dardistown Cemetery). A car is recommended. 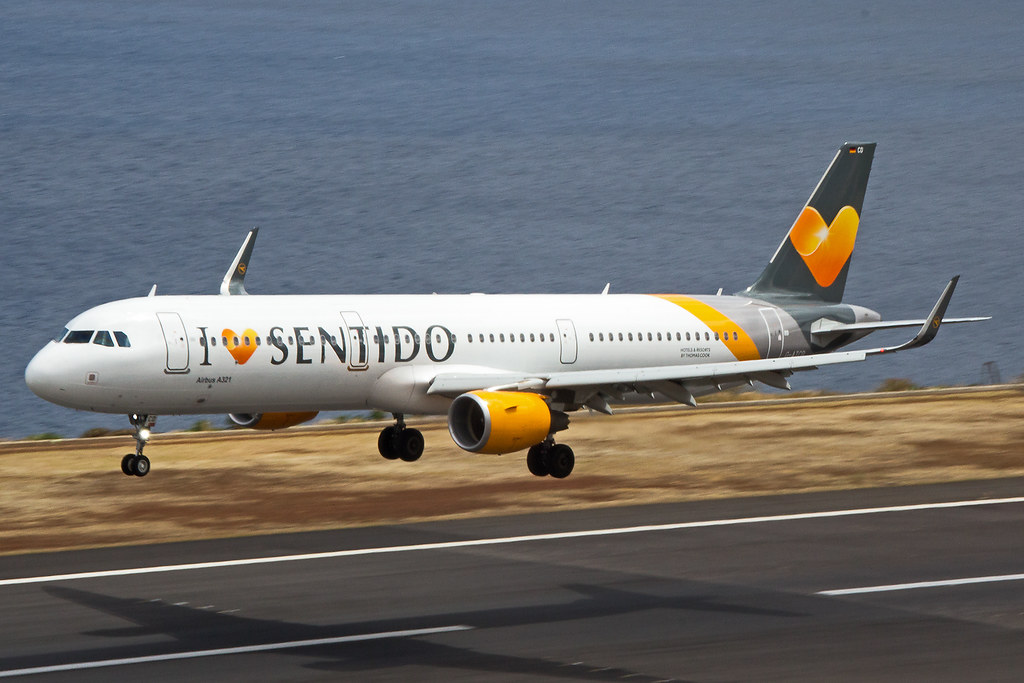 Madeira’s Funchal Airport is an unusual one. Perched on the edge of a cliff overlooking the sea, part of the runway is built on stilts and swirling winds can make landing quite a challenge for pilots.

For the famous views often seen from this airport, the hill overlooking the airport off Rua Santa Catarina is a great vantage point. You can either walk from the terminal or, if driving, take exit 21 from the VR1 and use the signs leading to Aqua de Pena. Park in the parking area on your right, and then walk up the footpath heading up the hill. Further up the road is a small snack bar with views over the threshold, too. 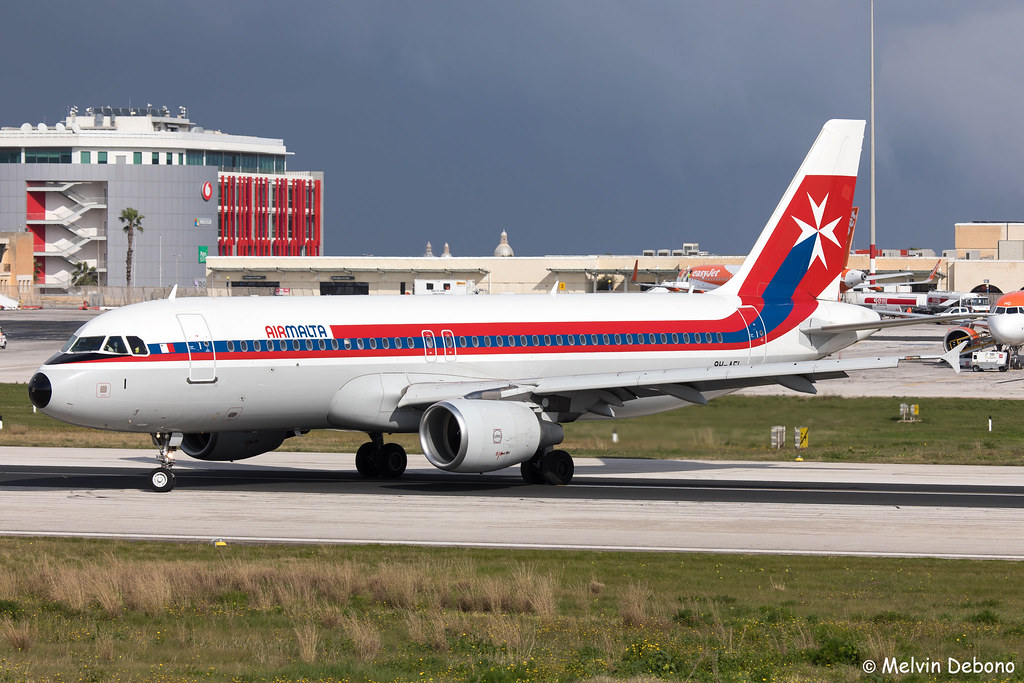 An observation area exists in the terminal at Malta, but a more popular spot with photographers is the viewing area on the south side of the runway. From the terminal it is possible to drive or walk there. Simply head through the tunnel under the airport, then turn left at the roundabout on the other side. You’ll soon find the raised platform on your left which is the place where many classic photographs of aircraft at Malta are taken from. Parking is available. 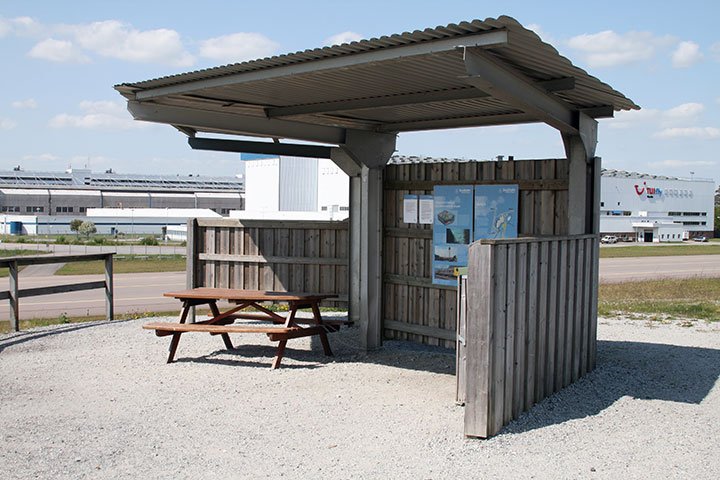 Literally a bus shelter-like hut, this is a popular official location provided for the viewing of aircraft at Sweden’s busiest and most interesting airport.

The hut is at the northern end of Runway 01R/19L. It also has views over parts of runway 08/26, and the de-icing area. You can’t see any of the terminal stands. Aircraft can be seen at close quarters when landing on runway 19L and taxying past. You can drive to the spot, which has a car park alongside, or take bus line 593 from Terminal 5. The other major Airbus production facility in Europe is at Hamburg’s Finkenwerder Airport. Here the A319 and A321 aircraft are built, and A380s are also fitted out (while production lasts!).

The most famous spot at Finkenwerder is a hill for visitors to watch aircraft close to the centre point of the airfield and runway. The hill is located off Neßdeich and has a car park. It offers elevated views of aircraft on the runway and nearby taxiways, and is the best all-round place for spotting here. Austria’s busiest and largest airport is a hub for the national carrier and also on the route maps of many Asian, European, Middle Eastern and North American airlines.

The viewing terrace on top of the terminal is signposted and easy to find. You must pass through a security check and pay an entrance fee. Most movements around the terminals and on runway 16 can be seen and photographed, and it’s a good overall position for viewing at the airport. 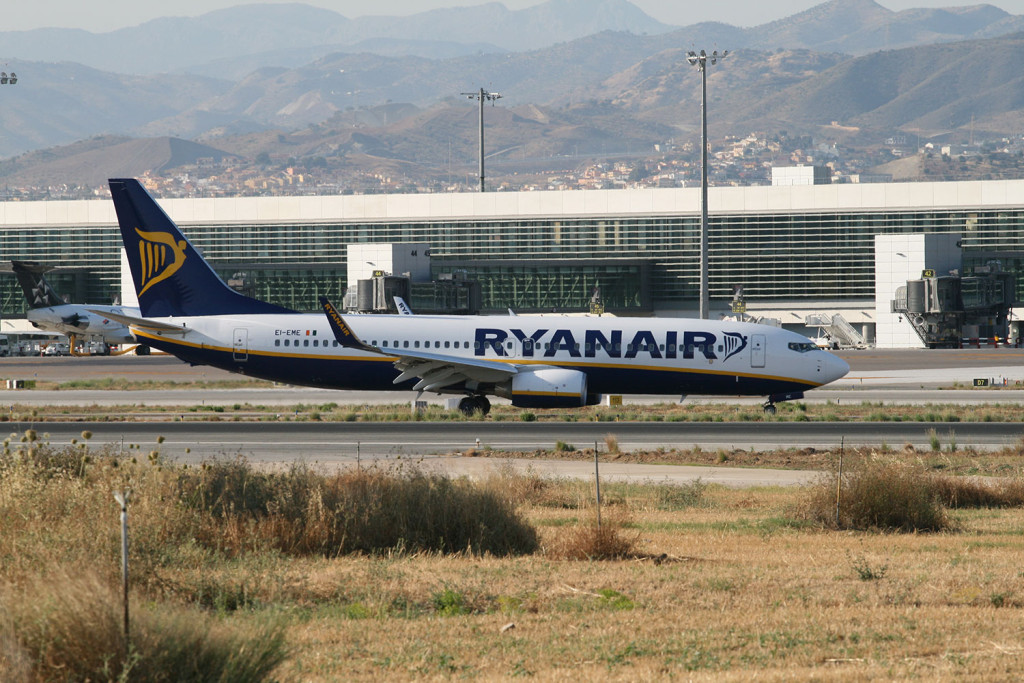 Malaga is an interesting holiday airport which also sees some long-haul traffic, as well as flights to Africa.

The best spotting location is alongside runway 13/31 where a rough parking area and mounds exist near the village of Churriana. Photographs can be taken through the fence, or of aircraft taking off. To reach it continue south from the airport along MA-21 and follow signs for Churriana. Turn right at the third roundabout and keep driving, bearing right onto Calle Rigoberta Menchu which leads to the fence.

Find Out More Great Places to Spot in Europe

With over 330 airports in 43 countries, this is your one-stop guide book giving you details of where to spot and what you’ll see on your spotting trips. Includes spotting hotels and aviation museums.