Toulouse Blagnac Airport in southern France is home of Airbus and is the manufacturer’s largest production facility.

The airport currently produces A320, A330, A350 and A380 aircraft at the site, and has been heavily involved in the development of the A350XWB over recent years.

Along with this new type, the A320neo project is currently in the latter stages of development, and the A330neo will be on the scene before we know it.

It was great on my recent visit to catch up with the early A350s – the prototype models, and the production models being prepared for customers. I got to see them flying every day, and also witnessed a few deliveries of A320s and A330s while I was there.

If you’re visiting to spot at Toulouse Airport, it really helps to have a hire car as the best places are hard to reach by public transport or walking.

What You’ll See at Toulouse Naturally most spotters come here to see new Airbus and ATR aircraft. With production rates higher than ever, you’ll see a LOT of new A320s, with more of the A320neo variants appearing now. You’ll also see plenty of A330s and A350s, and a few A380s. A400Ms, plus ATR42 and 72 aircraft complete the mix.

The majority will be sat outside the hangars at the two production areas, with some occasionally being towed in or out of the hangar.

During the week aircraft will regularly be test flown, either departing the airport for a few hours away, or performing circuits.

Aircraft parked outside the Delivery Centre are soon to be delivered, and you’ll see a fair number of these during the week.

In terms of other movements, Toulouse is not a massively busy airport. It is a hub for Air France and HOP! flights, and the link to Paris is very busy (every 30 minutes). Other main carriers are Air Nostrum (CRJs and ATRs), easyJet (A319/20) and Volotea (A319/B717). Most French and European carriers have a presence here.

During the night various cargo operators fly in, including DHL, Star Air and ASL Airlines.

Here’s a guide on where to spot at Toulouse Airport: General view over the airport from the hill

This is, in my opinion, the best location to spot at Toulouse. The hill on the western side of the airport overlooks most of the site, with great views of the runways, the A380 production centre, and the delivery centre where Airbus aircraft are parked up before being delivered to customers around the world. You also have distant views of the passenger terminal area.

The hill can no longer be reached by car. Travelling along Avenue Latecoere, which runs from the Airbus site to the end of runway 14R, keep an eye out for a small road that heads up the hill not far from the fence alongside the delivery centre. At the top, turn right past a communications mast, and the top of the hill is on your right, over some rough ground. It can be muddy when it’s been raining.

Since the land owner has blocked road access to the site, you will need to find a place to park at the bottom of the hill, or on the small roads leading up to it.

There are usually other spotters here. How to get to the spotting hill A320neo seen departing from the layby.

A layby on the side of the D1 Route de Toulouse road, which runs between the end of runway 14R and the A380 production area is a useful place to pull over. You can see and photograph aircraft approaching the runway.

The large hangars at the northern part of the site where the Airbus A380s are built is a great place for spotters. There’s a network of roads around here which offer glimpses into open hangar doors and any aircraft parked outside for maintenance. It’s best to park up and walk around to make it easier to use binoculars.

This area is also the location of the Ailes Anciennes and Aeroscopia museums. The latter is where you go to take one of the Airbus tours on offer. Air France A320 arriving. Seen from the car park at the south side of the airport.

At the southern end of the airport is a car park used by workers. It is just outside one of the security gates that stop entry into the Airbus and ATR plants, but you’re free to park up here and watch the action if you don’t cause an obstruction.

The fence can be a problem, and stops you seeing most of the aircraft parked outside Airbus. But you can see some of the passenger and cargo areas, and if aircraft are arriving on runways 32L/R you can take decent photos. How to get to the car park spotting area at Toulouse The view from the upstairs cafe in the terminal at Toulouse.

There’s no longer a viewing area within the terminal, but the site it formerly occupied is now a cafe/restaurant. If you’re happy to buy a drink or some food, you can sit here and watch movements on the runways. It’s also a useful place for peering into the rows of parked Airbuses on the far side of the runway – many of these are hard to see from anywhere else around the airport.

There is a small walkway next to the windows, below the cafe seating area. So you can walk along here and take some photos.

Access the cafe upstairs in the terminal (before security), in the southern part of the terminal. Airbus provide a fantastic facility for enthusiasts and members of the general public keen to see the extent of their production facilities here. It provides two different tours, which you should book in advance [Website], and which originate at the Aeroscopia museum.

The A380 tour takes in the vast production halls of the jumbo liner.

The Panoramic Tour is probably the most useful. A bus takes you round the entire airport, including extended periods of time sat alongside the areas where A320s, A330s, A350s and ATRs are parked during testing, or awaiting painting. You will also have fleeting glimpses inside production hangars and of new fuselages being unloaded from A300 Beluga transports.

Photography is not allowed on either tour, but notebook and binoculars are fine. You’ll mostly note pre-delivery test registrations, but aircraft also carry their construction number so that you can tie the aircraft up later.

Whilst Toulouse Airport has good links to the city via the road and tram network, it is not easy to get around the perimeter roads and to the various spotting locations without your own car. Walking is an option, but an entire lap of the airport will take at least a couple of hours.

Toulouse is a good place for exploring other aviation attractions.

Visiting the two on-site aviation museums is a must. There’s also the smaller Francazal Airport to the south of Toulouse, around 30 minutes away. It sometimes sees Airbus movements, as well as biz jets and some military flights.

Beyond that, you may wish to travel down to Tarbes-Lourdes Airport, where many airliners are in open storage. It is around a 1h 45m drive away. Here’s a spotting guide. 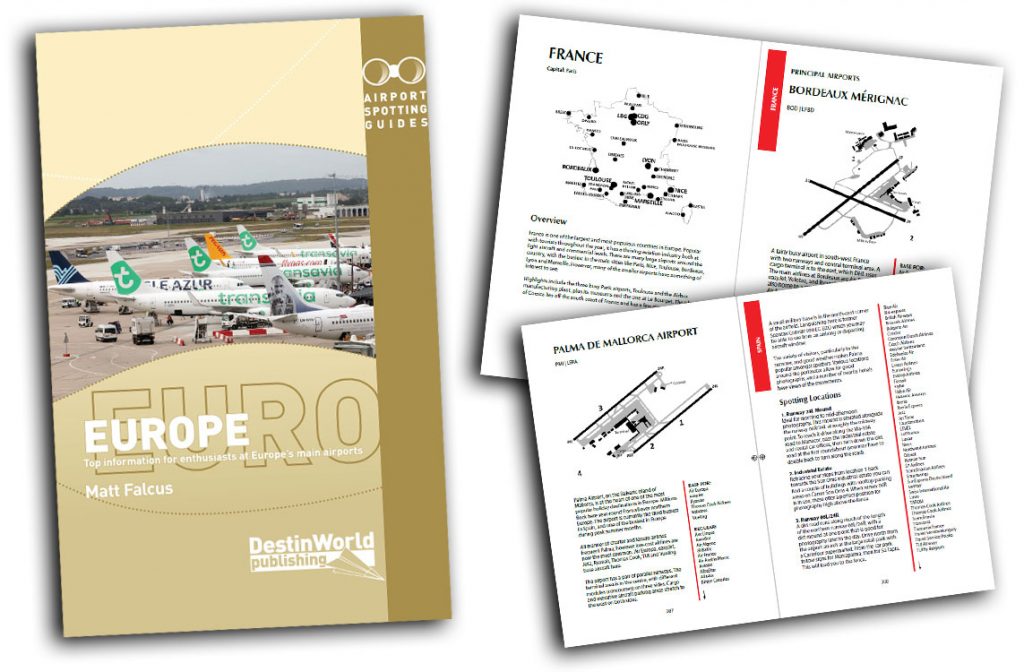 Thank you for that use full information, in our local paper today, Ryanair have announced that they are starting a new route to Toulouse later in the year from Stansted

Off to Toulouse for the first time on June 27th 2016. This guide will ve very useful. Many thanks!

Thanks Ron, you’ll love it there!

Hello! I was searching for some tips, to watch airplanes with my 2 year old and found your page. Looks awesome and we will drive to the Airport later today. Thank you!

What day is better for spotting? Saturday or Sunday? Thanks

Weekends are usually quiet as Airbus does testing Monday-Friday. But you should still see airport movements and some Airbus and ATR aircraft parked around the site.