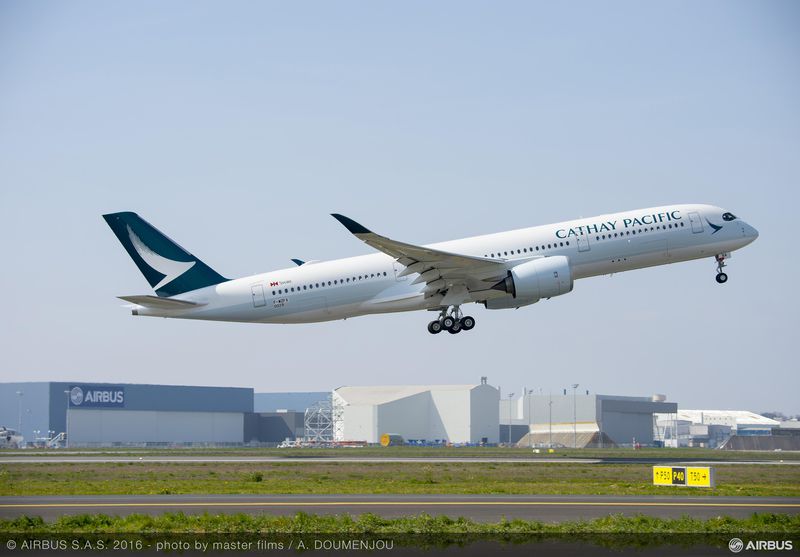 Cathay Pacific has become the latest operator of the Airbus A350XWB following delivery of its first aircraft on 30 May 2016.

In conjunction with the delivery, Cathay Pacific has announced three new A350 routes which it will commence in October. They are:

The first routes to be operated by the type are from Hong Kong to Manila, Ho Chi Minh City and Taipei Taoyuan from early June.

Keep an eye on our Airbus A350 Routes Page for a list of where all carriers fly their A350s.

Thanks Neil. Yes, there’s a full list on this page: http://www.airportspotting.com/airbus-a350-routes/