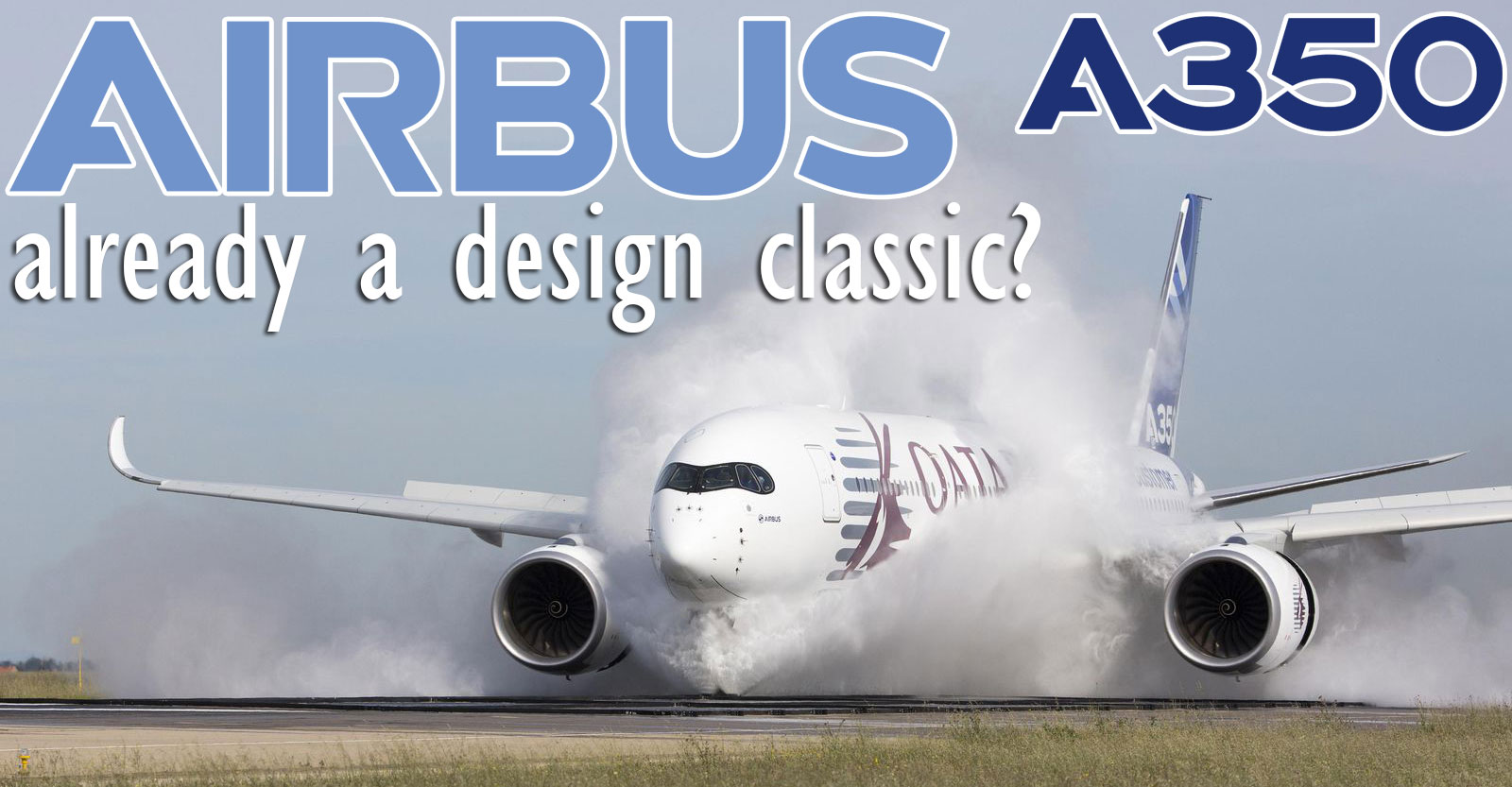 The new Airbus A350XWB was recently certified by both the European and American authorities, marking a major milestone in a type that will certainly come to challenge – or even dominate – the long haul market.

The A350 was first conceived ten years ago, in 2004. Because of its similarities with the A330, which was in its prime at the time, many customers dismissed it as unnecessary. But one key early aspect of the design was in the three letters after its name – XWB – which stood for Extra Wide Body.

This would give it the widest fuselage of any twin long-haul jet, giving airlines the opportunity to add more seating – up to 10 abreast – or to offer passengers more space in the premium cabins. It was naturally a winner with the airlines that consider on-board service and comfort a high priority, with Singapore Airlines and Qatar Airways ordering as early as 2006. Naturally many compare the A350 to the Boeing 787, and I think it’s fair to consider this to be Airbus’ answer to its rival’s latest aircraft. It also incorporates a lot of the techniques and technology of the 787, such as:

But there are other aspects which make the A350 a design classic, and unique compared to the 787. First off, its cockpit follows other Airbus models to aid in crew familiarity and the latest technology. It is modelled on that of the A380, with large LCD screens and information systems.

The A350 also features a new undercarriage design to better make use of the new composite wing structure and reduce loading on ground surfaces.

The maximum range of the A350 is another key feature. Like the Boeing, Airbus wanted to offer customers the ability to fly a long distance at affordable costs, due to the lighter structure and improved aerodynamics. The -800 model will fly the furthest, reaching around 8,260 miles, with the -900 and -1000 coming in at just under 8,000 miles. There has even been a -1000LR model touted by Airbus, which would be able to fly non-stop from London to Sydney, but this has not been confirmed yet.

Airbus is building its A350s at its Toulouse Blagnac base. The first flight took place on 14 June 2013, and much of the subsequent testing has taken place from there using five aircraft.

Visitors to Toulouse will be able to see the production line on Airbus Factory Tours, and will soon start seeing a regular stream of new aircraft sat undergoing final modifications and flight testing at the airport. To date Airbus has received orders for 750 A350s, across all three models. This is already a real success story, with many of the world’s largest carriers opting for the type.

Qatar Airways will be the launch customer for the A350, and one of the test models has already been painted in its colours. It expects to begin flying the type on its Doha – Frankfurt route from January 2015. The following airlines have ordered so far: Airbus recently put together some extra information on their A350 so that you can find out more about the product and its unique features.

A350 Cabin – Inspired Design – How the aircraft’s cabin differs from other aircraft.

A350 Goes Global – looking at the recent world tour of the third production model.

Bringing the Vision to life – looking back at the first flight and its test pilots.

The A350 is a beautiful looking airliner, and she is very agile too.
I was in TLS for a week back in June this year and they were flying all day every day.
There are some nice images of her on my flikr site if you need any!! 🙂

Thanks John! Some stunning pictures on your Flickr site. Enjoying looking through them.