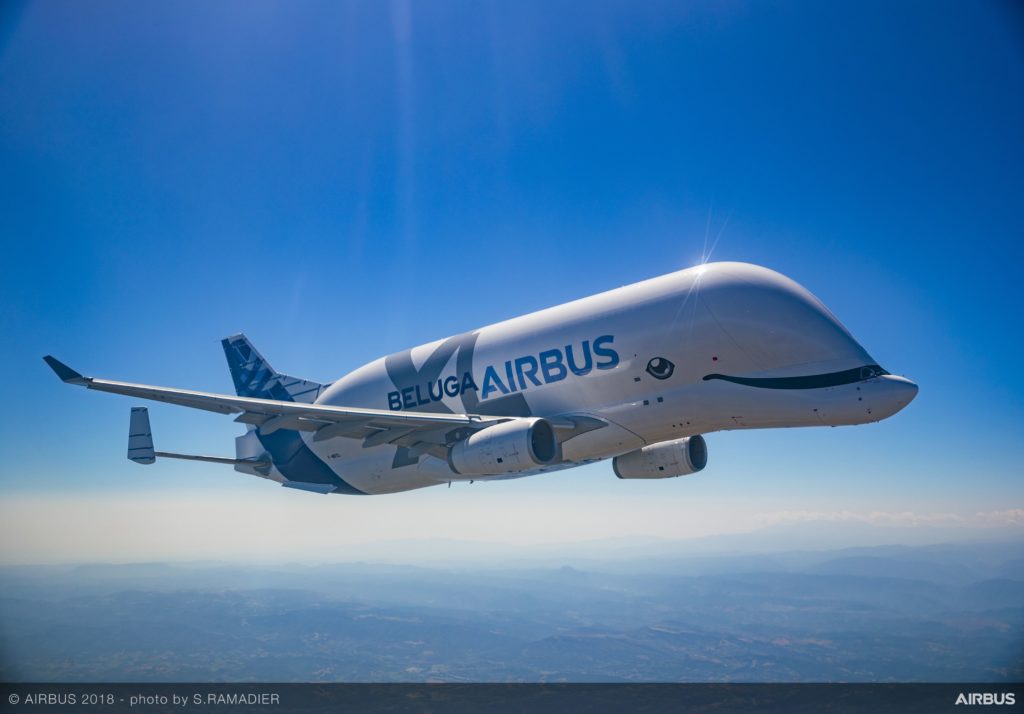 Providing Airbus with 30% extra transport capacity in order to support the on-going production ramp-up of commercial aircraft programmes, the aircraft, which is an integral part of Airbus’ industrial system, made its first operational flight on 9 January. This is the first of six BelugaXL to begin work alongside the BelugaST predecessors, with the additional aircraft being introduced between 2020 and 2023.

Launched just over five years ago, in November 2014, the entry into service milestone marks yet another successful achievement for the internal aircraft programme that was awarded Type Certification by the European Aviation Safety Agency (EASA) in November 2019, following an intensive flight test campaign that saw the BelugaXL complete more than 200 flight tests, clocking over 700 flight hours.

The first aircraft is registered F-GXLG. There will ultimately be six BelugaXL aircraft in operation.