American Airlines was the first carrier to receive a brand new Boeing 787 for over a year.

The manufacturer had been forced to pause deliveries and production following a mandate by the Federal Aviation Administration (FAA) to review how new aircraft were inspected after problems were found in manufacturing standards.

Part of the problem came with the accuracy of the fuselage section spacers where joins were located.

The Federal Aviation Administration said in an emailed statement that Boeing “has made the necessary changes to ensure that the 787 Dreamliner meets all certification standards.” 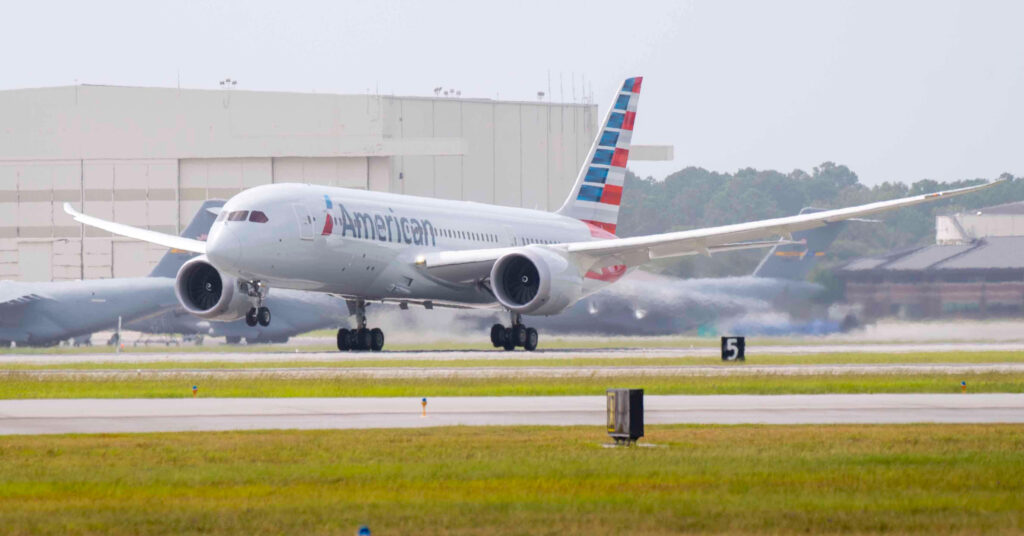 American’s new aircraft, a 787-8 with registration N880BJ is the airline’s first new Dreamliner since April 2021, and was delivered from the Charleston, SC factory to the carrier’s Dallas Fort Worth base.

The airline has an additional 42 Boeing 787s on order, and outstanding orders and deliveries from many other airlines are currently waiting to be fulfilled. Like with the 737 Max recertification, we should see a flurry of deliveries of Dreamliners over the coming weeks as Boeing catches up.