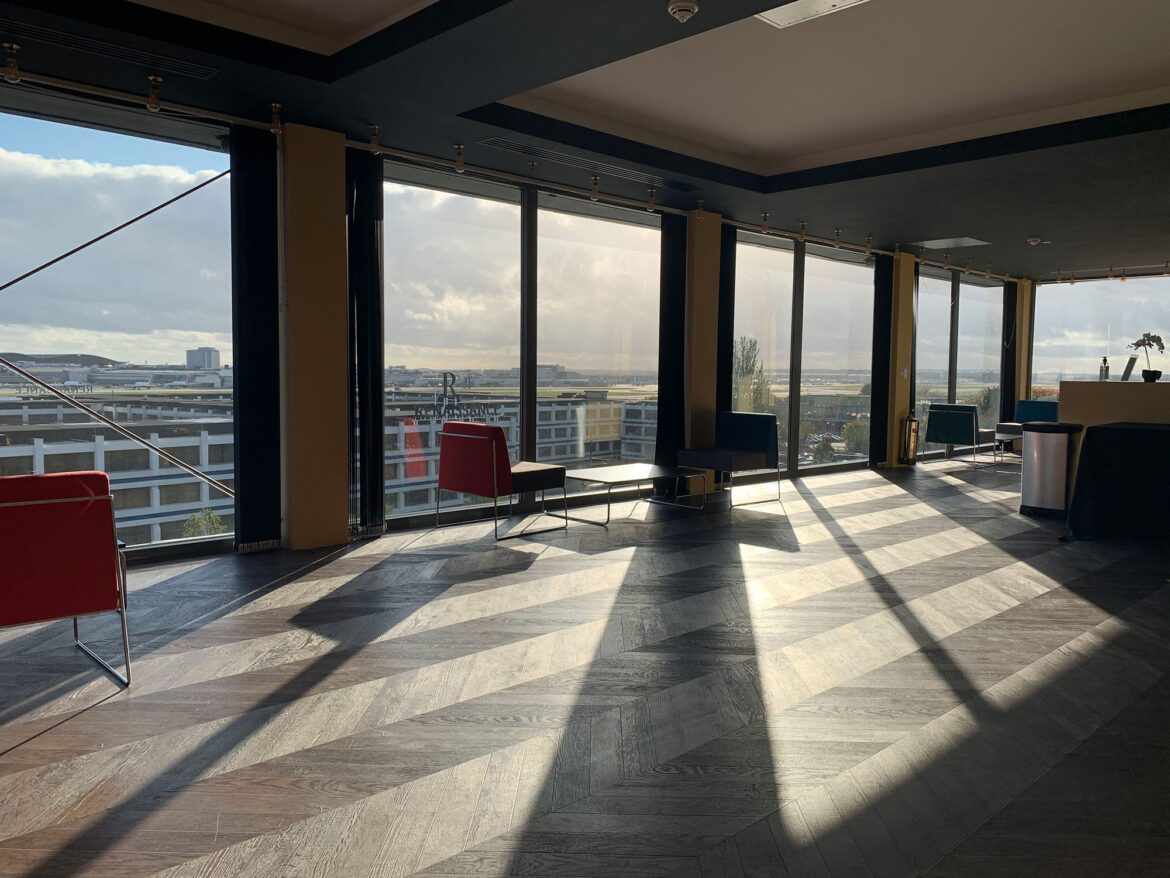 Last week I had the opportunity to visit the new spotting location which has been set up inside the Novotel on the northern perimeter of London Heathrow Airport.

A lot has been written about spotting at Heathrow over the years. As one of the world’s favourite airports for enthusiasts, thousands are drawn every year to enjoy the wide variety of airliners coming and going.

For a long time Heathrow had some amazing viewing terraces on top of the old Queen’s Building near the original Terminal 2 in the central area.

However, those closed in 2002 and spotters were forced to find alternatives around the airport. The most famous is Myrtle Avenue on the south-east side of the airport, which is perfect for watching and photographing arrivals on runway 27L.

There are other spots you can find around the airport and surrounding areas (find out about them in our book World Airports Spotting Guides).

Some of the best spots are actually in hotels.

There are many different hotels all around Heathrow airport, and some of them have amazing views of the action. The most famous is probably the Renaissance, but other good ones include the Premier Inn Terminal 4 and new Hilton Garden Inn in the central area. 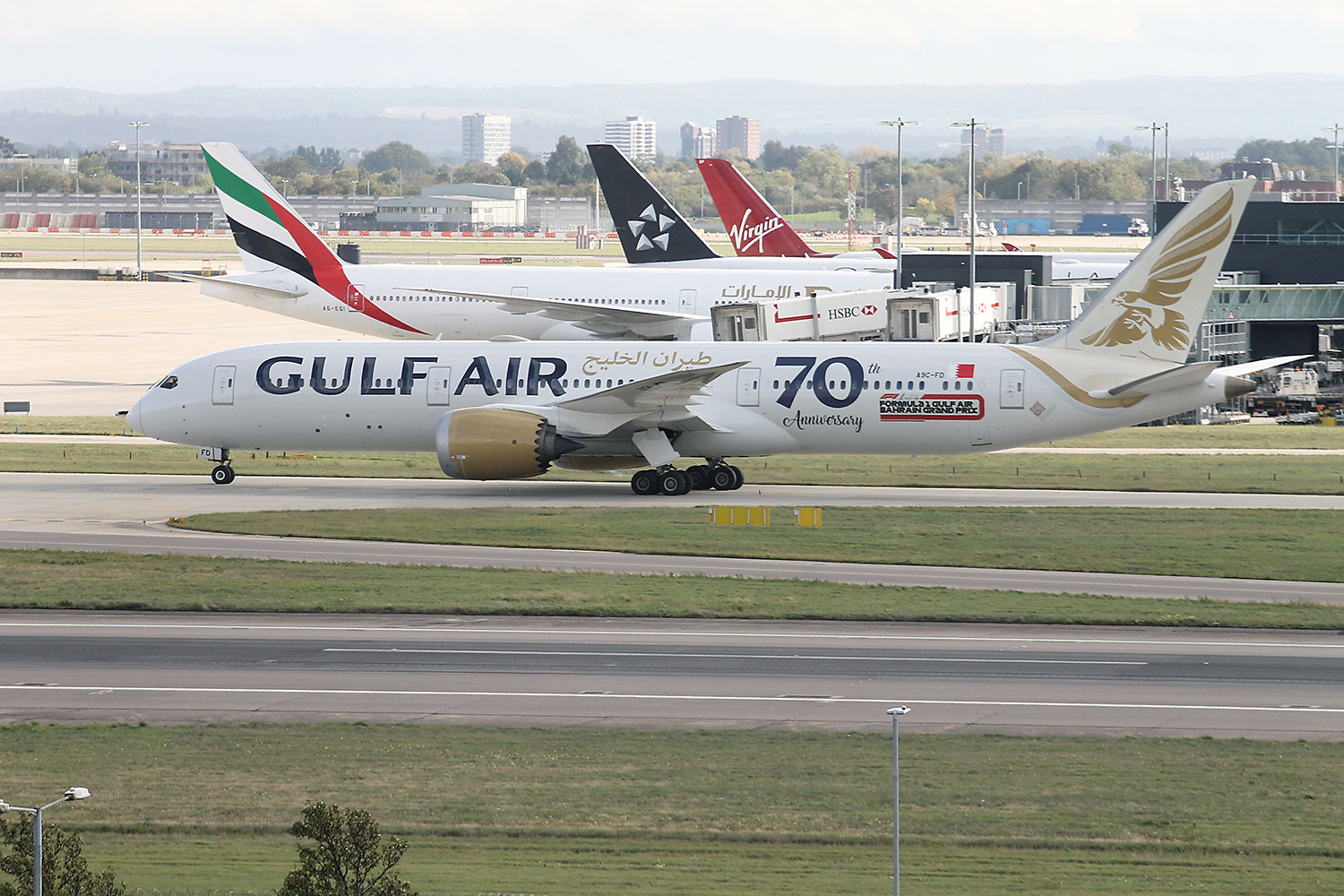 This brings me to the Novotel T1, T2 and T3 hotel.

Situated on Bath Road, directly behind the Renaissance Hotel, it was not known particularly for the views from its rooms (although some have limited views of runway 27R).

However, it has an event space on its top floor which DOES have great views. This area has recently been opened up to allow spotters to come and spend time watching the action. 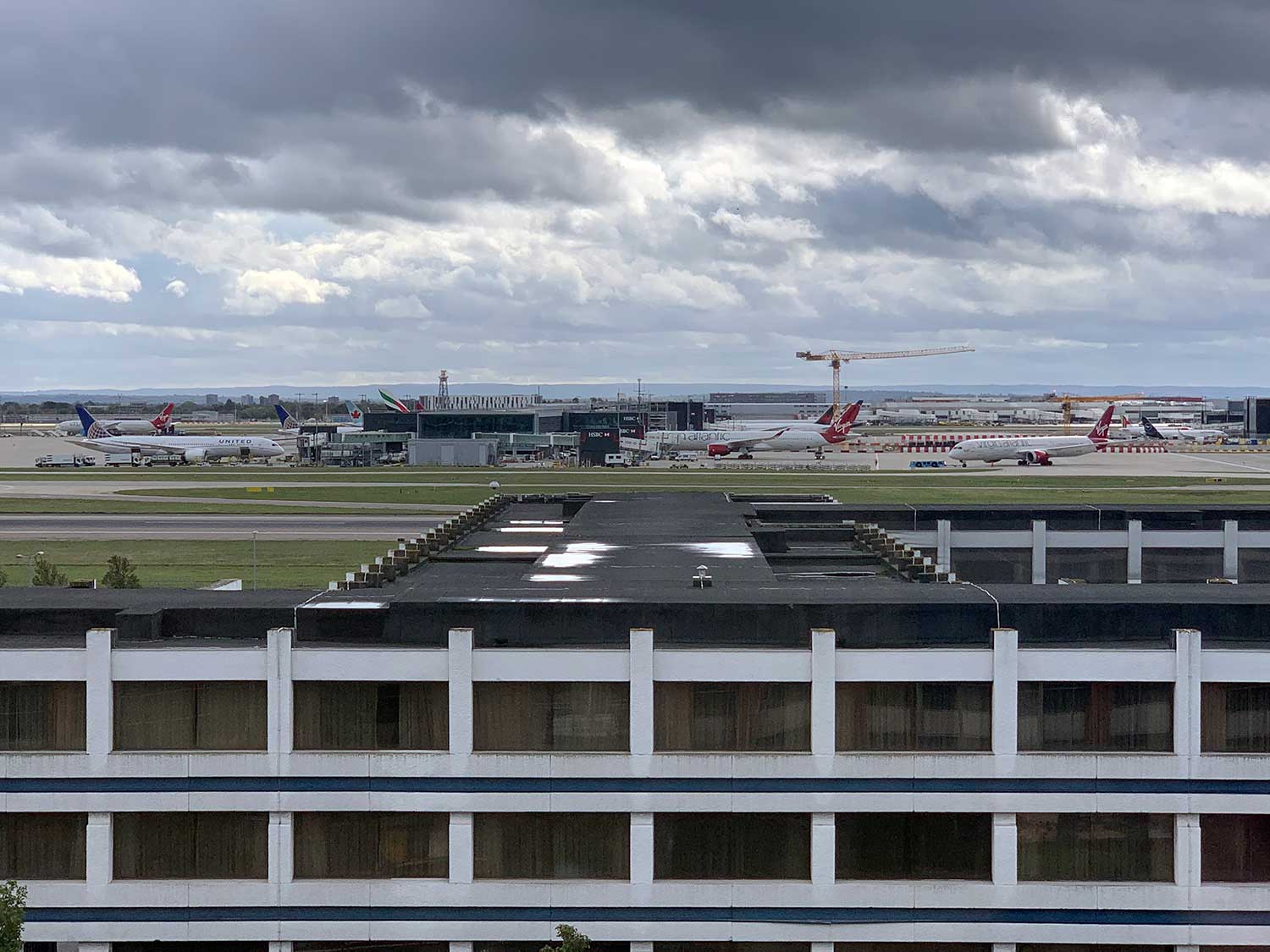 Being on the 4th floor of the building, it rises over the top of the Renaissance and many of the nearby buildings. As such, you have a panoramic view across the northern runway 09L/27R, as well as the northern side of Terminal 2 and 3, and the maintenance area.

In the distance you can see Terminal 5 and the southern runway, but these are too far away to identify aircraft or photograph them, so you’ll need flight tracking apps.

Any aircraft using the northern runway or at adjacent terminal areas and taxiways can easily be read with binoculars.

Here’s a video to give you an idea of the views: 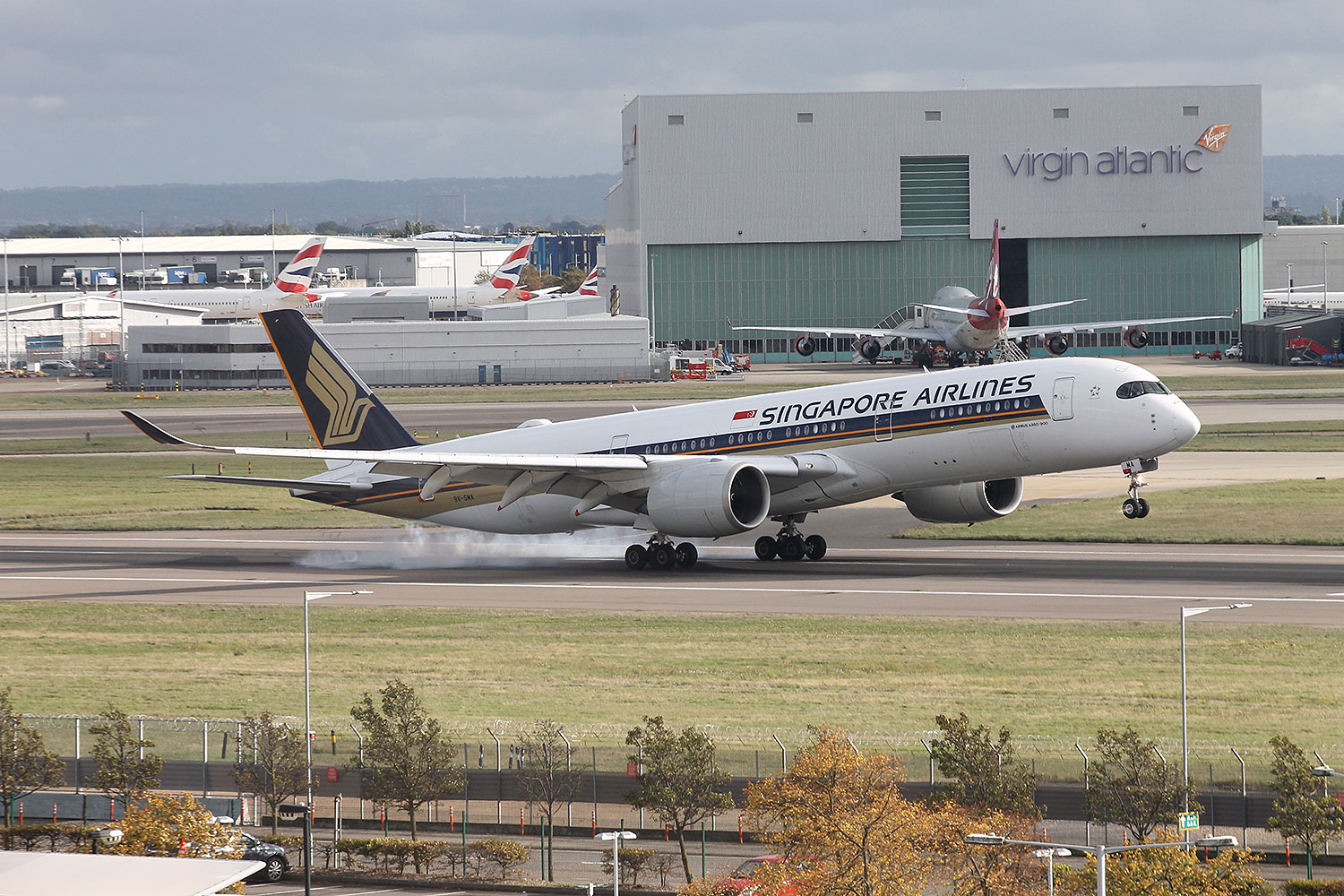 Photography from the Novotel spotting location is also possible, albeit through fairly clean glass.

This will cover aircraft of any side on the nearby runway and taxiways, which can be photographed with ease as long as you pick your spot well to avoid the Renaissance hotel building, or trees and lamp posts which occasionally get in the way. 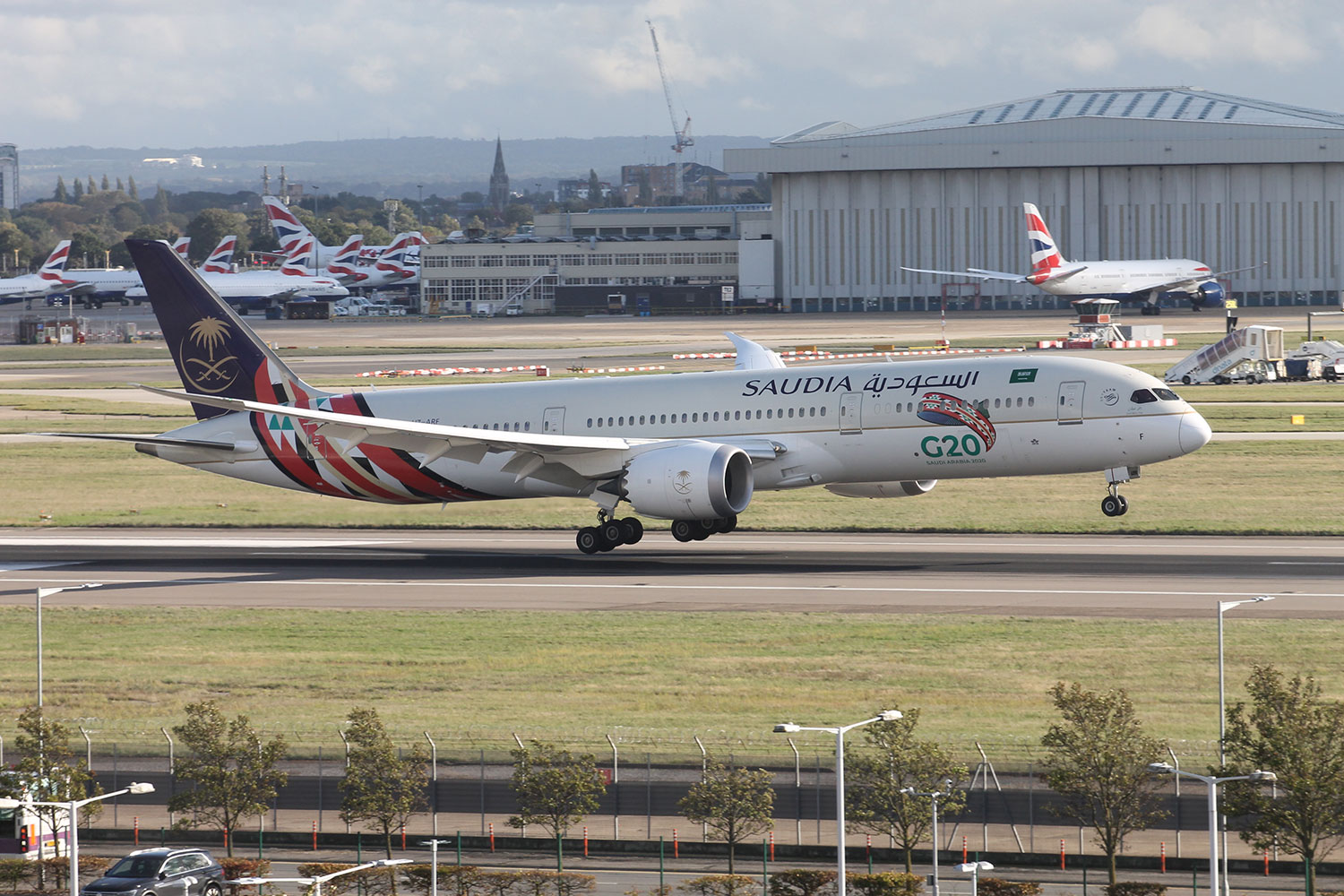 You’ll end up with lots of similar shots as there is a sweet spot where there are no obstructions.

Sadly the Novotel viewing area face south so, like the Renaissance spotting hotel (read my review here), you’ll be shooting into the sun from mid-morning to late-afternoon, and it can be quite troublesome in the winter months.

With a bit of careful aiming, you can still achieve some excellent shots, however.

If aircraft were operating from the west in the 09 direction, I imagine photography would not be anywhere near as good as most aircraft would not pass very close by.

How to Get to the Novotel Spotting Location 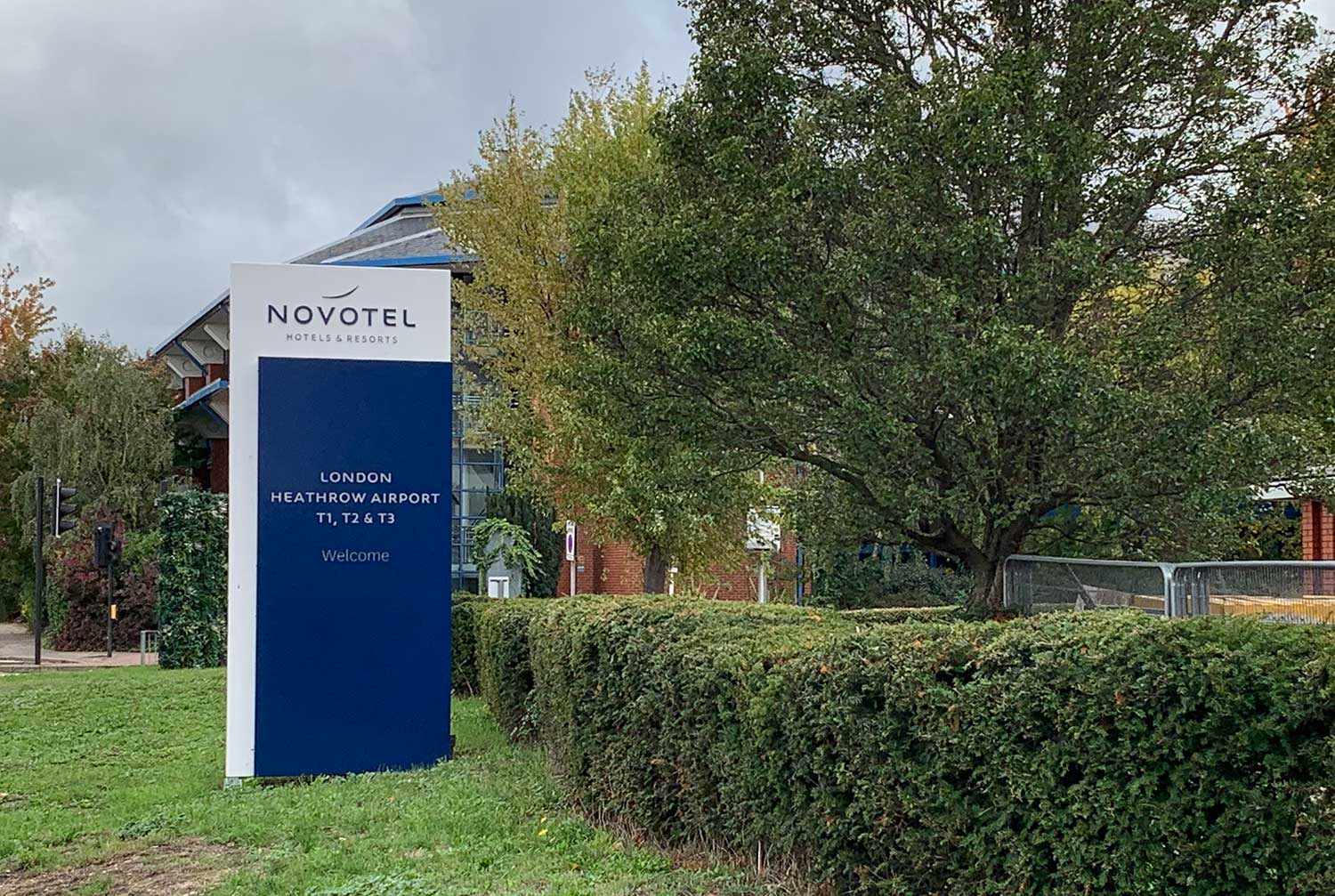 When you arrive, check in with reception and pay your fee, then head to the 4th floor in the elevator. Once there, walk around to the south facing part of the building, where you’ll soon see the view.

There are toilets to use. You can bring in food and drink, or go downstairs to order some.

It is open from 4am to 10pm, roughly corresponding with the times you’ll see aircraft operating at Heathrow.

The hotel is easily reached via public transport, with bus stops in both directions in front of the hotel. In fact, when I arrived, there was a handy leaflet giving all the different bus route options for the different terminals.

These lead to onward London Underground services (you can also reach these by getting the bus in the opposite direction to Hatton Cross or Hounslow West).

Buses around the airport perimeter and between terminals are free to use.

How Much Does the Novotel Heathrow Viewing Area Cost? 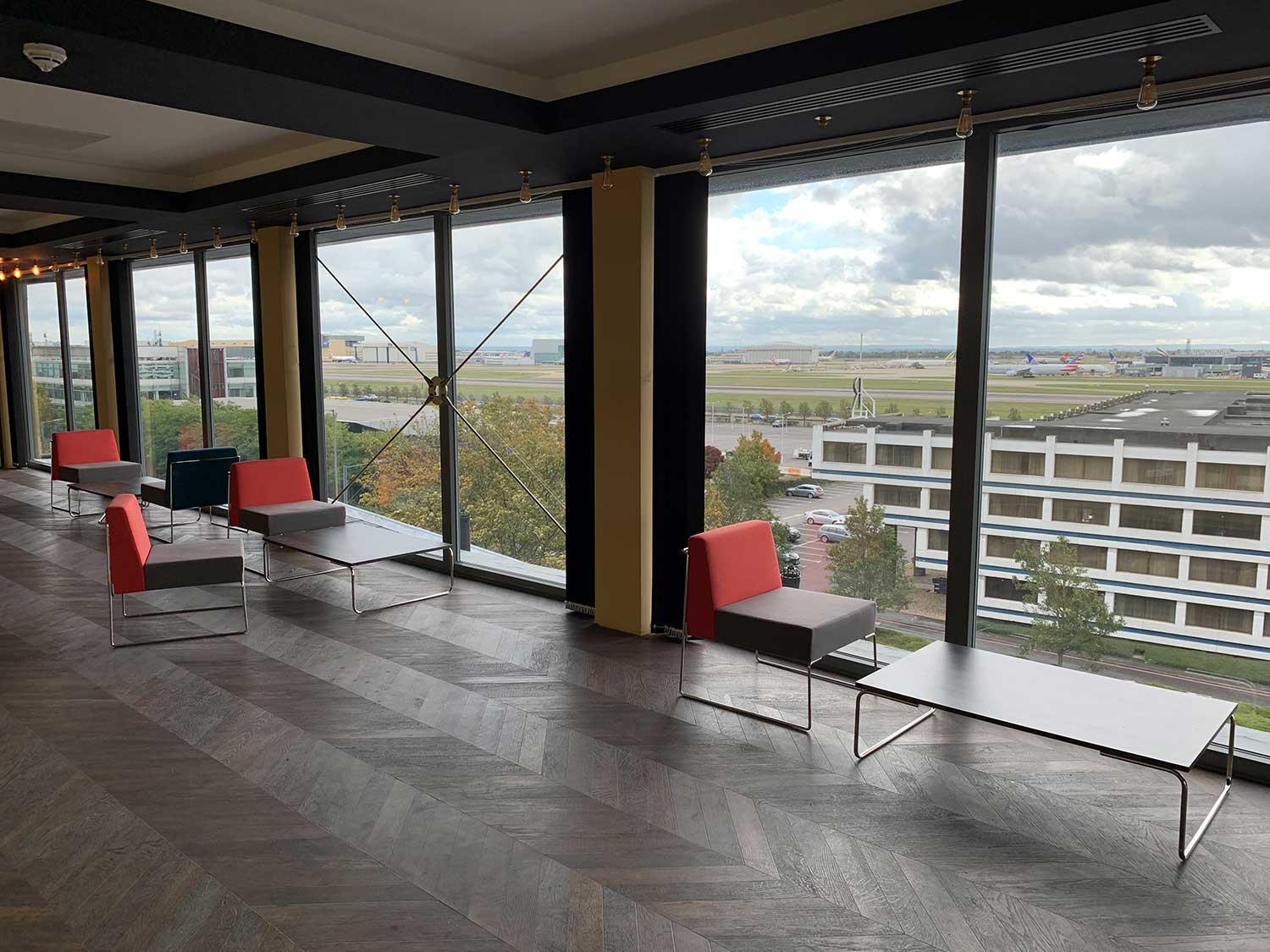 There are various packages you can buy to use the viewing area in the Novotel. These are:

You can pay on the door (you’ll need ID), or book in advance through Zulqarnain Butt via his Facebook, Instagram or Twitter pages and he’ll make sure you get a space booked. You don’t need to pay him in advance. 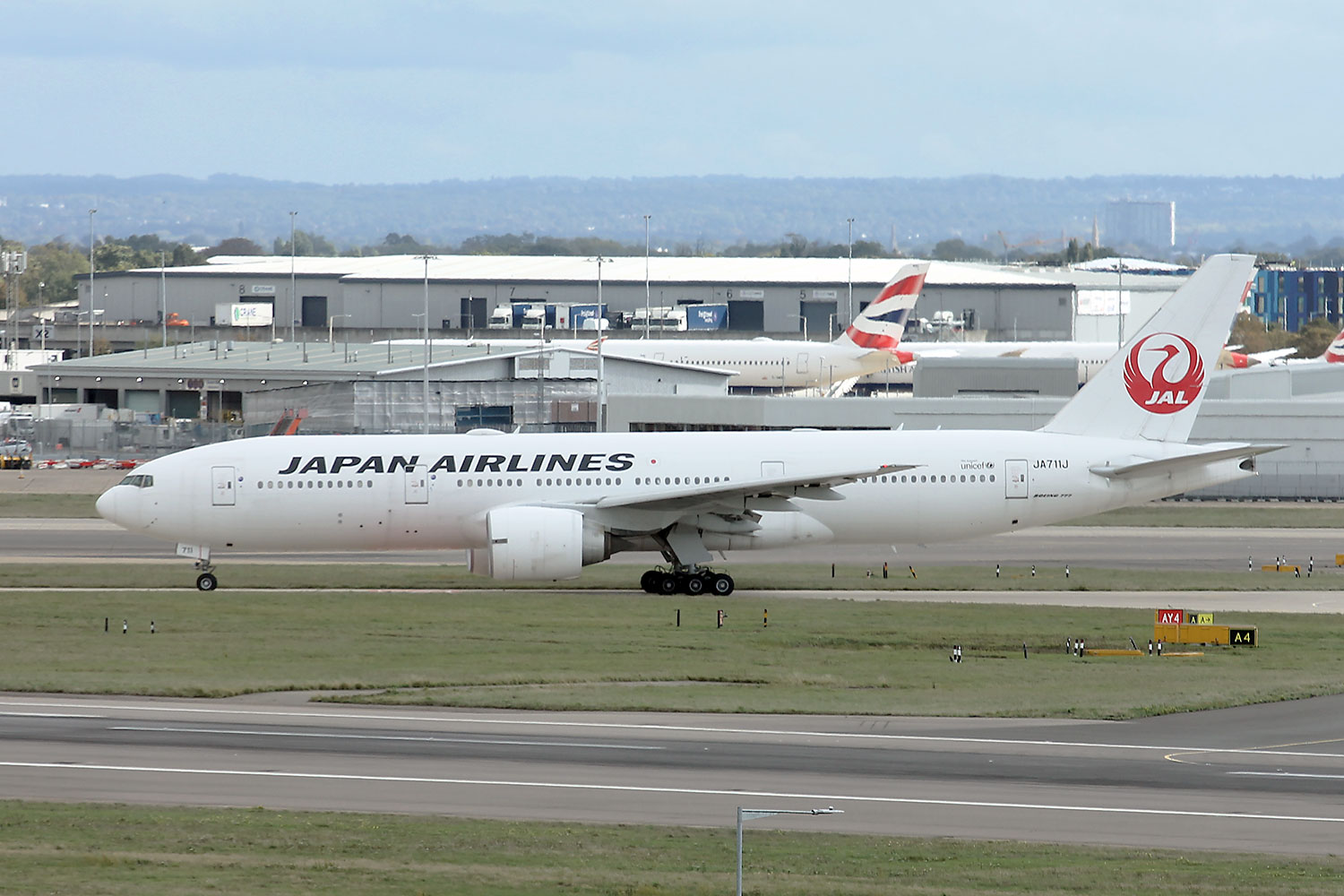 On my visit I was the only person there for most of the four hours, thanks to visiting on a weekday during Covid-19 times.

This meant I could wander around picking the best views at will. If it was crowded this wouldn’t be the case.

I really enjoyed my time there. I had a comfy seat, could charge my phone, and most of all had great views of the action at Heathrow.

I was actually there as the runway switch occurred at 3pm, so got to experience both landings and takeoffs on the northern runway in the 27 direction. Both were fine.

This is a really welcome addition to the Heathrow spotting options. It’s better than the Heathrow Academy viewing stand, and as good as the Renaissance and Premier Inn T4 for views.

Some may object to having to pay for spotting, but the price is very reasonable in my opinion and certainly worth it when you get a comfy seat and shelter from the weather outside.

Have you tried the Novotel viewing area at Heathrow? What did you think? Leave a comment below.

I go there regularly when 27’s being used , an excellent location, I’ve got some great photos from there

I stayed at the hotel on a trip down to LHR last month……I’d booked another hotel initially then remembered this, to me the downside was they were landing from the west, as I’d have liked to have tried out the landings on 27R, but as you correctly point out, you have a seat, you are warm and dry, you can use phone/laptop/tablet to watch the southern runway, you have decent toilets, you could have a beer or hot drink/food from downstairs……I had a burger and chips which was VERY nice indeed. I for one will use it again. I hope they keep those windows nice and clean though.

Better than nothing… the place does look inviting.

I stayed here for two nights early October and will give the positives and negatives of my stay.
Firstly the facilities are excellent and the views are decent.
The price i paid was good which included parking and breakfast.

I was told that the deck was open from 4.00am every morning, unfortunately both mornings i had to ring reception to open the door at 7.45am.
The cleaners obviously dont like heights as the deck wasn’t cleaned in two days while i was there.
Breakfast and the Burger i had were disappointing and the Premier Inn breakfast is far superior.

Would i stay again probably not but i would certainly use the day pass as an option.

Thanks for your comments Darren, interesting to know! For the record, a cleaner came in while I was there, and asked if it was ok if she used the hoover.