Airlink, previously associated with troubled South African Airways and known as SA Airlink, has re-established itself as an independent carrier and unveiled a new livery.

The airline operates flights on popular domestic and regional services from South Africa, out of bases at Cape Town and Johannesburg.

It operates a varied fleet of regional aircraft, including British Aerospace Jetstream 41, Embraer 135/140, Embraer 170 and 190. 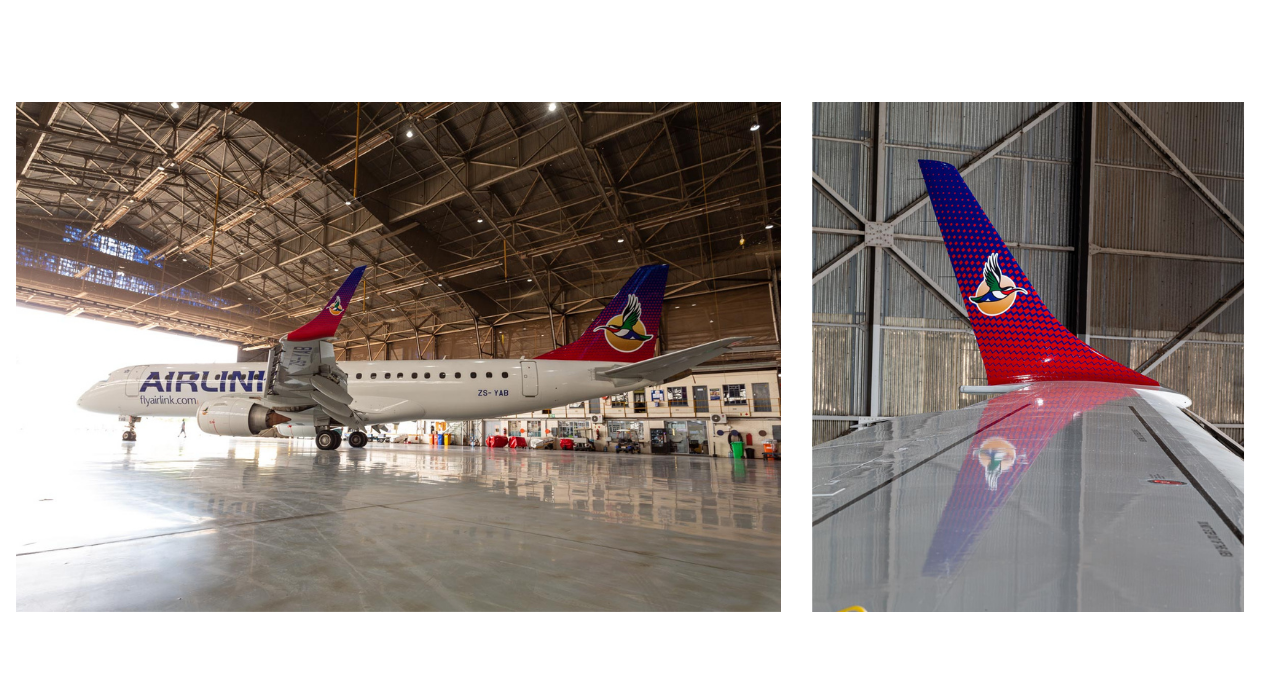 As it disassociates itself from South African Airways, Airlink has now revealed this new livery features a distinctively colourful African Sunbird set against a sunrise and dawn sky.  It signifies the airline’s new strategy, as an independent, agile, responsive and financially robust business that is free of any brand association with its former franchise partner.

“We have flown that particular nest and we are inviting our loyal and new customers to fly with us as Airlink expands its network, connecting and re-connecting people, communities, businesses, goods and services with markets throughout Southern Africa and beyond,” explains Airlink CEO and Managing Director, Rodger Foster.

The new livery will be applied to Airlink’s fleet over the coming months, with the re-painting coinciding with each aircraft’s next scheduled deep-maintenance overhaul.

Good to see SA AIRLINK going great, that E 190 ZS-YAB was a regular in Perth with VIRGIN AUSTRALIA as VH-ZPG.
We wish them well.