South America is home to some of the world’s most interesting airlines, airports and landscapes.

In the most part, South America is a safe place to travel to (Covid excepted!), is easy to get around, and there are communities of plane spotters in most places.

There are also some interesting aviation museums, large airline fleets and older aircraft types to fly on.

Here are the best airports in South America for plane spotting: 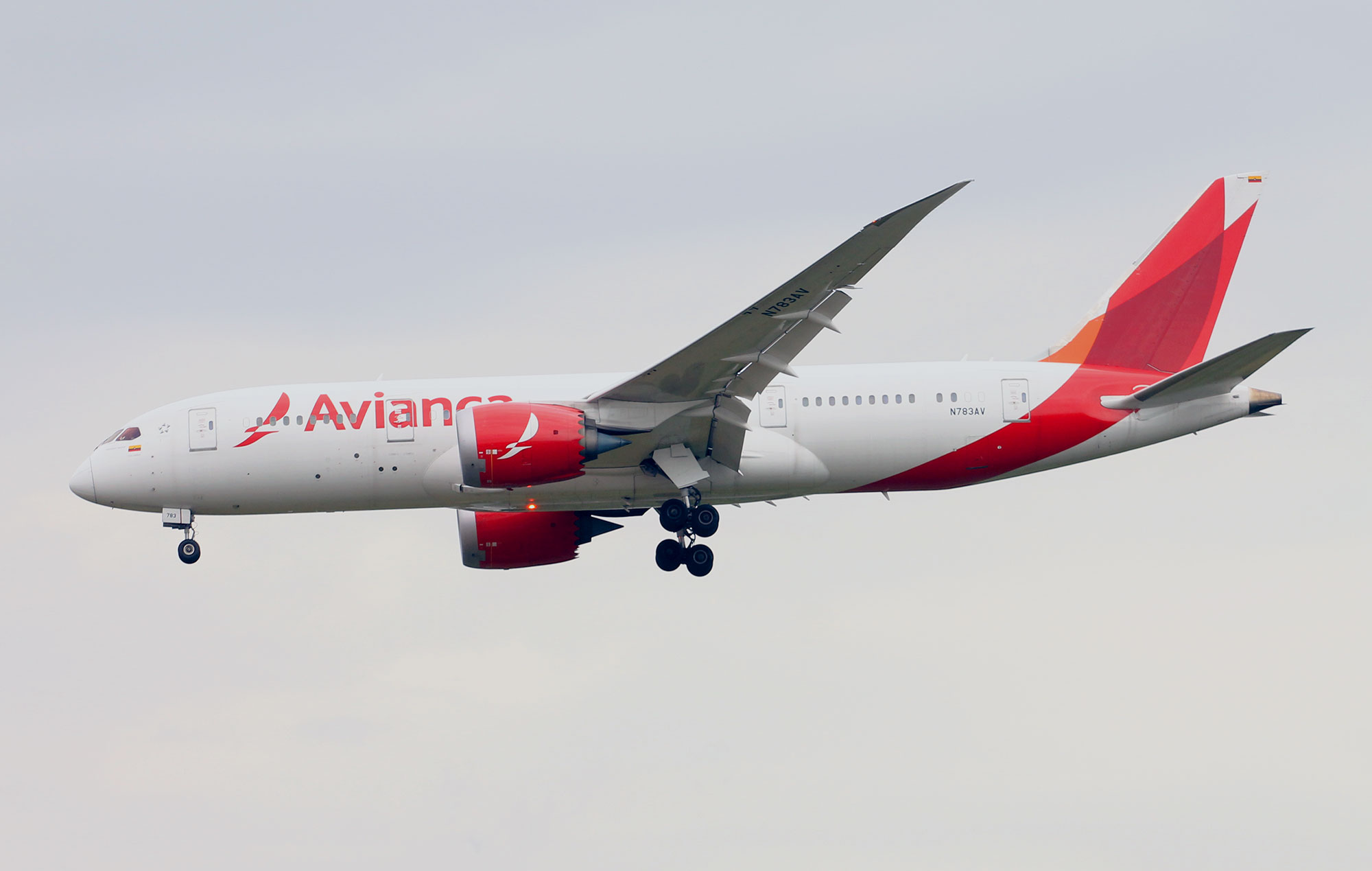 This is one of South America’s busiest and most interesting airports, but it can be frustrating for spotting. It is one of the few places where you can still occasionally catch some classic types like the Boeing 727 and Douglas DC-3 in regular operation, albeit not in a passenger role.

Bogota is the home base for Avianca, Aerosucre, Copa, LATAM Colombia, Satena, EasyFly and VivaColombia. The airport also has a military and police presence and lots of cargo flights.

The Movich Buró 26 is a good spotting hotel near the terminals, with some views of the runways and maintenance areas. 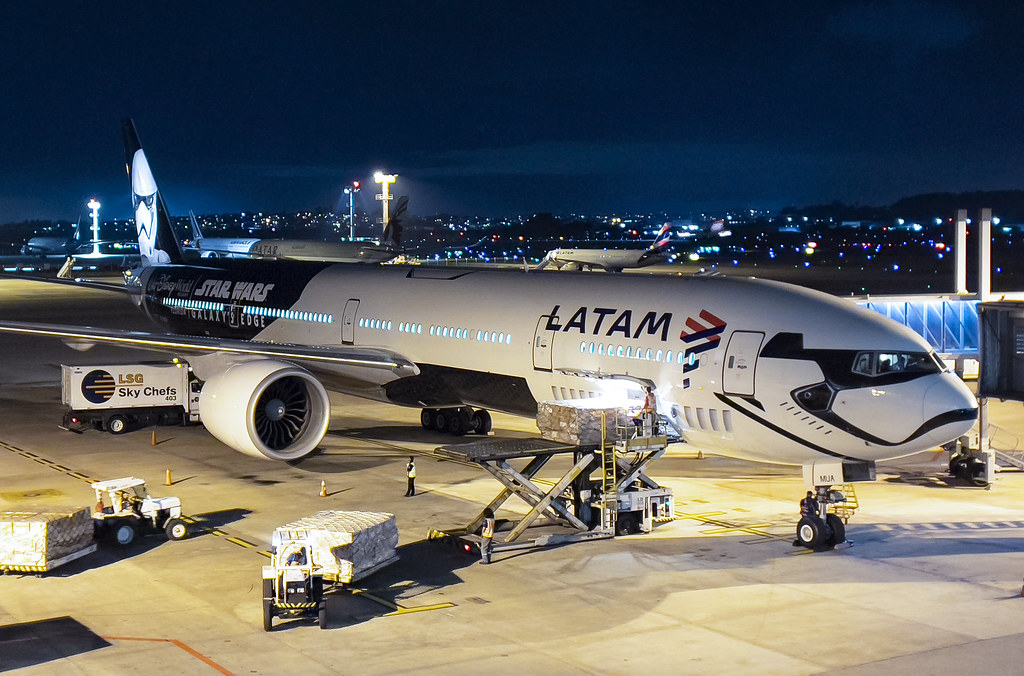 Guarulhos is the largest airport in South America, and a busy international gateway to Brazil. It is located in the north of the city and has two parallel runways and four terminal sections. The airport is a main hub for Azul, LATAM Brasil and Gol Transportes Aereos, and is served by many international carriers.

The Hampton Hotel to the west of the airport is a popular place for spotting, as it has a terrace which is perfect for landing shots. 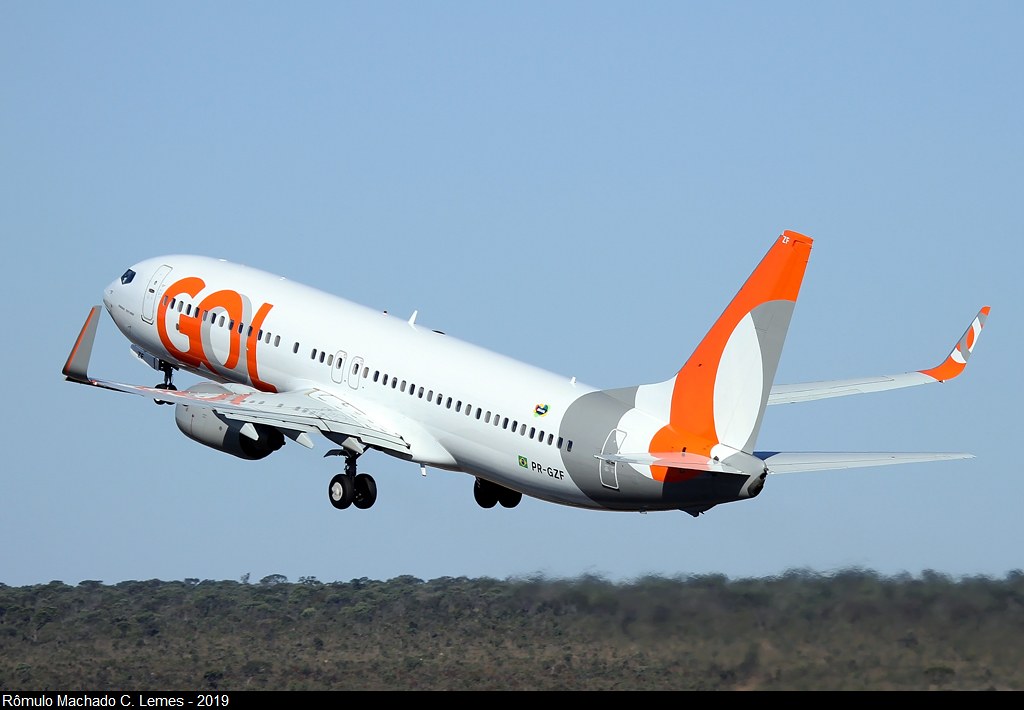 One of Brazil’s busiest airports, which is also an air force base. It is a hub for LATAM and Gol, and also sees a number of cargo flights. Another draw to the enthusiast is the presence of the VIP aircraft operated by the Brazil Government.

Passengers using the domestic terminal can easily read off aircraft from the gates. 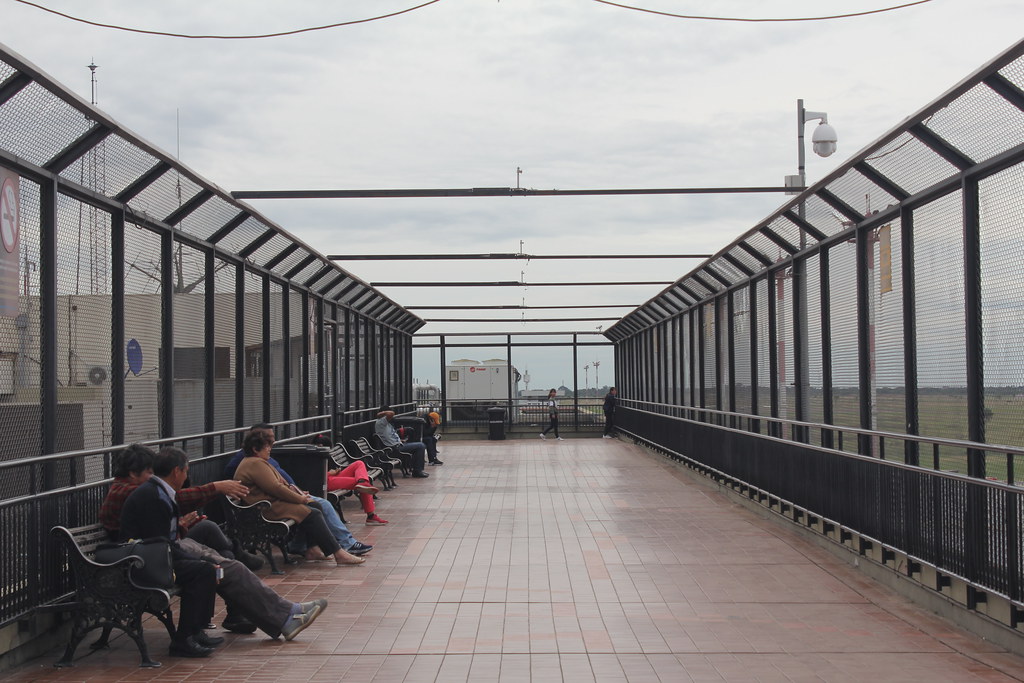 The busiest and main airport in Bolivia. It is high up, at over 4,000m above sea level. This means airliners have restrictions on weight and size to get in here.

The airport has a viewing terrace landside in the terminal, where you can spot and take pictures of aircraft on the main apron. 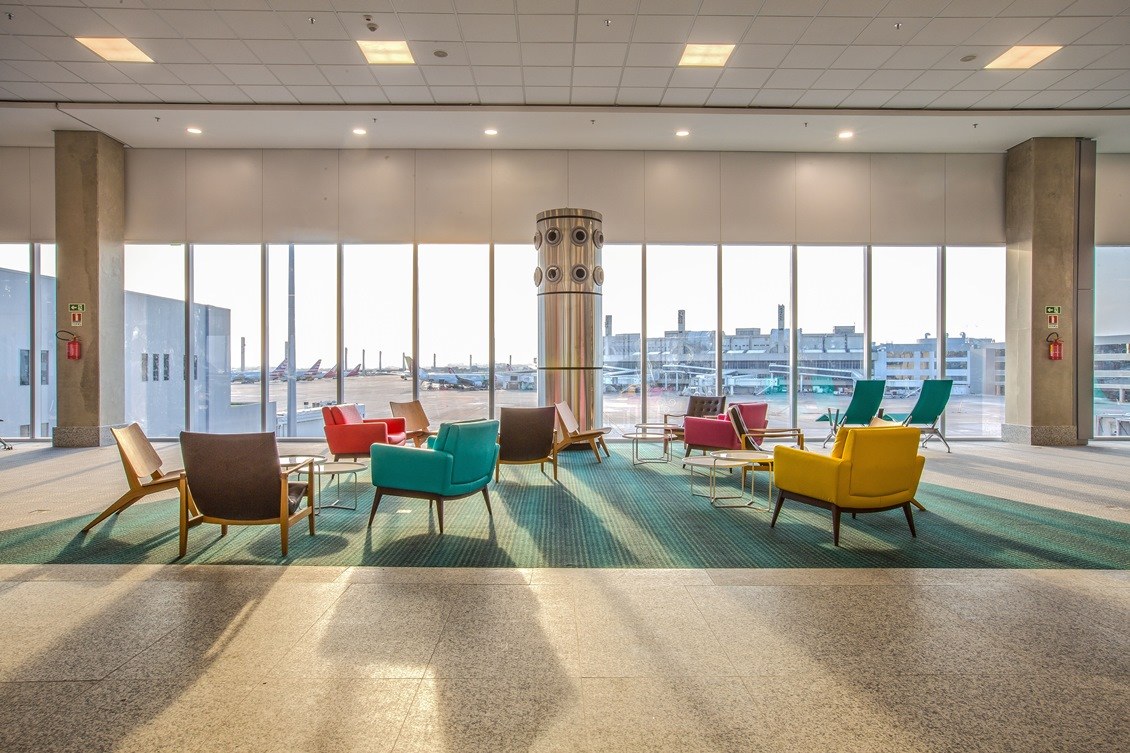 The main spotting location is the large area of windows in Terminal 1. It is located on a higher floor and has good views over the parking areas, general aviation ramp and part of both runways, so you should see all aircraft movements from here. Head to the southern part of the second floor behind the banks and ATM machines.

The storage area near the maintenance hangars at Galeão have a number of retired aircraft parked outside, such as Boeing 727s and 737s. These can often be seen on departure. 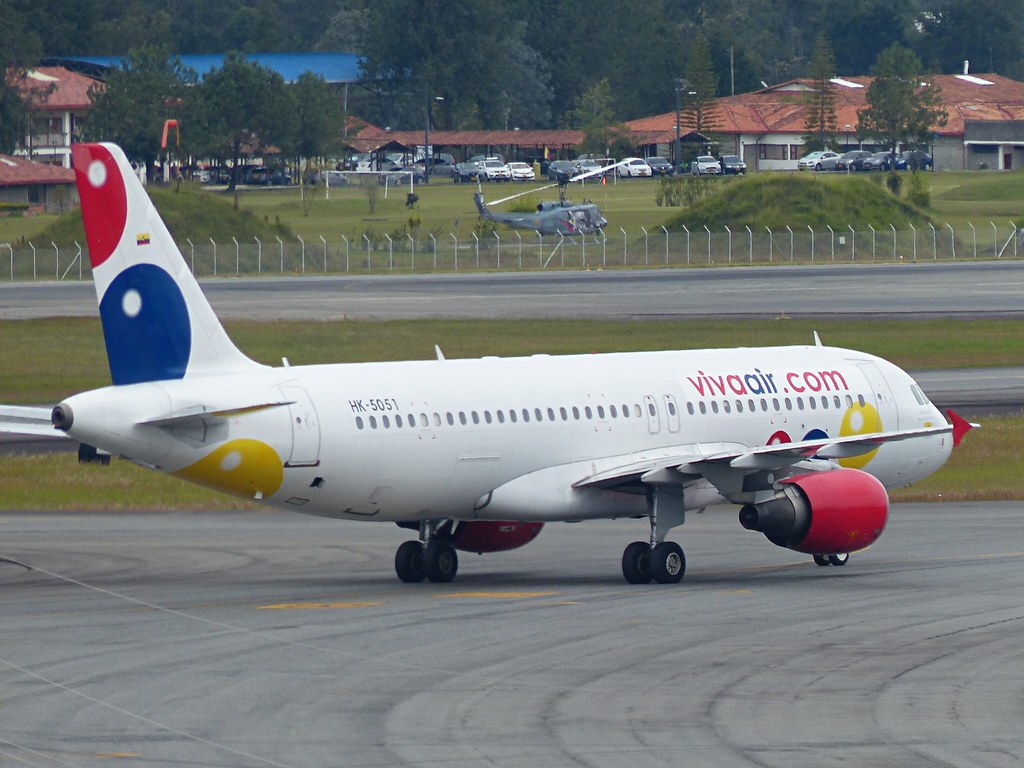 The second-busiest airport in Colombia. Medellin handles domestic flights, as well as international links around South, Central and North America. There are some links to Europe, too.

The Colombian Air Force also has a base here, and you’ll occasionally see classic airliner types passing through on cargo flights.

There is a landside terrace in the terminal on the second floor with views over the parking apron and runway, and with food and drink facilities nearby. This is the easiest and safest place to spot from. 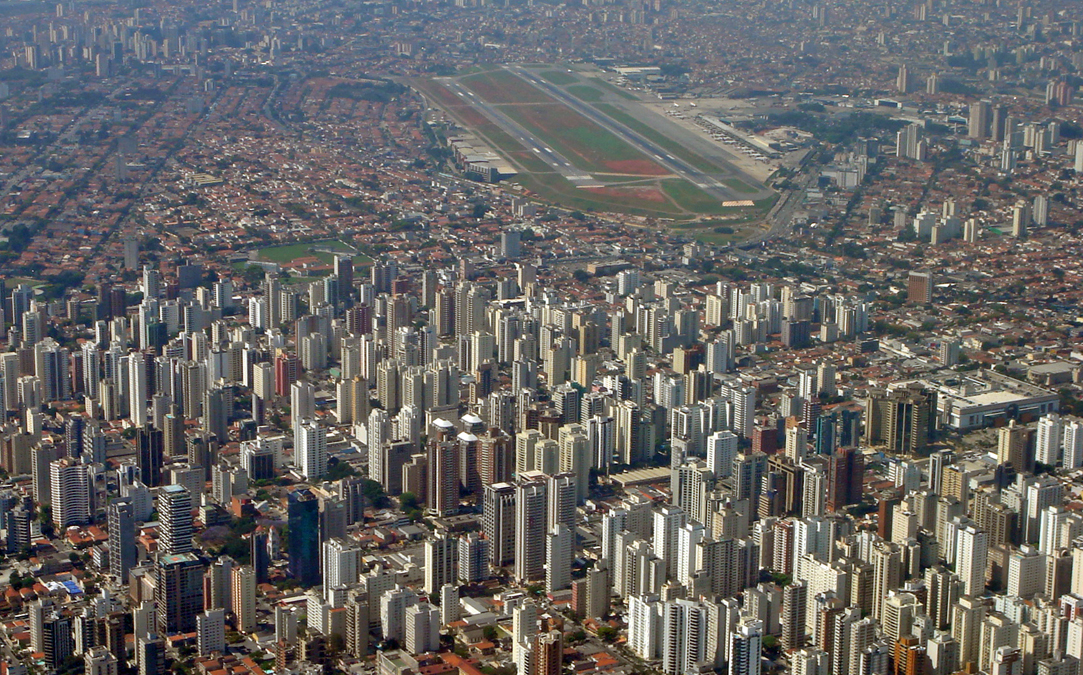 Situated 5 miles from downtown Sao Paulo, Congonhas sits atop a plateau surrounded by the urban sprawl. It has a single terminal, two runways, and is Brazil’s third busiest airport in terms of passengers, and second busiest in terms of aircraft movements. So there’s plenty to see!

Congonhas only handles domestic flights, but is quite popular with executive aircraft. Avenue Washington Luiz is a good spotting location as it has a walkway alongside which parallels the runway. This is the secondary airport at Buenos Aires, but busier than the primary Ministro Pistarini. Aeroparque is in the north eastern part of the city, alongside the sea. It is the city’s domestic airport, with airlines like Aerolineas Argentinas, Austral, Andes Lineas Aereas, JetSmart Argentina and LATAM coming and going all day. The airport is also a military base, and home to the government’s transport aircraft.

Many people watch aircraft here from the car park alongside the terminal, which overlooks the taxiway and runway. A grassed area at the end of runway 13 is also good for photography. With both areas it is not wise to be alone or to display too much expensive equipment openly. 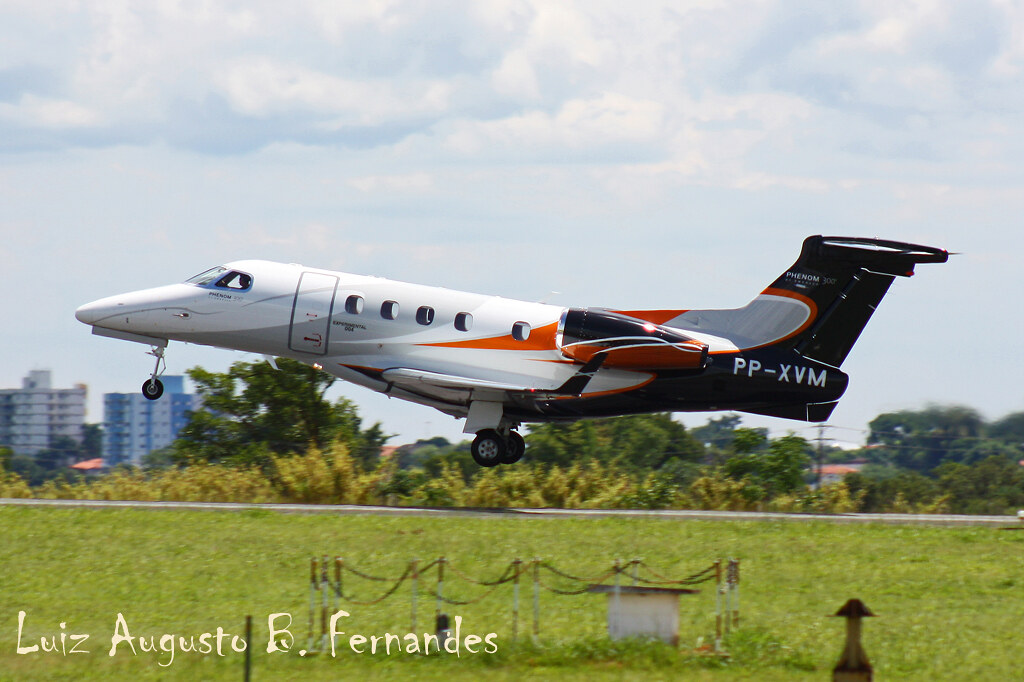 This is a small airport around 90km north east of Sao Paulo. It is the main production site in Brazil for Embraer aircraft, so of interest to spotters looking to log new aircraft straight from the factory.

You’ll need a car or to risk walking to see any aircraft movements. There are no airline flights here. You might see some derelict old airliners on the southern side of the airport.

A collection of preserved Embraer aircraft can be seen north of the factory area, known as the Brazilian Aerospace Memorial (Memorial Aeroespacial Brasiliero). It has a car park and you can wander around the aircraft. 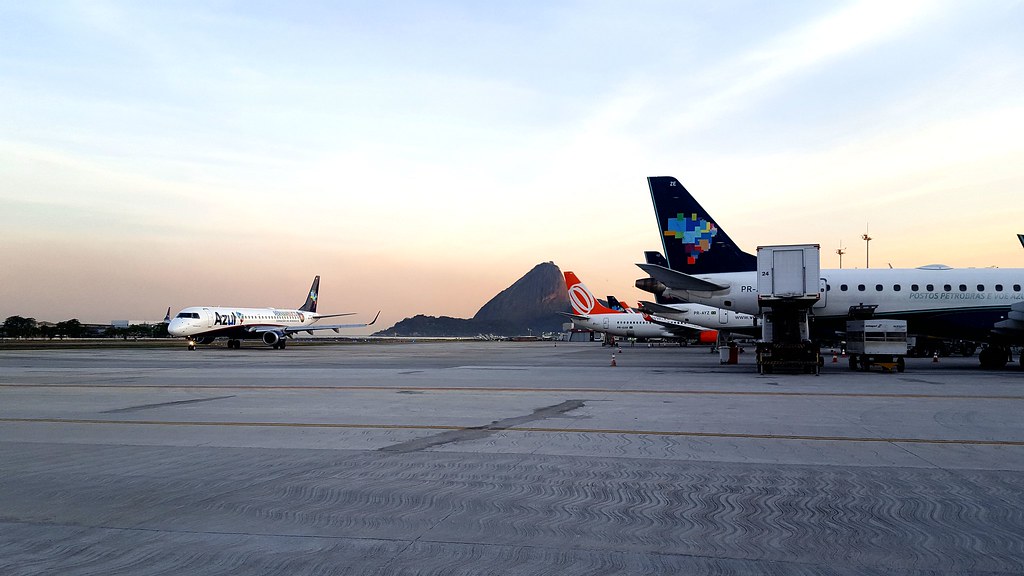 Santos Dumont has two short parallel runways, a single terminal, and an area for business aircraft. The airport operates between 6am and 11pm. Its downtown location makes it a busy hub for executive aircraft, and also for domestic flights. The best spotting location is within the terminal where there is a large window on the upper level. 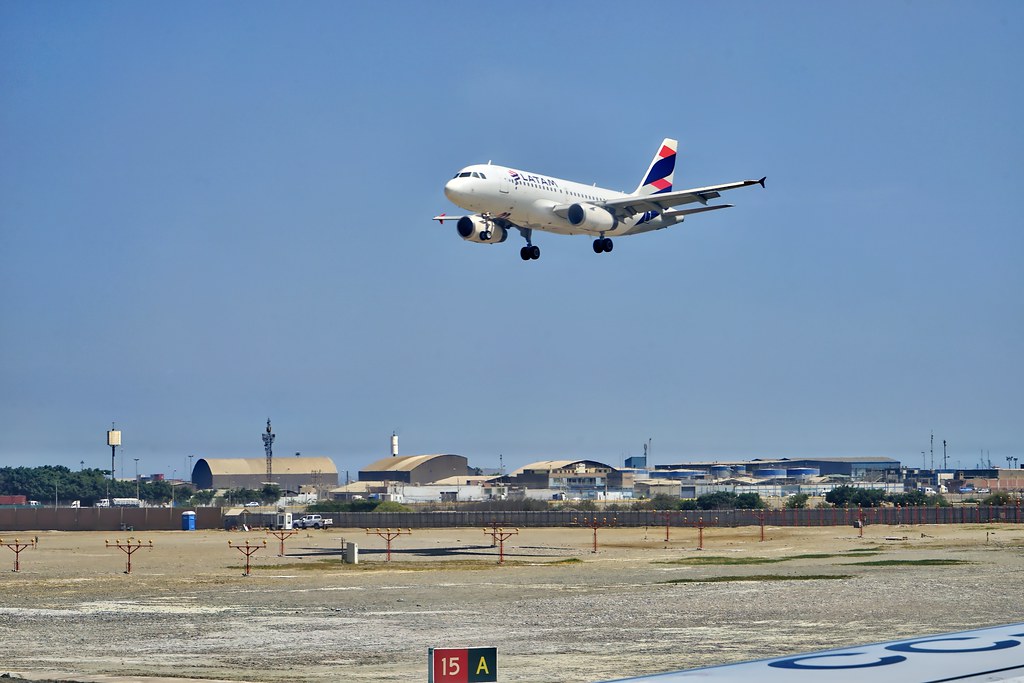 Lima is the main international gateway into Peru. It has a single runway and a single, large passenger terminal which is split into international and domestic sections. Since the airport is operated jointly with the military, there are areas to the south of the terminal where air force and police aircraft park up. The airport is a hub for Avianca Peru, LATAM Peru, Sky Airline, Star Peru and Viva Air Peru. Many international airlines also visit.

To the north of the terminal is the military apron, as well as maintenance hangars. There is a large area behind the military base where various airliners were stored awaiting scrapping. These are only visible from departing aircraft.

There are not many spotting opportunities outside the airport unless you explore with a car. But you can spot (and photograph) from within the terminal departures area. 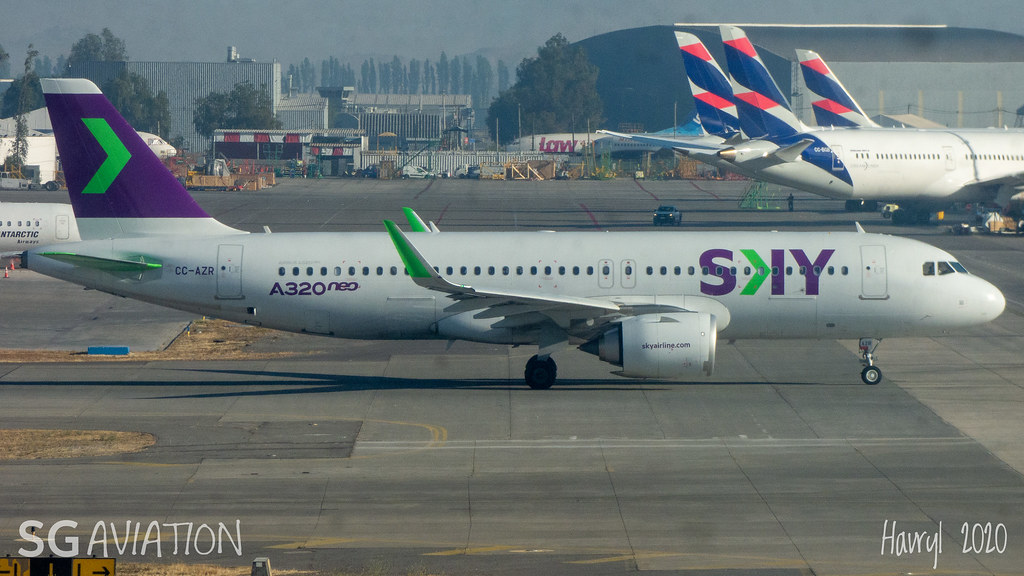 Serving the capital, this airport has two parallel runways in a north-south orientation. The passenger terminal is in the southern section, with the LATAM and Sky Airline maintenance bases in the middle, and a military and government air base to the north.

The best views can be had near the control tower. It is not advisable to go exploring alone around Santiago airport as there have been reports of robberies by spotters. 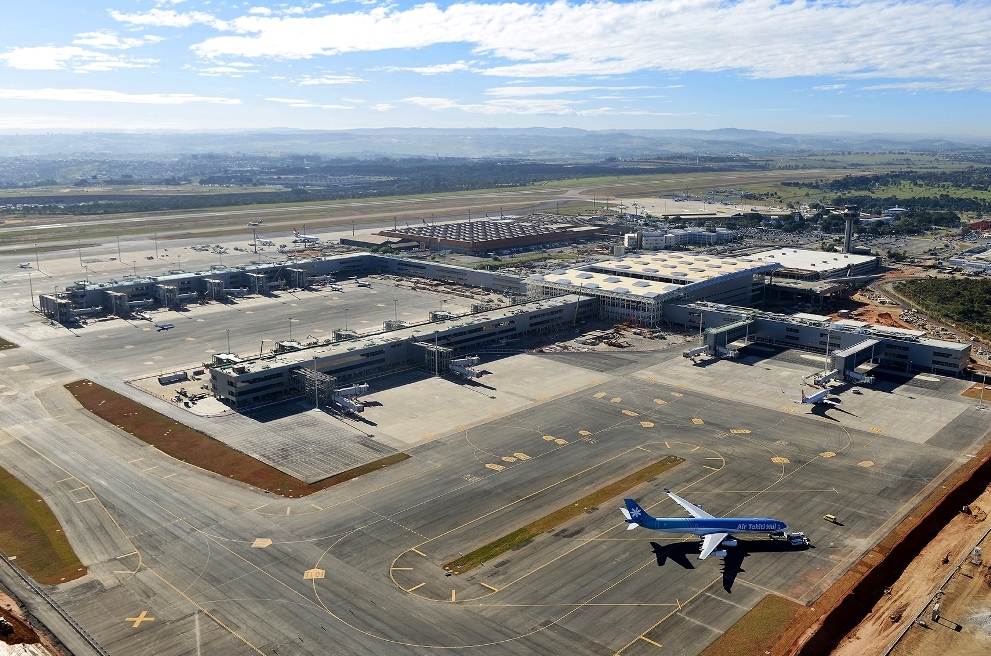 Viracopos is a growing airport which was upgraded for the 2014 World Cup and 2016 Summer Olympics. It is a large base for Azul Brazilian Airlines, and also has some international services. It is the main cargo airport for the São Paulo region with worldwide links and many freighters to see. Airlines include Atlas Air, Cargolux, Emirates SkyCargo, Ethiopian Cargo, LATAM Cargo, Lufthansa Cargo, Qatar Airways Cargo and UPS Airlines.

There are two good spots for photographing aircraft approaching runway 33 alongside the Santos Dumont highway, but you need a car to get here. Alternatively, the food court inside the terminal is a good place to watch aircraft movements. 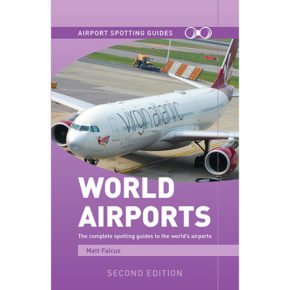 I have been lucky enough to do some exciting spotting at Santiago, Lima, Cusco, La Paz, Bogota and Cartagena, over the past few years.
B727s and AN 24s at BOG and beautiful piston prop DC4/DC-6 and C-46s at La Paz.