Diogo Monteiro looks back at an often forgotten hijacking in Brazil which is thought to have inspired the September 11, 2001 Al-Qaeda attacks in the United States.

The year of 1988 was marked by several events at world level: George. H. W. Bush has become the White House’s new tenant, Aryton Senna is the first Formula 1 World Champion at the Japanese Grand Prix and the world cries as Pan Am Flight 103 crashes over Lockerbie in Scotland 3 days before Christmas.

In Brazil, on the eve of a new Constitution being promulgated in October 1988, the country was experiencing great social turmoil.

These were the bases for the VASP flight 375 to have been registered in the Brazilian aviation memory. Although not well known worldwide, VASP Flight 375 went down in history as the prelude and warning of what would unfold 13 years later on the sad morning of September 11, 2001 in New York. This is the story of the VASP 375 flight and how Brazil managed to prevent a tragic event in September 1988.

Raimundo Nonato was a 28-year-old Brazilian who lived in the interior of the State of Para. He was unemployed and came from a poor family, having a very reserved and vice-free lifestyle. In the late 1980s, Brazil was facing a serious social and economic crisis, aggravated by inflation of 400% per year and high unemployment rates. For Raimundo Nonato, the culprit in this serious situation was the then President of the Brazilian Republic, José Sarney. As such, Raimundo decided to punish José Sarney by launching a plane against the Planalto Palace, in Brasília, the seat of the Federal Government of Brazil.

In 1988, in some remote airports in the immense Brazilian interior, there was no baggage check and the proper security protocols were not applied. Raimundo was aware of this breach of security and thus carried out his hijack plan on September 29, 1998, boarding VASP flight VP375 in the leg between Belo Horizonte (CNF) to Rio de Janeiro (GIG) carrying a luggage in his bag. caliber 32 revolver. The flight operated by Boeing 737-317, PP-SNT* took off from Belo Horizonte-
Confins Airport At 10:52 AM, about 20 minutes after take-off and already inside Rio de Janeiro’s airspace, Raimundo gets up from his seat and announces the hijacking of the flight: he goes to the cockpit door (which at the time was not armored) with his revolver and tries to open it.

The flight attendant, Ronaldo Dias, notices Raimundo’s behavior and approaches him. This states that he wants to enter the cockpit and whale Ronaldo Dias, having the bullet grazed his ear.

With the crew member stunned by the shot, Raimundo fires several shots at the cockpit door with the intention of opening it. One of these hits the leg of Gilberto Renhe (an extra crew member who was in the cockpit) and the other hits a panel in the cockpit of the Boeing 737. Salvador Evangelista, flight co-pilot when noticing the shots and realizing that someone wants to get into the cockpit, warns the Captain Fernando Murilo de Lima e Silva, who authorizes the opening of
the door with the aim of stopping the shooting.

At this moment, Raimundo Nonato enters the cockpit and tells the pilots that he wants to divert to Brasília. Captain Murilo Lima, taking advantage of the confusion that was created in the cockpit, was able to insert, without the hijacker noticing, the squawk 7500 (which, in aeronautical language, indicates illicit interference).

While trying to respond to the response of CINDACTA (Integrated Center for Air Defense and Air Traffic Control) by radio, co-pilot Salvador Evangelista was shot in the back of the head by the hijacker and died. Next, Raimundo pointed the revolver at Commander Murilo and again demanded that the aircraft be diverted immediately to Brasília.

Captain Murilo, seeing death so close, began a risky process of convincing him in the search for an unlikely solution: he flew over a cloudy area and said it was impossible to see the Planalto Palace and start approaching Brasília with those clouds and that with that amount of fuel it was not possible to reach the Federal District. During this, President Sarney was advised of the intention of the hijacking and with this, he canceled his entire schedule for that day.

After some dialogue, Raimundo ended up giving up on the idea of shooting down the Boeing 737 at the Planalto Palace, but he continued not to allow Commander Murilo to land the plane, which was almost out of fuel at Brasília Airport and at the Anápolis Air Base. Commander Murilo suggested a landing in Goiânia, where he flew while arguing with Raimundo. The flight continued to Goiânia, however, the Brazilian Air Force decided to send a Mirage III from Anápolis Air Base to intercept VASP’s 737 and monitor the flight, piloted by Lieutenant Walter Ricardo Gallette.

Halfway through the journey, Raimundo would have decided to change course and take the Boeing to São Paulo, but he was warned by Captain Murilo that there was no fuel to do so. Seconds later one of the plane’s engines began to fail. As the hijacker remained adamant and made constant threats, Captain Murilo turned off the autopilot and performed a “fast tonneau”, an acrobatic maneuver never before performed with an airplane of that size, full of passengers with the intention of unbalancing the hijacker and landing it asap. 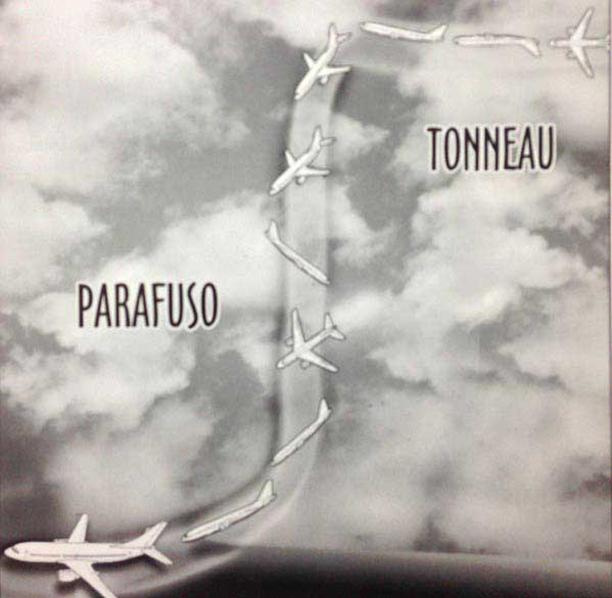 The idea of making a tonneau, an acrobatic maneuver in which the plane turns around its axis, was aimed at unbalancing Raimundo and taking his weapon from him. It didn’t went as planned, but not giving up, Captain Fernando Murilo performed another very risky maneuver for a Boeing 737: a spin dive. The strategy worked and Raimundo ended up flying away from the cockpit, but as soon as the plane stabilized, Raimundo managed to stand up and take up the gun again.
Landing in Goiânia, at Santa Genoveva International Airport, was at 1:45 PM, with no fuel. On land, the hijacking and the negotiations continued for several hours.

Without surrendering, Raimundo Nonato continued with the hijacking of VP375 on ground. At this point, the 737 was already surrounded by Army and Federal Police officers. Captain Fernando Murilo proposed to Raimundo that he demand a smaller plane, but with enough fuel for him to proceed with his plan. Raimundo accepted, but with one condition: that Captain Fernando was the pilot.

Agreeing to exchange his life for the 103 passengers, Captain Fernando patiently waited with Raimundo for another 5 hours until the Brazilian Air Force placed an Embraer EMB-110 “Bandeirante” that would meet the hijacker’s demands. When he left, also taking Captain Fernando Murilo as a human shield, a Federal Police sniper hit him with three shots. Raimundo
falls, but still shot Captain Murilo in the leg, who managed to run to a shelter. It was already 7PM at the time of these events. This is where the operation ended.

After being admitted to hospitals in Goiânia, all the wounded were treated and did not run the risk of dying.
Also taken to hospital, the kidnapper Raimundo Nonato died a few days later, victim of sickle cell anemia, unrelated to the shooting, according to the coroner Fortunato Badan Palhares. At the time, the kidnapper’s unexpected death sparked speculation that he had been killed with a lethal injection given by the police themselves.

After saving the lives of 104 people, Captain Fernando Murilo de Lima e Silva was considered a national hero and then awarded the Aeronautical Order of Merit and the Santos Dumont Medal of Merit in 2001. However, the main target of the attack, the President of the Republic José Sarney, never addressed him a word or even a phone call.

More than two decades after the events of VP375, the daughter of co-pilot Salvador Evangelista revealed that she has never received any compensation from Infraero (the company responsible for managing the main airports in Brazil), and that the case remains in the Brazilian courts. The same requests compensation for failure to inspect luggage at Belo Horizonte-Confins Airport.

An Inspiration to Al-Qaeda? 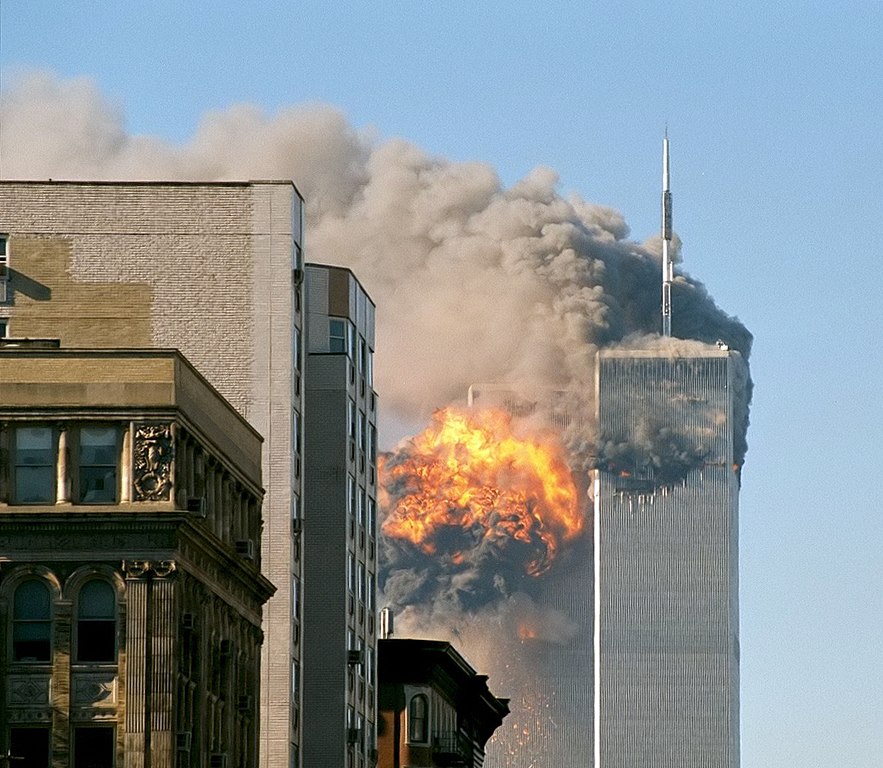 After the Sept. 11, 2001, attacks, the CIA reported that Al-Qaeda relied on and inspired the VP375 case to delineate and outline the plan for the New York attacks. It also concluded that if world airport security had been strengthened due to this serious (and unheard of) event, the attacks of September 11, 2001, probably would not have happened. 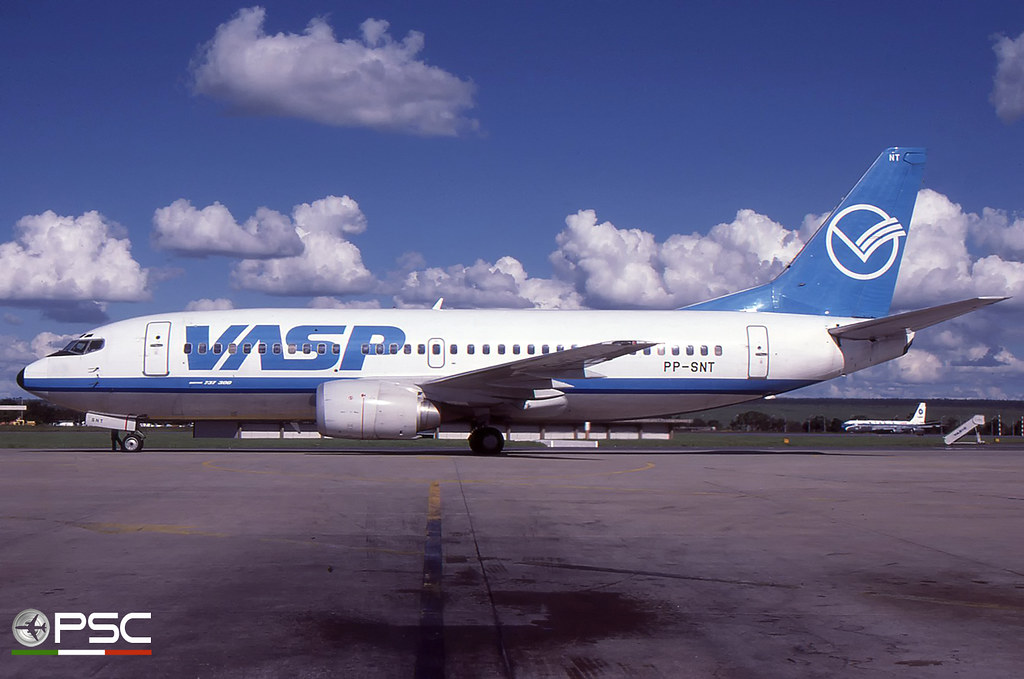 PP-SNT was a Boeing 737-317 with MSN 23176 and Line Number 1213 that was delivered by Boeing to CP Air in April 1986. It went to VASP in December 1986. During the VP375, the plane was damaged in the stabilizer due to to the effort caused by the evasive maneuvers carried out by Captain Murilo to stun Raimundo Nonato. It was repaired and then returned to service.

In December 1992, it received the PT-WBF registration, passing to Guinness Peat Aviation (GPA). It was re-registered again as EI-CHD and began flying for Morris Air Service in April 1993. It ended its career with Southwest Airlines in 2013 as N698SW and has since been scrapped.