Throughout the history of aviation there have been many different airliners emerge, each offering something new or different to airlines and passengers.

Often, when a new airliner is groundbreaking in some way, it struggles to capture the market since the technology is too new or unproven. It is only later that the second or third provider of such technology seems to capture significant orders.

In this article we’ll look at some of the underdogs, or airliners nobody really paid attention to, despite being quite good at what they did! 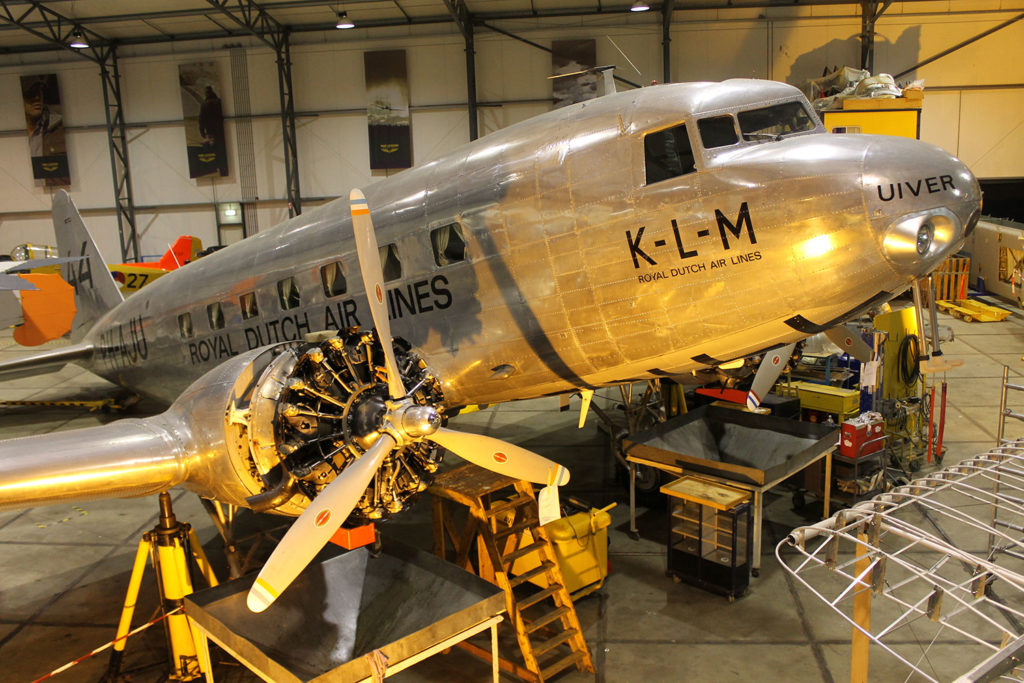 The early days of air travel saw new types crop up from many different manufacturers. With air travel still being quite new, and wartime aircraft still dominating airline fleets, there was still little comfort or capability in the airliners of the day.

Boeing had come up with the 247, which had revolutionised passenger comfort and economies for airlines.

Douglas, wanting to break into the huge demand, set its designers to work and came up with the DC-2. 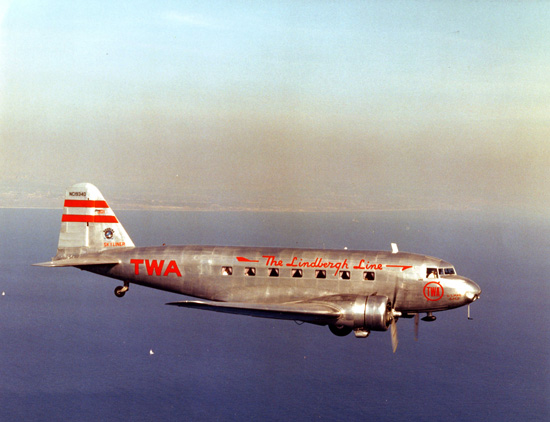 This oft-forgotten type was the precursor to the world-beating DC-3 and in many ways looked the same. It was slightly smaller, with lower capacity, but was quickly taken up by airlines like TWA and KLM, and changed their fortunes.

While only 198 were built, it was the design that was later tweaked to become the DC-3. 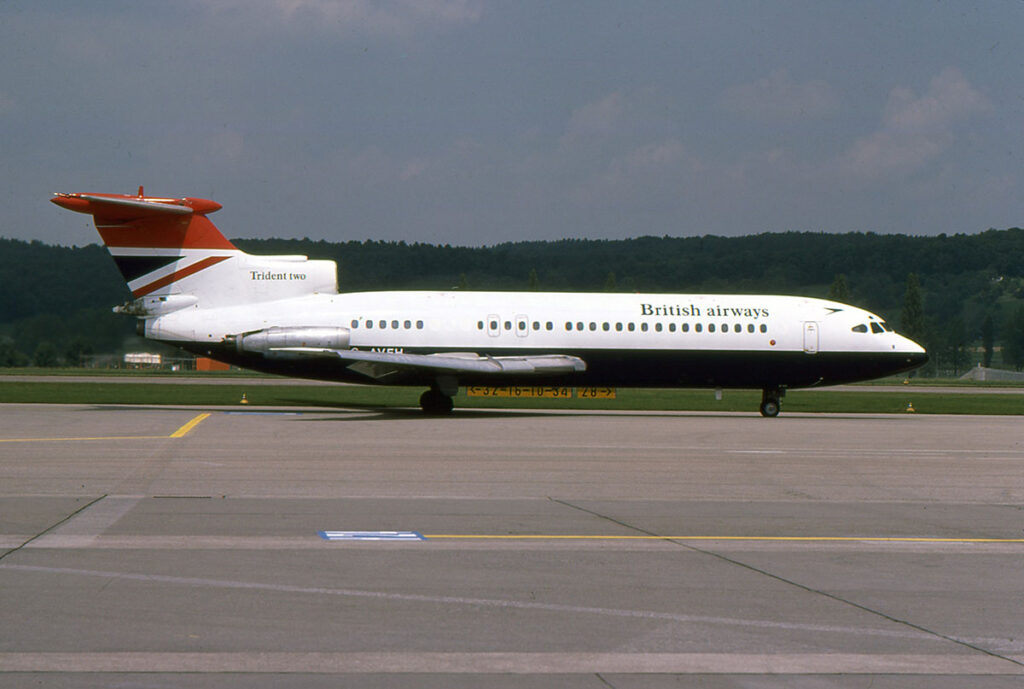 In the late 1950s, de Havilland began working on a design for a follow-up jetliner to the Comet (the first passenger jet airliner).

As was common in those days, British aircraft manufacturers worked to briefs given by the government to suit the needs of the national airlines (British European Airways and British Overseas Airways Corporation), and not what the manufacturer might deem necessary for the global market.

The result was the DH.121 Trident – which soon became the HS.121 as de Havilland was merged into Hawker Siddeley.

This airliner was the first true T-tail design (the Caravelle was similar, and the DC-9 came soon after). It was also the first to incorporate three jet engines, with one using an innovative S-duct in the tailplane.

The Trident introduced many new technologies, including complete Autoland systems to allow it to land in zero visibility.

However, the remit to work to BEA’s specifications and not the wider market meant orders were slow. Only 26 were ordered, and a few more of a slightly enhanced export model.

Meanwhile Boeing was inspired by the Trident’s design and came up with the 727. Being slightly larger, better powered, and with greater range, meant airline orders flooded in.

Hawker Siddeley tried to catch up, with the Trident 2 and 3 models each offering greater capacity and range, but in the end only 117 Tridents were sold in total. 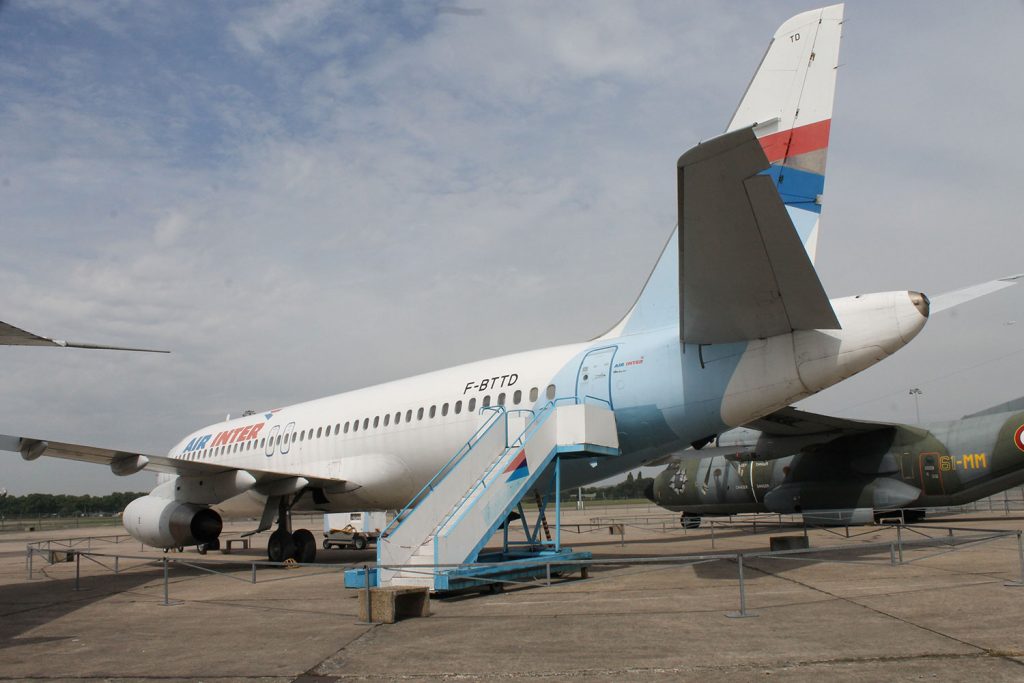 If you look at the Dassault Mercure today, you might be forgiven for thinking it is an Embraer E-Jet or Boeing 737 variant.

However, this airliner was actually a product of the 1960s which came before the world’s airlines were ready for an airliner like this.

Like the 737, which was about to take the world by storm, the Mercure featured engines slung under its wings and a capacity of 162 passengers, putting it on a par with the later Airbus A320 and Boeing 737 NG models.

However, its downfall was perhaps poor marketing and poor performance, with a short range meaning it was only really useful for short domestic or regional flights. In comparison, the 737 (and the 727, Douglas DC-9 and BAC One-Eleven) were all capable of more. 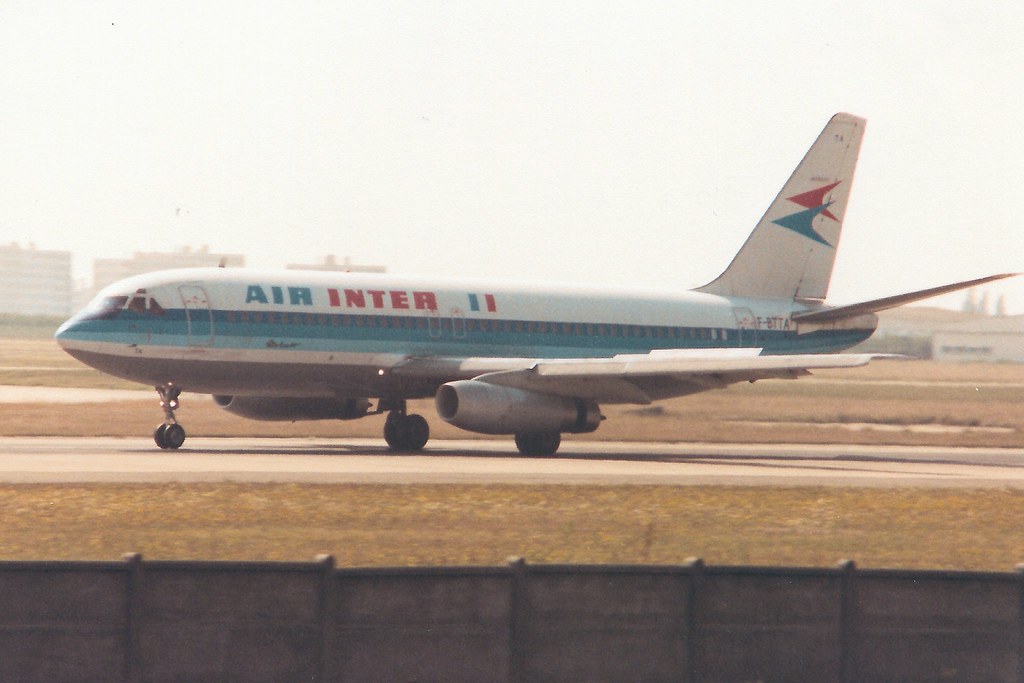 As a result, only one airline ordered the Dassault Mercure – Air Inter, which flew mostly domestic flights within France. Only 12 Mercures were built.

There are a couple of preserved Mercures – one at the Air & Space Museum at Paris Le Bourget, and one at Sinsheim Auto & Technik Museum in Germany 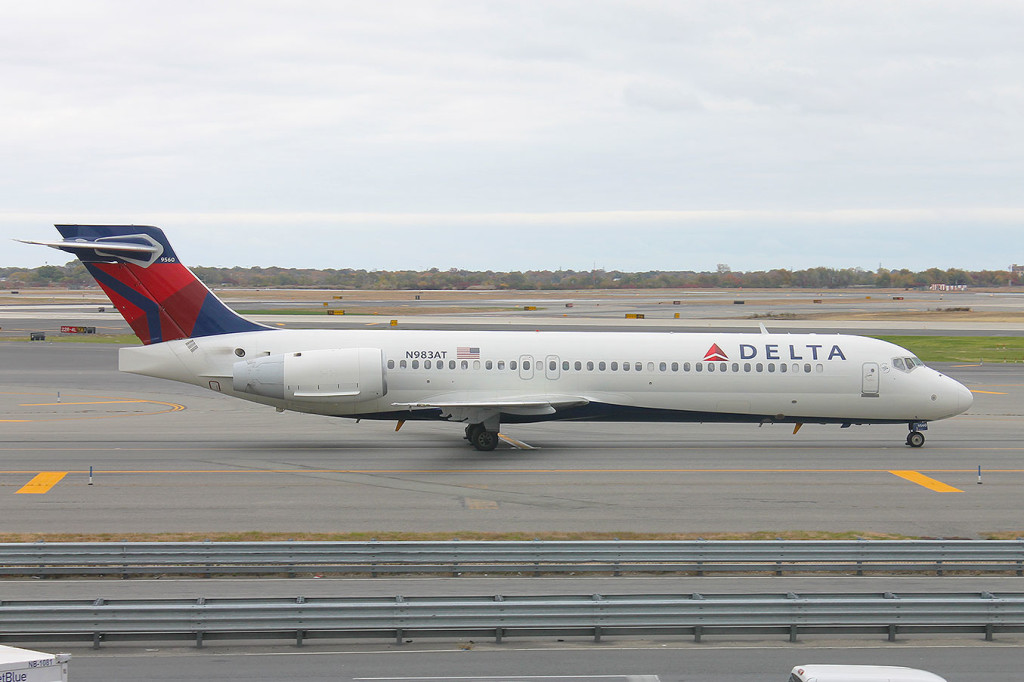 When Boeing merged with McDonnell Douglas in 1997 it inherited the near complete work the latter had been doing on developing the MD-95 airliner.

This followed in the footsteps of the MD-80 and MD-90 series of aircraft, which in turn followed the successful DC-9.

In fact, the MD-95 was very similar in size and design to the DC-9.

Boeing continued work on the type, re-designating it the 717 to match its own product line. It first flew in 1998 and entered service with AirTran Airways the next year. 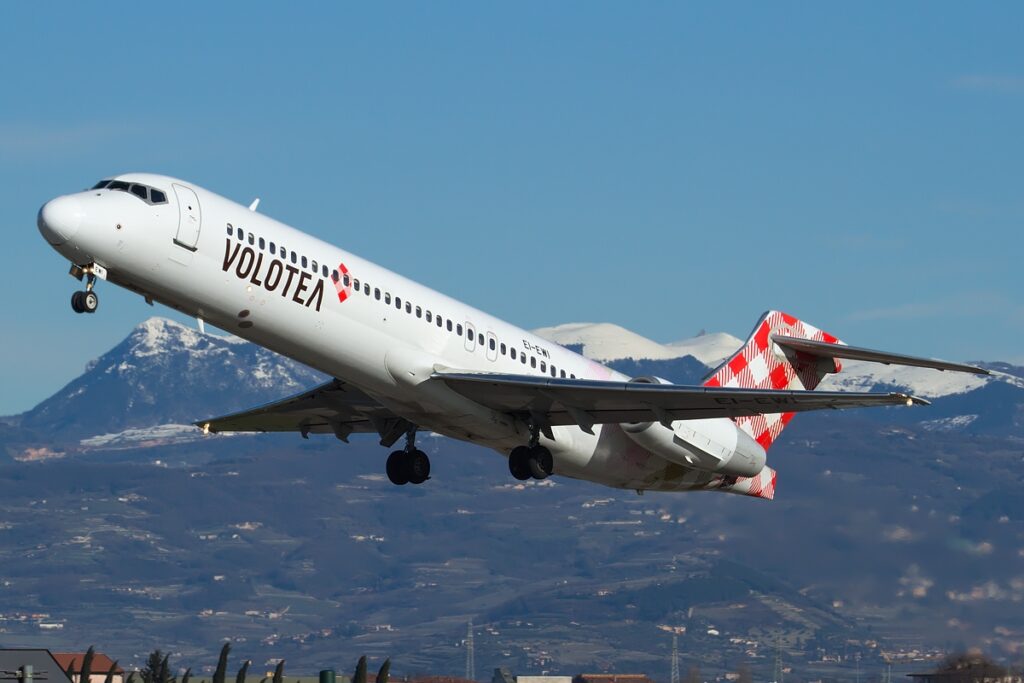 However, orders were relatively slow, with only 156 Boeing 717s built. It could be argued that Boeing were more interested in promoting their own in-house models like the 737NG which had similar capabilities and well-established production lines in Seattle. 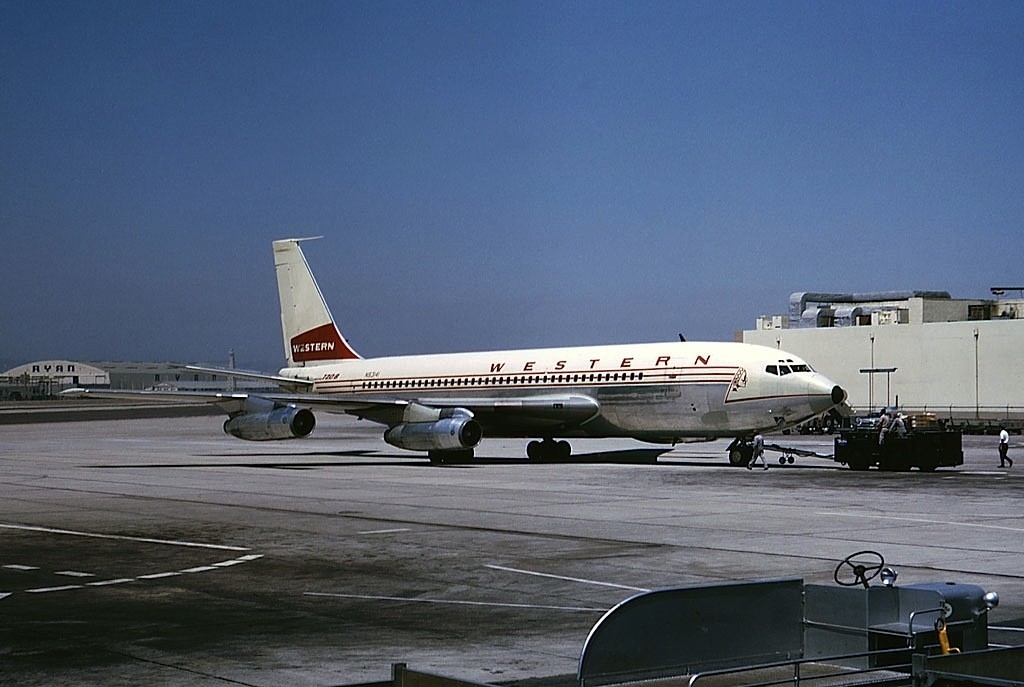 With the success of the Boeing 707 riding high, Boeing was looking to capture the entire market.

It had already produced or proposed different models of the 707 with greater capacity and range. 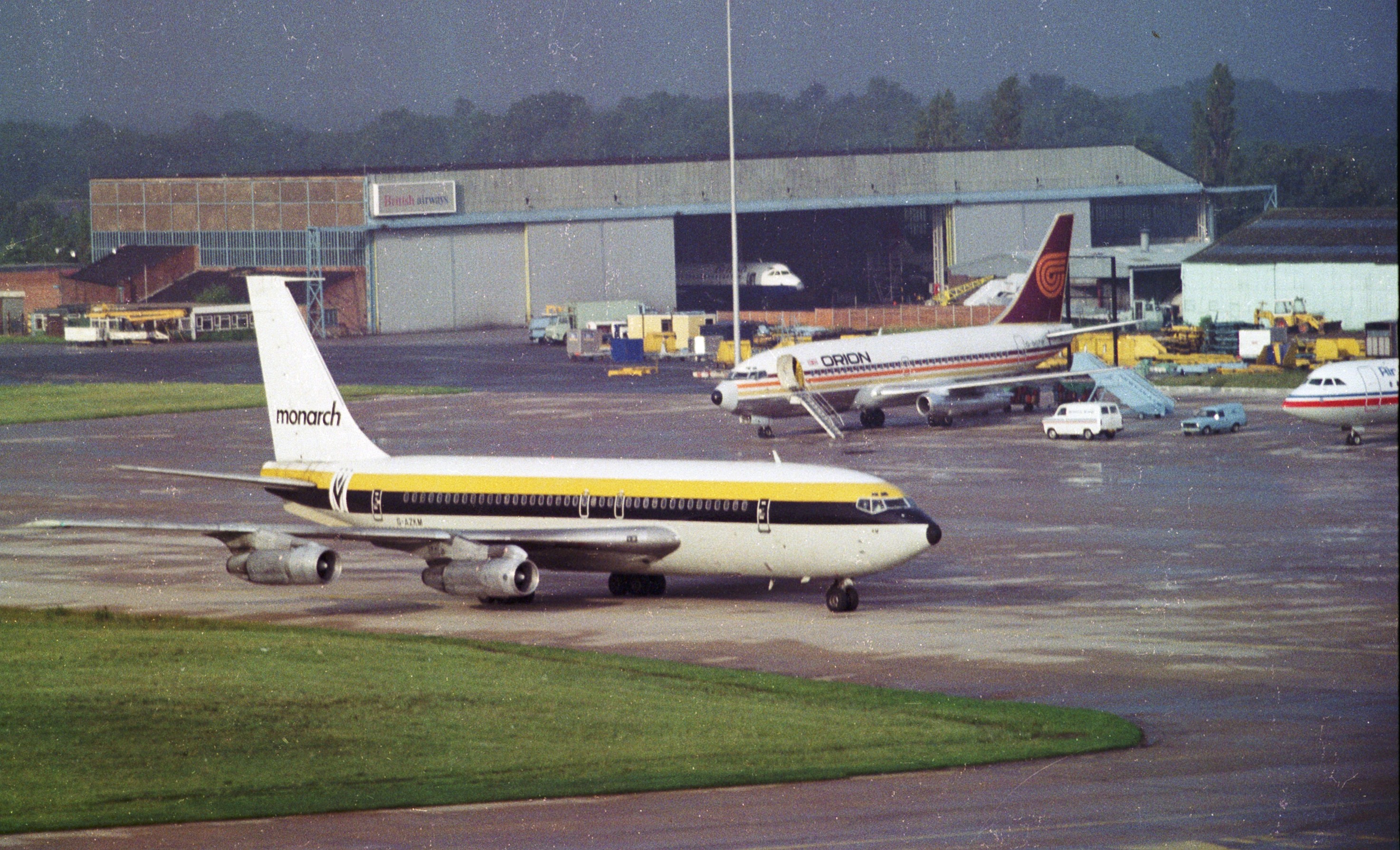 It next proposed the Boeing 720 – a variant of the 707 with a shorter fuselage and range, more suitable to the regional market, yet offering familiarity in terms of its cockpit layout and technical aspects, which would allow 707 operators to save money.

The 720 was a well-liked airliner, but sales were relatively low. Only 154 were built. 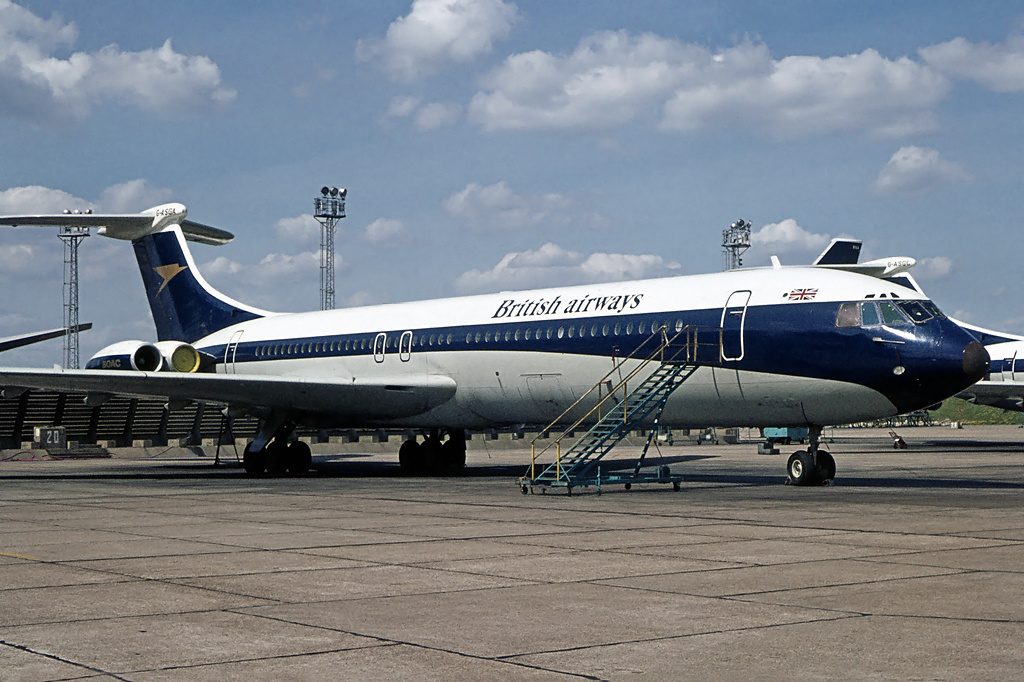 Like the Trident, the VC10 was a result of the British Government putting forward a requirement for a new airliner, built in Britain, to fulfil a particular market.

In this case, it was to provide long-haul capabilities to its national airline BOAC, and the ability to operate from some of the more primitive airports in outposts of the British Empire – so called ‘hot and high’ destinations, which often were at higher altitude with shorter runways.

Any sales to other carriers would be a welcome bonus.

The result, produced by Vickers, was the VC10 which saw a large T-tail and four rear-mounted engines. This left the wings clean for extra performance, and meant the cabin would be remarkably quiet. 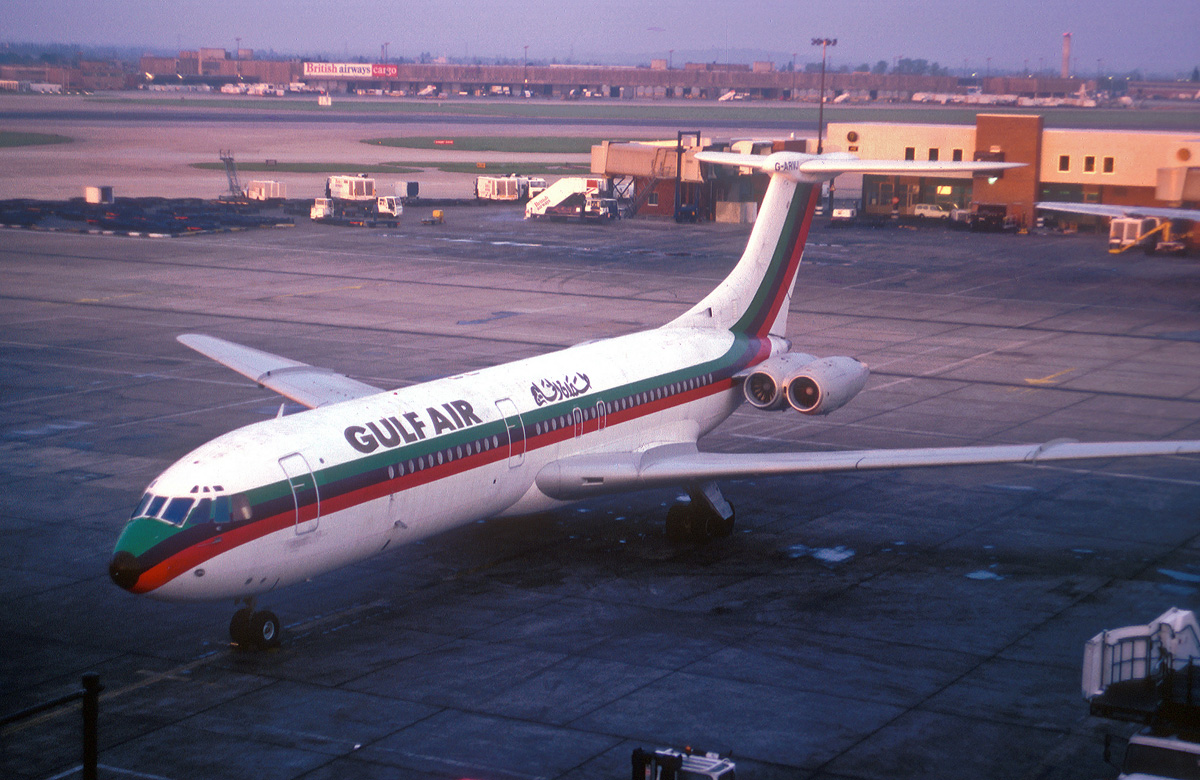 All of the capabilities of the airliner were as planned, and it really was a well-liked aircraft among crews and passengers.

However, Boeing with its 707 and Douglas with the DC-8 were managing to acquire many more customers around the world and compete on costs, leaving the VC10 to languish.

Airports were being upgraded rapidly with longer runways. As a result, the VC10s unique selling points were no longer as important.

In the end only 54 VC10 (and the later Super VC10 with greater capacity) were built, and only a few airlines operated them.

They would go on to have a long life operating as tankers and troop transports for the Royal Air Force, however. 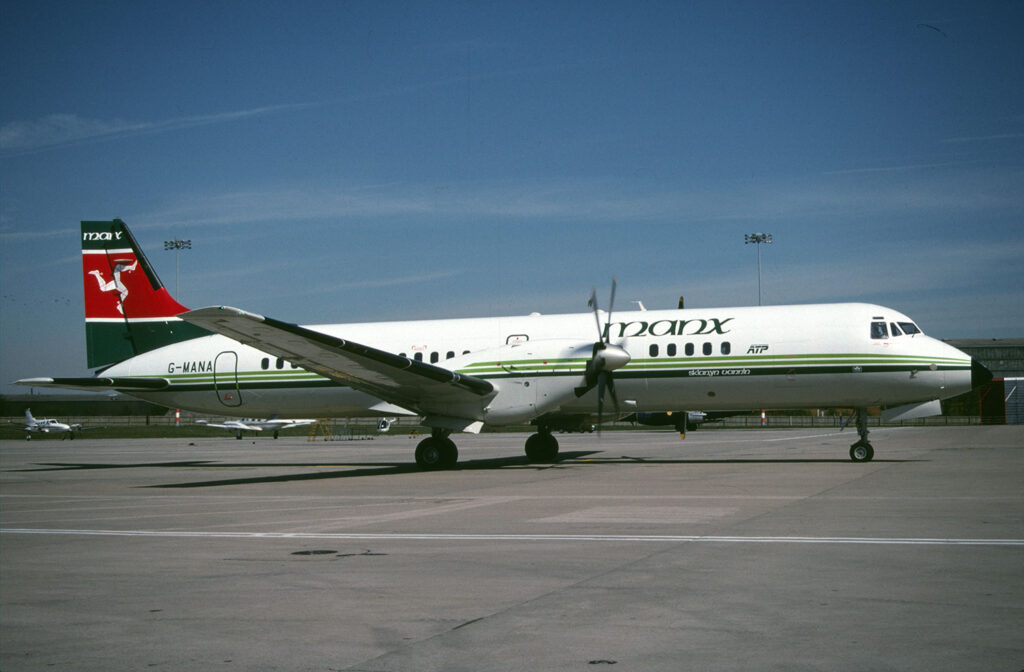 One of the few British airliner success stories was the Hawker Siddeley HS.748 (later the BAe 748), which was a turboprop airliner with good capabilities. It flew with airlines around the world, operating admirably both in busy hub airports and remote landing strips, and provided good passenger or cargo capabilities.

A natural succession to this was planned in the 1980s, with British Airways choosing to extend the fuselage and upgrade the technology of the 748 to produce the ATP, or Advanced Turbo Prop.

Like many of these underdog airliners, everything about the ATP was well-designed and capable. But it simply failed to garner much attention, and only 65 were sold.

The ones that did fly enjoyed good passenger comfort and reliability, and enjoyed flying regional routes in Europe, Asia and North America, until the early 2000s when numbers were dwindling, replaced by modern regional jets.

The ATP has enjoyed a second life as a freighter, with some examples still flying as such today. However, passenger examples are now all gone. 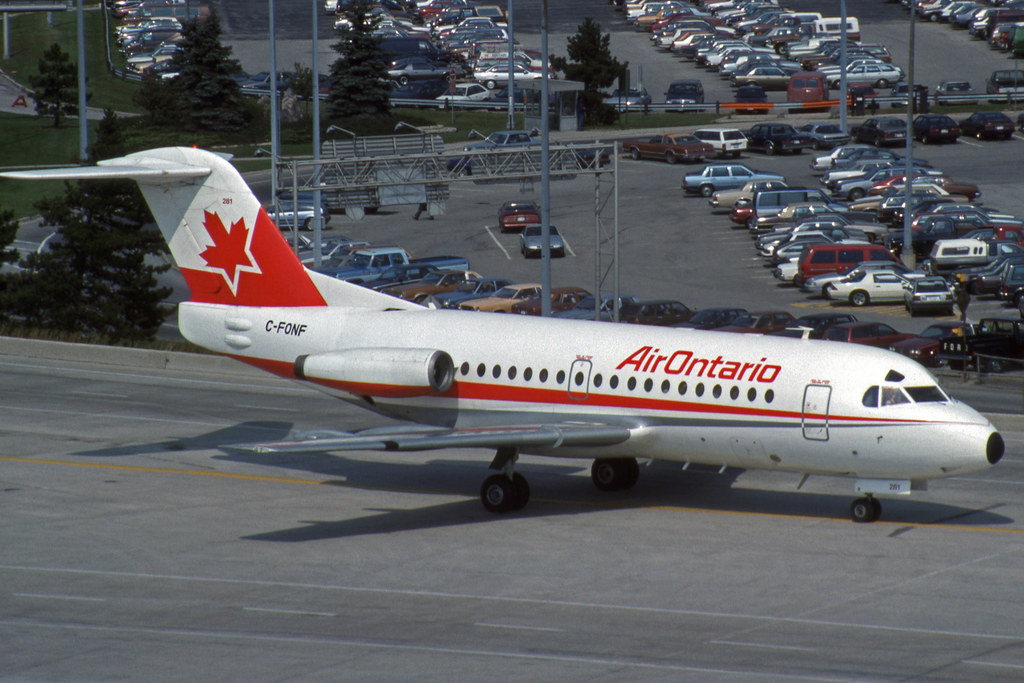 Fokker came to the market with its first jet airliner in the 1970s. The F78 “Fellowship” was a follow-up to its F27 “Friendship” turboprop, utilising the manufacturer’s long heritage of designing aircraft.

The type was one of the first regional jets, and came at a time when airlines still preferred turboprop aircraft on such routes. As a result, sales were sluggish.

Other variants of the F28 were produced, with greater capacity and range, but ultimately production ended in 1987.

However, there is a swansong as by the time F28 production was ending, Fokker was working on follow-up models – the F70 and F100, which came at a time when airlines did want regional jets. These quieter, cheaper aircraft enjoyed much more success and built on the heritage of the F28, of which only a handful are still flying around the world (and none in passenger service). 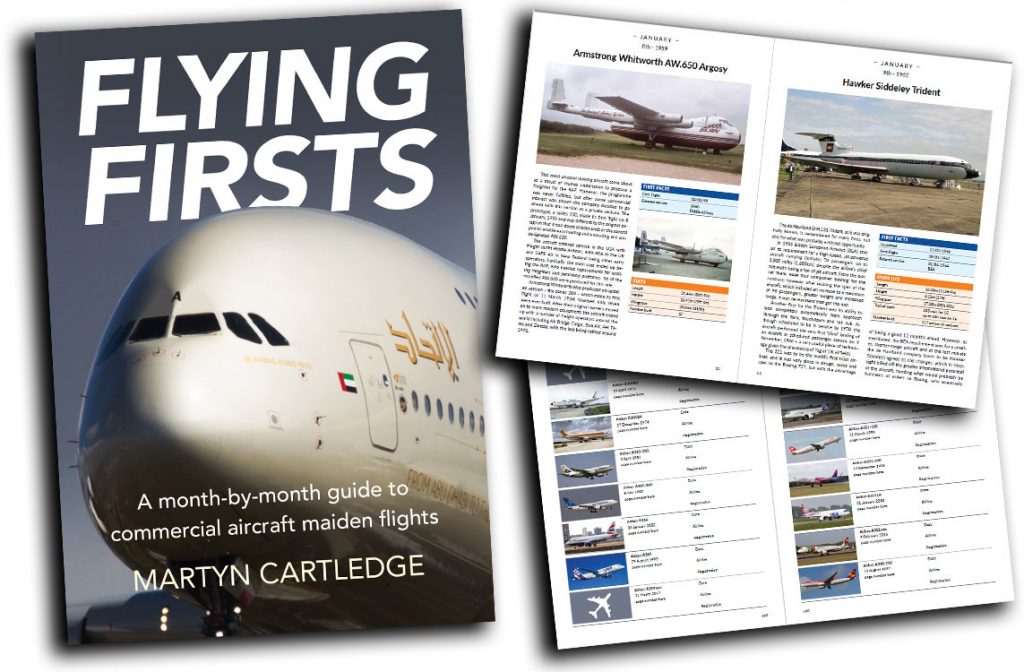 Flying Firsts is a comprehensive airliner reference guide book which is packed full of information on every airliner and variant produced since the 1940s.

In it you’ll learn important facts and dates, like first flights, as well as a history of the type and its achievements.

Plus, there are many amazing photographs for each type to illustrate the book. A great trip down memory lane and reference for the aviation enthusiast.

Hi Matt, amazingly I have flown on all these types except the Mercure and DC-2. As you correctly say, the Trident and VC-10 were so tightly tailored to BEA and BOAC’s specifications, they were not able to be produced for world wide use, although being superb aeroplanes.
With my airline job, I have been fortunate in having jump seat trips on them all, great times indeed.
Thank you for this edition, excellent.
We luckily have a DC-2 preserved in Melbourne .