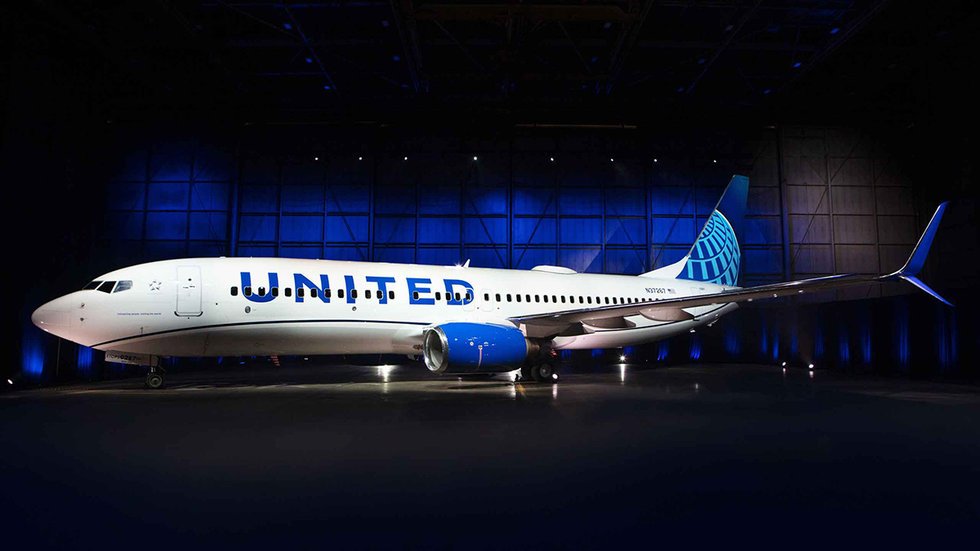 United Airlines has made a big reveal of its new livery and corporate branding at a ceremony today.

Sadly for them the livery was leaked a day before the reveal, with a first picture appearing on various websites – it is hard to keep something that large a secret, after all!

So, the new United livery is now a completely blue-and-white affair, ditching the gold that had remained from the Continental Airlines livery that was inherited when the two airlines merged in 2010.

It incorporates the existing swirling cheatline over a white body, as well as the globe logo on the tail, and now includes a grey underbelly and billboard-style UNITED titles.

Our next livery has been cleared for takeoff. Stay tuned right here for more from our celebration in Chicago tomorrow! pic.twitter.com/n4CJrAJERG

The first aircraft painted in the scheme is Boeing 737-824 N37267 (I wonder if a MAX was originally planned for the unveiling?).

What do you think? I’ve heard some compare it to Pan Am, and others complain that it is missing the gold. Leave a comment below. 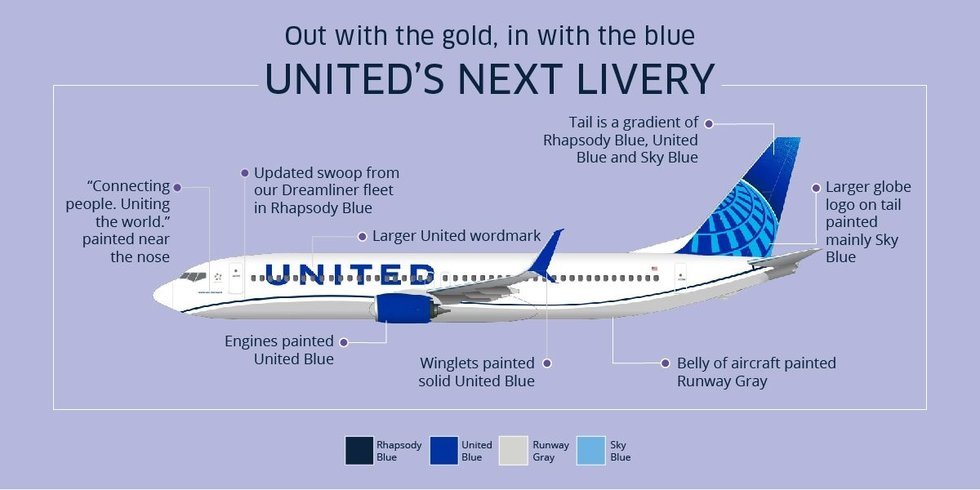 United’s Livery Through the Ages

Here are some of United’s previous colour schemes… 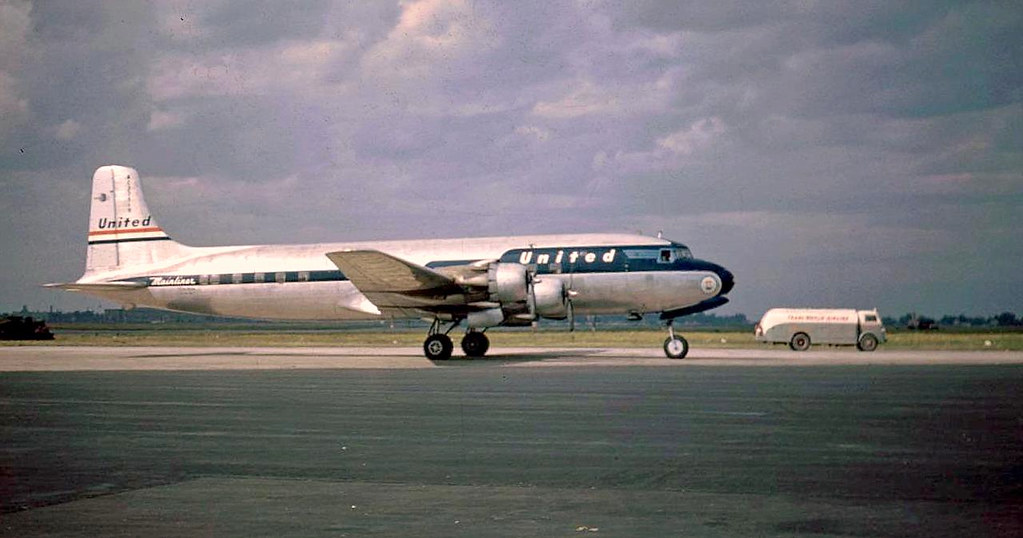 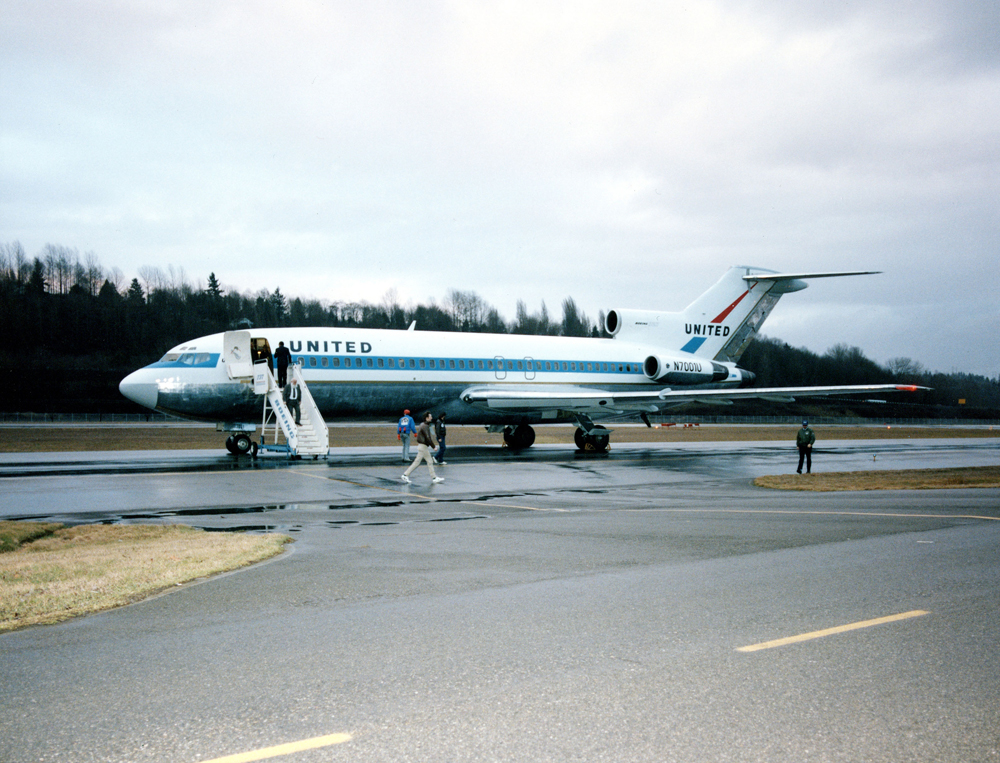 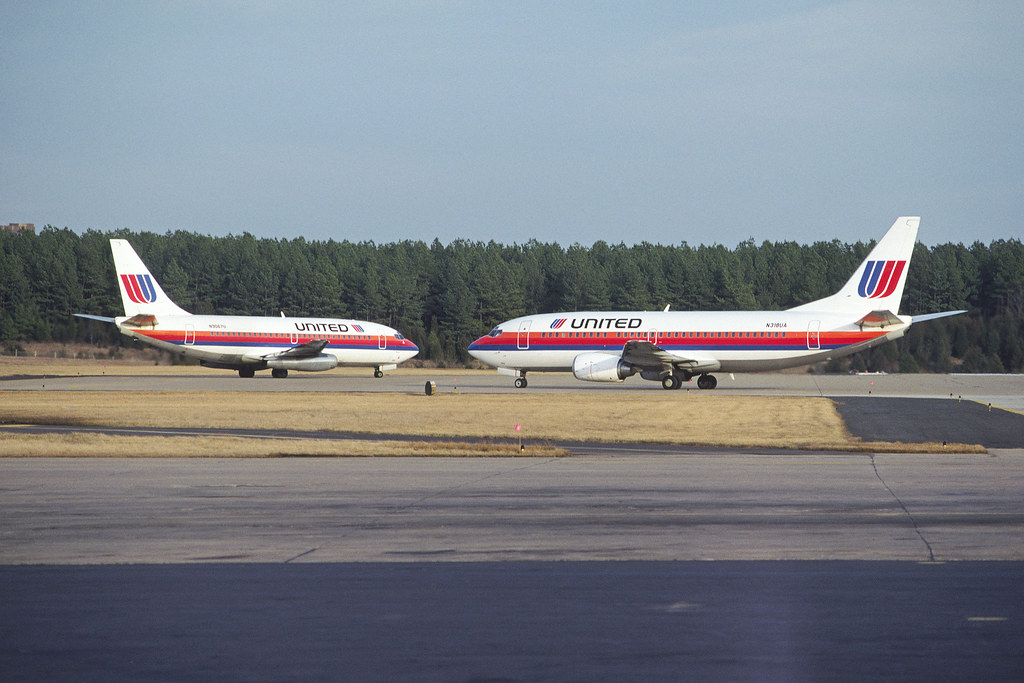 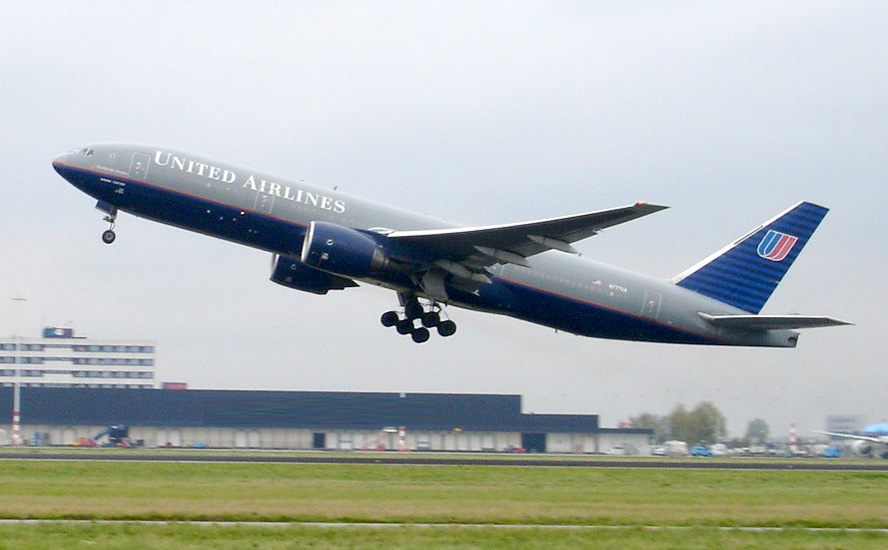 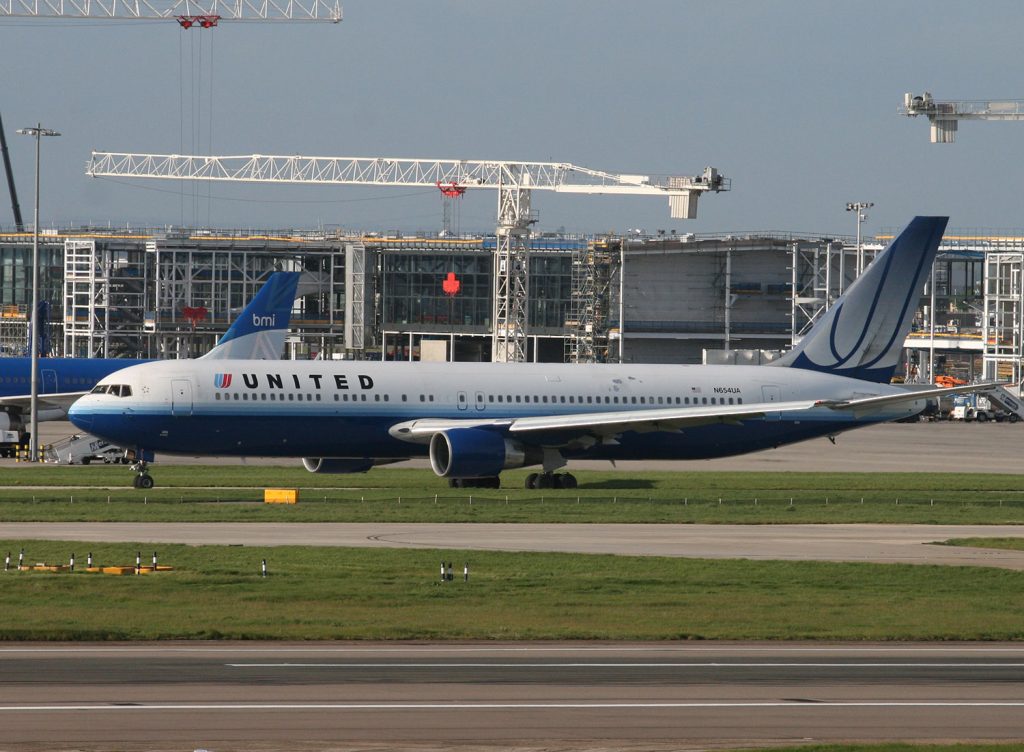 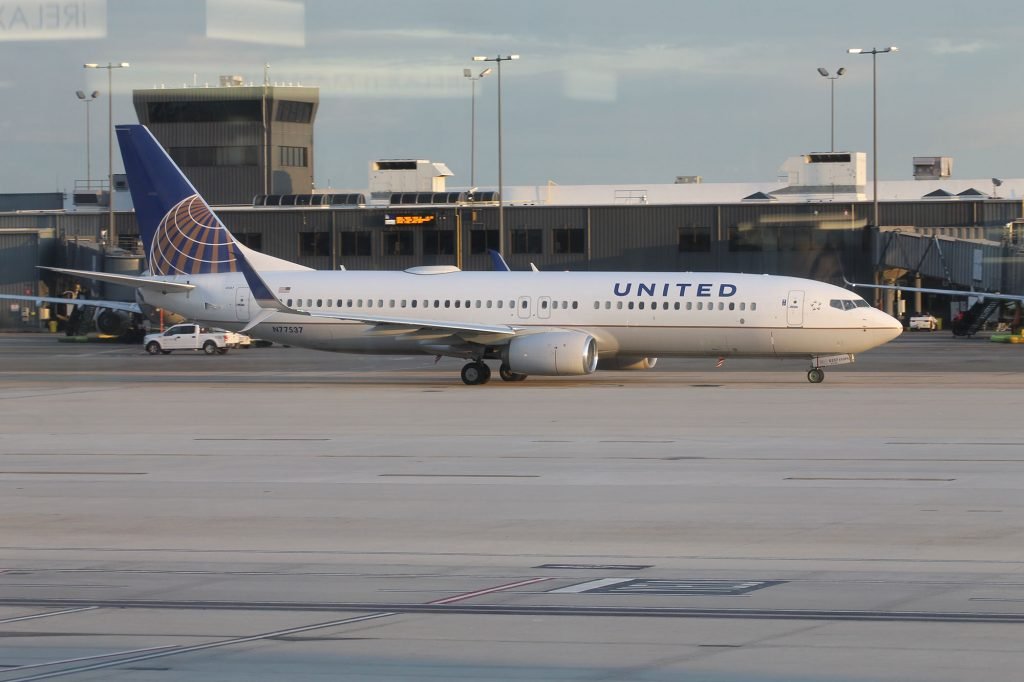 It’s an improvement. A whole lot better than Lufthansa’s which has polarised opinion.

[…] we previously reported, United Airlines has unveiled its new livery, to be rolled out across the fleet. First is Boeing […]