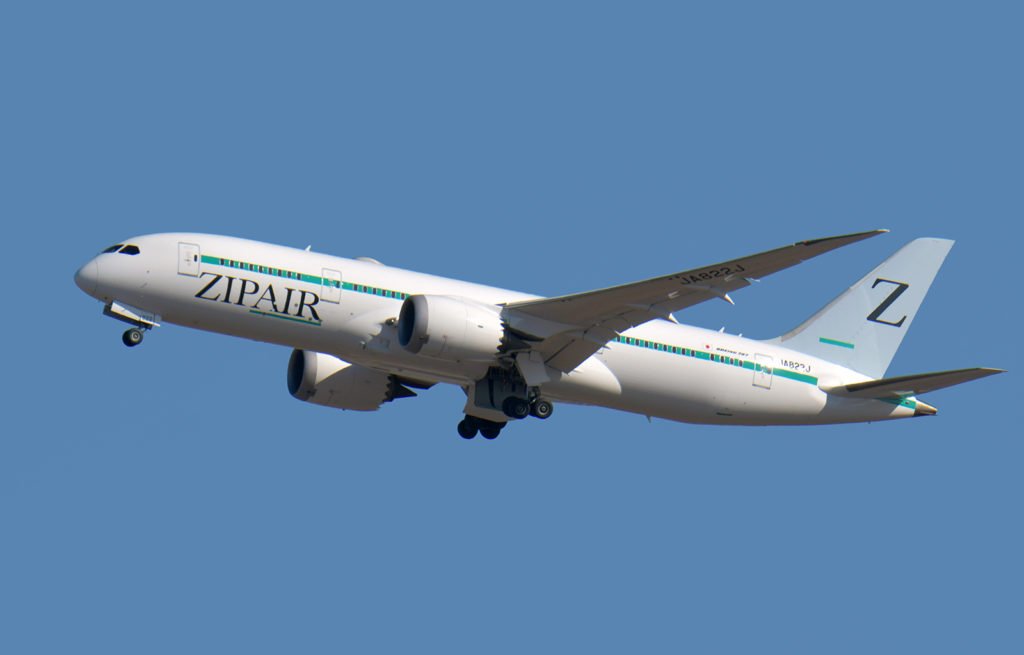 ZIPAIR is a new low-cost airline due to begin flying this year from Japan.

The airline has been set up by Japan Airlines and will operate some of its Boeing 787-8 Dreamliner aircraft in its own branding and livery on popular routes out of Tokyo Narita Airport.

The first destinations are set to be Bangkok Suvarnabhumi, starting in May, and Seoul Incheon, starting July.

The first aircraft is JA822J, with a second due to join the fleet. They are configured with 290 seats (18 business and 272 economy), which is much more generous than competitors like Scoot and Jetstar.