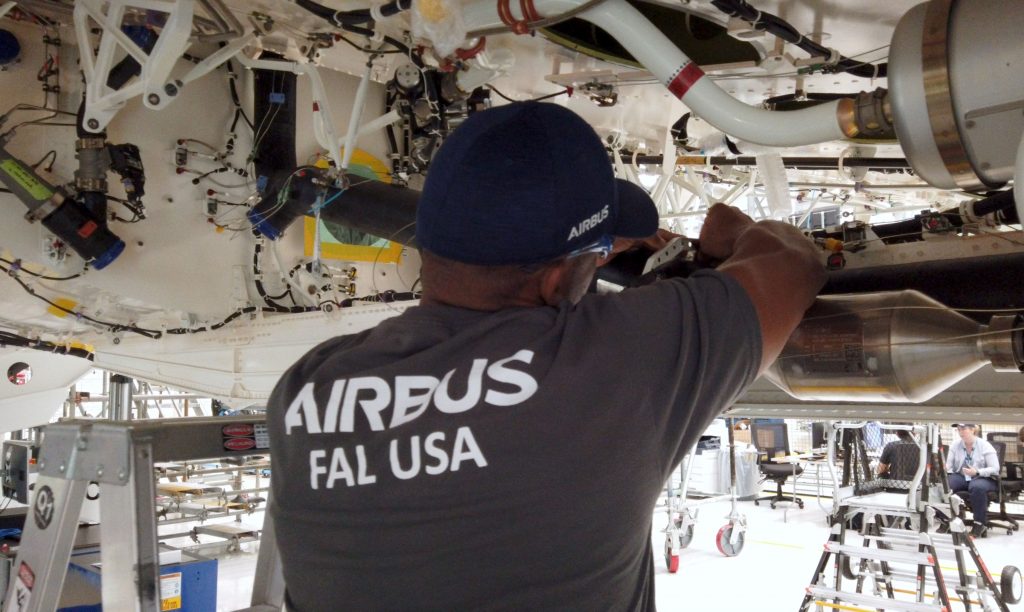 Following its acquisition of the Bombardier CSeries aircraft and its rebrand as the Airbus A220, production has continued in Montreal Mirabel, Canada.

However, Airbus has now officially begun manufacturing the A220 in the U.S. The first team of A220 production workers began work at Airbus’ Mobile, Alabama-based production facility following their recent return from on-the-job training in Mirabel, where the A220 programme and primary final assembly line are located.

Airbus announced plans for the addition of A220 manufacturing in Mobile in October 2017. Construction on the main A220 flowline hangar and other support buildings for the new A220 began at the Mobile Aeroplex at Brookley at the beginning of this year. Airbus is producing the first few aircraft within some current A320 Family buildings and newly-built support hangars. The first U.S.-made A220 – an A220-300 destined for Delta Air Lines – is scheduled for delivery in the third quarter of 2020. By the middle of the next decade, the facility will produce between 40 and 50 A220 aircraft per year.

The Airbus production line in Mobile is at the Downtown Airport on the shores of Mobile Bay, and not at the main Mobile Regional Airport. As well as the Airbus operation, this former military base is also a general aviation and cargo airport.

From our Airport Spotting Guides USA book, here are some tips on spotting Airbus and other aircraft at Mobile:

For a view across the field, and of any biz jets and other light aircraft, head for Signature Aviation’s car park at the southern end of Michigan Ave, accessed from I-10’s exit 23.

Also just off this exit is S Broad St, which runs to Aerospace Dr and then Airbus Way. If you don’t loiter, you can drive past the final assembly line and log any aircraft being prepared for delivery or testing.