Anyone taking a holiday from the UK in the 1970s, 80s or 90s will have been very familiar with Britannia Airways. In fact even today, some 16 years since the name disappeared, it still seems to be in the collective memory of many despite the carrier changing its name initially to Thomson Airways and more recently TUI.

As a young boy, one of my earliest memories of flying was with parents and some family friends on a Britannia Boeing 737-200 from Leeds Bradford to Malaga in the early 1980s. I remember the view over the wing, and the postcard I was given which showed the aircraft in flight.

A number of other trips were made on the airline before it became what it is today.

Graham M Simons, who will be familiar to many as an aviation author of many books, including histories of Dan-Air London, Autair/Court Line and Air Europe, has turned his hand to the history of this well known airline and leisure carrier in a new title from Pen & Sword, called Britannia Airways – The World’s Largest Holiday Airline.

Britannia was actually formed as Euravia in 1961, and it was built on the rising trend for charter flights to holiday destinations. Its founder was T E D Langton who had pioneered the travel operator Universal Sky Tours. 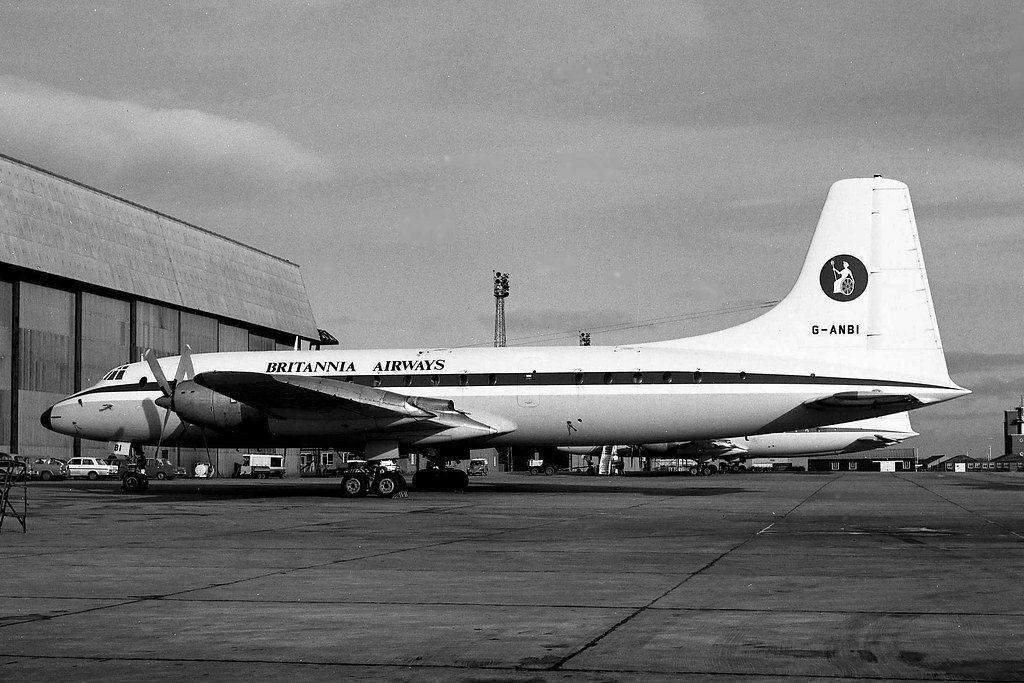 When the opportunity to buy Bristol Britannia turboprop aircraft arose, it led to a name change. The airline had also changed ownership. Britannia Airways was born, and it continued to go from strength to strength offering package tours across Europe. A tie-up with Thomson, led by Gordon Brunton and under the banner of companies owned by media magnate Roy Herbert Thomson, which eventually bought the airline to operate its inclusive tour flights. 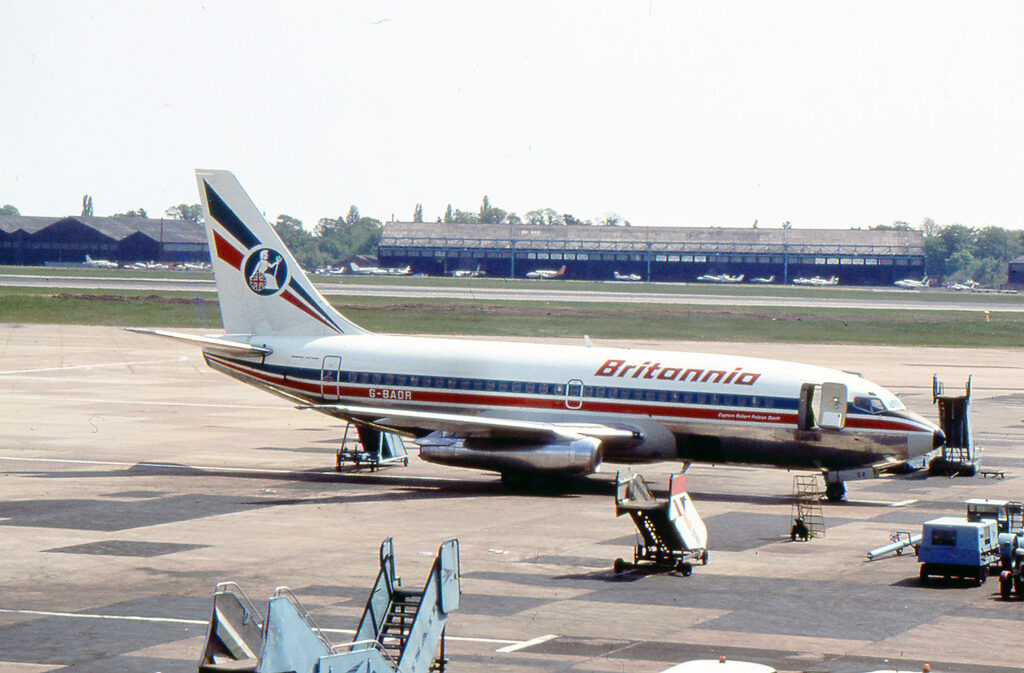 Britannia grew from its piston and turboprop beginnings to become the first airline in Britain to operate the Boeing 737-200 airliner. At a time when other charter operators were still flying ageing propeller aircraft, this was revolutionary and attracted all the right attention. It also was very cost effective, and set a trend for other airlines introducing jet types to the inclusive tour market.

Britannia went on to acquire Orion Airways, incorporating its Boeing 737-200s and -300s, and would later add a sizeable fleet of Boeing 757-200s. 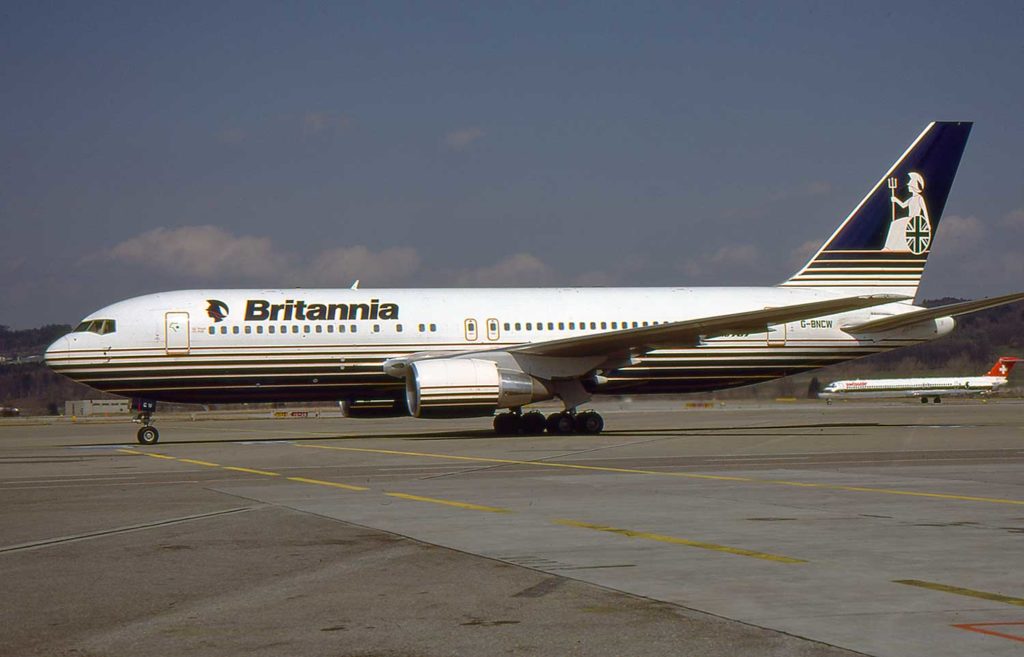 Towards the end of its life, it added Boeing 737-800s, as well as leased aircraft like the Airbus A320 when capacity was needed.

Changes of Name and Branding 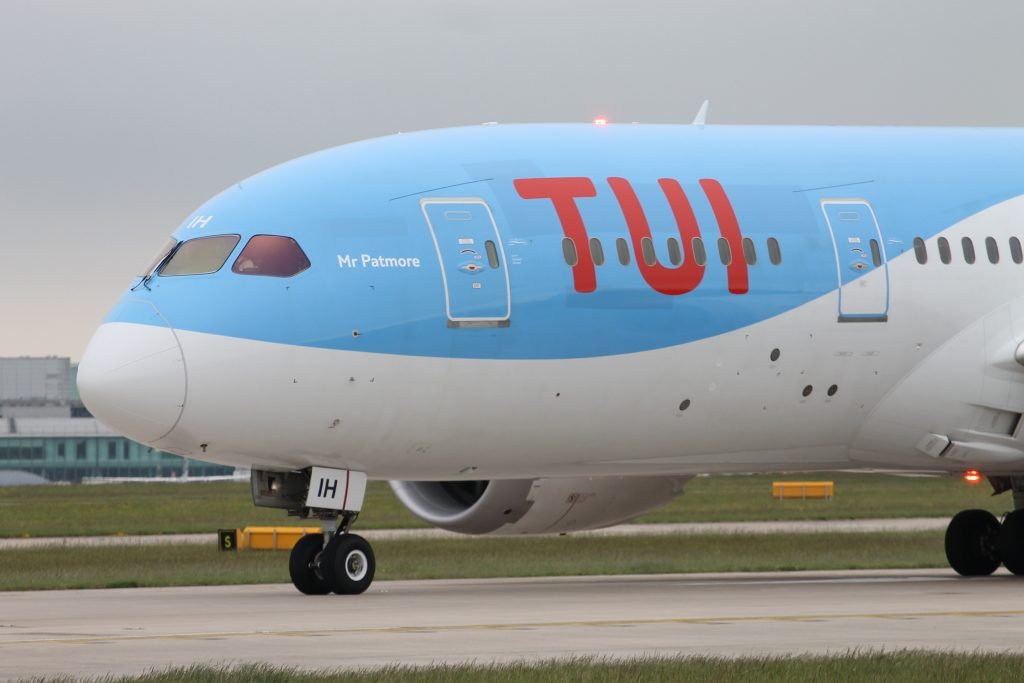 Thomson Travel Group and Britannia Airways were acquired by German company TUI in 2000. The Britannia name disappeared forever, with Thomson Airways becoming the new name and a blue and red livery in keeping with other TUI carriers replacing the familiar white with navy blue stripes.

A low-cost airline, ThomsonFly, was launched with Boeing 737-300 and -500 aircraft, but this was eventually closed.

In recent years the airline’s name has been changed to TUI matching its European counterparts. The airline today has a modern fleet of Boeing 737-800, 787 and 737 MAX awaiting return to flight. 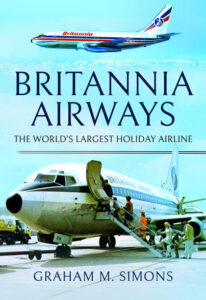 This hard-back book is some 288 pages in length, and covers the whole history of Britannia from its 1961 founding up to the present day.

The author has expertly recreated the story through 14 chapters which cover not only the aviation aspect – the aircraft, routes, operations and finer details – but also the human stories, including the crews and staff who were behind Britannia Airways.

The enthusiast will delight in the details included, such as a complete fleet listing in the final chapter with details of every single aircraft known to have flown for Britannia up to it becoming TUI, including leased aircraft and even flying club Pipers!

They will also love the many pictures of aircraft, airports and behind the scenes, including many classic views from the early days, and aircraft wearing different liveries. There’s even a chapter looking at mergers, such as that with Orion Airways and its fleet.

The book is well-researched and well written, and I loved learning more about Britannia and reminiscing about my own experiences with the airline.

I photographed a EURAVIA Constellation, G-ALAL, way back on 18/08/64 at LHR. Working in airline load control, I completed loadsheets for many of the Britannia 102s operated by Britannia at Belfast airport 1966-1970. I flew on two of them, G-ANBL 07/09/69 BFS/PMI, returning two weeks later on G-ANBO, in the jump seat, magic flight. Over the years on return flights to the UK, I have photographed their 757s and 767s, mainly at MAN., and on charter flights to Perth.
Way back on 18/04/1969 at Luton Airport, I managed to have a look through brand new 737-200 G-AVRL, with VRM and VRN there as well. This was the very first 737 I had been on board too. Yes, a great airline indeed. and I still have one of their loadsheets !

I am, and ALWAYS have been the number one fan of the ‘Little Giant’.
On the demise of Britannia Airways, it was the end of an era, VERY sad.
Nowadays, ‘TUI’ is my LEAST favourite, I dislike the whole aspect of what it has now become, even the brand name, of which I find STUPID, and the logo, I find even MORE stupid!
I am now a pensioner, and to have to pay £30 for what must be a brilliant pictorial history of BRITANNIA, I would find it somewhat difficult.
Nonetheless, I sincerely wish the author every success in this venture, and thank you. Yours most sincerely…Bryan S (Alicante/España).

Thanks for your memories Bryan. I think a lot of people feel the same as you about the loss of Britannia and what it has become today 🙁
Regarding the book – this is a quality production in hard back, so I don’t think £30 is asking too much really. Authors deserve paying for their work, and it’s the same price as many other similar books.