In something of a coup for enthusiasts at my local airport this week, an airliner arrived from half-way around the world on what is likely its final flight.

Fiji Airways’ Boeing 737-700 DQ-FJF, arrived at Teesside Airport on 20 September after a long ferry flight from the Pacific island nation on the end of its lease.

The aircraft is now in the hands of Willis Asset Finance who recently set up a base at Teesside to maintain and part-out airliners and engines, of which there are now plenty given the downturn in aviation.

DQ-FJF was the first Next Generation Boeing 737 in the Pacific, and was only the 96th example off the production line when it first flew in August 1998. 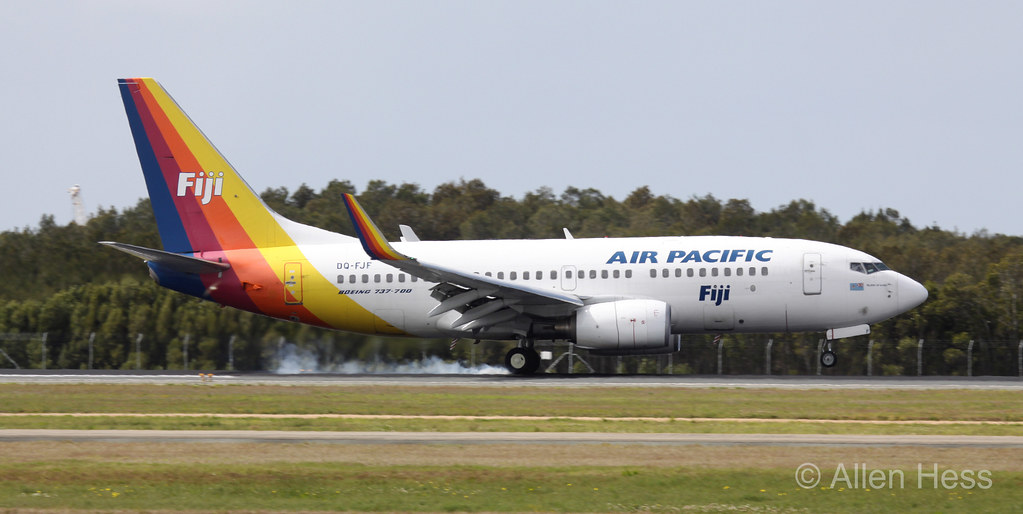 It was delivered to Air Pacific, as the airline was then known, flying local and regional routes around the islands and to Australia and New Zealand.

Air Pacific later became Fiji Airways and the aircraft, known to crews as ‘Foxtrot’, or its name of ‘Island of Koro’ continued flying until earlier this year when it was parked up.

This month, at the end of its lease, it undertook an 11,400 mile journey from Nadi to Teesside via stops in Honolulu, Los Angeles Internationa and Bangor, with a ferry crew of four pilots, plus engineers.

Enthusiasts crowded around the fence at Teesside on Sunday night to witness the aircraft’s arrival just after sunset. 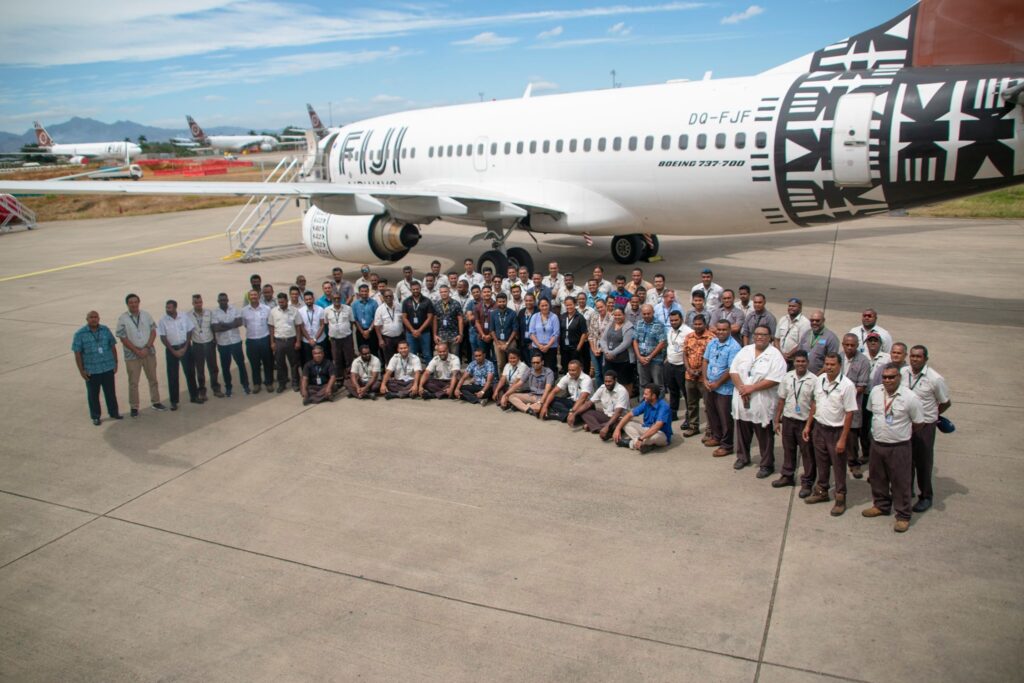 Fiji Airways itself posted on social media about the journey for its aircraft and crew, and about losing such a long-standing member of its family. 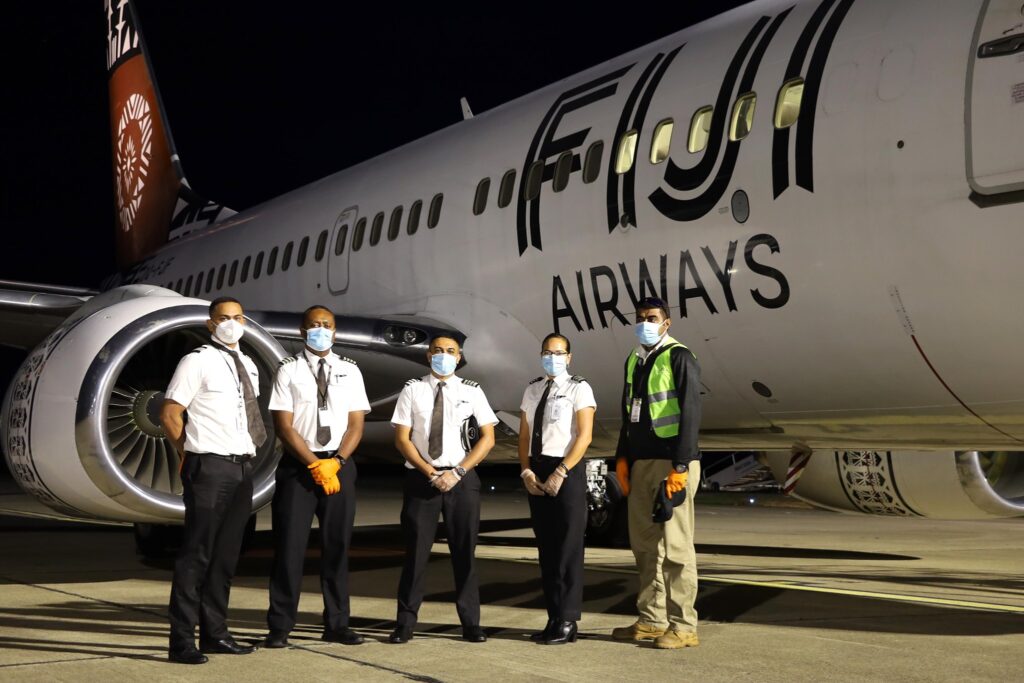 The crew on arrival at Teesside. (c) Fiji Airways

This is the second airframe to arrive at Teesside Airport since Willis began operating here, with former SAS 737-700 LN-RRN arriving a few weeks ago. More airframes are expected over coming weeks. I wonder if any will be as exotic!

Ah Teesside airport. My only visit there was 7th March 1967, yes 67, when I was on board BKS VISCOUNT 745 G-APNF on a three hour crew training touch and go session from Leeds….loved the mighty Viscount.
However, next time we are back in the UK, I intend to have a look around MME.