It comes a little earlier than people were expecting, but thanks to some leaked images which appeared on Twitter, Lufthansa’s new livery can now be revealed. The scheme retains the same royal blue colour for the titles and tail, with the same font used for the airline name.

The logo is also very similar, featuring a crane flying inside a circle.

However, now the circle and crane are silver instead of yellow.

The fuselage remains white (or silvery – it’s hard to tell at the moment), however the blue of the tail now extends down and underneath the rear of the fuselage.

It seems the new livery has been named Lufthansa Blue, with the hashtage #LufthansaBlue, and the following teaser video released.

Lufthansa has 330 aircraft to repaint across its mainline and Regional fleets, so it’s going to take some time for the livery to be rolled out across the board. However, the first to wear it will be a Boeing 737-830 which has been painted in Malta, plus the next Airbus A350 delivery will also feature the new scheme.

The airline expects around 40 aircraft to be wearing the new Lufthansa livery by the end of 2018.

My first impression is that it is very smart and current, but I – like many others who have commented – are lamenting the loss of any yellow in the scheme.

What do you think of the new Lufthansa livery? Leave a comment below.

We’ll hopefully include a real photograph of the new scheme in our next New Liveries post.

Here’s the first photo of the first aircraft to wear the scheme, Boeing 747-830 D-ABYA, by Dirk Grothe. 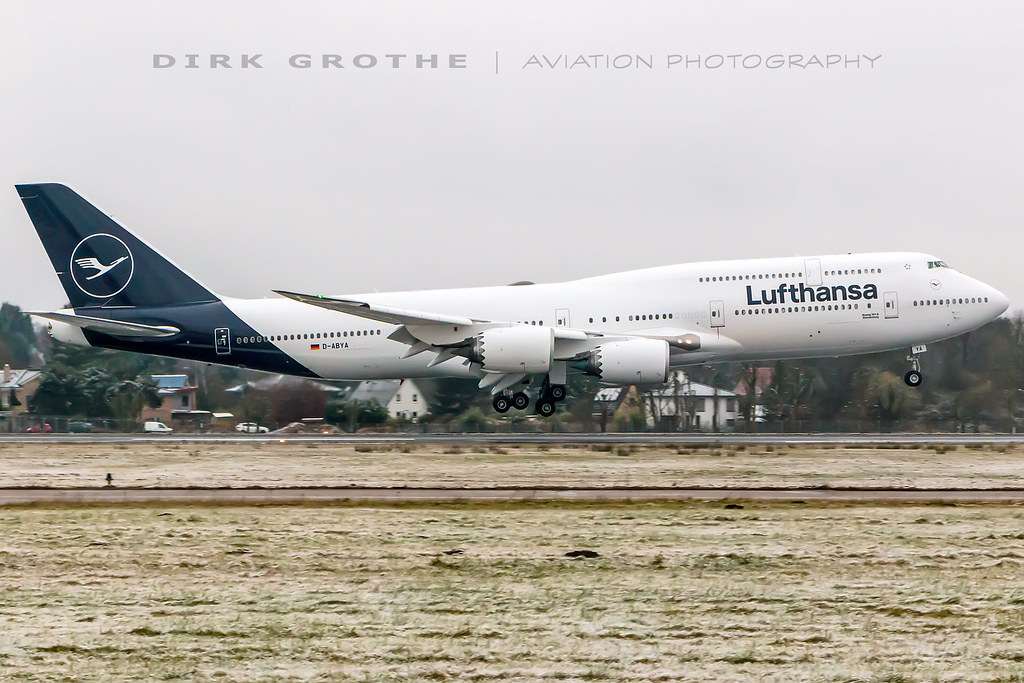 Viva Espana – The Best of Spotting in Spain

It’s pretty dire if you ask me. Unfortunately, whilst I can see the economic sense in having a single colour fuselage, it’s far too prevalent these days. A cheat line would have helped enormously.

Agree with the lack of yellow. I would suggest a highlight, narrowish, yellow strip on the complete leading edge of the blue around the tail and rear fuselage would have kept the Lufthansa tradition and looked smarter.

I’m sure they will line or stripe some yellow

Absolutely think it is a mistake. Lufthansa has one of the most beautiful, classic paint schemes in the industry. Consider Air New Zealand color changes. Is it really better? I hope this “leak” was an error. Frankfurt Airport with all the yellow tails is beautiful. Unrelated: I just returned from LAX last weekend. The new H Hotel is the best spotter Hotel in America. Book room 1225. Top floor, huge corner room with unbelievable views, and direct access to rooftop deck.

Here we go, another all white body with a new design motif on the tail, is it cheaper to spay a plane in white, I don`t know!, for me the retro paint job on the 747-800 would have looked great across the fleet, they and Singapore must be the oldest colour schemes still worn by an airline today.

Will be interested to take a look at 737 once painted, but quite frankly too clinical on 747s needs a little extra, shame.

It’s just not right !!! Bring back the yellow.

No I Much Prefer The Previous Lufthansa Livery With The Yellow Circle & Crane On The Tail,It Is Much More Representative Of Germany.

I Think The Blue Tail Design is Rather QF In Appearance The Way It Is Painted.

Oh dear…why didn’t they leave well alone? Anonymous plus, and how much will the ‘redesign’ have cost? Somebody’s laughing all the way to the bank.