Spencer Bennett brings us this guide to spotting at one of Spain’s best holiday airports on the island of Menorca. 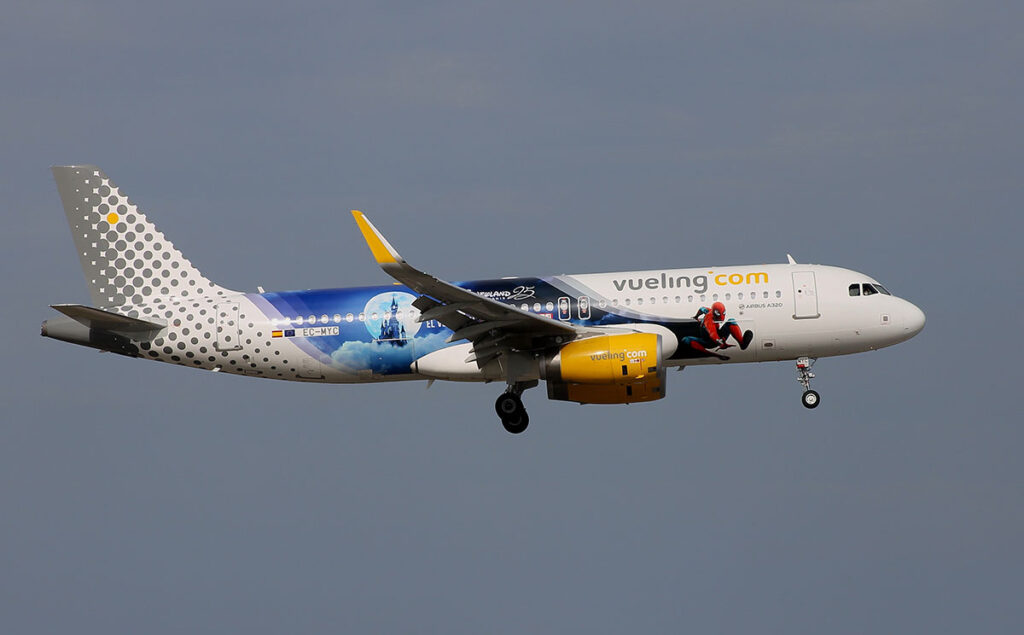 The Balearic Islands comprise Majorca, Ibiza and the smaller and less populated Menorca.  Although boasting more beaches, Menorca does not see as many tourists as its two larger neighbours but still handles its fair share of holidaymakers who, if travelling by air, arrive at the island’s only airport,  situated around 4.5 k m south west of Mahon.

The airport opened in 1969 when civilian services were transferred from the nearby San Luis airfield.

The airport terminal underwent a major restructure in 2008 which transformed the airport from a small – overcrowded at times – terminal with little natural light to a modern, light, fully functional facility.

Mahon currently has 16 gates, five of which have airbridges connected to the single terminal building.

The airport has a single runway, oriented 01/19. 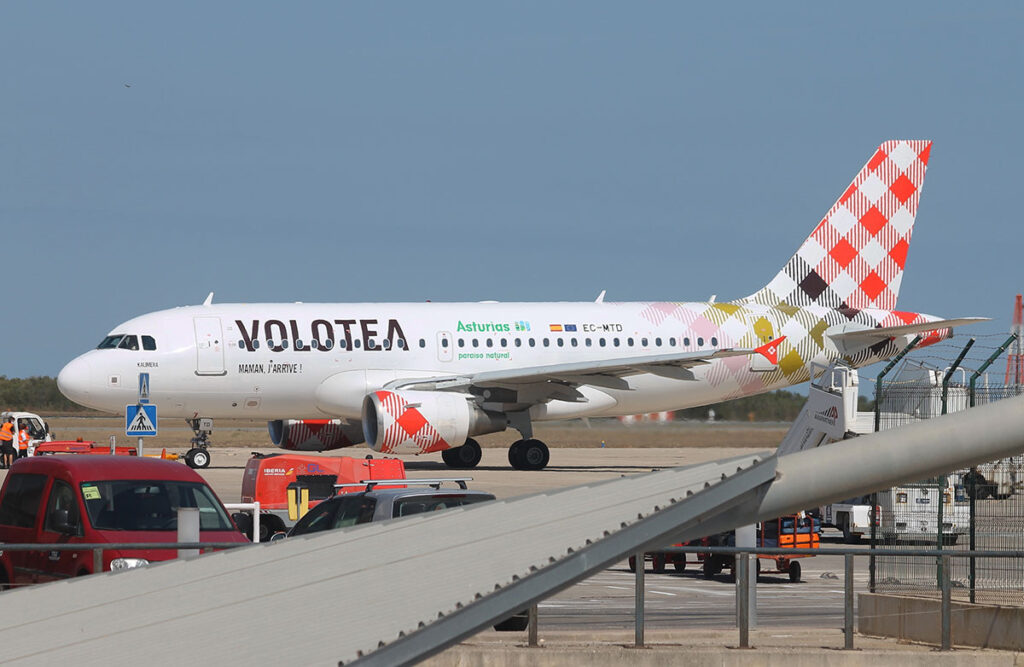 View from the drop off area.

The airport itself doesn’t have any official viewing areas, but a small area at the drop off area for departures offers a limited view of some stands, and of aircraft arriving on runway 19.

If winds are in the opposite direction, you can also see aircraft departing from runway 01.

To reach this area, come out of the terminal building, turn left and walk to the end of the drop off point.

Photographs may be possible from this point, but if there are aircraft parked on the remote stands then the view of the runway can be obscured.  A 300mm lens is needed for aircraft arriving / departing. 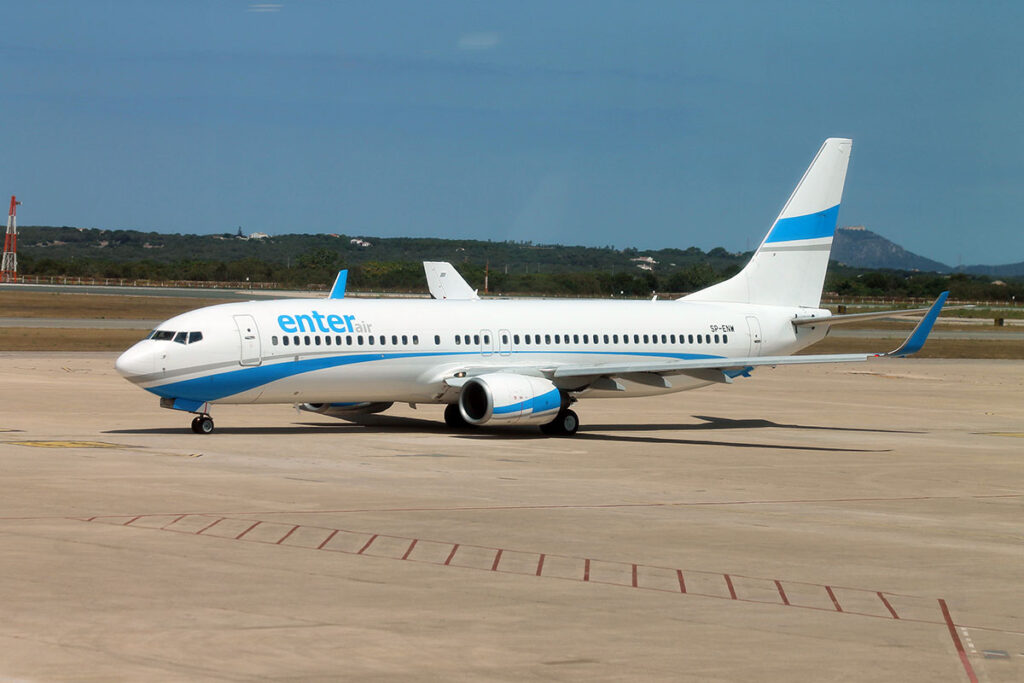 Enter Air 737 seen from the departure lounge inside the terminal

Inside the terminal there are no views from landside, but for departing passengers the airside departure lounge looks directly out onto the apron and runways.

Photographers need to head to the centre of terminal as there is a small seating area where cameras can be placed up against the glass to catch shots of all aircraft, whether taxying, arriving or departing.

Photographers will need a 100-300 mm lens depending on aircraft size, and whether shooting aircraft on the runway or taxiways. If aircraft are taxying to stand directly in front of you then a lens of 28-50mm will be needed. 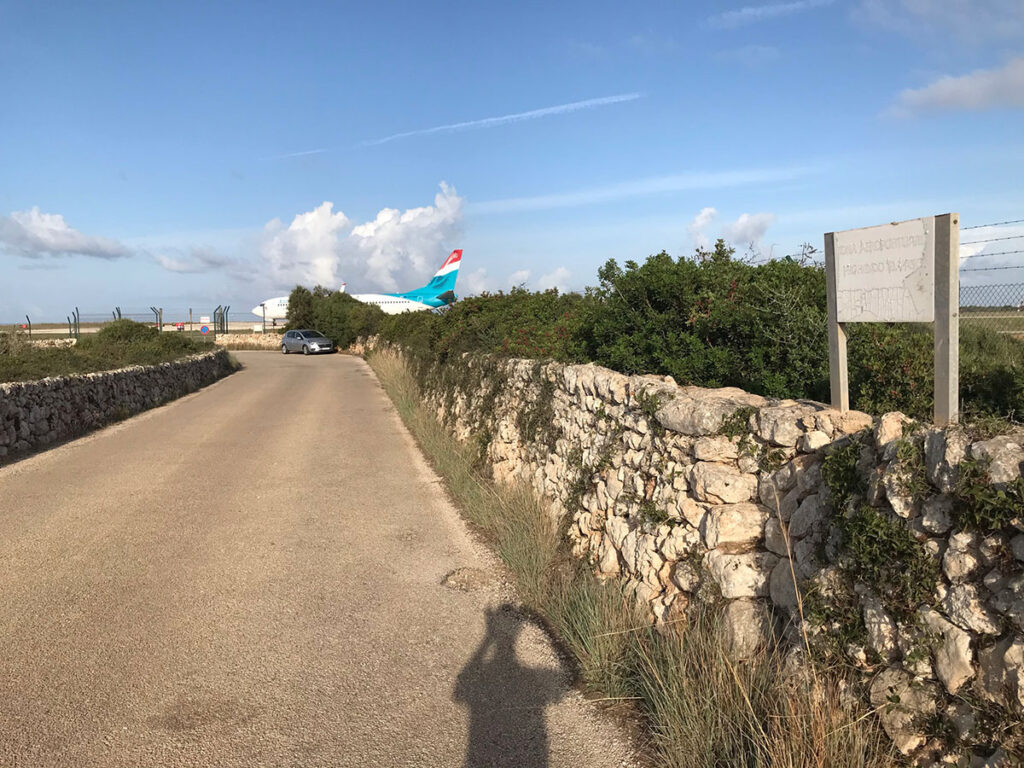 The steps leading up the wall can be seen on the right.

Probably the best place for spotting or photography at Mahon is to the south west of the airport when runway 01 is in use.

To reach the area a car is essential.

On driving away from the airport, at the roundabout with the large obelisk feature take a left turn to the village of San Climente.

Take a left turn once at San Climente onto road named Carretera de Bindali.  After around 2km, take a left turn onto a small road called Cami de Biniparratx Petit and follow round past the runway lights and up a slight incline.

As the road goes back up the hill, it is wider and there are a number of places where a car can be parked at the side of the road. Park your car and walk up the hill.

A focal lens of 100-200mm should be adequate for most arrivals or departures from here.  For shots through the crash gate 50-150mm will be needed due to the closer proximity. 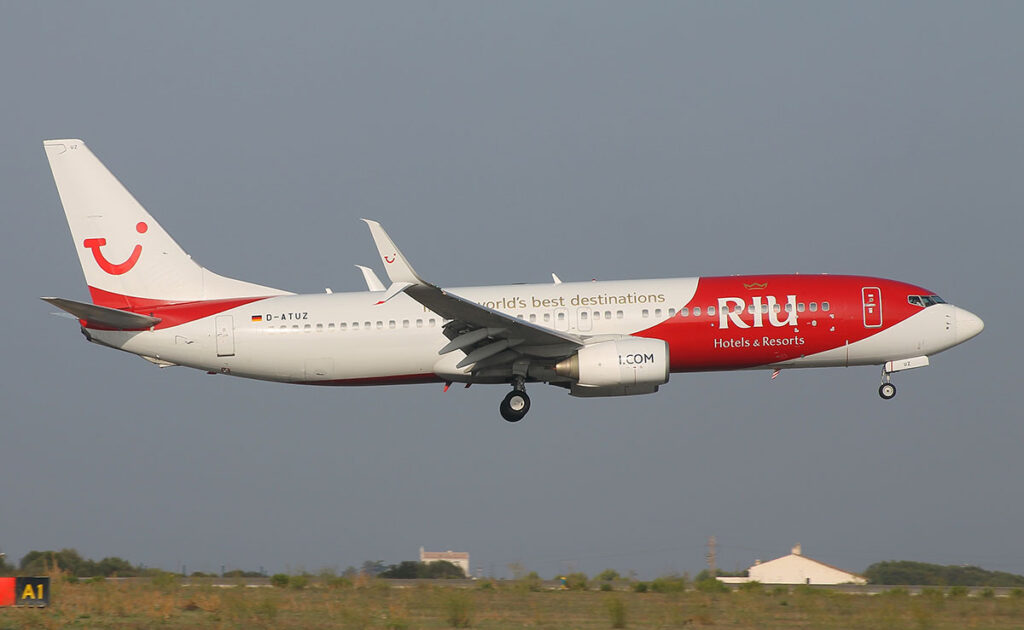 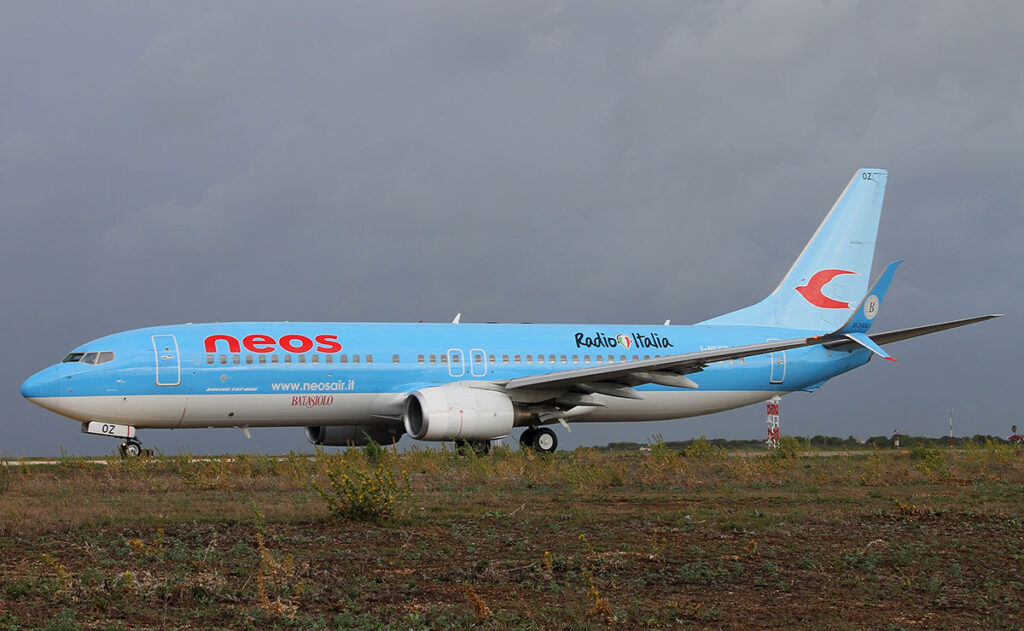 If runway 19 is in use then decent departure shots can be obtained from here also. However, some aircraft landing could turn off before they are within range.

The position is best in the morning up until early afternoon as the sun is behind you.

Be warned that there are no facilities nearby and sun cream, some water and a hat are essential on a hot day! 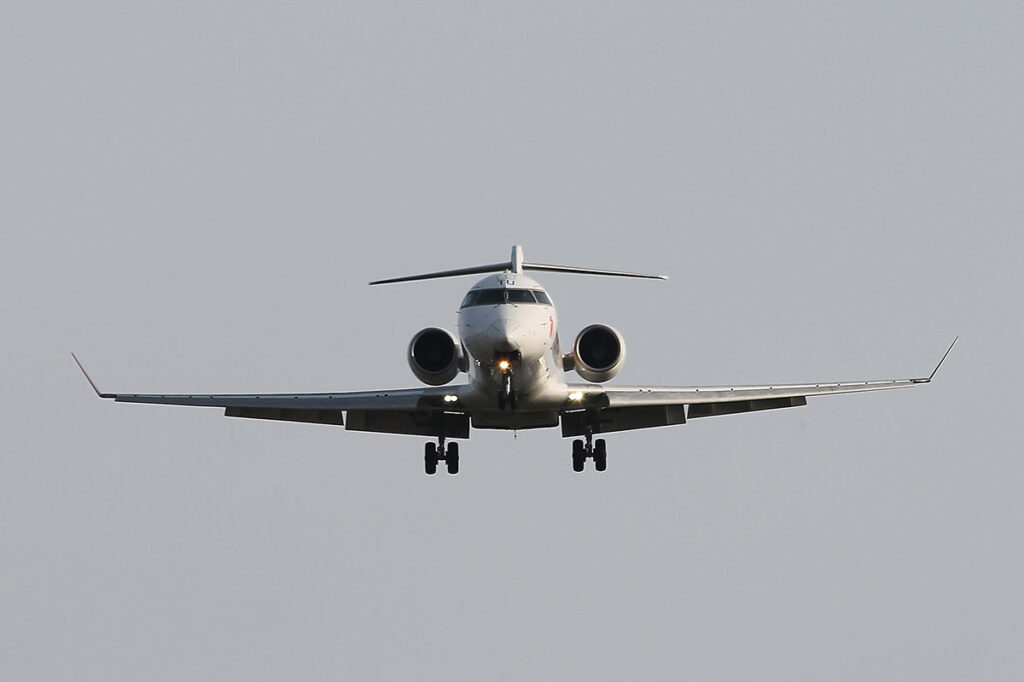 Arrivals directly overhead from the area to the north of the airport.

If runway 19 is in use then there is an area to north of the airport where cars can be parked.

Follow the same left turn at the roundabout with the obelisk (when approaching from airport) and as you see the runway lights turn right onto a small road.

Park your car here and by crossing the road (with care) the whole airport can be seen.

For the photographer this area is not great as arrivals are directly overhead ( see example ) although aircraft taxying for departure can be photographed, but the view is directly into sun for most of the day.

Airlines to be seen at Mahon 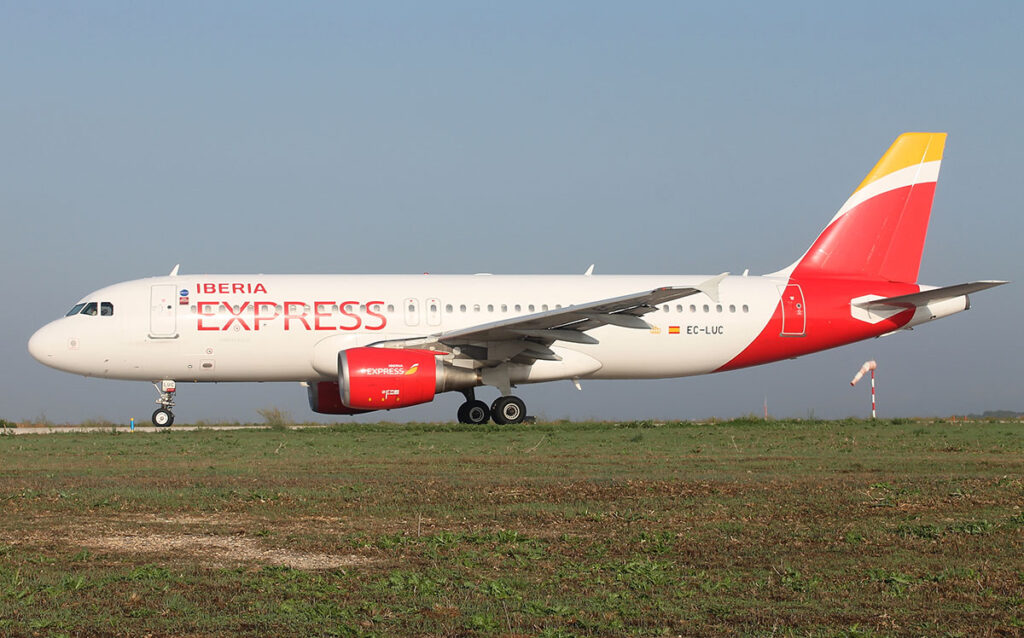 Mahon airport is much busier in the summer months and can be very quiet outside of the main tourist season of May – October. Traffic is still lower than in pre-covid times but picking up.

In the holiday season a decent range of airlines can be seen and, although UK and Spanish airlines predominate, it is possible to see Transavia, Finnair, Brussels Airlines, Eurowings, SmartWings, Enter Air, Wizz Air, Luxair, Swiss, Edelweiss, and Air France amongst others.

Vueling, Iberia, Iberia Express and Iberia flights operated by Air Nostrum are frequent, as are Volotea with their all-Airbus fleet.

Although the UK makes up the largest percentage of tourists, and there are many flights from Jet2.com, TUI, easyJet etc, the island is also popular with Italian tourists. As such the airport sees a good variety of flights from Blue Panorama Airlines and Neos amongst others.  Neos has operated their 787-9 Dreamliners on occasion. 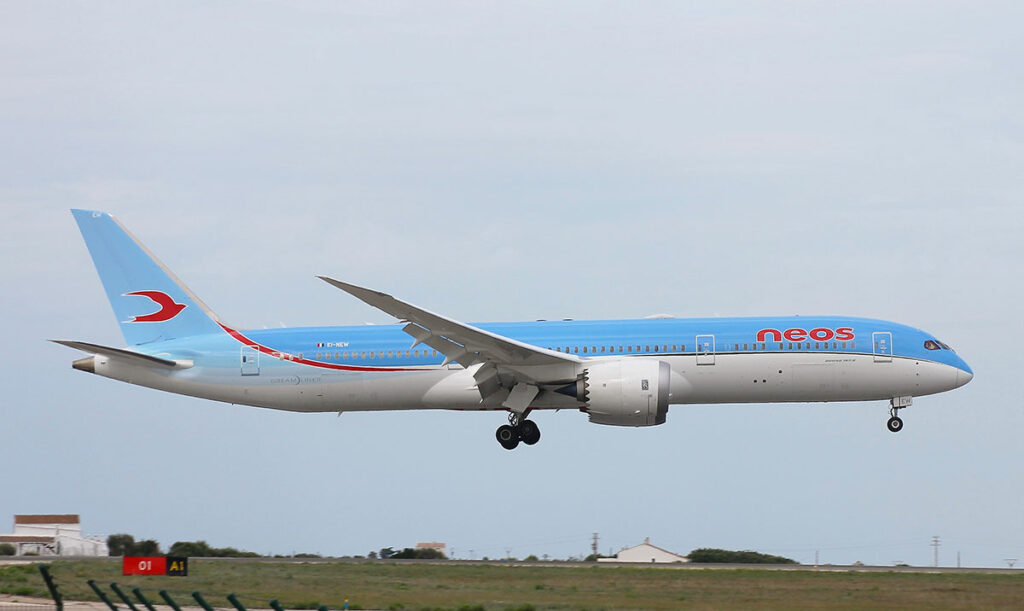 Menorca might not offer the variety or volume of Palma and Ibiza but does offer the aircraft enthusiast the chance to see some different aircraft and take some excellent photographs, along with some of the most beautiful beaches in the world ( see example ) 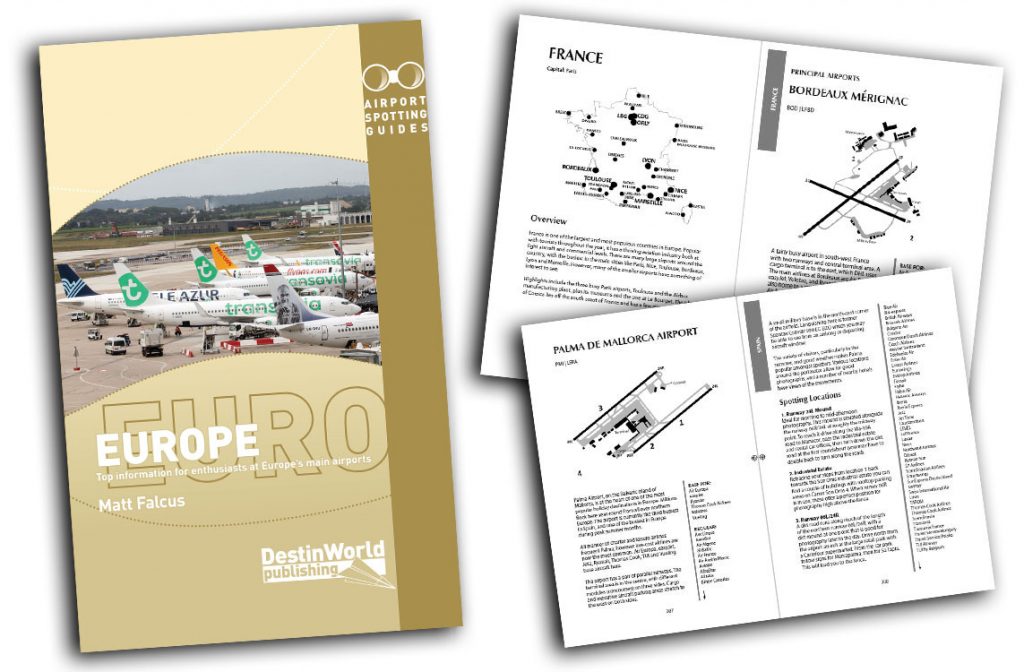 For a comprehensive guide to spotting at hundreds of Europe’s best airports, our book Airport Spotting Guides Europe is the perfect companion.

The book includes maps and descriptions of spotting locations, plus details of the airlines you’ll see, and the best aviation museums and spotting hotels.