Hassaan Khalid reports on the massive undertaking from airlines and military operators in evacuating people from Kabul Airport, and on how Afghanistan’s airlines and airports are now trying to rebuild their operations.

The recent mass evacuation from Afghanistan concluded earlier this month with approximately 120,000 evacuated including Army personnel (especially US & British troops), Embassy staff and Afghan nationals. Just over a few days, the airlift was conducted with multiple aircraft taking part, with the C-17 Globemaster and C-130 topping the list. Kabul airport has a single runway of 3,511m which is used simultaneously for both military and civilian aircraft. Since the US started their operations in Afghanistan, they constructed multiple airbases but Kabul airport remained the primary hub for their military aircraft movements.

The main operation commenced when US Army’s CH-47 & UH-60 Black Hawk landed at embassy to evacuate the staff and reportedly while en route to airport an attack helicopter was reported deploying flares which is uncommon over a residential area. The situation at Kabul airport had begun to worsen as thousands of people rush towards the airport in attempt to flee the country. The airport was put on hold for commercial use due to the ramp and runway both flocked by people. According to sources, military helicopters hovered over the airport to disperse the crowd which was not so successful, therefore the operation had to be continued in this situation

US C-17 Globemaster departs with 823 onboard

During this chaos, the evacuation was still underway while thousands of locals present at the ramp and runway, meanwhile a US C-17 which had boarded as many as 823 passengers as reported. This is currently the highest number of passengers ever transported by a military aircraft. Soon as the aircraft begin taxiing towards the runway which was already occupied by locals, many tried to cling to the aircraft in an attempt to somehow board it. A clip went viral as the C-17 was taxiing and many could be seen sitting under the wing possibly on the door of landing gear in deployed position. As the aircraft reached the runway and maxed out it’s throttle and eventually lifted and began retracting the gear, bodies of at least two fell from aircraft and as reported from US military upon safely landing in Qatar. The remains of bodies were found in the landing gear compartment which possibly belonged to the citizens trying to stowaway while clinging to aircraft before takeoff.

Staying inside a landing gear compartment is quite dangerous in many ways, as when the plane reaches its cruising altitude the outside temperature is way below the freezing point, likely to be between -31°C to -60°C (-40°F to -76°F). At around 18000ft the oxygen level starts to drop significantly as there isn’t enough oxygen as the mean percentage drops from 21% to just around 6% which is inadequate to breath and causes many disruptions in the body. 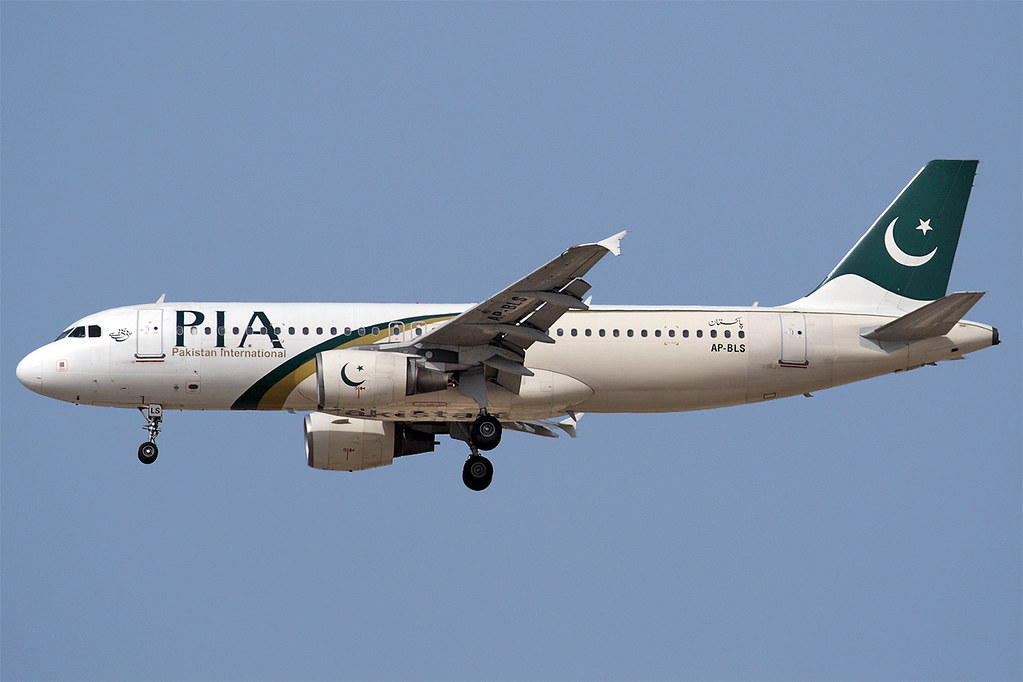 While the military evacuation was at its peak, since the situation was expected to worsen, the airport was closed for further commercial flights but four commercial aircraft of three different countries were still on ground at Kabul which had to be departed before situation got uncontrollable. There was a Qatar Airways Boeing 777, Air India’s Airbus A320 along with a Boeing 777 and an Airbus A320 of PIA.

The Pilot-In-Command of PIA’s A320 Capt. Maqsood Bajrani told the inside story of the critical situation created at Kabul before his departure on 15th Aug. He was interviewed by a local news where he disclosed that after boarding when we were to receive pushback clearance, he received a call from Kabul ATC which was commanded by US military that they were shifting to a mobile location and were evacuating the ATC tower. This was an alarming message to the captain as he understood things were not quite right. He frequently contacted the company headquarters in Islamabad, after a while the headquarters responded that they will give pushback shortly after 15 min. When the contact established again with ATC, they cleared the PIA’s 777, followed by Qatari and then Air India. However. PIA’s A320 was still in need of pushback, as their turn came the ATC told that airport is closed until further notice but captain Bajrani insisted ATC to allow pushback and startup which was approved.

As the aircraft taxied to the holding point, the captain told he could see many unauthorized people trying to reach the ramp and he knew situation is getting uncontrollable. The aircraft was not cleared for takeoff as he received a message from ATC that airport is now closed for commercial aircraft, the captain had been waiting now for an hour at the holding point when he received final words from the ATC which were “ATC Zero” that means the airport is no longer controlled by ATC and aircraft are on their own. As he got this message, Capt. Bajrani decided to take off without permission as it was totally unsafe to keep the aircraft on ground along with 170 passengers including embassy staff and foreign nationals. He announced to the passengers that there were multiple military aircraft taking off on their own. Then, behind two military Cessna 208s, he took off speedily without waiting. The captain reported there was multiple aircraft, especially helicopters, that were patrolling over airport which he avoided visually while taking off at a steeper angle than normal. Following the takeoff, when he managed to attain altitude of 18,000ft, he established positive radar contact with Doha ATC which was managing the transition traffic of the area. Finally, the aircraft was guided to Pakistani aerospace where it landed safely at Islamabad International Airport (ISB).

A few days later, the captain was awarded a medal by Pakistan’s president on his daring successful flight from Kabul 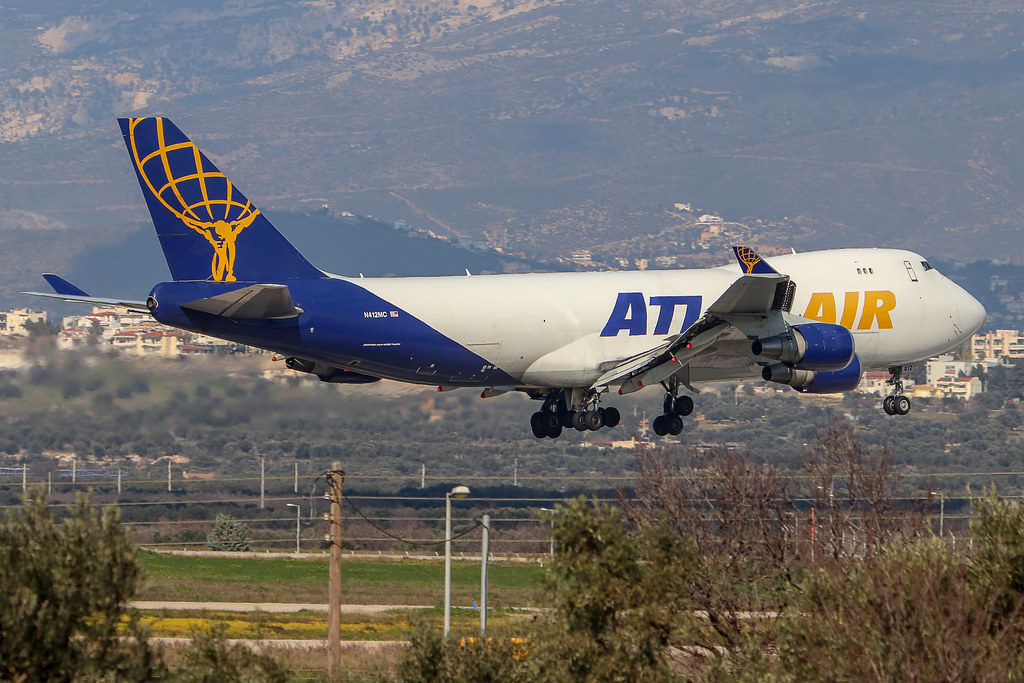 The US Department of Defense decided to utilize 18 aircraft to assist with the airlift. It included 3 aircraft each from American Airlines (AA / AAL), Atlas Air (GTI / 5Y), Delta Air Lines (DL / DAL), and Omni Air Int’l (OY / OAE), along with 2 from Hawaiian Airline (HA / HAL) and 4 aircraft from United Airlines (UA / UAL). These airlines, however, did not directly operate to Kabul but rather did operations from US military bases and transit centers where Afghan refugees were kept in temporary shelters like Qatar, U.A.E and Ramstein Air Base in Germany.

Al Udeid Air Base is one of the primary air bases in the Middle East, which is mainly operated by USAF. The Afghan refugees were transported to this base, and from here they were transported either to the USA or Ramstein Air Base through Civil Reserve aircraft. Delta Air Lines used its reserve aircraft to make sure its commercial operations were not affected. The company’s Executive Vice President & Chief of Operations added:

“For decades, Delta has actively played a role in supporting the U.S. Military and our troops, and we are again proud to pledge Delta people and our aircraft in supporting our country’s relief efforts.”

The US Civil Reserve Air Fleet was first used in Persian-Gulf war for transporting troops and providing aids while second time it was used while Operation Iraqi Freedom for troops.

Some nations couldn’t operate directly to Kabul from their home air bases. Therefore they requested to operate through Islamabad airport (OPIS / ISB) which was approved by the Civil Aviation Authority.

Air Belgium’s A340 registered OO-ABA, along with 193 onboard, and military Airbus A330 MRTT registered T-055 with 33 onboard, landed at Melsbroek Air Base (ICAO: EBMB), also two C-130 registered as CH-07 & CH-11 operated numerous flights to the Pakistani capital. 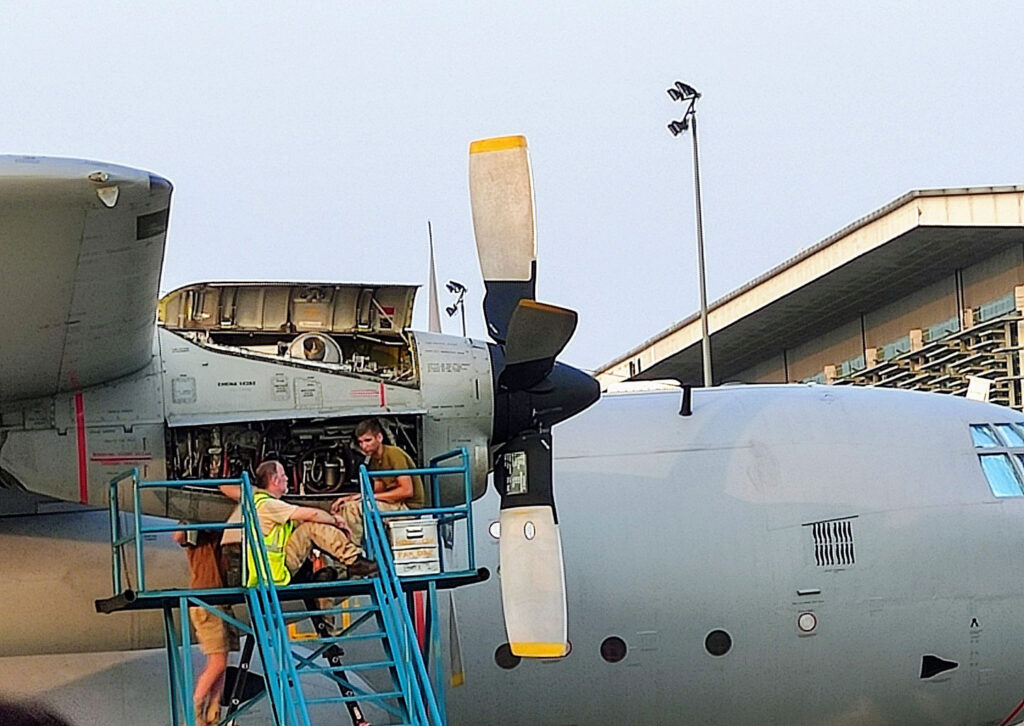 Similarly, the Royal Danish Air Force operated same routes to Kabul which was via Islamabad through it’s C-130’s.

There were other nations air forces which operated several flights through ISB for evacuating locals or diplomatic staff,. These included:

According to a professional plane spotter based at ISB “Baqir Kazmi”, the following air forces also actively took part in evacuations through ISB:

Surprisingly, not just military but commercial aircraft also actively took part in evacuations. The new Islamabad airport, which is the only airport in Pakistan to have received the Airbus A380, saw some special arrivals in recent days such as National Airlines Boeing 747 and Indonesian Air Force Boeing 737-400. Air Europa operated the Boeing 787 to transport refugees to the Spanish capital. According to Spanish media, approximately 250 Afghan refugees would be taken from Islamabad to Torrejón de Ardoz Air Base, Spain. Although Madrid has already evacuated nearly 2,000 refugees earlier.

The national airline of Australia, Qantas, for the first time landed at Islamabad with their Boeing 787-9 Dreamliner, covering 4,964 miles from Darwin. It was one of the rarest aircraft to visit Pakistan; previously the Royal Australian Air Force sent a C-130 to transfer around 95 refugees from Islamabad to Dubai, where they boarded Qantas’s 787 which flew them back to Australia.

The United Nations were also involved during the evacuations and regularly operated their Beechcraft 1900D for flights to Kabul from Islamabad. Reportedly two of these aircraft were used for a humanitarian mission to Kabul following the evacuations. Similarly, a UN aircraft was denied landing clearance at Mazar-i-Sharif airport in Afghanistan, and therefore diverted to Islamabad.

Pakistan International Airlines was given the task of humanitarian missions to Afghanistan for providing goods and medical aid by the United Nations’ subsidiary World Health Organization (WHO). Therefore, a PIA Boeing 777-300ER registered AP-BHV took off from Dubai and landed at Mazar-i-Sharif, which is the fourth largest city in Afghanistan, and this was the first international flight to the airport since it’s closure.

According to the airline’s spokesperson “Because of the shortage of medicine, the Afghan brethren are in great difficulty. In this situation, the purpose of the cargo plane is to assist the United Nations as much as possible”.

Pakistan cooperated as per government orders to send three C-130s to Kabul, Kandahar and Khost respectively, and recently as reported, the US have also agreed upon resuming aids to Afghanistan due to crises emerging after the evacuations. 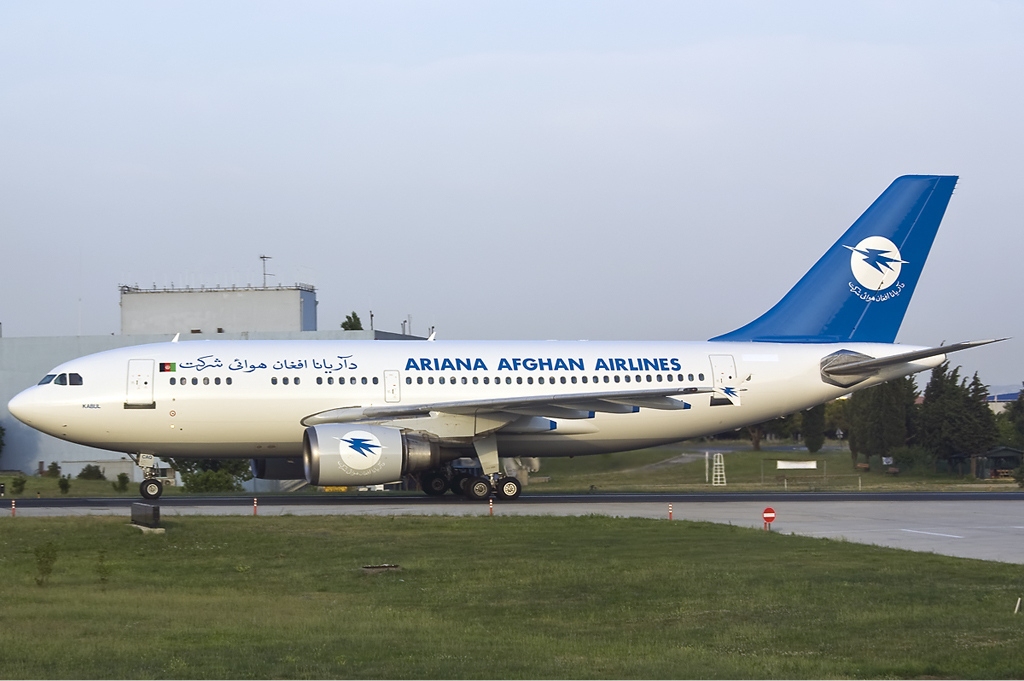 The Kabul airport, after witnessing the catastrophic events, reopened but commercial flights are negligible at the moment. Kam Air announced flights to Islamabad from Kabul recently, which is a positive gesture for re-commencing international flights from Kabul.

As per FlightRadar24, this airline is operating special flights to the Georgian capital Tbilisi, along with Abu Dhabi and Al-Udeid airfield in Qatar.

The Afghan flag carrier Ariana Afghan Airlines is running operations domestically from Kabul to Kandahar, Herat and Mazar-i-Sharif on their Boeing 737-400 and have allocated their A310 for destinations like Riyadh and Jeddah in Saudi Arabia. 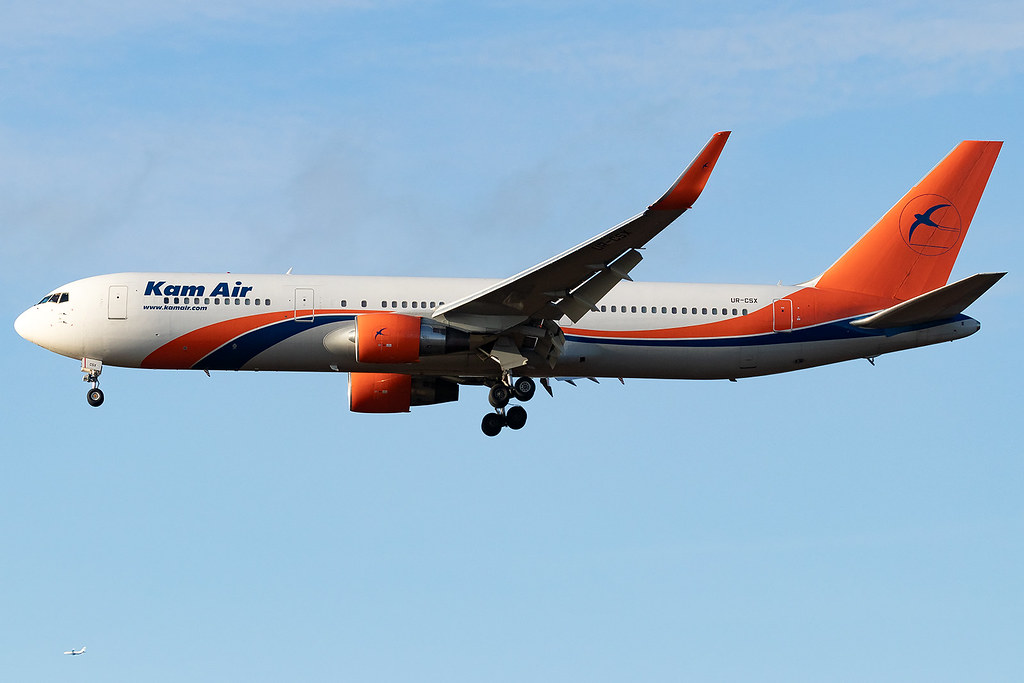 Muhammad Naeem Salehi (spokesperson for the Afghanistan Civil Aviation Authority) stated on local media that the airport is ready for international flights and already running domestic flights after resolving technical issues. He also added that letters have been send to neighboring countries to request resumption of international flights. Both  Afghan airlines (Kam Air and Ariana Afghan Airlines) are banned from entering European airspace as per EU regulations.

Pakistan International Airlines has also resumed flights to Kabul with A320 and Boeing 777 aircraft. Currently, the airspace over Afghanistan is available for transiting aircraft, and transition routes passing through southern Afghanistan are currently in use by international traffic. However, some airlines are avoiding the Afghan airspace due to security concerns, including United, Air Canada, British Airways and Virgin Atlantic.