There is an aeronautical group of reference in the sector in Portugal, dedicated to general and domestic aviation. The Sevenair Group. Diogo Monteiro reports on this company.

Today The Sevenair Group is a 100% privately owned group with around 230 employees, making it the largest general aviation group in Portugal and one of the largest in Europe. It is divided into specialized divisions that cover almost all areas of the aviation industry, being present in Portugal, Cape Verde and Brazil.

In the last almost 5 years, the group has bet on a deep restructuring. The most visible face of this process was the standardization of the brand, cross-selling, increased technical and human capacities, the increase in certifications and their internationalization (Brazil and Cape Verde), and another less visible that involved the merger of companies, acquisition of various management software and implementation of new internal procedures. 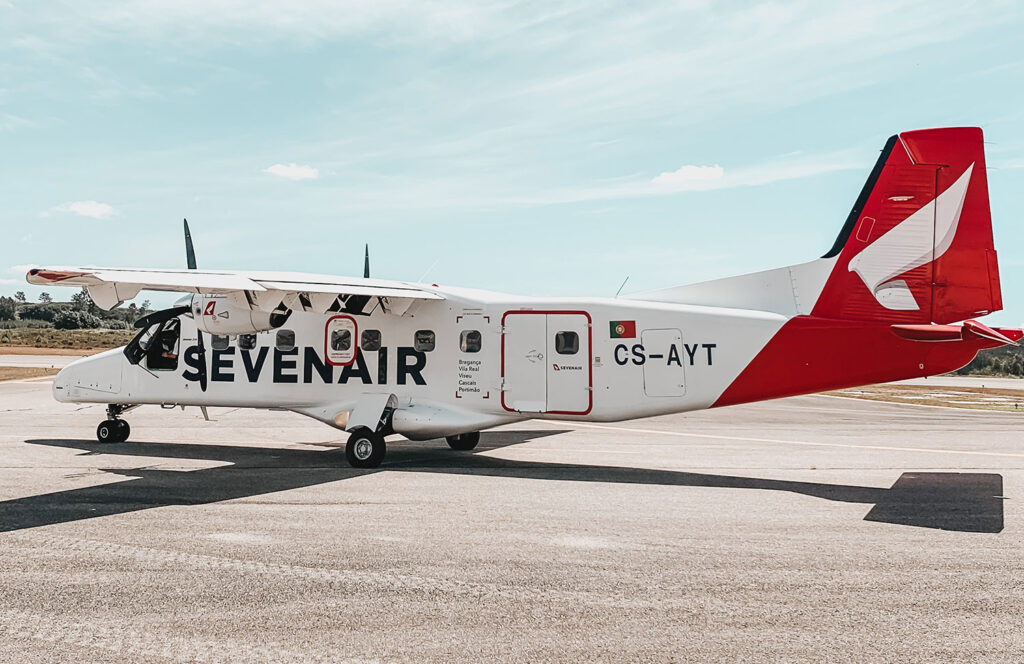 Sevenair is the realization of a dream of a family of pilots who, in 1998, created the only airline in Portugal with a complete range of additional services such as airline transport, skydive, banner towing and hour building. The airline is  headquartered in Cascais (Portugal).

Sevenair operates under the EASA AOC PT-02/07/16 and has been transporting passengers on regular and non-scheduled flights since 2006. It operates regional domestic routes within mainland Portugal and carries out non-scheduled operations in other countries including Brazil and Cape Verde, as well as on Guernsey Islands. 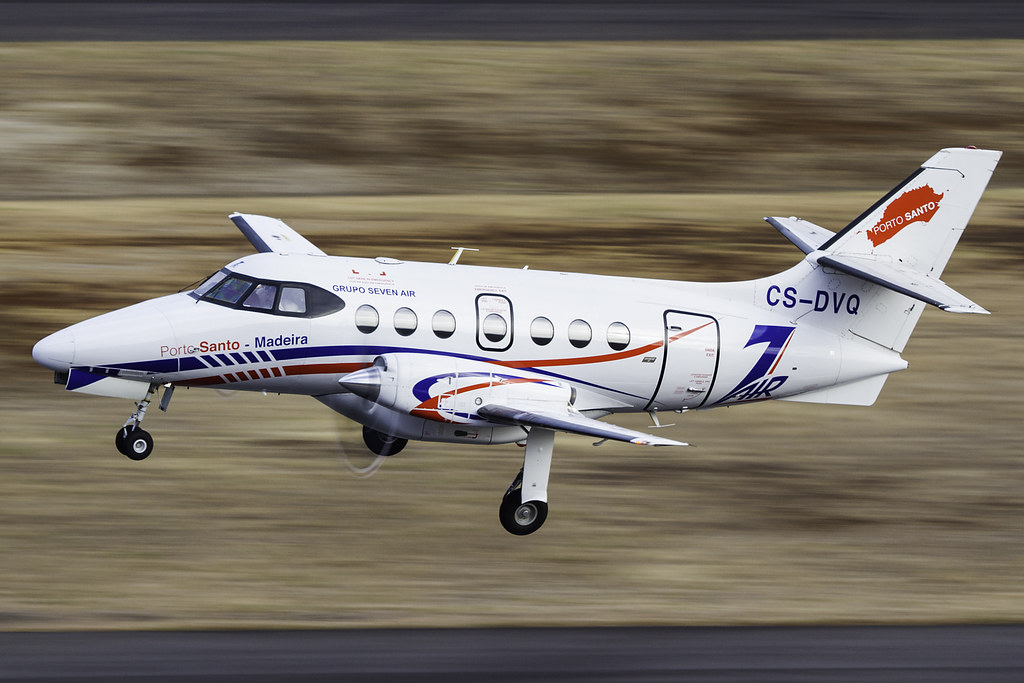 The Bragança-Vila Real-Viseu-Cascais-Portimão line is the airline’s best-known air connection, and has been operated by Sevenair for some years.

This airline is a regular operation, concessioned by the Portuguese State, which had been constantly increasing in terms of visibility and occupancy until 2019. 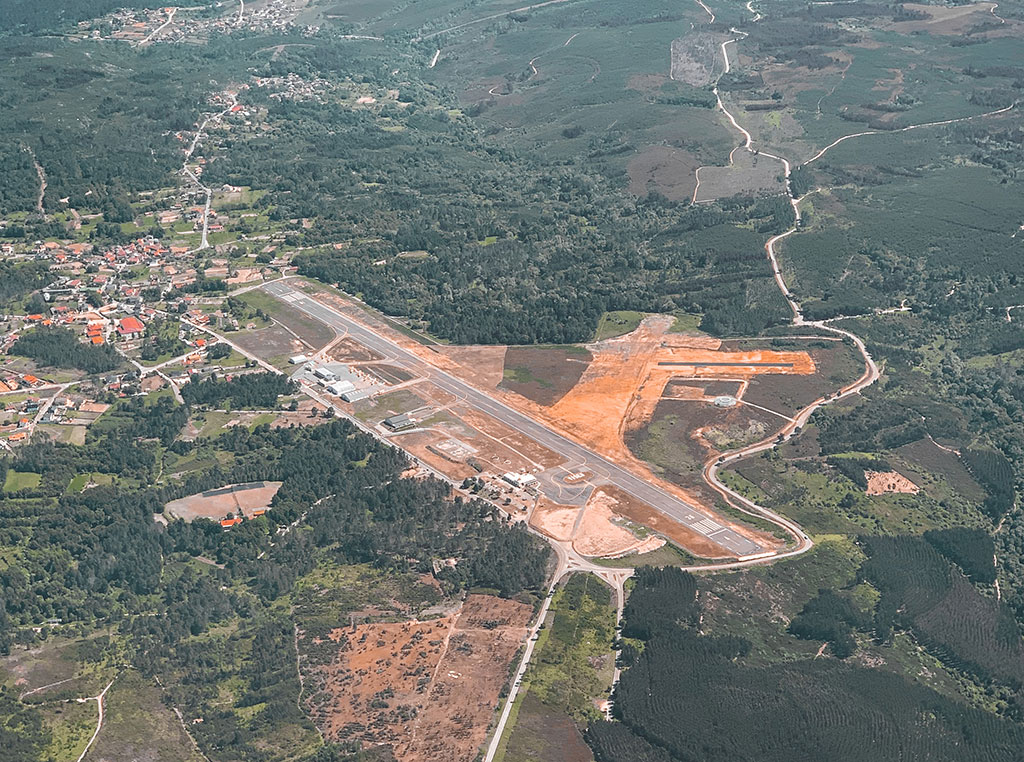 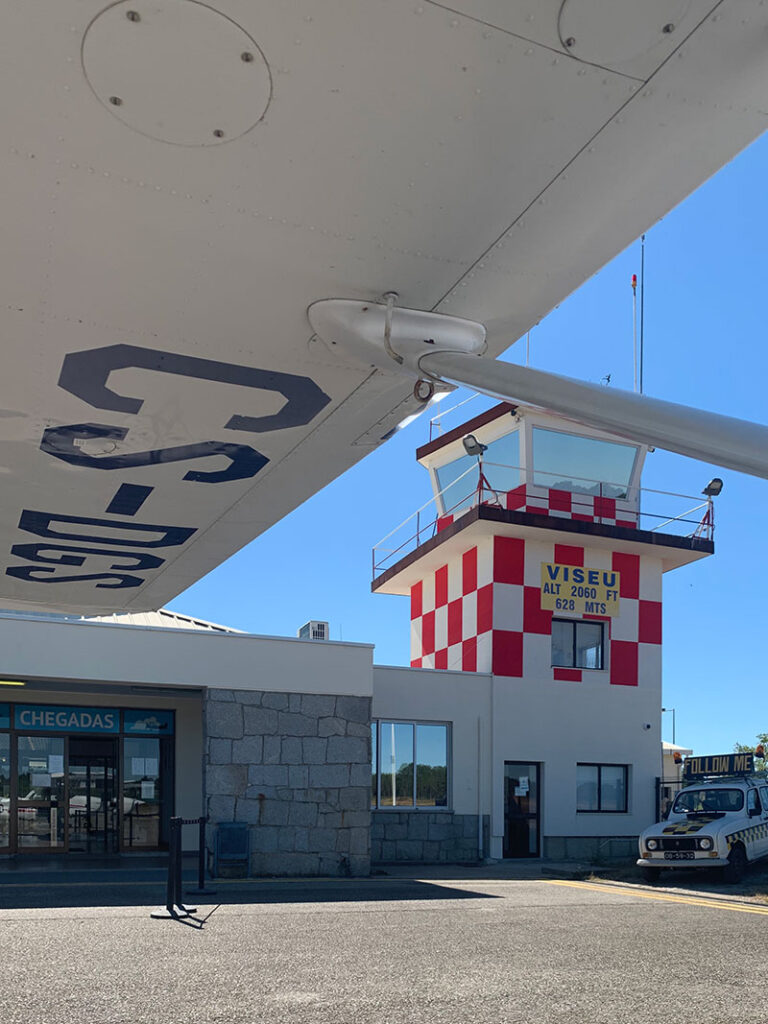 The closure of Vila Real aerodrome due to runway problems in 2019 and the COVID-19 pandemic were factors that greatly affected the performance of this operation, going from an average load factor rate of 86% to 25%.

However, the route is extremely important for connectivity between the North and South of Portugal, as well as the interior and the coast. In numbers, Sevenair has transported more than 250,000 passengers on its flights. Most of these are university students, teachers, business people, politicians, emigrants, tourists or simply families who want to get together.
Over the years, and for obvious reasons, Sevenair’s fleet has evolved, both in number and type, with the airline focusing on turboprop aircraft: The Dornier 228, Jetstream 32 and Pilatus PC6. The Dorniers are assigned to the regional route under concession between Portimão and Bragança and on missions where its STOL capacity is essential. The Jetstream operate on flights where the aircraft’s space, the fact that it is pressurized are a differentiating factor, while the Pilatus serves the skydiving operation. 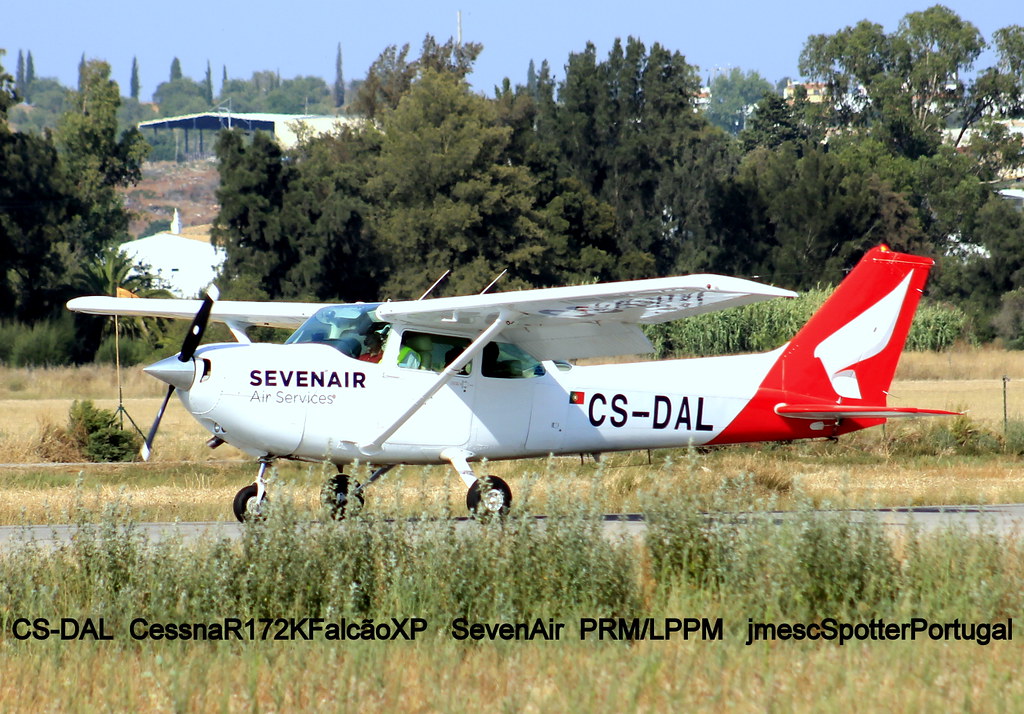 The Sevenair flight academy was the first Portuguese private civil aviation school, founded in 1988, with the name “Aeroavia”. Years later, Aeroavia was acquired by a Spanish businessman who renamed it as “Vega”.

In 1998, the “Leávia” aviation school was founded in the Algarve, which acquired Vega. So Leávia took the leap to the Lisbon area.

Sevenair Academy occupied for many years the 2nd, 3rd and even 4th place of Portuguese school in terms of students, but due to the restructuring that the academy was targeted, Sevenair Academy quickly became the largest Portuguese civil aviation school, being currently a one of the most important at European level in terms of number of students,
training offer, flight hours/year, among other parameters.

Sevenair Academy, in order to guarantee comprehensive protocols for its course students, has very strong connections to airlines in the aeronautical sector, having clients such as OGMA, MESA, HiFly, LAM – Mozambique Airlines, Air Seychelles, Babcock, TAP Air Portugal, Portugália Airlines, among others.

Sevenair Academy has plans for its future and sustainability. In this sense, it wants to expand its number of students, which it expects to achieve with the opening of flight bases in Bragança (in December 2021) and in Ponte de Sôr (between January and February 2022).

Over the past 4 years, Sevenair Academy has been standardizing its training fleet for greater efficiency and profitability. At the moment, the academy’s instruction fleet comprises Cessna C152, Tecnam P2008 and Tecnam P2006 aircraft for multi-engine instruction flights, totaling 22 aircraft.

The focus of the academy is to acquire aircraft with the latest technology, in terms of more economical monitoring, with less CO₂ emissions and noise, combined with digital avionics, the common “glass cockpit”. With this focus in mind, Sevenair Academy carried out a study, where the less valuable aircraft brought to the academy were disposed of for a variety of
reasons. Through this process, 4 aircraft were sold to a Portuguese school, 4 other aircraft to other countries and the rest were scrapped.

The academy, even after the COVID-19 pandemic, continues to bet on its growth. For the year 2022, in addition to the opening of the above-mentioned flight bases, it will open 4 courses on Integrated ATPL, 1 course on Modular ATPL, 2 courses on TMA Ab Initio and also 2 courses on TMA Self-Proposed.

In addition to its handling, maintenance and engineering service, the Sevenair Group also has its avionics division, Sevenair Avionics, which is an exclusive dealership for major OEM and Accessories brands, offering sales and after-sales assistance.

EASA certificate holder PT.145.026 and PT.145.011 (covering the C2 and C3 classification for component and avionics repairs), it is the leading avionics repair and calibration company in Portugal and reseller of Honeywell, Garmin, Cobham, Avidyne, Insight and Bendix King.

With its more than 30 years of experience in the sector and with a consolidated position in the Portuguese and European market, The Sevenair Group continues to work to expand its horizons to ensure its sustainable future.

I live in Guernsey & can state that Sevenair do not operate here & have never done so.