The first of 50 of the new Cessna 408 SkyCourier aircraft has been delivered to FedEx Express by manufacturer Textron.

As the name suggests, it has been developed for the small package and utility market. However, there is also a 19-seat passenger variant available, featuring large windows.

It has a maximum cruise speed of more than 200 ktas and a 900 nautical-mile maximum range. The aircraft features a large door and a flat floor cabin, and the freighter version can hold up to three LD3 shipping containers with an impressive 6,000 pounds of payload capability. 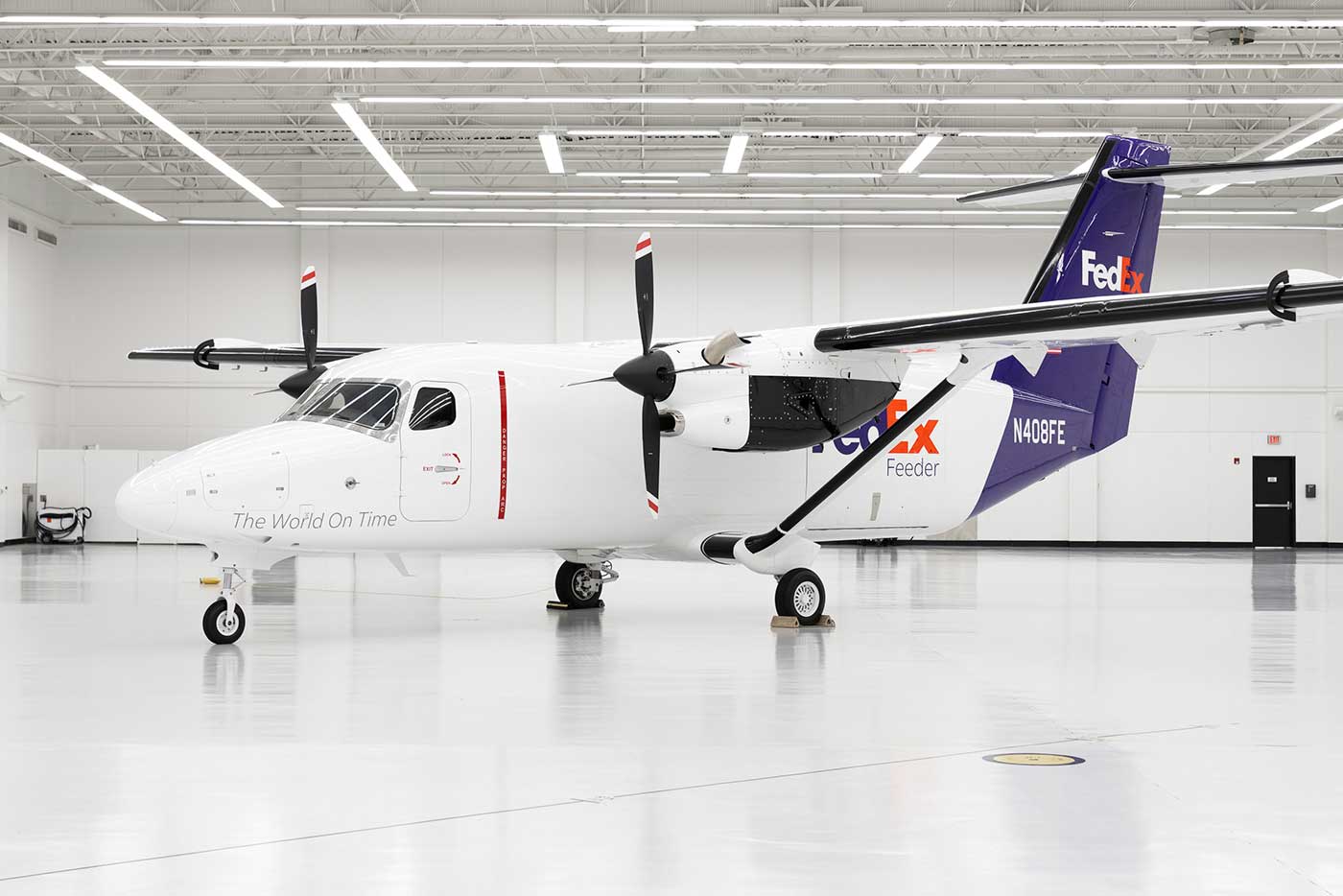 “FedEx took delivery of its first Cessna in the mid-1980s and the two companies have had a collaborative relationship over the four decades since,” said Ron Draper, president and CEO, Textron Aviation. “We’re thrilled to deliver this aircraft that will help FedEx serve its customers more efficiently as it is designed with the option to carry industry-standard prepacked cargo containers. We believe many other air freight, passenger and special mission operators also will benefit from the winning combination of low operating costs and unparalleled lift capacity that the new Cessna SkyCourier brings to the market.”

FedEx has options for 50 more SkyCouriers, which it had a hand in developing to suit its own needs in the package delivery market which it dominates.

“The result of four-and-a-half years of collaboration with Textron Aviation on this aircraft, FedEx Express is excited to add the Cessna 408 SkyCourier as part of our fleet modernization program,” Struminger added.

The first aircraft is N408FE, and is owned by FedEx itself, rather than one of its contract providers.