In 2019 British Airways delighted aviation enthusiasts and fans of classic airline liveries by painting four of its aircraft in special retro liveries from its past.

This was done to celebrate the airline’s 100th anniversary, which fell that year.

However, within a year the world was already reeling from the effects of the Covid-19 pandemic and global downturn in aviation, which in turn led to British Airways choosing to retire its Boeing 747-400 fleet ahead of schedule.

As a result, three of these special schemes were quickly withdrawn and lost from view, leaving only the Airbus A319 in BEA livery flying.

In addition to these retro schemes, British Airways has had many ore special liveries over the years.

But where are these special livery planes now, and have any survived? 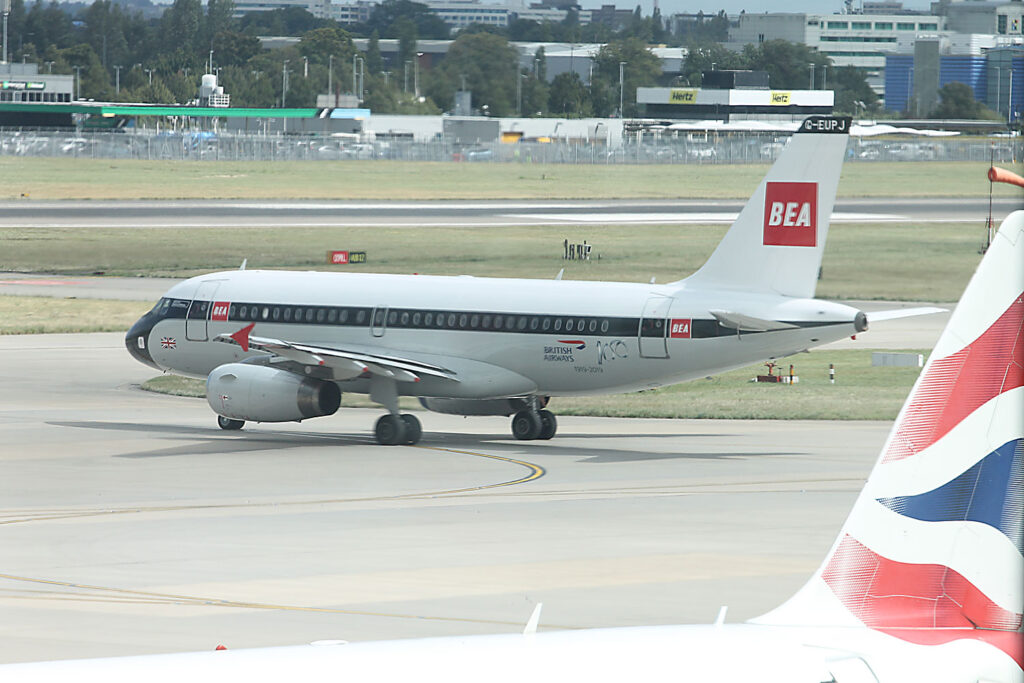 Well, as mentioned above, the BEA ‘Red Square’ livery Airbus A319, G-EUPJ is still flying for British Airways following a brief spell laid up. At the time of writing it is based at London Heathrow and over the past couple of days has completed round trips to destinations across the UK and Europe.

However, if you haven’t seen it yet, try to do it soon as according to this thread G-EUPJ is due to be retired in 2022. 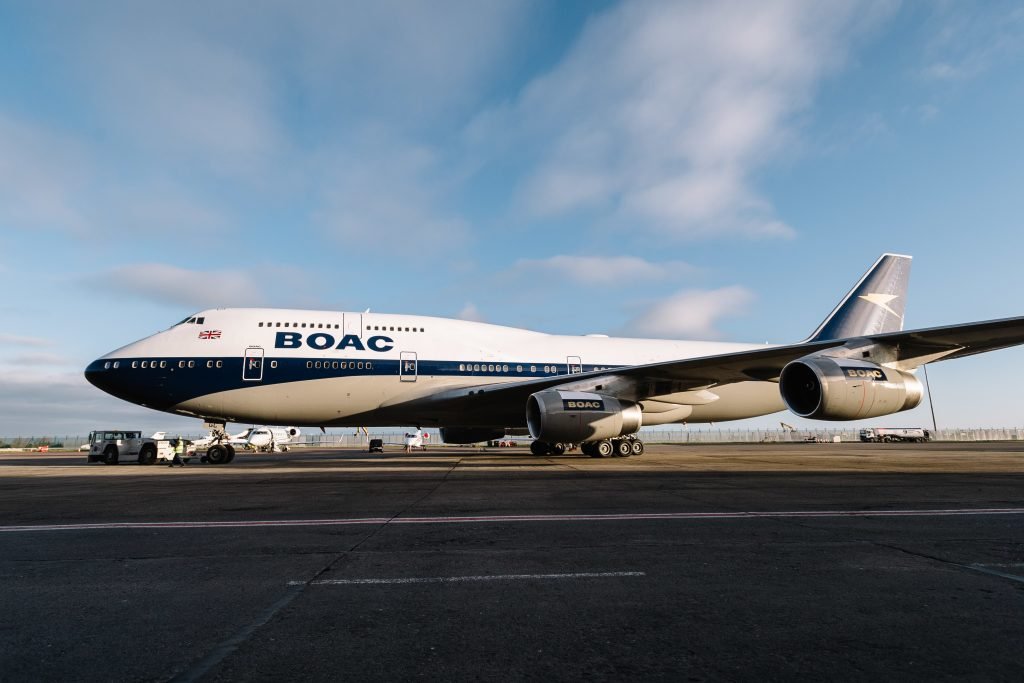 The first of the retro liveries to appear was on Boeing 747-400 G-BYGC, celebrating Britain’s former international airline, BOAC.

This smart scheme was worn by the first 747s in the UK back in 1971, not long before British Airways came into being.

G-BYGC had the honour of operating the last ever British Airways 747 flight, before it was retired to St Athan, Wales in November 2020. It also performed a famous fly-past with the Red Arrows in 2019.

The BOAC livery aircraft is currently being prepared to be opened to the public and kept preserved at St Athan, thankfully. At the time of writing it was not accessible, but visible (here’s a spotting guide to St Athan). 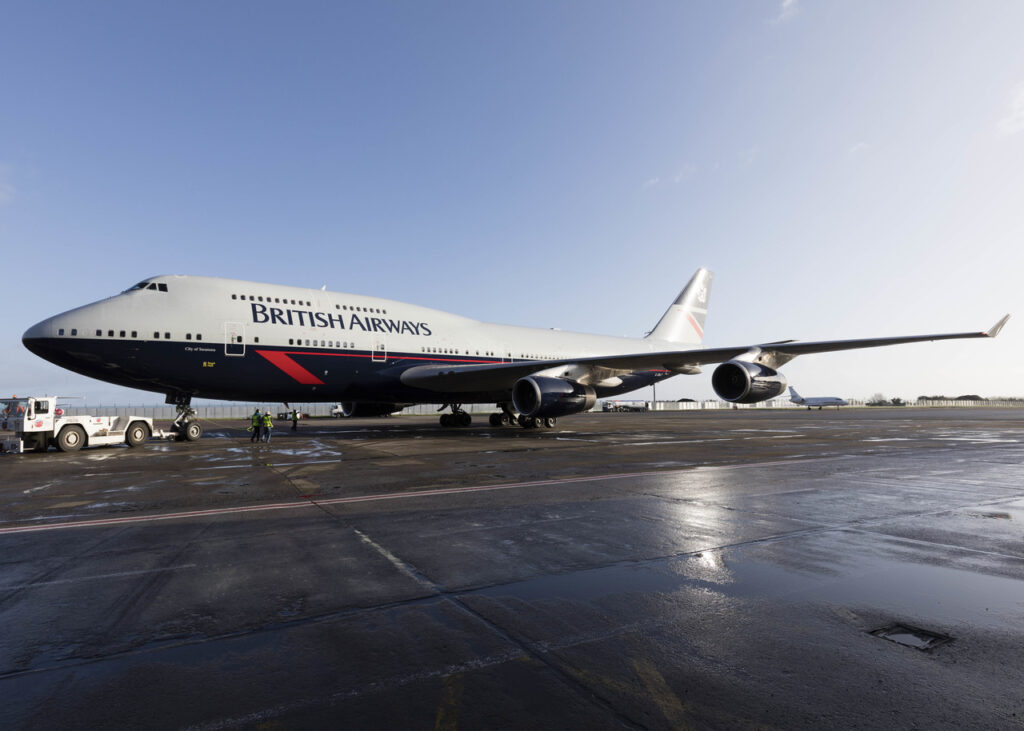 The third special livery appeared on Boeing 747-400 G-BNLY. This aircraft wore the Landor livery, which adorned the British Airways fleet from 1984-1997. Design features include the British Airways coat of arms with the motto To Fly. To Serve. on the tail fin, with a stylised section of the Union Flag.

In December 2020, G-BNLY made the journey from storage in Cardiff, to the small airfield of Dunsfold in Surrey. Here it joined another BA 747-400 in standard livery, and some other preserved airliners, where it will take up work as a filming location and also offer occasional access to enthusiasts. 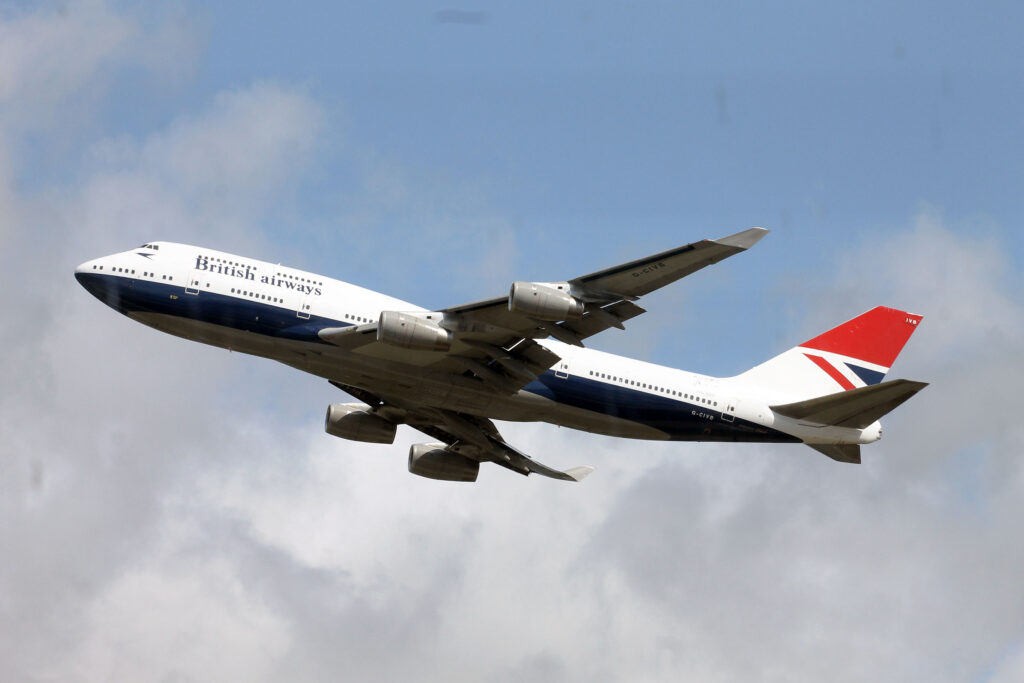 The fourth special livery British Airways introduced was on 747-400 G-CIVB, was painted with the first version of the Negus livery which adorned the British Airways fleet from 1974-1980, directly after the merger of BOAC and BEA and the formation of the airline that customers know today.

G-CIVB was retired to Kemble in Gloucestershire, but her fate was thankfully not to be scrapped as the aircraft has now become a permanent exhibit. The aircraft is used as a filming location, events space, and is also open to the public.

The aircraft is open Wednesdays and Saturdays and all visitors must purchase a ticket to vist the aircraft, each ticket allows you up to 1 hour onboard the aircraft, tickets can be puchased at – https://cotswoldairport.ticketsrv.co.uk/tickets/ 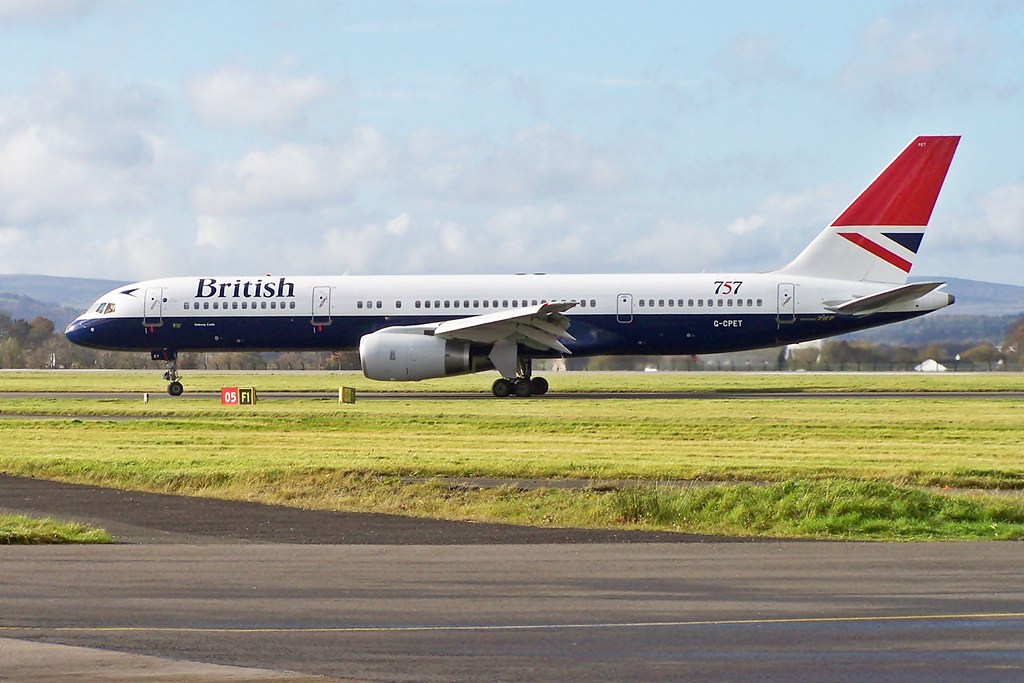 Back when the idea of retro jets was new, the airline painted one of its Boeing 757-200 fleet in the second version of the Negus livery, with simply ‘British’ titles (rather than ‘British Airways’).

This was done in late 2010, and enthusiasts loved it. However, the outgoing aircraft only had a couple of months left with the airline before being retired and sold on, so it felt a little short-lived.

G-CPET was soon bought by FedEx Express and is now flying with them – in their regular livery – as N956FD in freighter configuration. 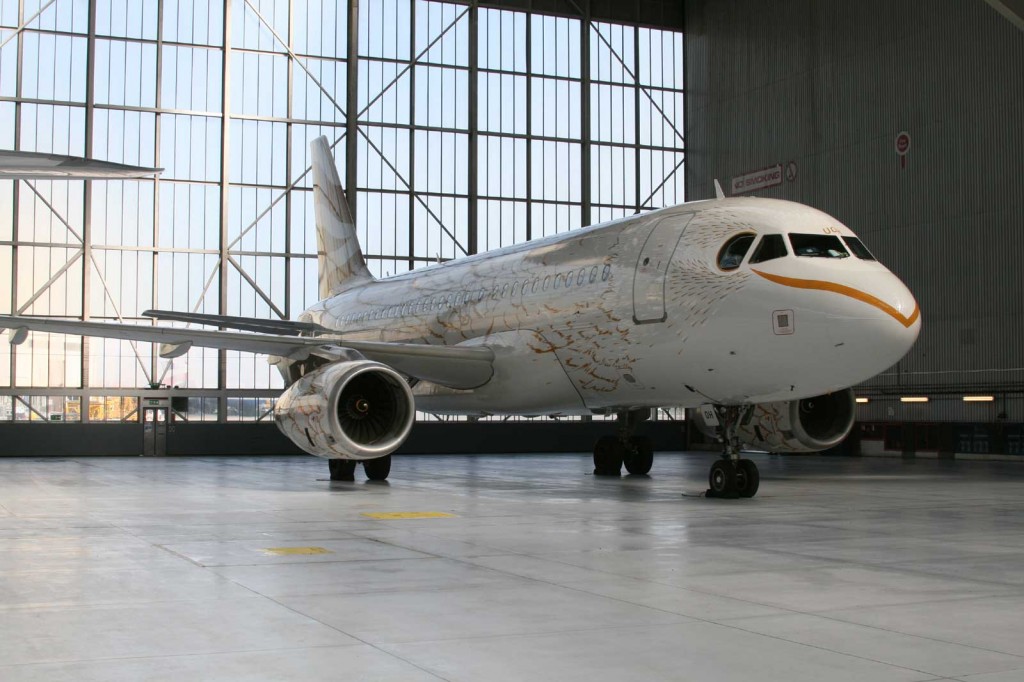 In 2012, to mark the London 2012 Olympics, British Airways painted seven of its Airbus A319 fleet in a special ‘Dove’ livery.

Surprisingly, the livery lasted much longer than the year of the Olympics, with the last aircraft being repainted into standard livery in 2017. 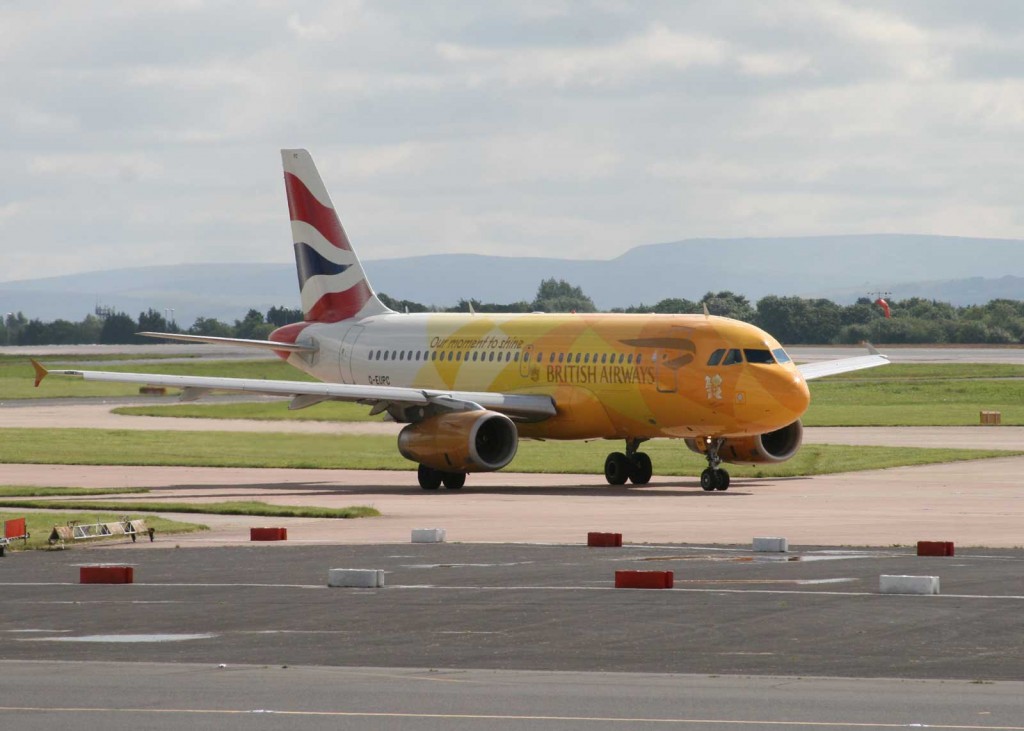 Another aircraft, G-EUPC, also wore the ‘Firefly’ livery to represent the Olympic Flame from 2012, but didn’t last long. 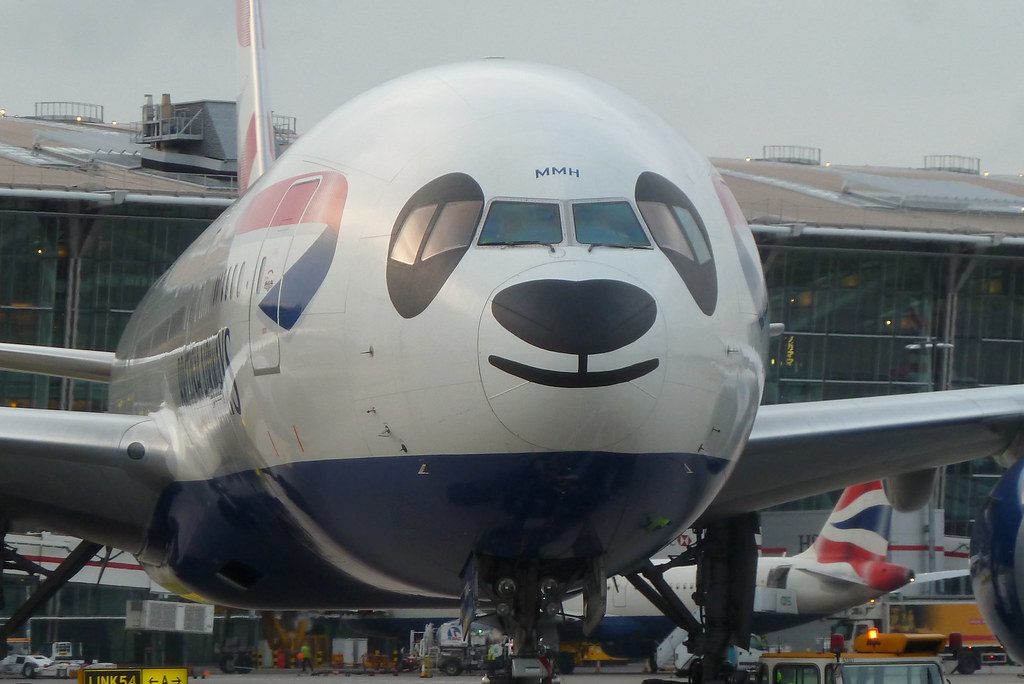 To mark the launch of flights to Shanghai in 2005, British Airways briefly painted panda eyes around the cockpit of Boeing 777-200ER G-YMMH. This was removed shortly after. 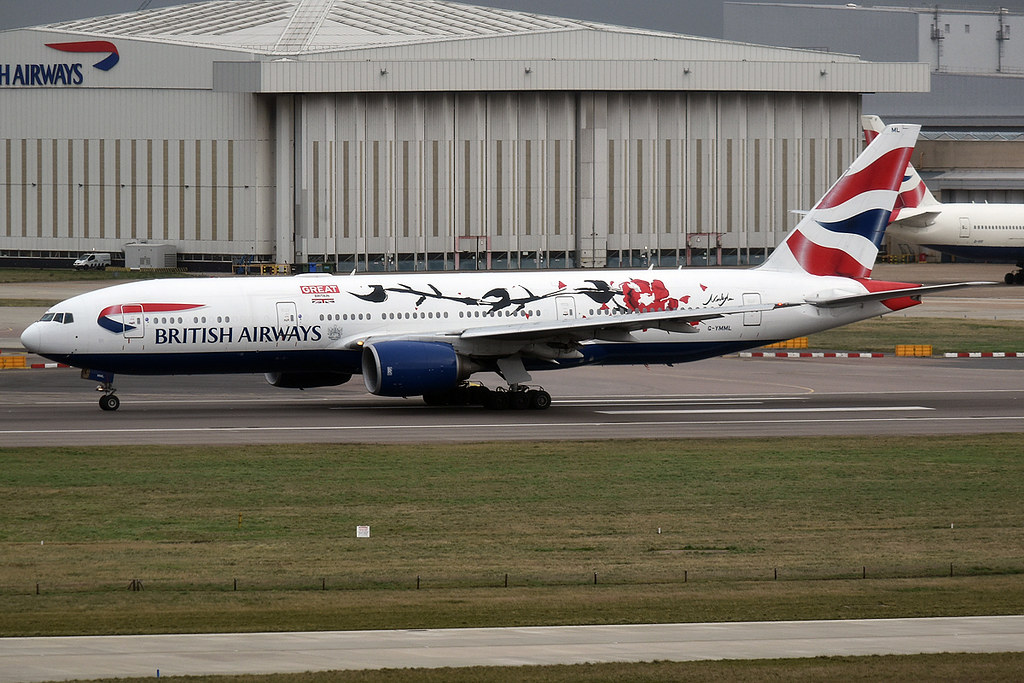 Another China-inspired special livery was applied to Boeing 777-200ER G-YMML in 2015. It shows a design along the fuselage by Chinese fashion designer Masha Ma, celebrating the “Great Festival of Creativity”.

The scheme depicts bamboo shoots and roses, fusing both Chinese and British culture.

This aircraft is still wearing the special livery and can be seen regularly in service. 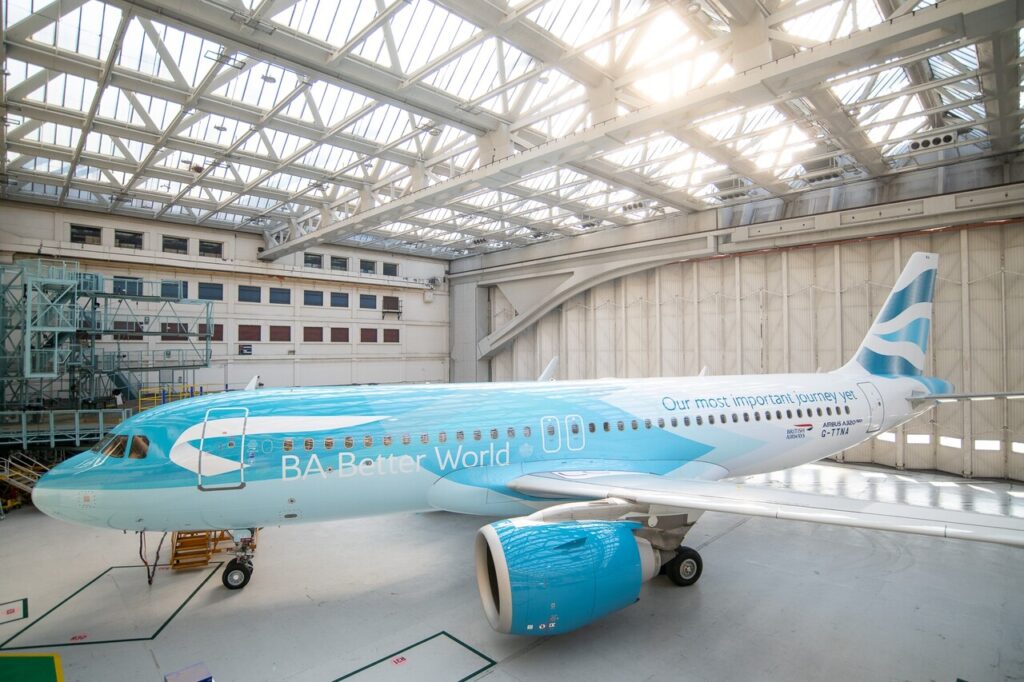 This special scheme is the most recent, applied to A320neo G-TTNA in September 2021.

It sees an all-over blue scheme marking BA’s commitment to sustainability in aviation, and reducing emissions and waste.

The aircraft is still active with this livery.

So there you have it. There have been many more minor and temporary special liveries and markings worn by British Airways aircraft over the years – perhaps none more relevant than the World Tails schemes worn in the 1990s and early 2000s, which saw a slightly different design on nearly every aircraft.

It’s upsetting that they retired their 100th anniversary classic liveries so fast, and 3 more queens we lost

Hi, for that is good, about special paint jobs, I am so sad, being a founder member of “The One World alliance”, BA does not have one aircraft, painted in the “One World”, colour scheme, If i had any input, I would have one model painted , painted up.