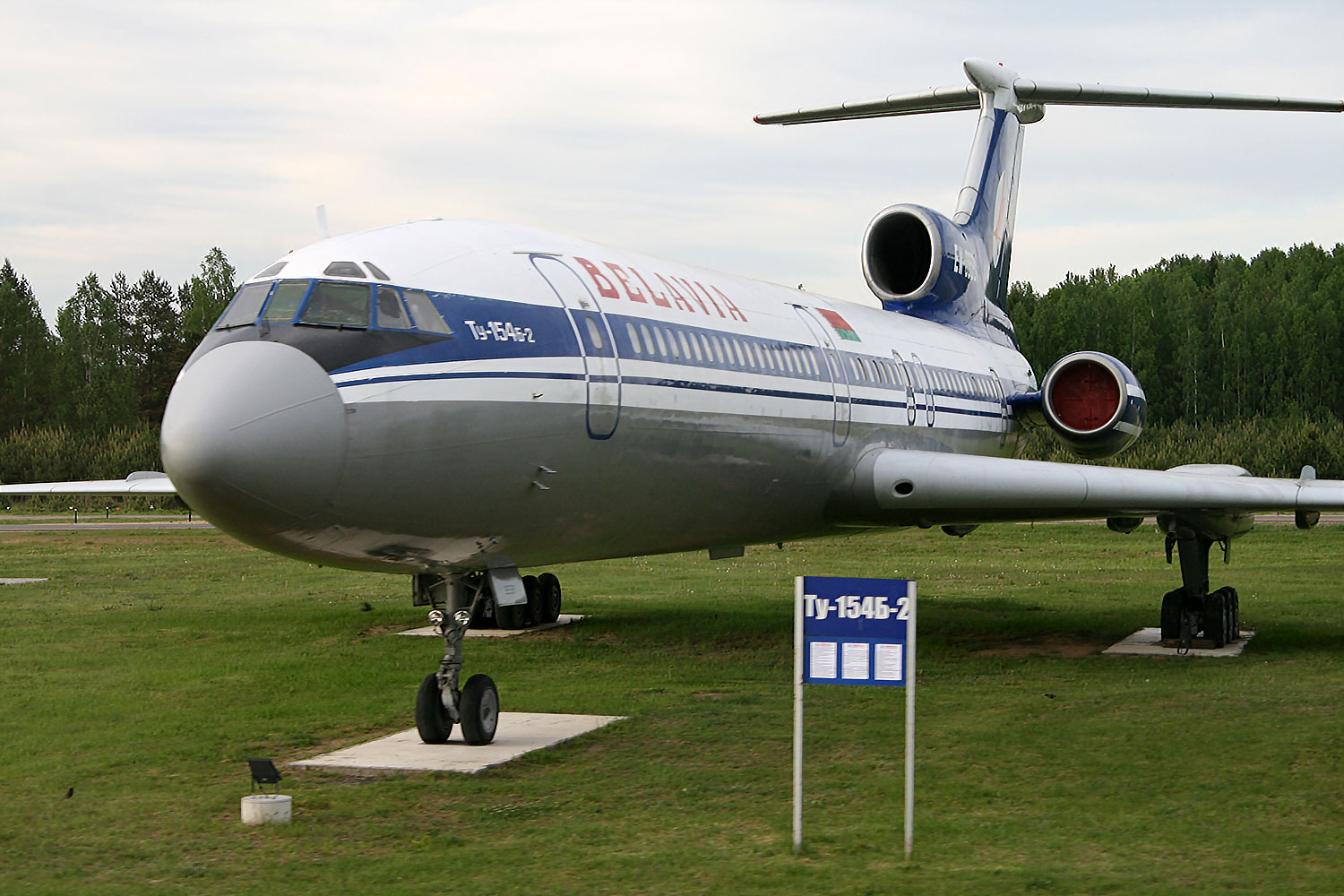 The iconic and once popular Tupolev Tu-154 is now almost a thing of the past.

With Russian airline Alrosa retiring the last example in scheduled passenger service last year, it leaves only North Korea’s Air Koryo operating passenger examples, and even then they are only flown sporadically or as part of special tours.

Aside from Air Koryo, only a few VIP and military versions of the Tu-154 are still flying. This is a far cry from the days when the type formed the backbone of Aeroflot’s fleet, as well as many other airlines across Europe, Asia, Africa and the Middle East.

Our book, Last Chance to Fly, is now exclusively available to Airport Spotting Premium Members, and updates you on where to fly on rare and historic airliners, like the Tu-154.

If you want to see a Tupolev Tu-154, your best bet now is to hunt out a preserved example. There are thankfully a few to see and get up close to. Here’s a list:

Tu-154 CCCP-85020 is on display at this impressive museum, wearing the colours of former operator Aeroflot. 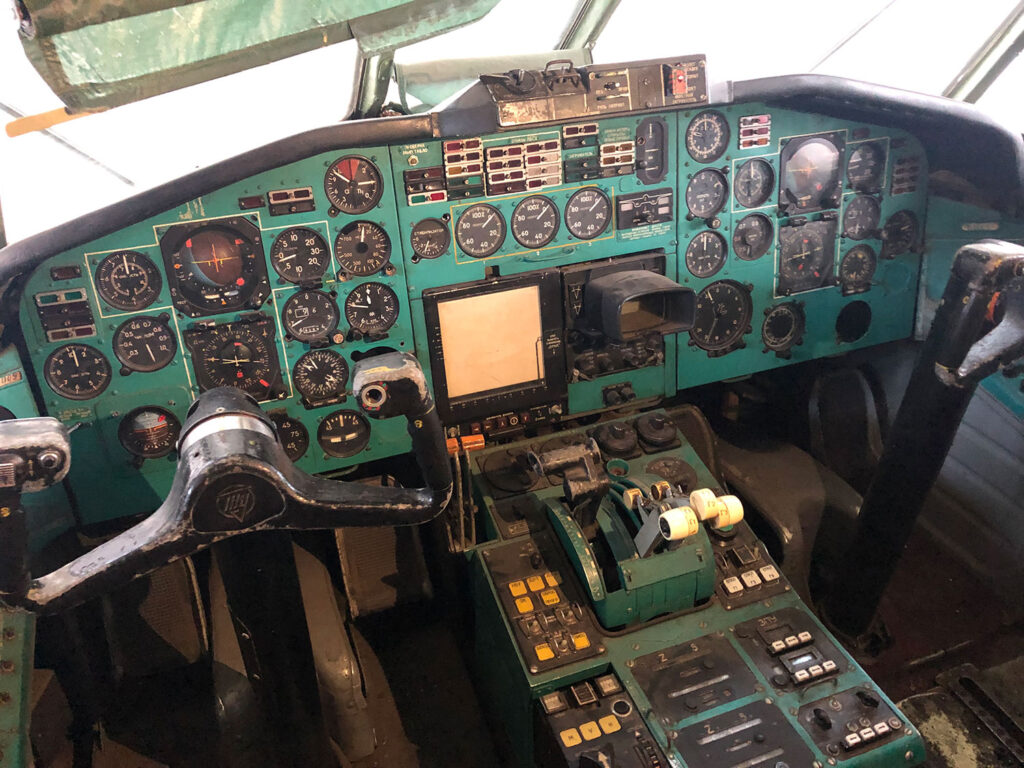 Another Tu-154 in Kiev is UR-850009, one of the first examples to fly passengers. It is used as a technical trainer by the National Aviation University, and can be seen by request.

[A Visit to the National Aviation University in Kiev]

The Orenburg Aviation Museum has Tu-154B-2 RA-85603 on display. This was a former Aeroflot and Orenair machine which was retired in 2011. 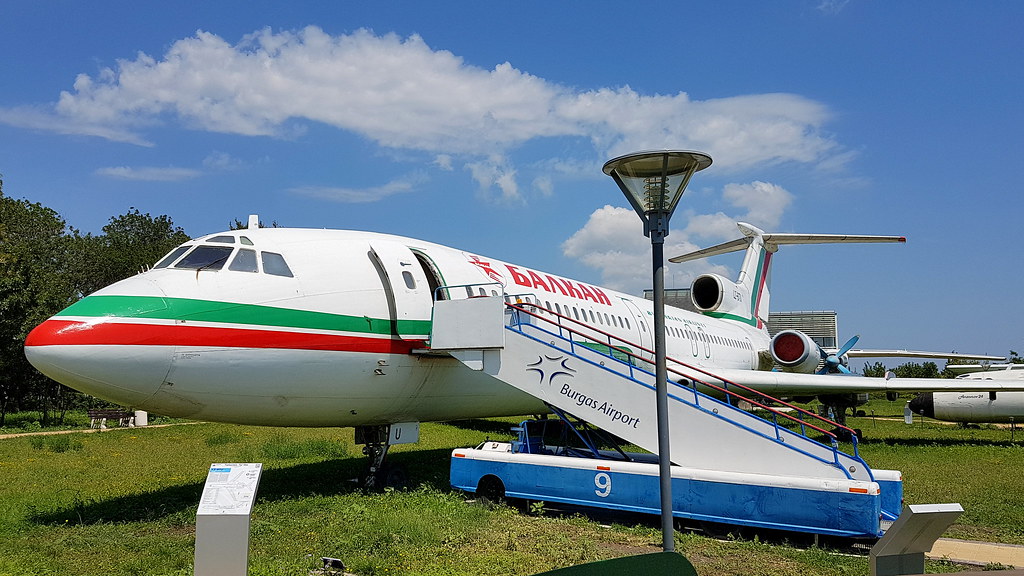 LZ-BTU is a former Balkan Bulgarian Tu-154B-2 built in 1981. It is now on display outside the airport terminal at Bourgas at the Aviomuseum collection of aircraft. 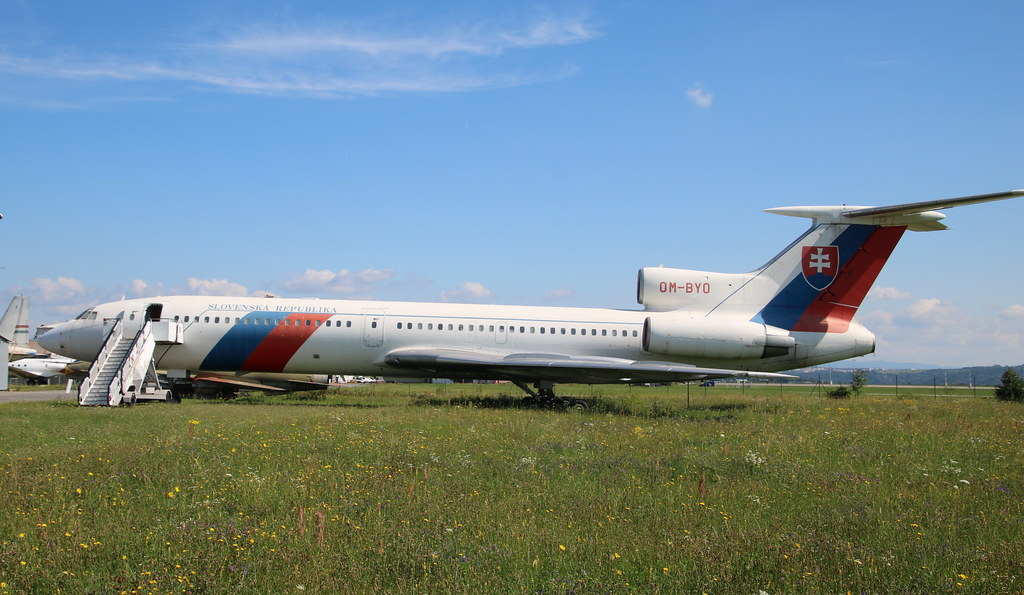 The Museum of Aviation at Košice, located next to the city’s international airport, has a Tu-154M OM-BYO on display. 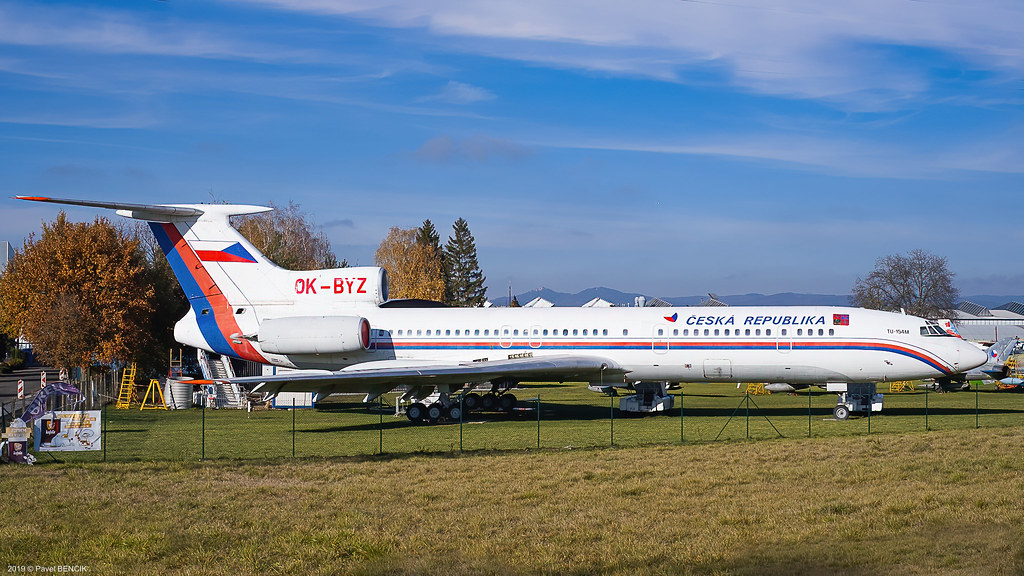 OK-BYZ was another former VIP Tu-154 aircraft, flying for the Czech Air Force until retired in 2016. It is now on display at the Slovacke Letecke Muzeum at Kunovice. 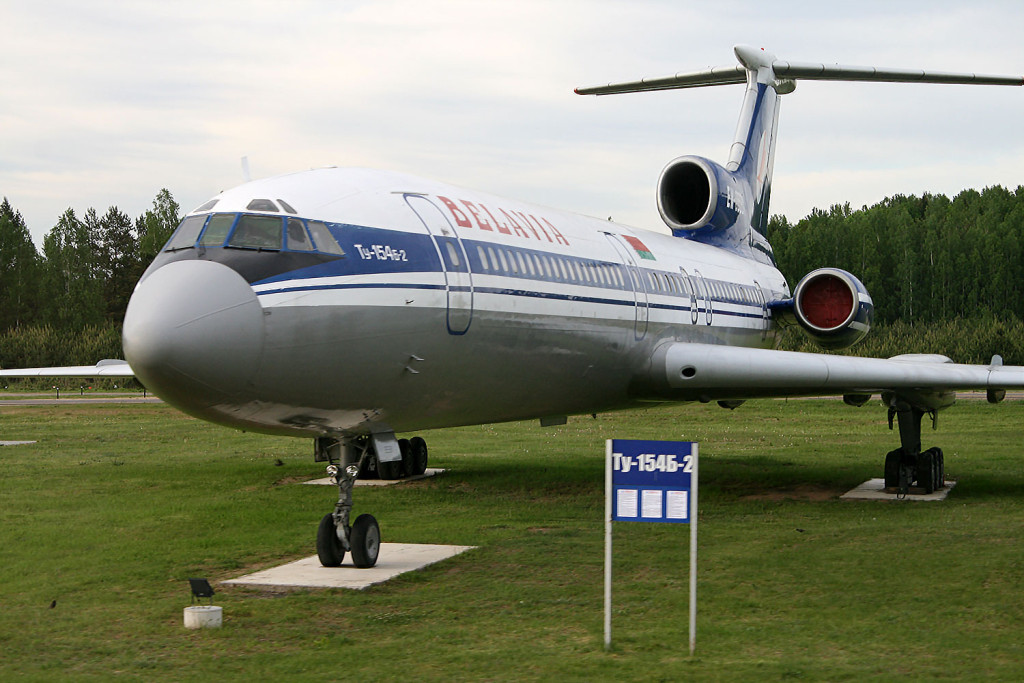 Former Belavia Tu-154B-2 EW-85581 is preserved among a few other Soviet aircraft alongside the road leading to the terminal at Minsk National Airport. 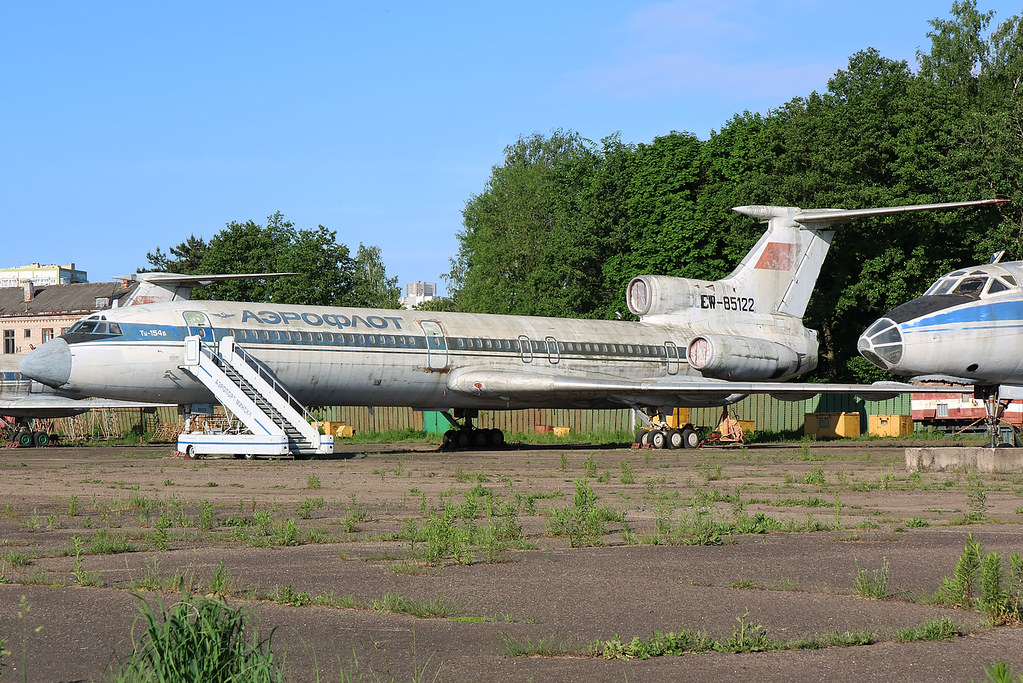 Another Tu-154, EW-85122, is at the State Aviation College in Minsk, wearing Aeroflot colours. 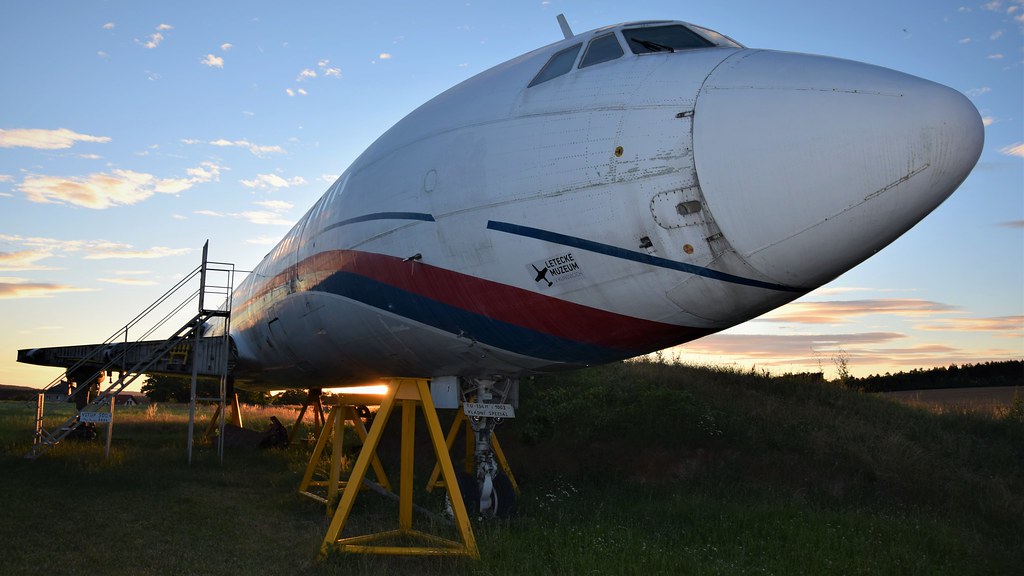 Another Tu-154 in the Czech Republic is ‘1003’, on display in a mostly complete form at the Zruc Air Park. It was also a Czech Air Force example, and a very late-build aircraft which first flew in 2000.

Former Soviet Air Force and Aeroflot-Ulyanovsk Tu-154B RA-85061 is displayed at the Aeroflot Museum of Civil Aviation at Ulyanovsk in south west Russia. 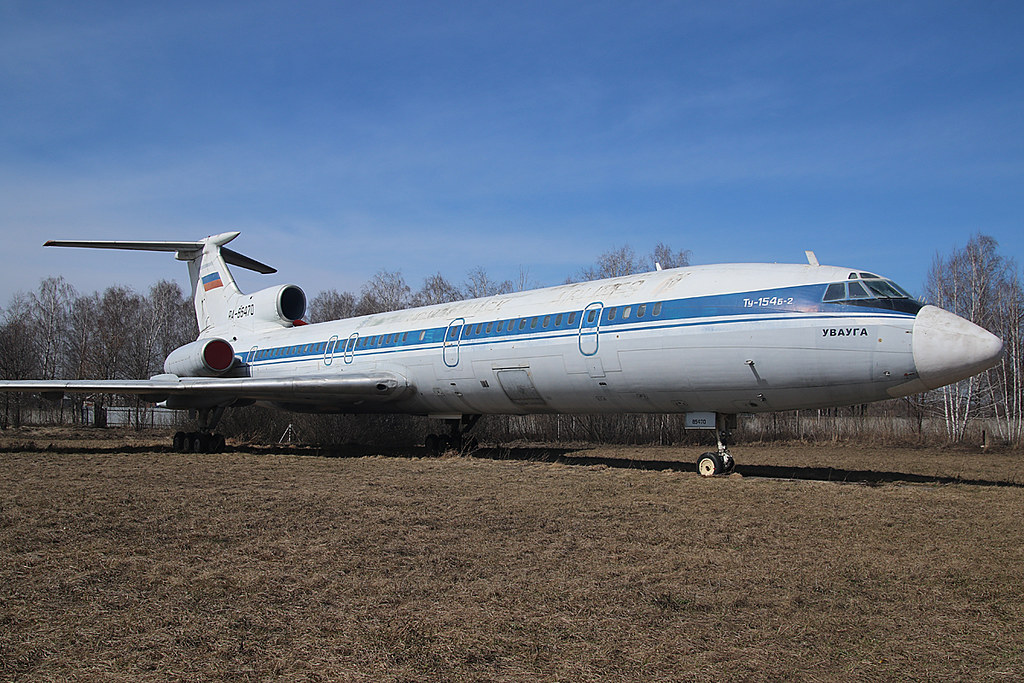 Tu-154B-1 RA-85261 is quite easy to find if you make the journey to Kogalym in central Russia. This former Aeroflot and Sibir Airlines aircraft is now preserved out in the open at the Park of Military Equipment in the city. 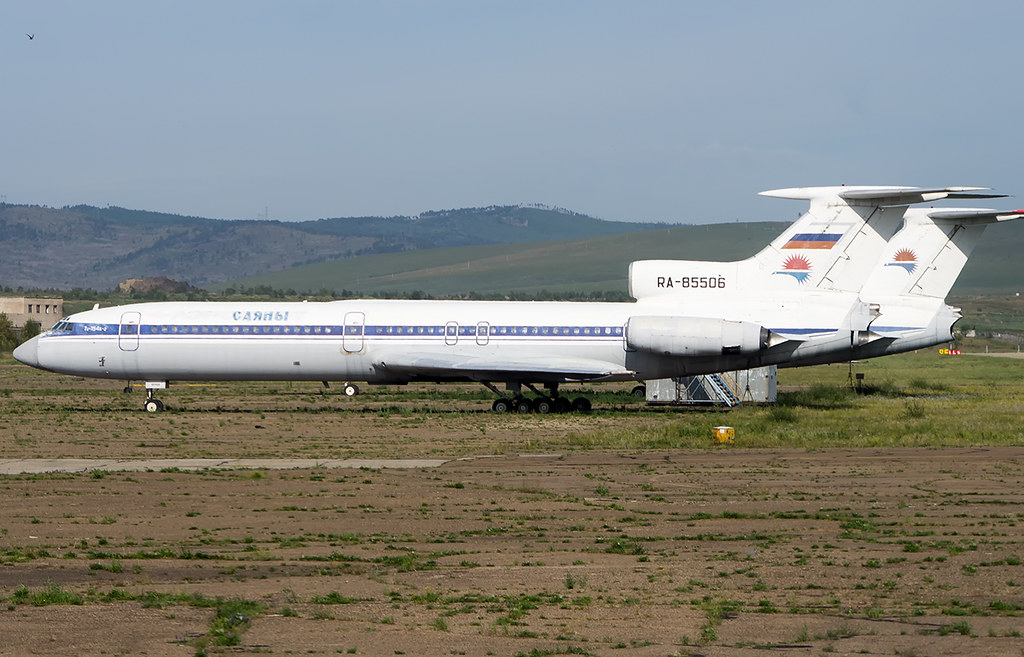 This northern city has an aviation museum, and preserved there is Tu-154B-2 RA-85386, previously flown by various Aeroflot subsidiaries, until retirement in 2006. 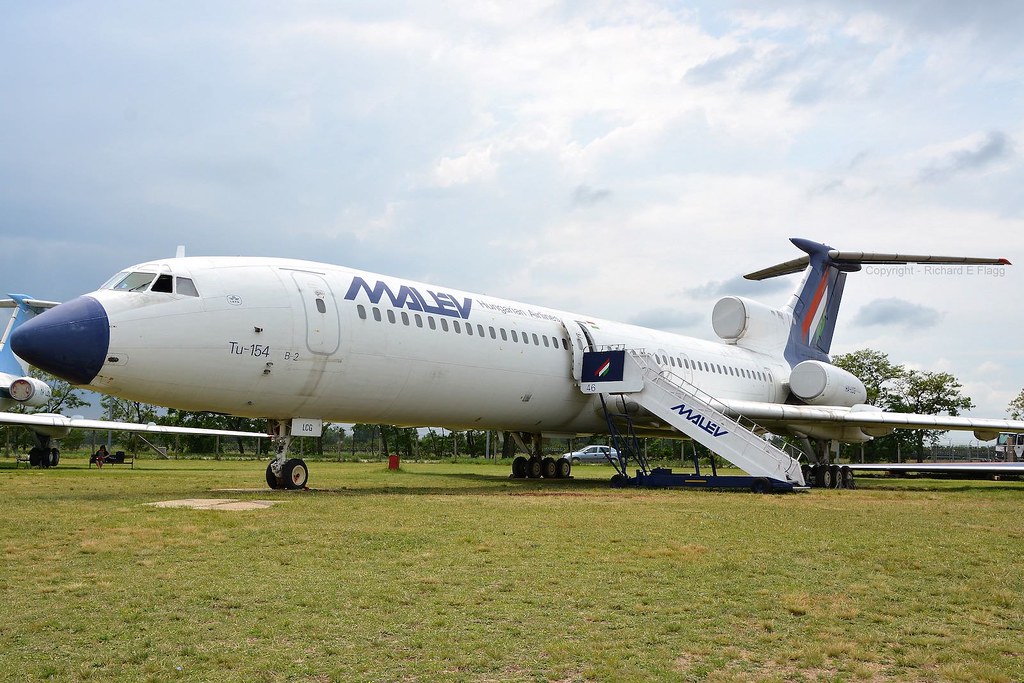 HA-LCG, formerly of Malev, is displayed at the Aeropark museum outside the terminal at Budapest Airport. This is a lovely collection of Soviet types which previously flew for Malev. 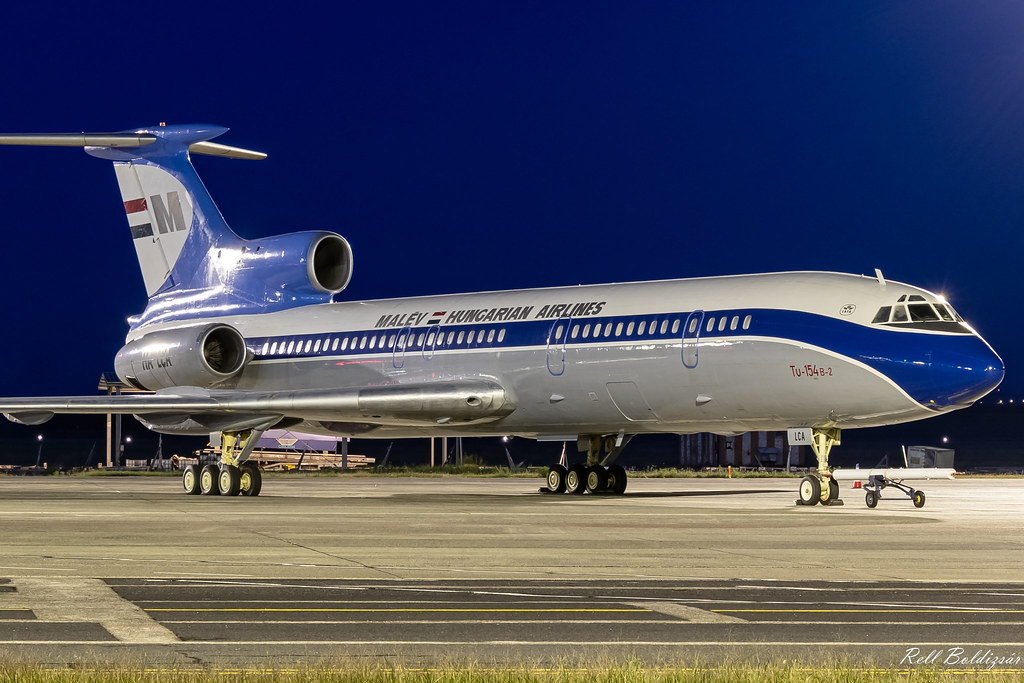 HA-LCA is currently stored at Budapest Airport, having been painted in classic Malev livery a few years ago. It is used as a training aircraft and can usually be seen from the terminal.

HA-LCE is another retired Malev TU-154 at Budapest Airport, used also in an educational role.

The nose section of HA-LCF is preserved at the Budapest Transport Museum in the city. 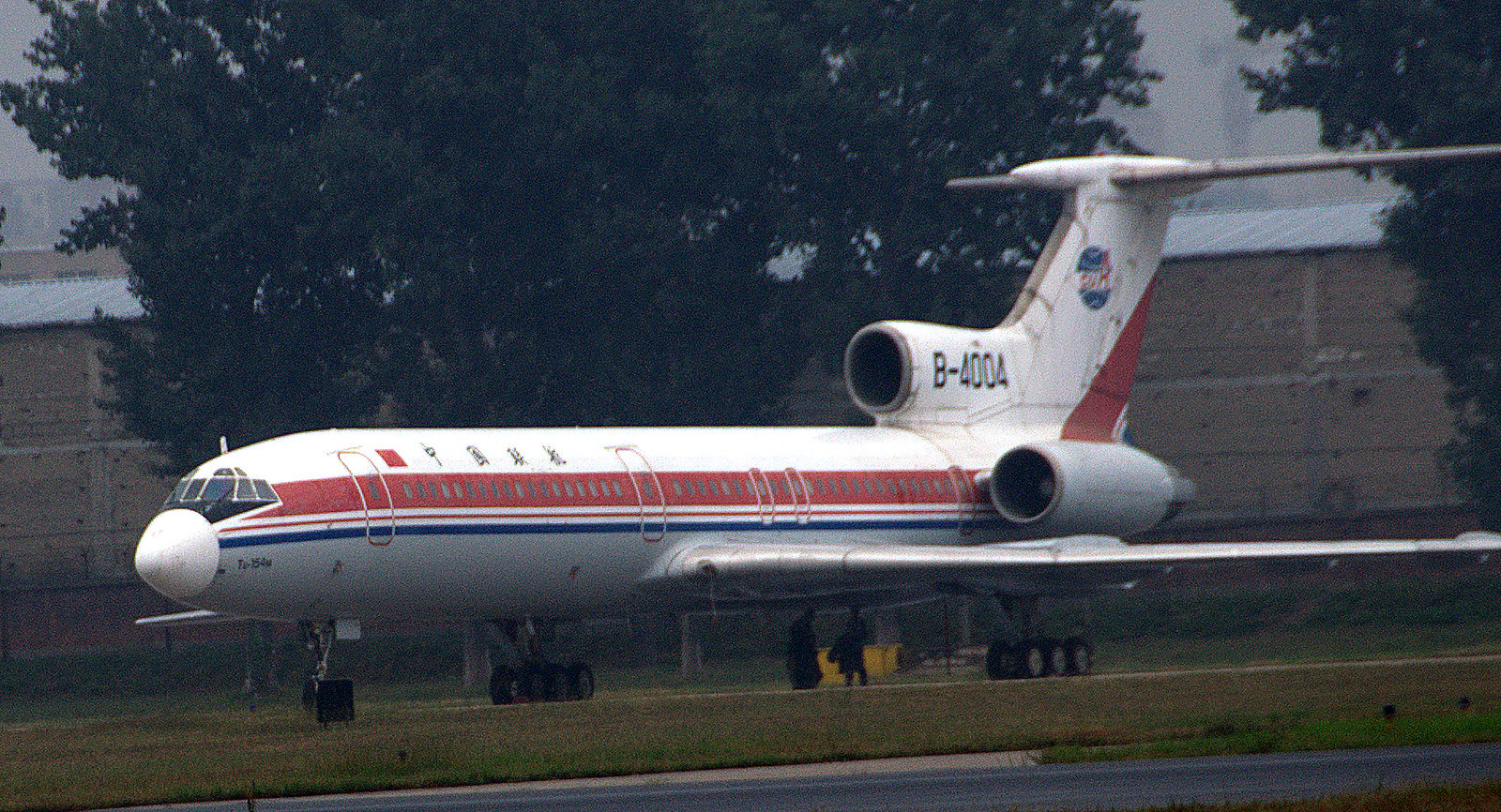 At the now-closed Nan Yuan airport in Beijing is former China United Airlines Tu-154M B-4004. It is part of the aviation collection here, but may be scrapped as the airport site is redeveloped. 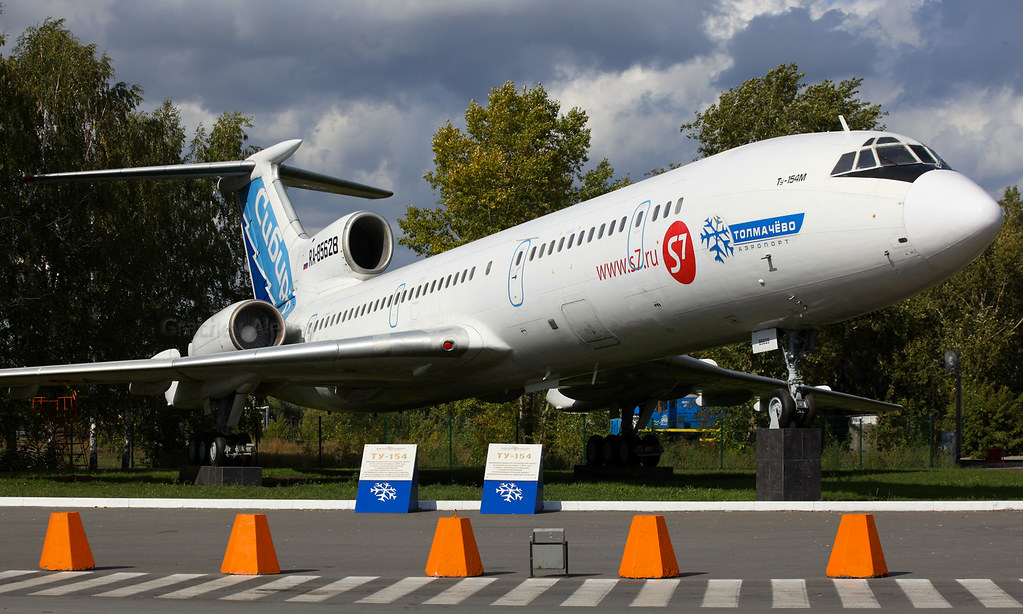 A large exhibit at the Tolmachevo Museum of Aviation History at Novosibirsk Airport is Tu-154M RA-85628 which previously flew for Aeroflot, Vnukovo Airlines, Sibir Airlines and S7 Airlines. 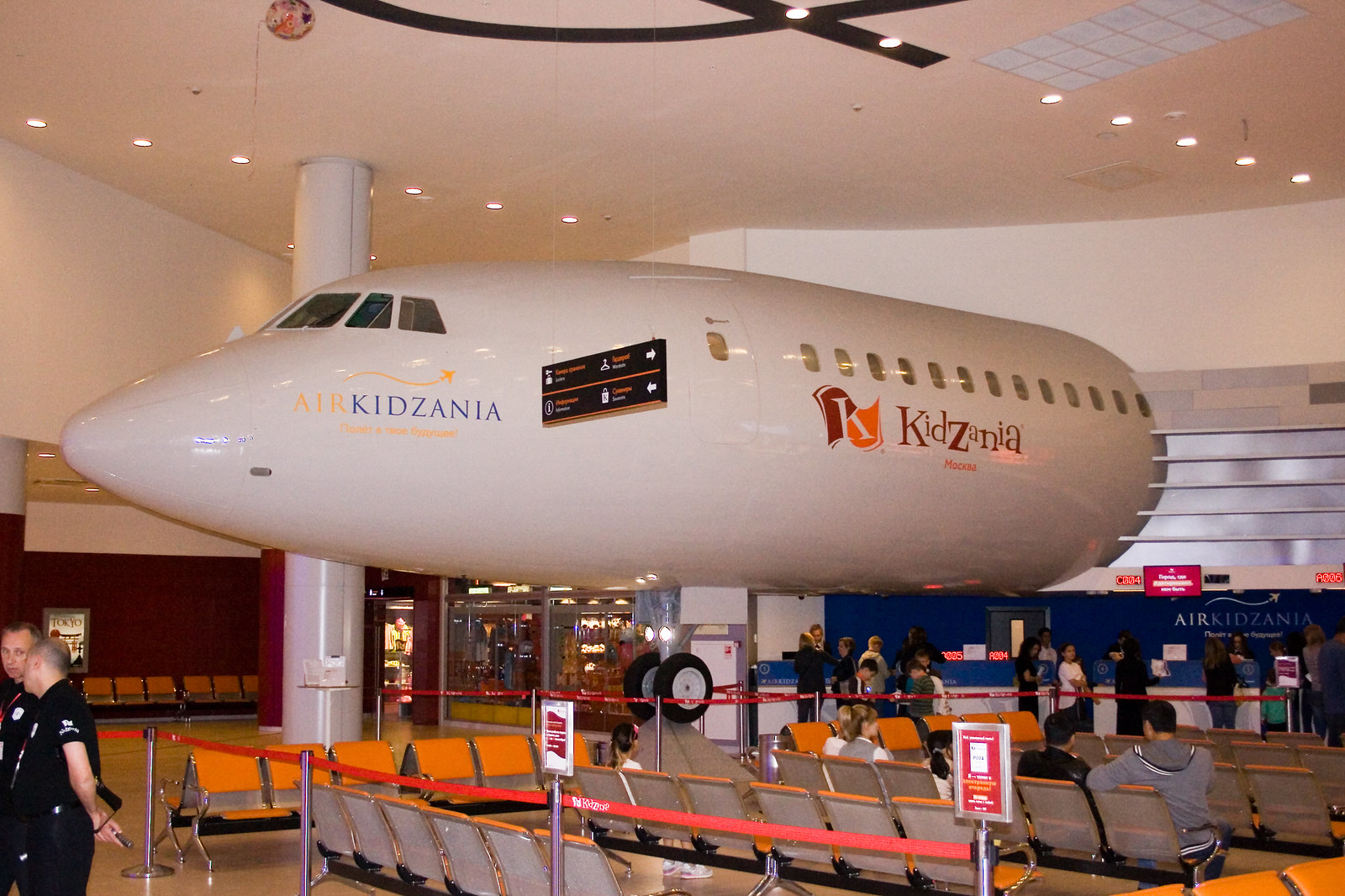 Tupolev Tu-154M RA-85848 survives partially in the Kidzania attraction at Moscow’s Aviapark shopping centre, on the site of the former Khodynka Aerodrome. The forward fuselage is located within the mall. 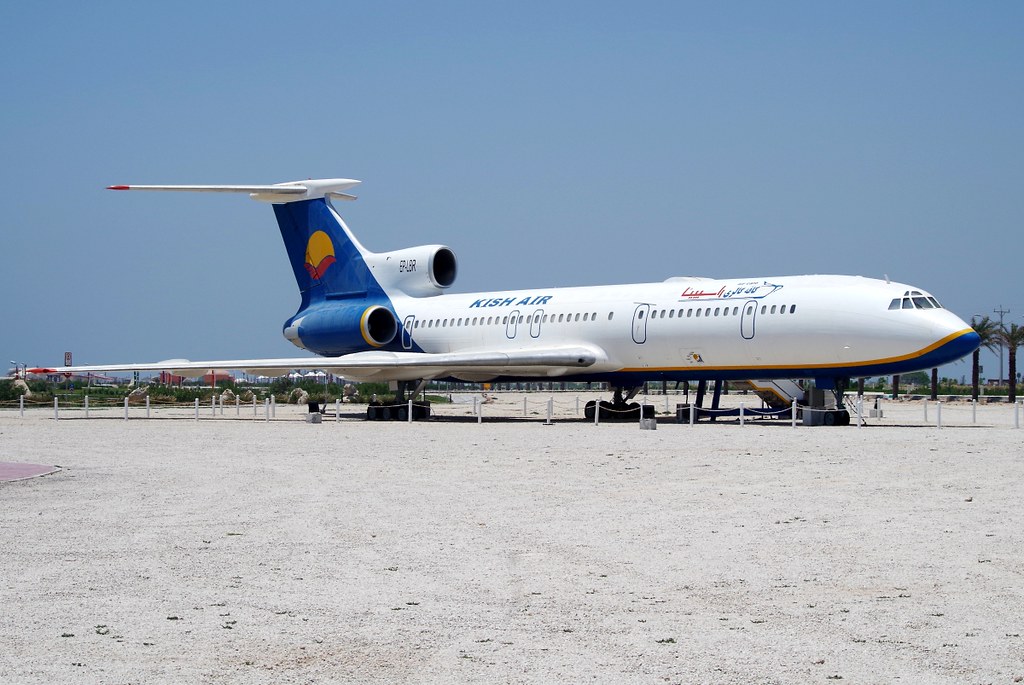 An attraction near the beach at Greek Ship on the western side of Kish Island, Iran, is former Kish Air Tu-154M EP-LBR. It is still painted in the colours of the airline, and is apparently in use as a café.

Also used by the Saha Airline Training Center on the south side of Tehran Mehrabad Airport is former Caspian Airlines Tu-154M EP-CPO still in full livery.

There are also many stored and derelict Tu-154s around the world, and some of these may end up being preserved in the years to come.