There’s a new storage airport that spotters may want to take note of.

Ciudad Real airport in Spain is one of the so-called ‘ghost airports’ that were built in the hope of capturing the country’s rising demand for air travel.

It was dubbed Madrid South Airport. It opened in 2009, however it has had very few airline services, which have all ended now.

It does have some flight training activities and cargo flights. 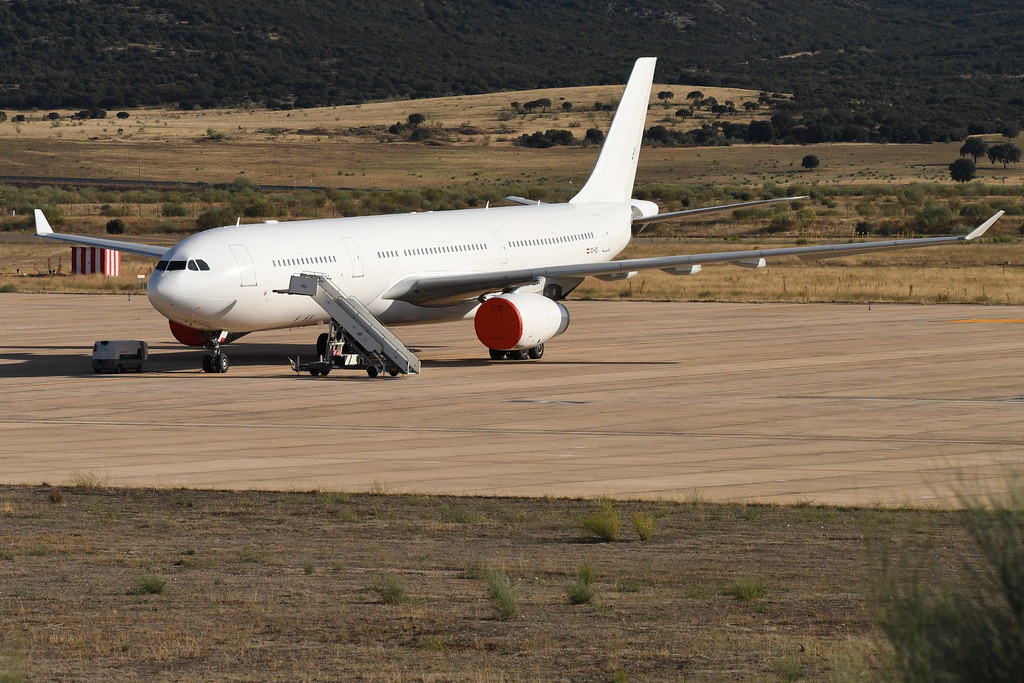 However, with the current downturn in global aviation and the fact airlines are parking and retiring their aircraft in huge numbers, investors have spotted an opportunity to use Ciudad Real as a storage location given its dry climate, long runway and lots of space.

Like Teruel – another recent Spanish storage airport – it’s hoped that Ciudad Real will become a profitable location for long-term storage and recycling of airliners.

Which Aircraft are Parked There?

So far quite an interesting mix of airliners have been sent to Ciudad Real.

Other aircraft stored at Ciudad Real include a bunch of South African Airways Airbus A319s, around 20 Vueling Airbus A320s. More are expected to follow.

You can find out the latest movements by checking this website: https://www.ciudadrealairport.es/

Ciudad Real airport is located a few miles to the south of the city.

At the entrance to the airport is a roundabout, and you will find a bridge over the railway tracks which has a good view over the western end of the runway and the main parking apron.

Its elevated position allows views of most of the stored aircraft, however heat haze can cause problems.

Similarly, the areas around the Cañada de Calatrava railway station near the previous spot also has views towards the parked aircraft.

Have you been spotting at Ciudad Real? Why not share your pictures or reports in the comments section below!

Which Will Be The Most Prominent Airlines in...

As per my previous post, at least this Airport is seeing some action! I flew there when it was open on Air Berlin from Palma, I have close family in the City itself. The Airport is around a 20 minute drive from Ciudad Real, which is accessible in around an hour by fast train from Madrid Atocha, probably the quickest way to get there (there is no station at the Airport, although one was planned). Car rental is available at the train station so anyone wishing to tag this to a trip to Madrid can easily do so. Of course it remains to be seen if this is just short term or if CQM will become another Teruel.