Ireland is a growing centre of aviation thanks to the growth of Aer Lingus and Dublin Airport, as well as low-cost airlines like Ryanair.

Dublin is now a big hub airport, and airports like Cork and Shannon provide some interesting movements; the latter traditionally a place to see airliners in storage or staging through on transatlantic journeys.

North of the border, in Northern Ireland, there are two important airports at Belfast which each have their own merits.

Below we introduce you to some of the best plane spotting locations in Ireland. 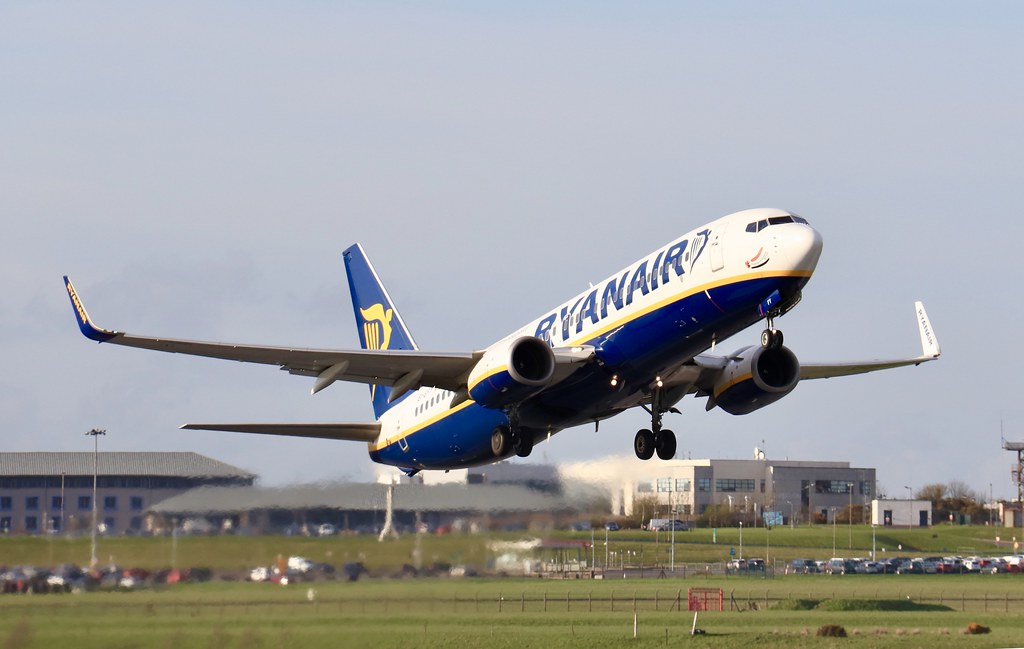 Cork Airport is fairly small, but still active with European and domestic flights, and some leisure routes. Norwegian has also introduced Boeing 737 MAX routes to America from Cork recently.

The top floor of the multi-storey car park next to the terminal is a good place to see aircraft on the ground and using the main runway. Ireland’s busiest airport, and a growing hub in recent years thanks to its proximity to the North Atlantic, and the presence of a pre-clearance facility for US customs. This has allowed the transatlantic network of Aer Lingus to flourish at the airport. It shows no sign of abating as the airline plans to add new Airbus A321LRs to its fleet to open up new routes.

Other carriers like Norwegian, American, Air Canada Rouge and Ethiopian are also exploiting the transatlantic market.

Naturally, Dublin is also a hub for Ryanair and sees carriers from across Europe flying in, as well as freight flights and biz jets.

While no official viewing locations exist, useful mounds alongside the main runway is the go-to place for spotters and photographers.

Following the road away from the terminal, turn on to Old Airport Road, which follows the perimeter. You’ll soon be alongside the main runway, and depending on the direction in use you can find raised spots at either end of the runway which give you an elevated position for photography. 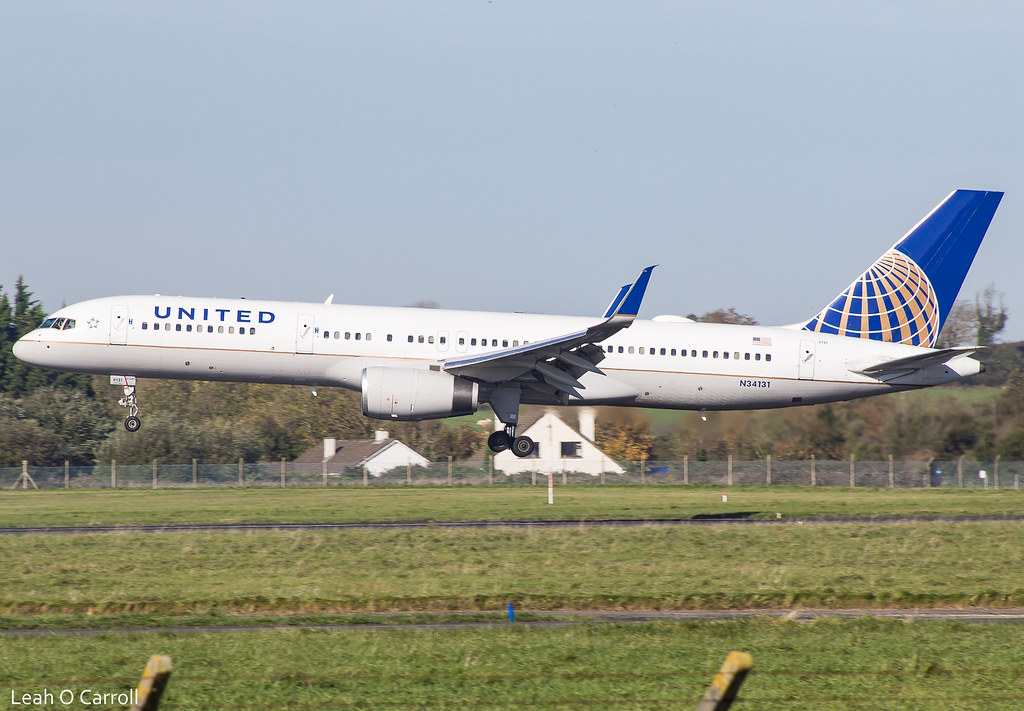 No longer a regular transatlantic stop-off point for many airliners, Shannon still sees its fair share of traffic crossing the pond. In recent years British Airways has started using it as a staging post for its London City to New York Airbus A318 flight, and it still has seasonal links with American Airlines, Delta and United. Otherwise, traffic consists of summer charters, and European schedules by Aer Lingus and Ryanair. Cargo traffic is fairly busy with carriers such as ASL Airlines, Turkish Airlines Cargo and Star Air.

The passenger terminal occupies the southern side of the airport. Maintenance and storage areas are on the eastern and northern peripheries of the airport, with a main runway running south west to north east.

Often you’ll see exotic aircraft at Shannon undergoing maintenance or painting, or in storage. There’s also an old Iberia Boeing 727 (EC-CFA) used by the fire service, visible to the east of the terminal.

There is a public viewing area next to the Shannon Aerospace hangar on the northern perimeter of the airport, close to the runway 24 threshold. The majority of aircraft use this direction for landing, so you will see most movements. The fence is a little high for photographs unless you have a step ladder. By Ardfern (Own work) [CC BY-SA 3.0 (http://creativecommons.org/licenses/by-sa/3.0) or GFDL (http://www.gnu.org/copyleft/fdl.html)], via Wikimedia Commons

Built in the docklands, in sight of the famous Harland & Wolf cranes where the Titanic were built (and now the excellent Titanic Museum), Belfast City is a compact airport close to the city centre and very busy with commuter flights from across the UK, as well as some flights from Europe.

To the north of the terminal, alongside the runway, is a large IKEA store with a multi-storey car park which can be used for logging and photographing during store opening hours providing you don’t draw too much attention. It is accessed from the next exit of the A2 after the airport (follow signposts for Holywood Exchange). The largest hub in Northern Ireland, and the second-busiest airport on the island, Belfast International is a base for easyJet and Jet2, and is also served by leisure airlines and some international carriers.

The Army base on the south side of the runways is very quiet these days, but occasionally has an interesting movement.

A small parking area to the east of the airport offers fairly decent opportunities to photograph aircraft approaching runway 25 about half a mile before touchdown. To reach it, drive west from the airport on Airport Road and turn right onto Drennans Road, then left at the crossroads with the church. The car park is a few hundred metres on your left (postcode BT29 4EN). 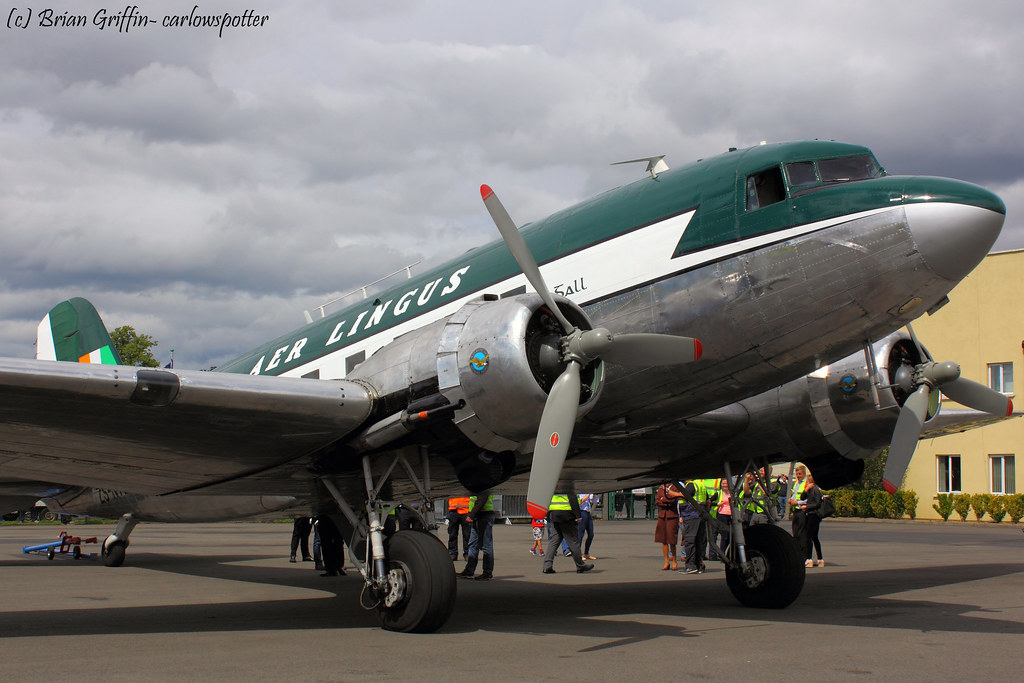 Dublin’s second airport is in the western part of the city. It is usually a base for light aircraft, but in recent times has also been home to the retro-liveried Douglas DC-3 flying around on promotional work for Aer Lingus.

You can see most parked aircraft from the car park, or by using the restaurant in the flying school.

Discover the best places to spot airplanes across the United Kingdom and Ireland in our guide. It covers the best spotting locations at nearly 80 airports and airfields around the UK and Ireland, and is a perfect companion to spotting trips. Includes maps, descriptions, public transport directions and spotting hotels.

What Happened to KLM’s Fokker 70 Fleet?

Thanks, Matt, for this article interesting as always. BTW, I heard that there is a café/restaurant in the older terminal in t he public area of Dublin, similar in location and layout to the nowadays sports café in Madrid-Barajas. Could you be specific? Thanks in advance.

Hi Daniel, its the Alcock & Brown Cafe in terminal 1 before security. It has a limited view from a few tables.
Matt

From Dean, when I have been to Dublin, via Ryanair from Stansted, I find it easy to leave the terminal, turn right and follow the perimeter fence around the airport, then after about 30 minutes walk on the opposite side of the road, there is a mud bank, from there you can spend all day there. as the planes have either lifted if a easterly wind is blowing, off one way, or if they you can photo them if landing the other way is a westerly wind, you might just get the top of the fence in some shots.